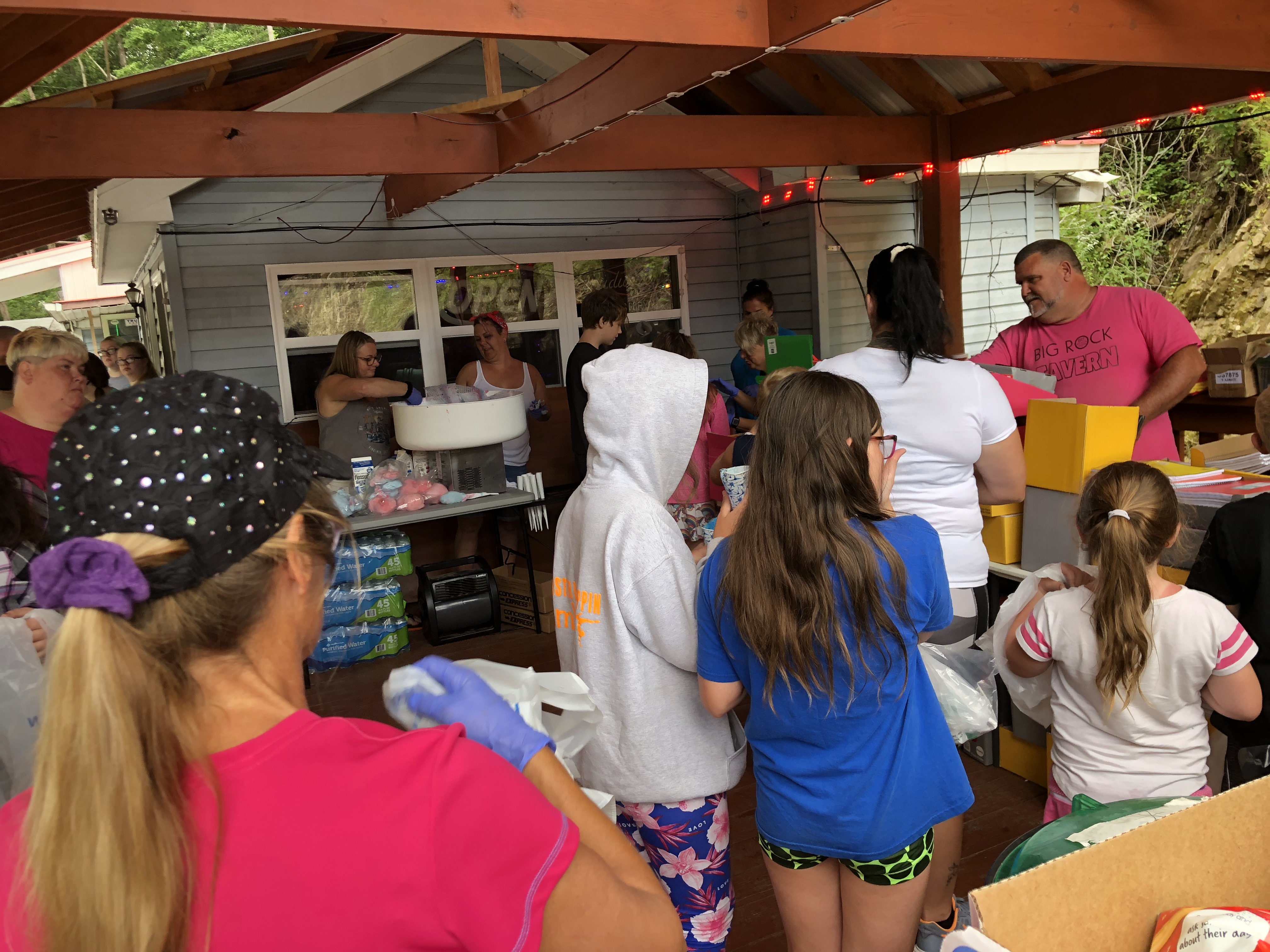 LAFOLLETTE, TN (WLAF) – Excitement filled the air as children and their families lined up for school supplies not knowing they’d be treated to snow cones and cotton candy, too.  Carl and Leigh Blankenship, owners of Big Rock Tavern, hosted their second annual school supply give-a-way on Sunday, and it was bigger than last year’s. 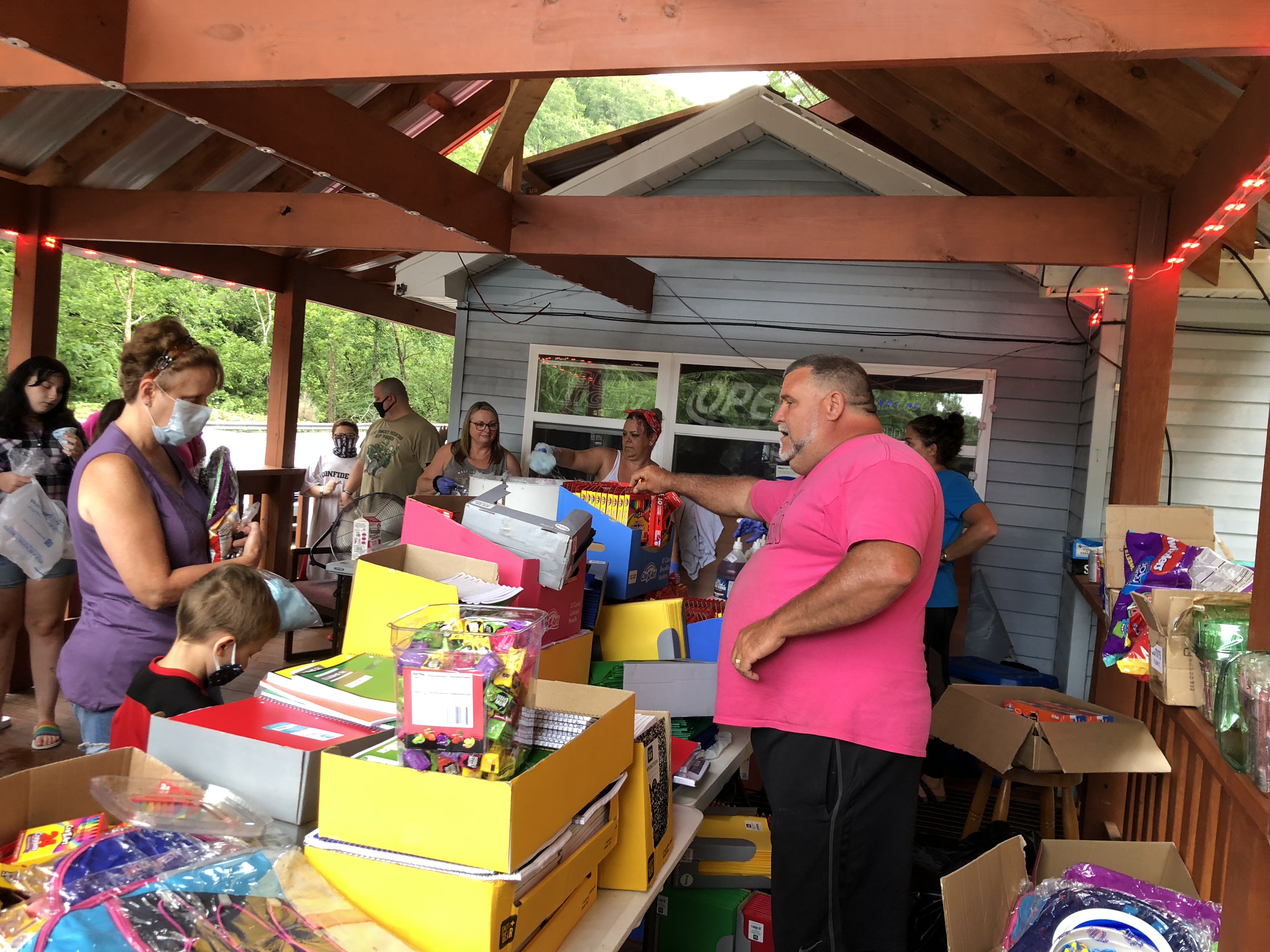 Carl Blankenship reaches for a box of CraZart Super Washable Markers for this young man.

Truth be told, Carl was having more fun than the students. “What color do you want?  Ever been trick or treating?  It’s the same thing.  Just open up your bag.  Did you get a pencil sharpener?  My, you’re tall for a sixth grader!  Oh, you’ll need some glue sticks.  Have a snow cone,” Carl commented as youngsters came through the line.

From Glade Springs to Elk Valley to La Follette, Jacksboro  and Caryville, people flocked to the tavern on the north edge of La Follette.  “I heard about it on WLAF.  Facebook is where I found out.  My mom heard it from somebody,” said little ones when asked how they found out about the school supply drive.

Elsie Phillips, also known as Nanny, and her family arrived at 8:30 am ahead of everyone else.  They were at the first school supply give-a-way last year. 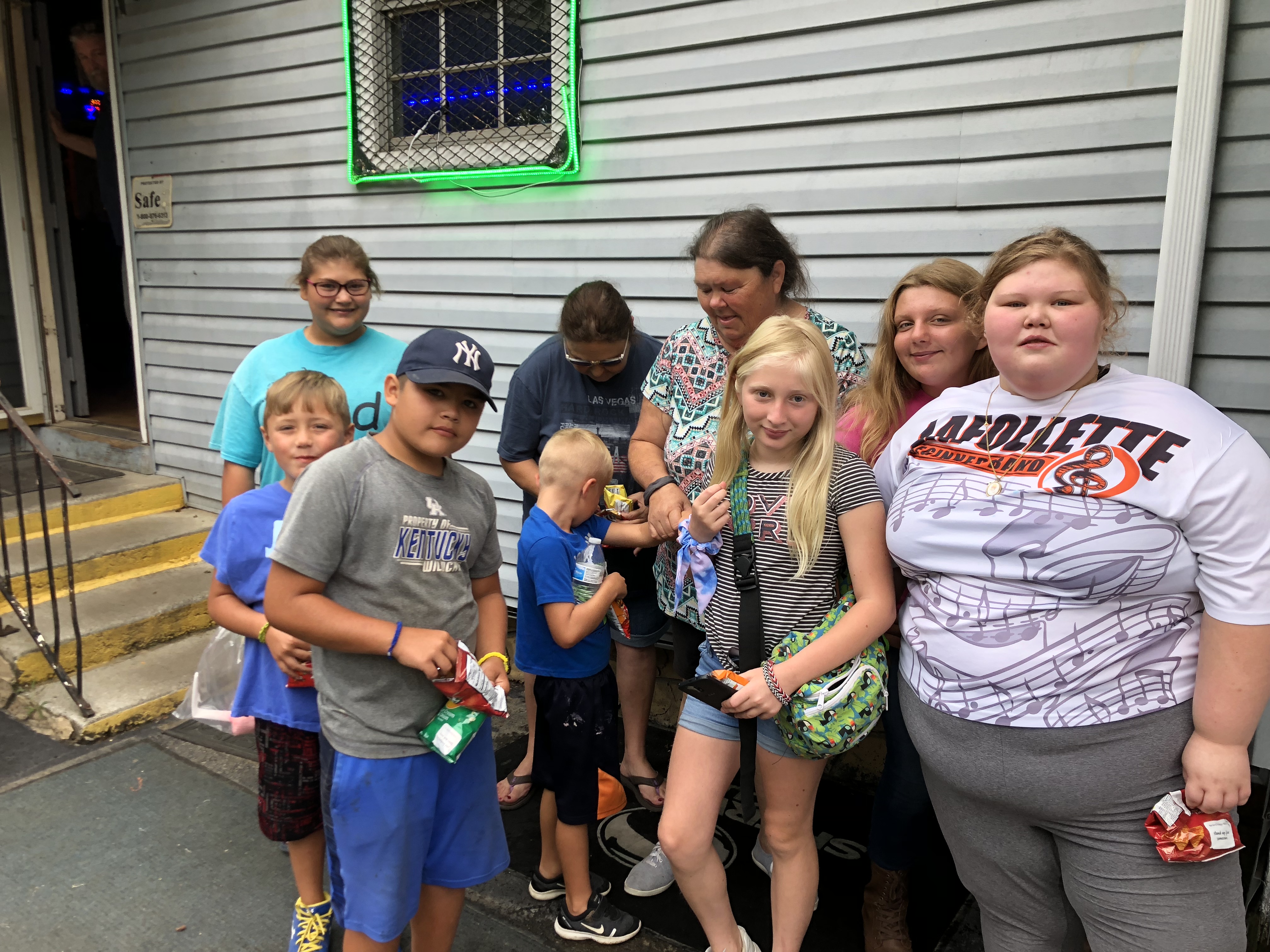 “It went great!  The kids and parents enjoyed it, and I absolutely loved it,” said Carl.  Leigh noted, “They are so precious.  It’s the best feeling to see them and talk to them, cut up, throw ice and such.  We just love every single one of them. They deserve it all, because it’s all about them.” 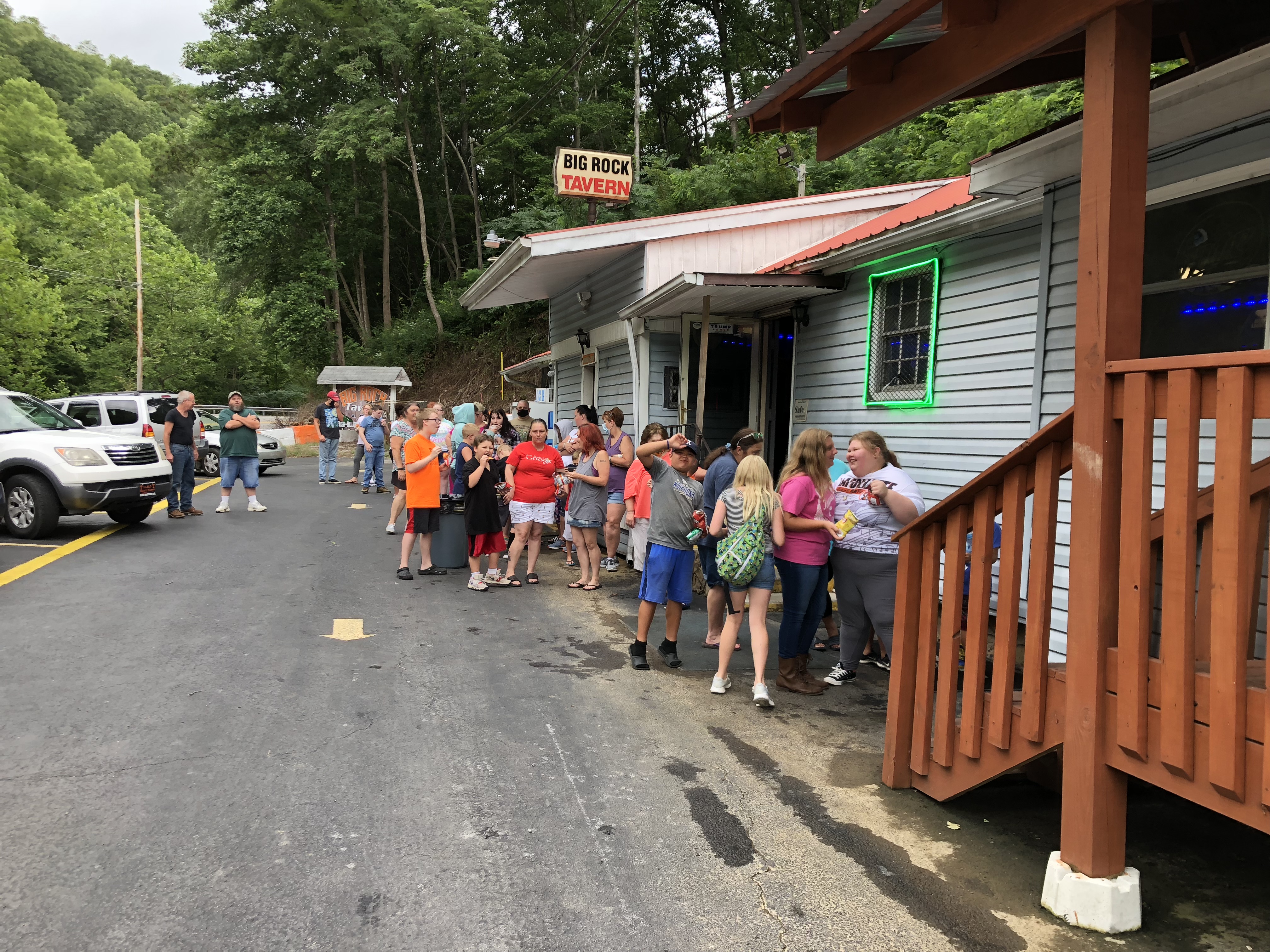 The line was long well before the 9 am start time.

Carl estimated they had just a little under 300 students attend the event. 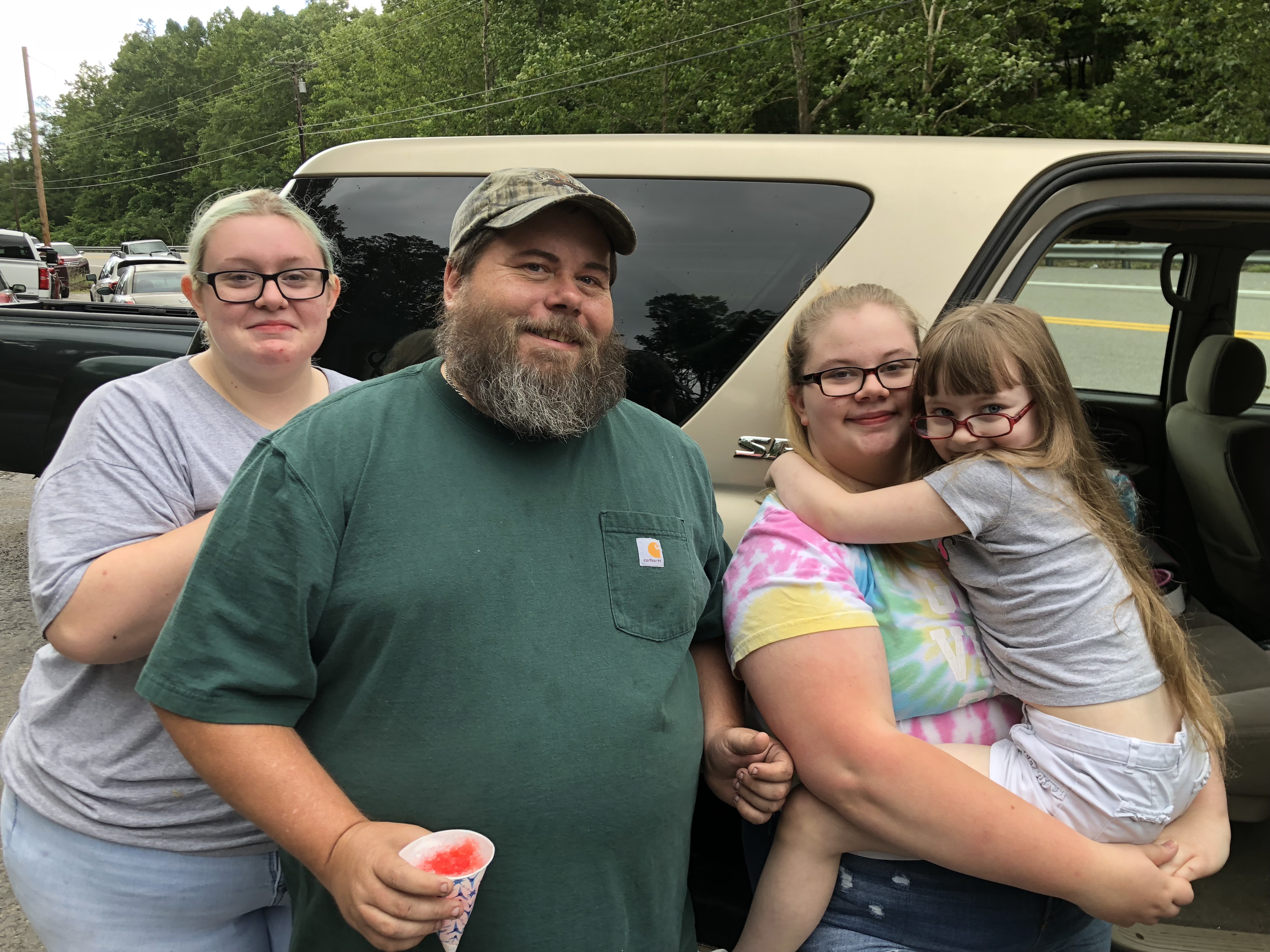 “We came away with snow cones, cotton candy and a whole bunch of school supplies,” said David Minton of La Follette.  Minton’s three daughters, Kimber, Whitney and Victoria are ready to head back to school this week.  It was the Minton family’s first time to a Big Rock Tavern school supply give-a-way.  “This is awesome,” he added.