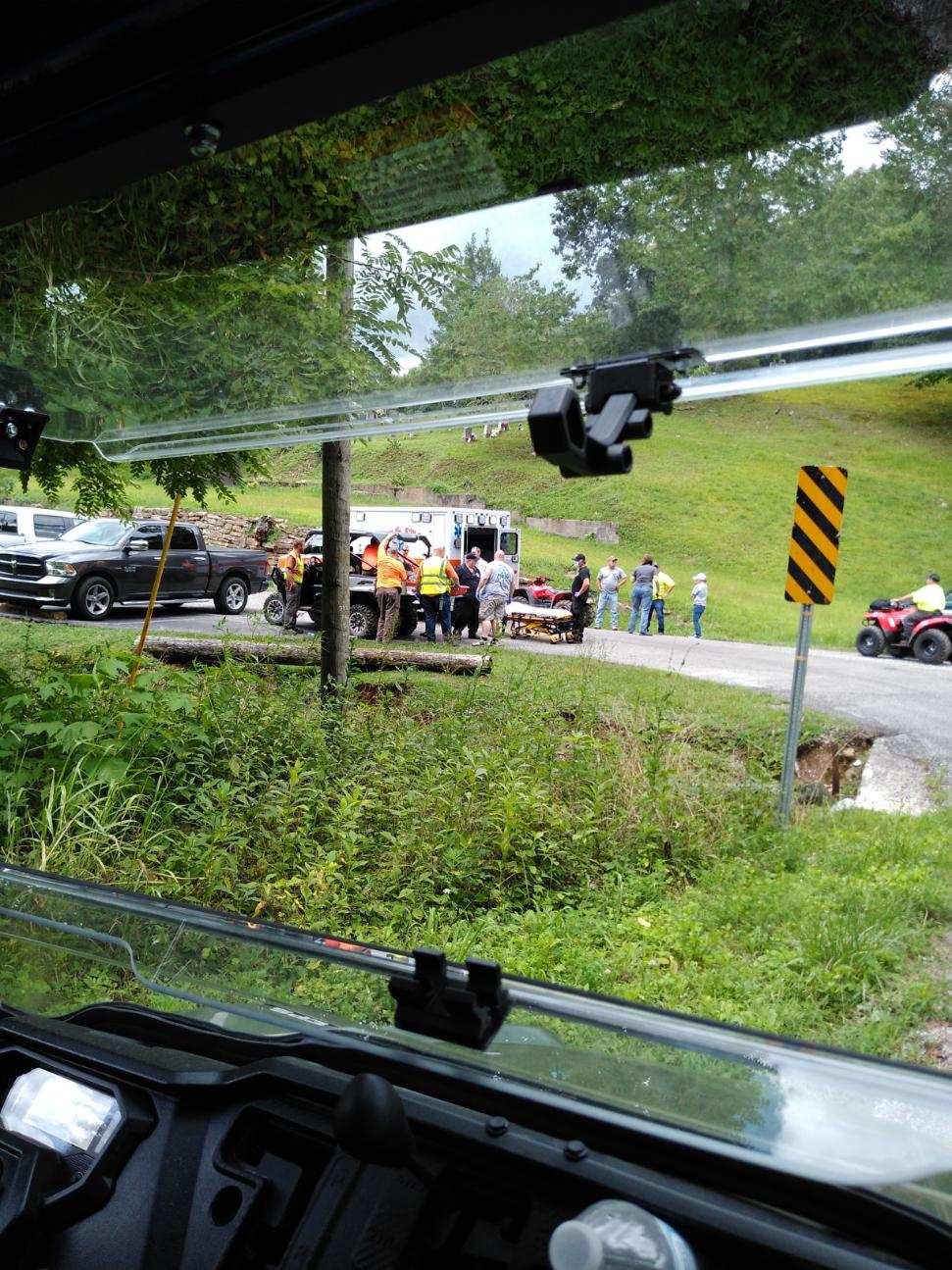 TOP PHOTO:  Missing Morgan County man William Whitten was found on Saturday and was loaded into an ambulance and taken to a medical helicopter.  He was then flown to a Knoxville hospital. 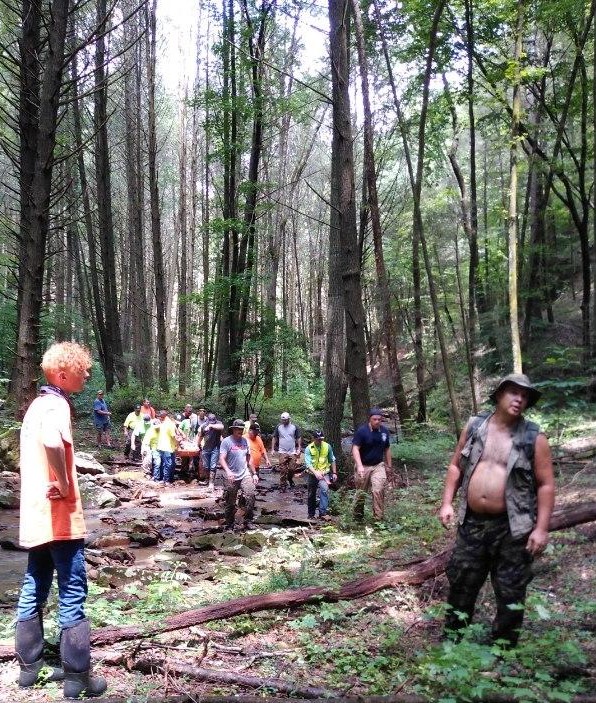 William Whitten had fallen down an embankment was found lying in a creek bed.

GOBEY, TN (WLAF) – It’s a story that doesn’t always have a happy ending; a missing elderly person with dementia.  For 84-year old William Whitten, it was a happy ending.  The Morgan County man in the early stages of dementia had been missing since Thursday afternoon and was found some 45-hours later on Saturday afternoon. 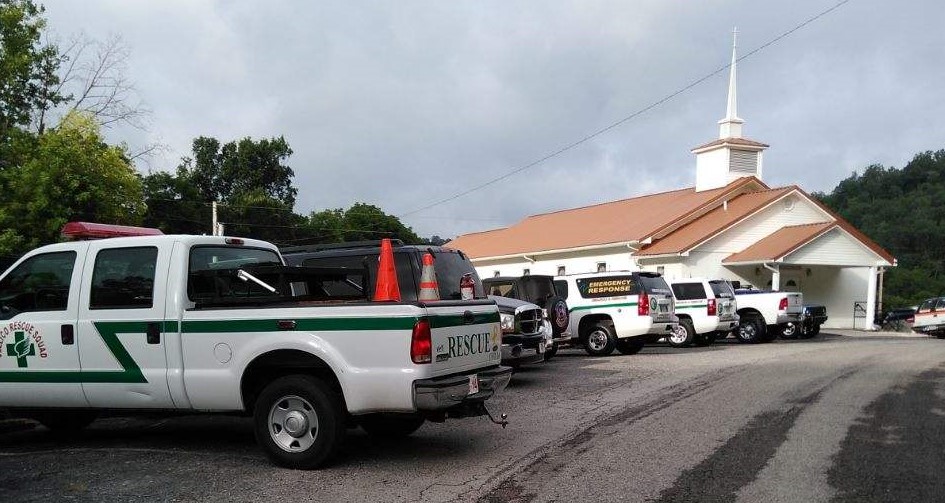 Several agencies from around the region assisted including the La Follette and Jellico Rescue Squads. 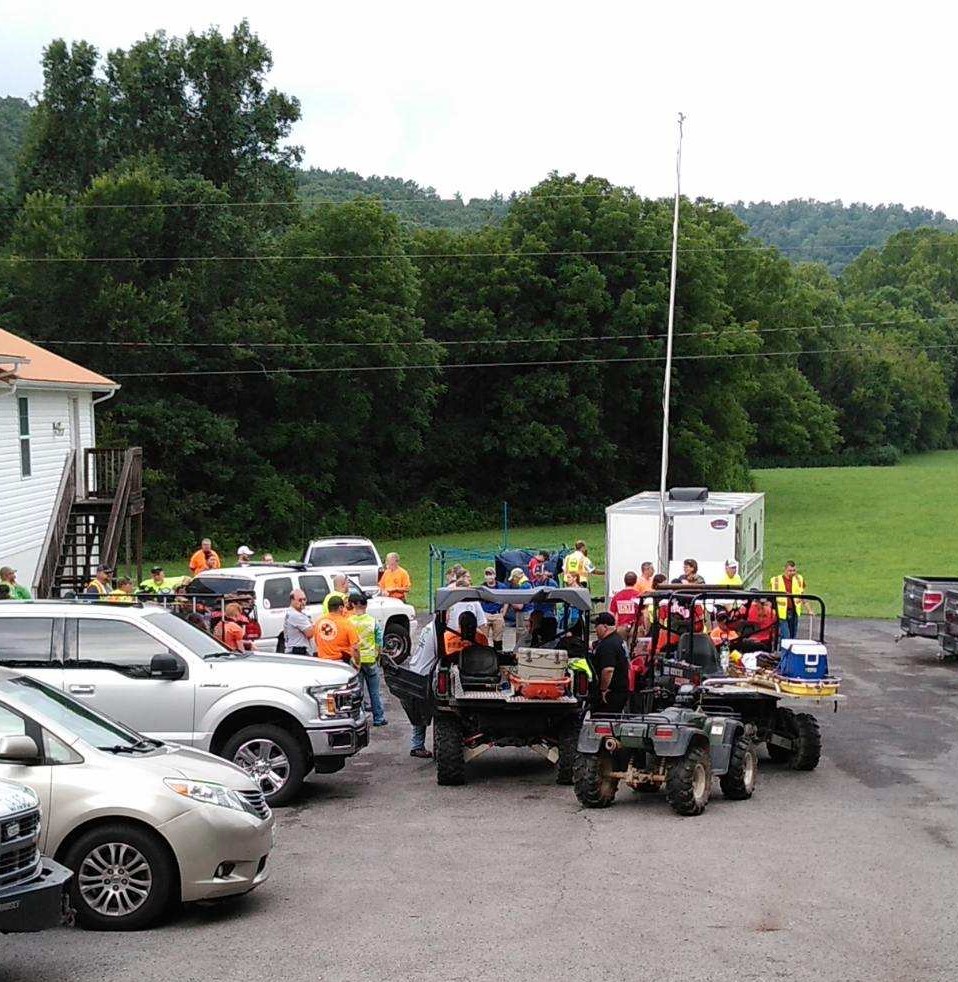 The staging area was set up at the Elizabeth Baptist Church.

The chief noted that the area where he was found was rough and heavily wooded.  In addition to man power, the LRS also brought along its side-by-side and an ATV to aid in the search.