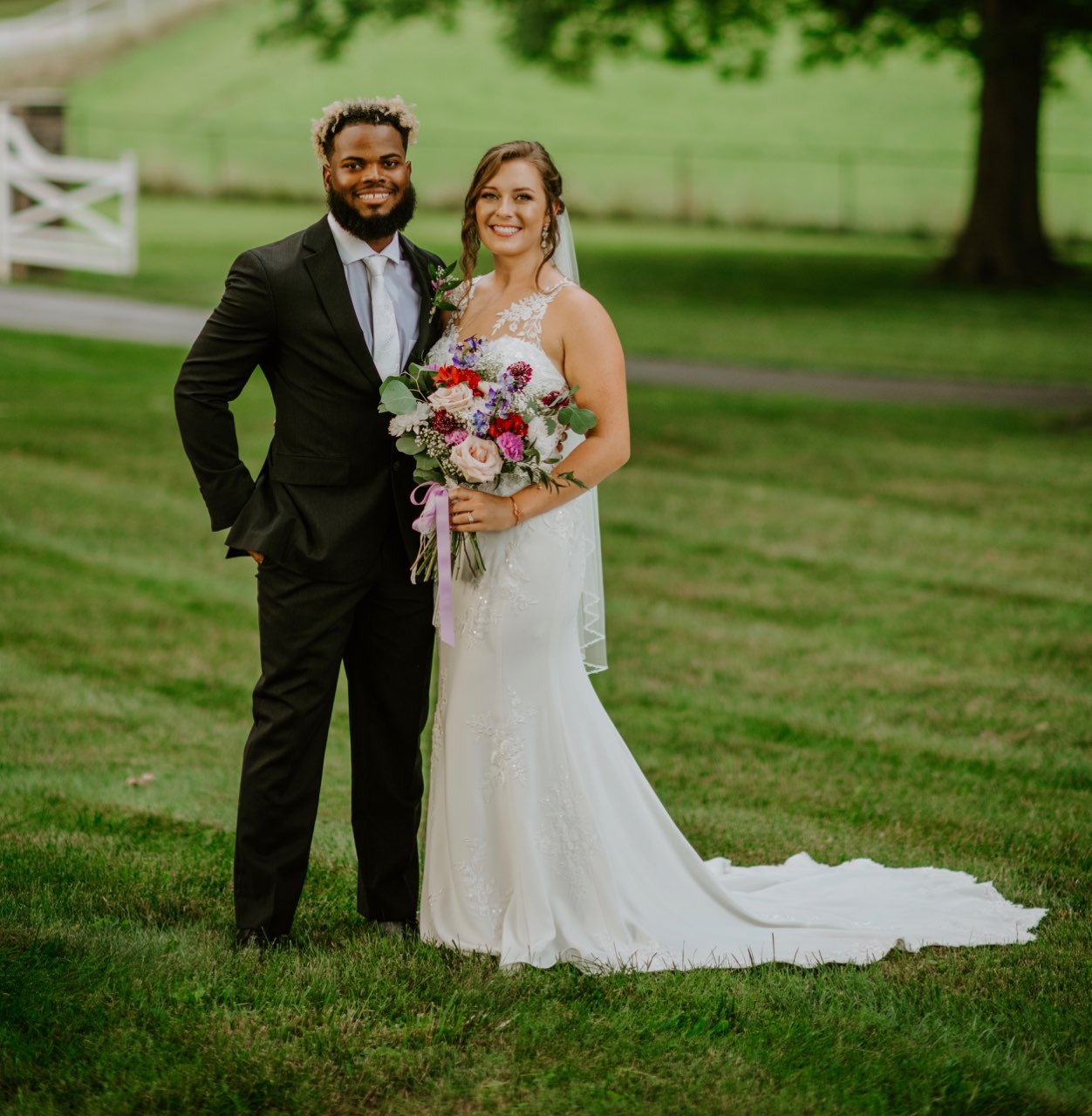 LAFOLLETTE, TN (WLAF) – Sarah Elizabeth Cain and Wade Arthur Weinburger, Jr. were married on July 5  at 6:30 pm at the  ClaiHill Farm in La Follette.Wade will start his masters degree this upcoming fall at Bryan College. The couple will reside in Dayton, Tn., for Sarah to complete her senior year of basketball and for Wade to complete his final year of baseball.

The couple met at Bryan and began dating in the spring of 2018.

The bride wore an ivory sheath styled Stella York dress with lace appliqués and a sweetheart neckline.  The appliqués extended over mesh on the neckline and keyhole back. The dress had a chapel length train.  She carried a bohemian inspired bouquet of lavender and red hues with lush greenery, hand tied with a sentimental handkerchief for her “something old”. 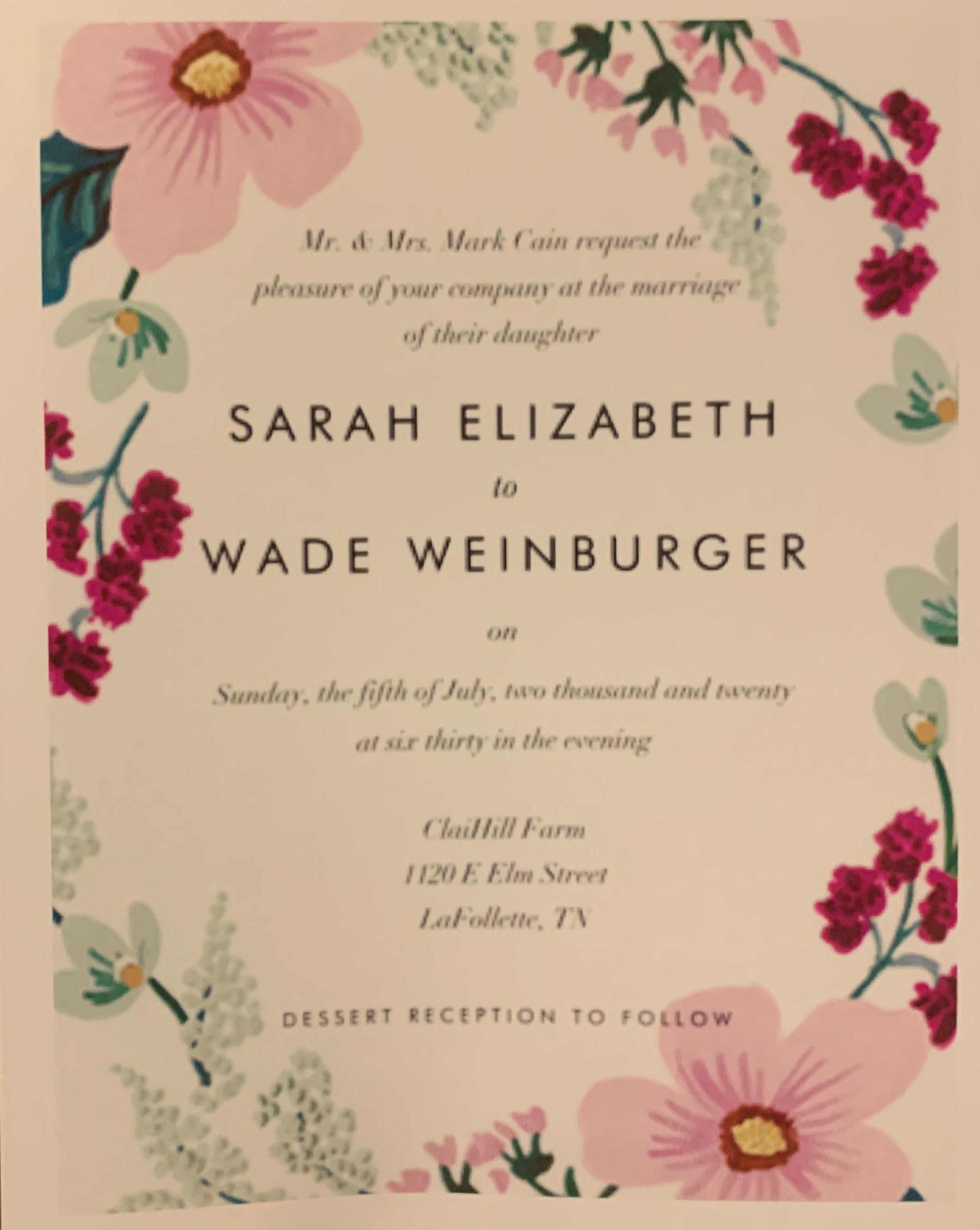 Sarah has lived in Jacksboro for the last eight years.  Wade is from James’ Cistern, Eleuthera, The Bahamas. They are delaying their honeymoon until the summer of 2021 following Sarah’s completion of her undergraduate degree at Bryan College.

Sarah is the daughter of Mark and Melissa Cain.  Wade is the son of Wade and Tammy Weinburger, Sr.

The bride’s sister, Anna Grace Cain, was the maid of honor, and Shaq Bermudez was the best man.  David Thompson of Silverdale Baptist Church officiated the ceremony.  (WLAF NEWS PUBLISHED – 07/29/2020-6AM)