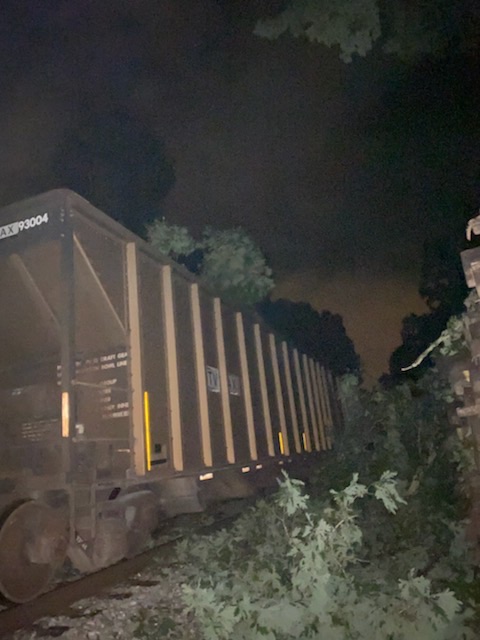 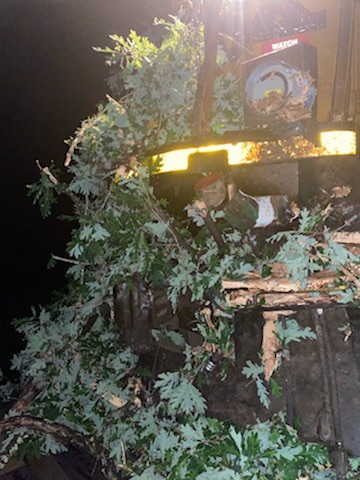 CARYVILLE, TN (WLAF) – The call of a train striking a tree and possibly a fire starting came in to E-911 Dispatch a little before midnight Thursday night.  Campbell County Emergency Management and the Caryville Fire Deptartment responded to a report that a CSX train struck a tree, and it was possibly on fire in the Paradise Cove area.

The CSX crew advised First Responders upon arrival that smoke had been seen in the cab of the train.  Crews checked the engine and no fire was found.  It was determined that the smoke had come from debris that had gotten on the engine area after striking the tree. 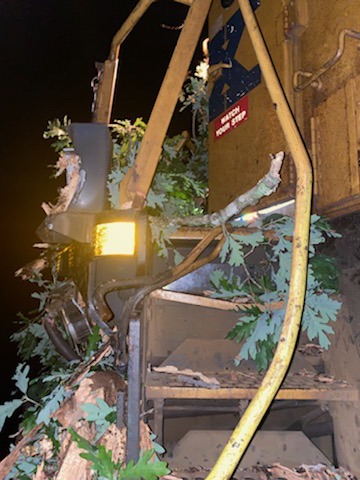 CSX Service crews responded to the scene to inspect the train and clear debris from the train and tracks.  There were no injuries.  (WLAF NEWS PUBLISHED – 07/24/2020-5:30PM-PHOTOS COURTESY OF ASSISTANT EMA DIRECTOR DANIEL LAWSON)