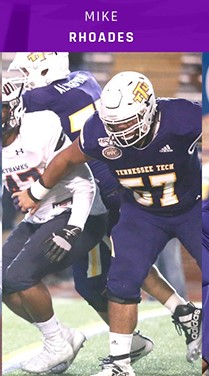 COOKEVILLE, TN – After one of the best seasons in recent program history and putting together the second-best turnaround in the NCAA Division I Football Championship Subdivision, it isn’t surprising to see a few Tennessee Tech players on the Preseason All-Ohio Valley Conference team as the league released its 2020 preseason squad on Monday morning. 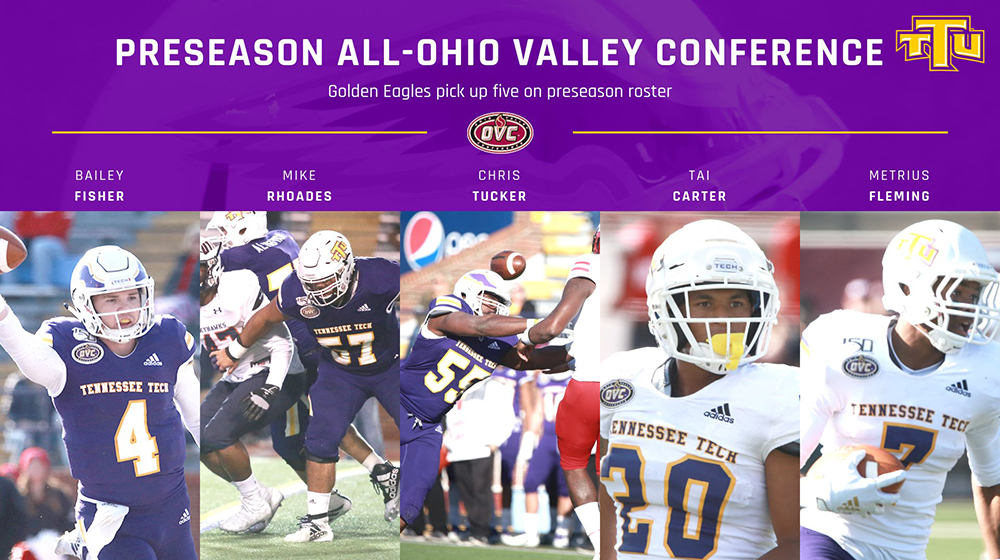 The OVC preseason polls – both the media and coach/SID projections – will be announced at a later date.

Mike Rhoades was a huge part of that offensive success, protecting the skill players behind him. Through his efforts, the Golden Eagles set four single-season team offensive records, including most passing completions (252), most total offensive plays (893), most first downs (249) and most passing first downs (120).

Rhoades was a second-team All-OVC pick after the 2019 campaign and was named to the Phil Steele All-OVC third team.

Tucker anchored a much-improved Golden Eagle defensive line and put up incredible numbers in 2019. He recorded 56 total tackles – 23 solo and 33 assisted – with a team-high 13.5 for 47 total yards, including 5.5 sacks for 27 yards. He also recovered three fumbles and recorded four quarterback hurries. He set a career-high in tackles twice last season with eight against UT Martin and Austin Peay.

Carter delivered in the nickel role last season as he recorded 38 total tackles – 24 solo and 14 assisted – with a sack and 4.5 tackles-for-loss for 17 yards. He also forced a fumble and recovered two, while also intercepting a pass and breaking up five passes.

Fleming certainly made a case for himself as a wide receiver but shined on the special teams unit as he returned 18 kicks for 477 yards, an average of 26.5 yards per return, including a 91-yard kickoff return touchdown against Virginia-Wise. Fleming also caught 47 passes for 629 yards and three touchdowns, including a career day with 165 receiving yards on seven catches at Western Illinois and a career-long of 40 yards.

He won four OVC Newcomer of the Week honors last season and was a second-team All-OVC selection and an All-Newcomer team pick. Phil Steele’s All-OVC list pegged him on the first team, while he was also a preseason pick by HERO Sports. (WLAF NEWS PUBLISHED – 07/22/2020-1PM)