LAFOLLETTE, TN (WLAF) – Victor Haynes funeral procession was impressive and very moving.  The La Follette native and Loudon County Corrections Deputy was laid to rest on a warm, sunny Monday afternoon.  Once police cruisers began arriving in La Follette and lining up around Walters Funeral Home, calls began coming in to WLAF asking what was happening.  Members of the law enforcement community were gathering to pay their respects to Haynes, who passed away at his Knoxville home last week. 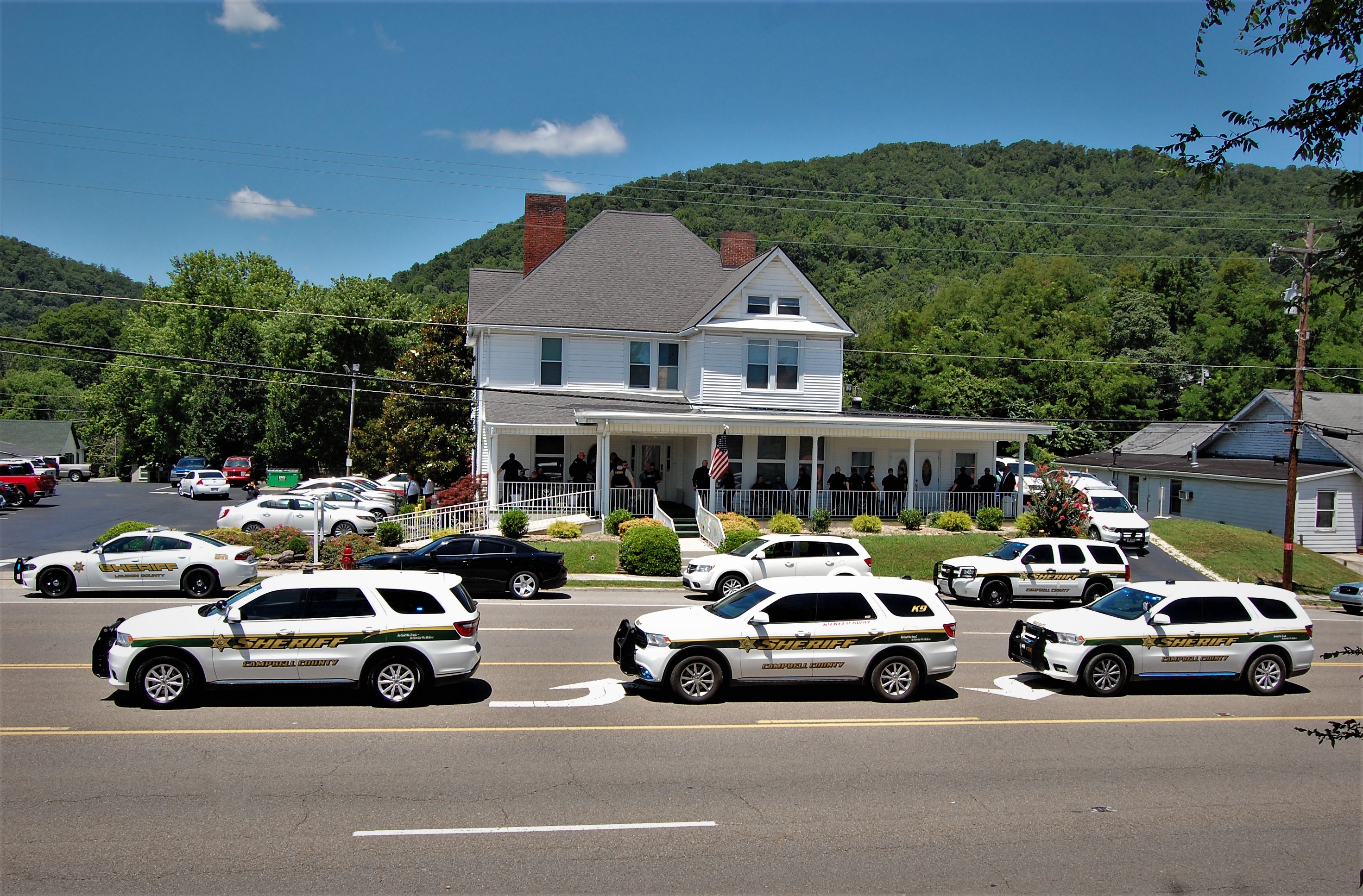 More than 30 law enforcement vehicles, local, out of town, marked and unmarked, were part of the tribute to Victor Haynes. 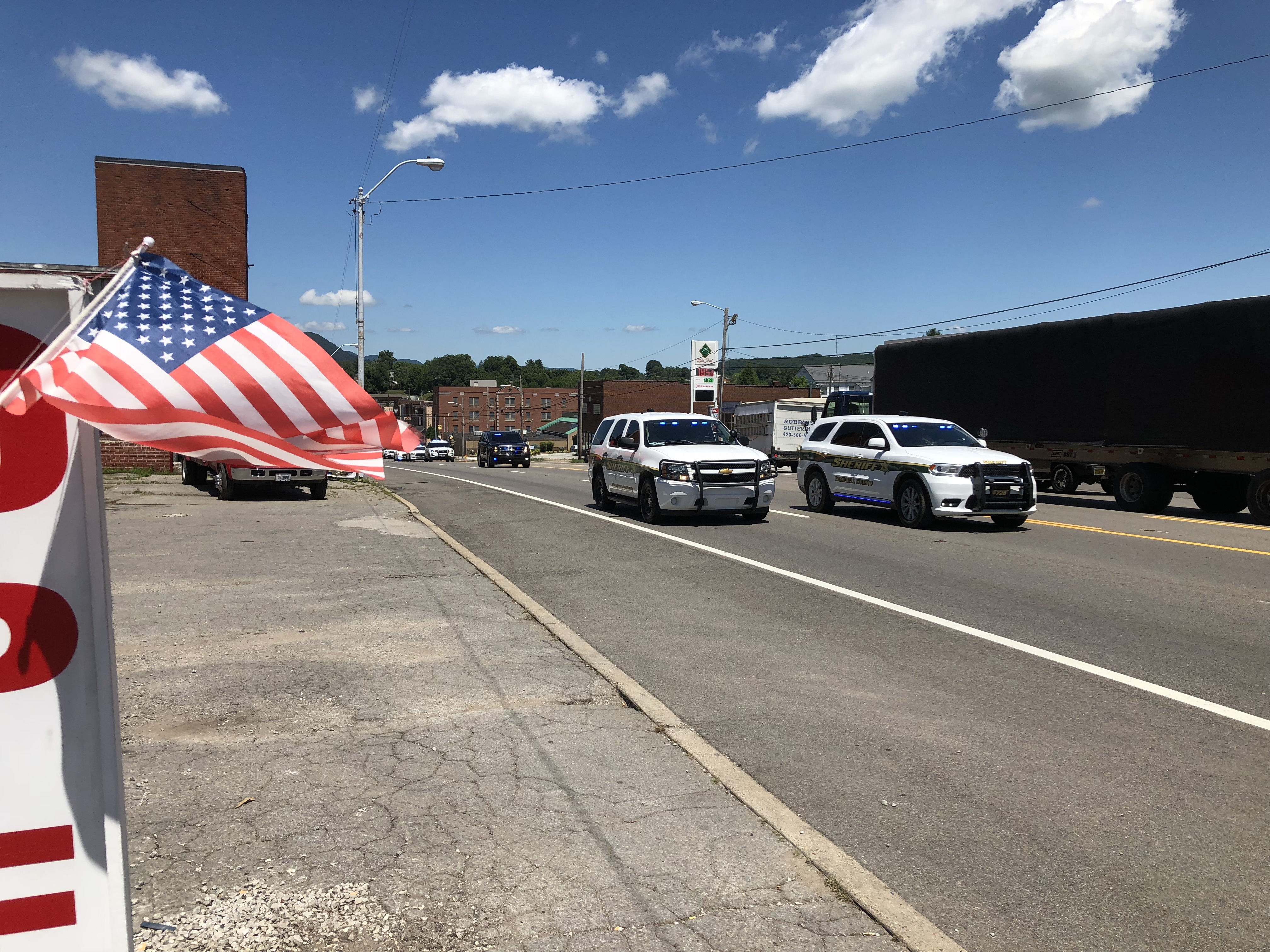 The 18-wheeler, ironically, with Loudon County Trucking, was coming in to La Follette just as Hayne’s procession began. It was a moment frozen in time when La Follette came to a sudden halt while Haynes’ procession traveled from Walters Funeral Home to Woodlawn Cemetery. 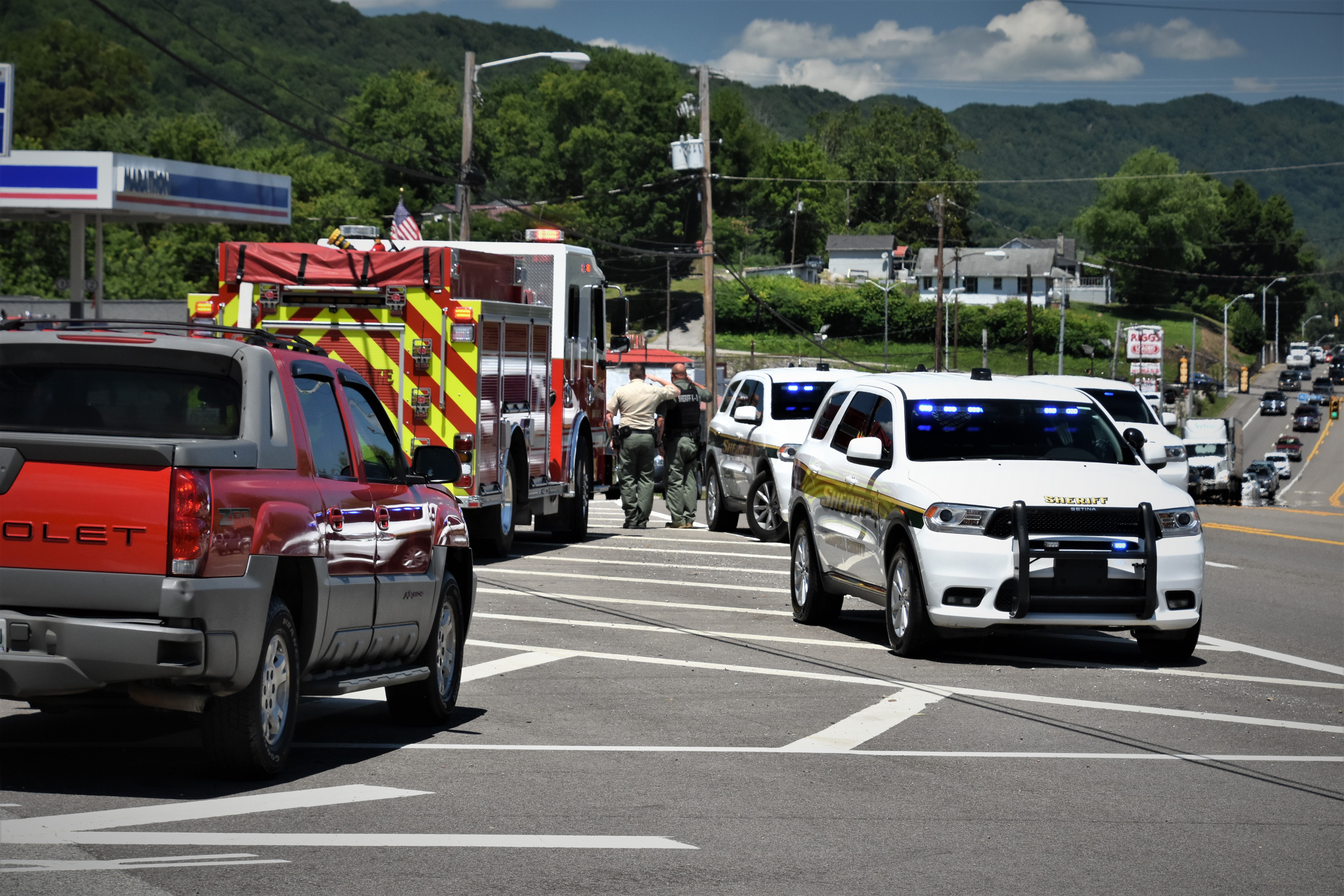 Haynes’, who grew up on the west end of La Follette, final resting place at Woodlawn Cemetery is just a stone’s throw from his childhood home.  (WLAF NEWS PUBLISHED – 07/14/2020-6AM-PHOTOS COURTESY OF WLAF’S CHARLIE HUTSON)