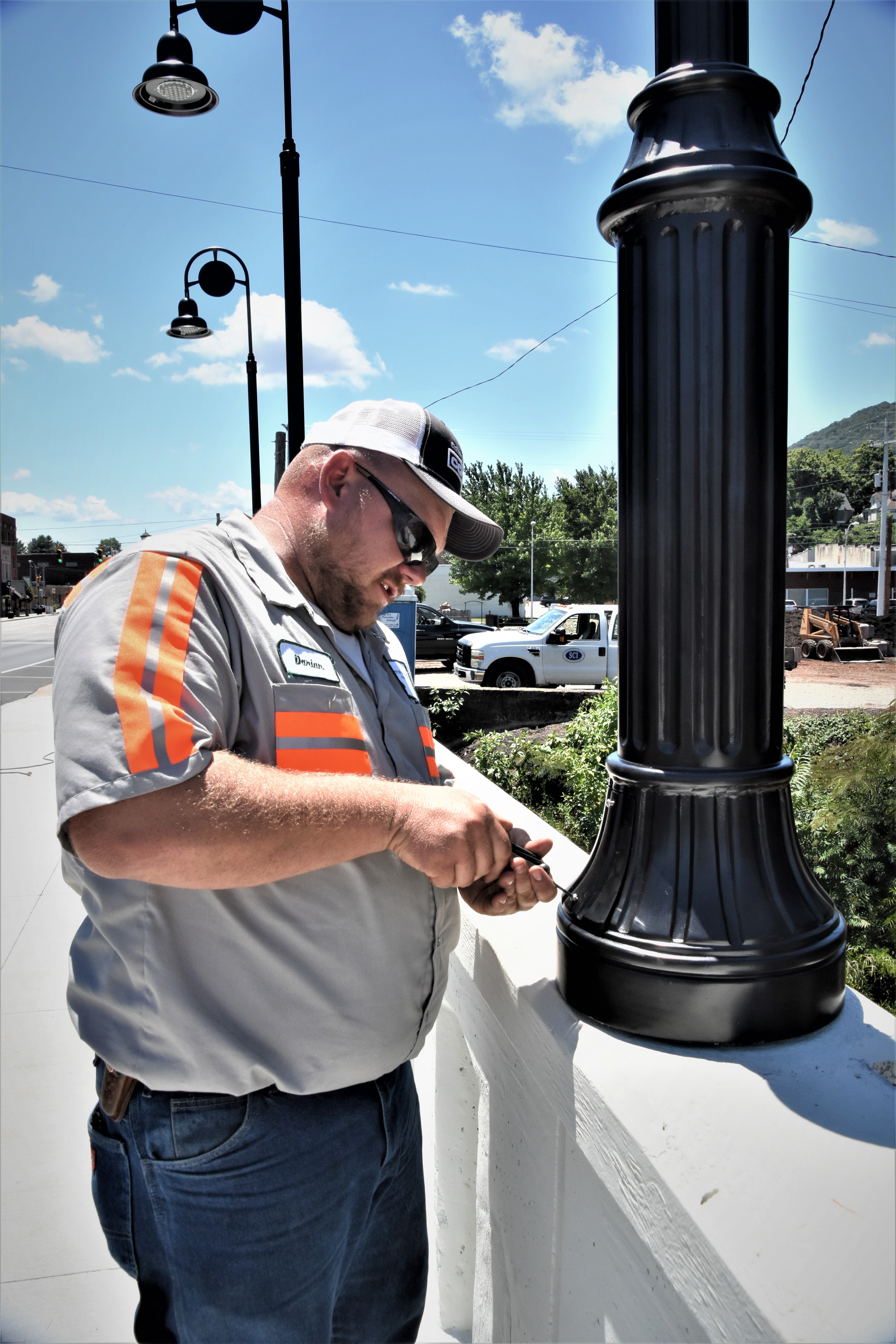 Darian Foust with La Follette Public Works assists during Monday’s LED installation.
LAFOLLETTE, TN (WLAF) – You may have seen the La Follette Fire Department’s ladder truck on the bridge Monday.  It was assisting in the installation of the new LED bridge lights. 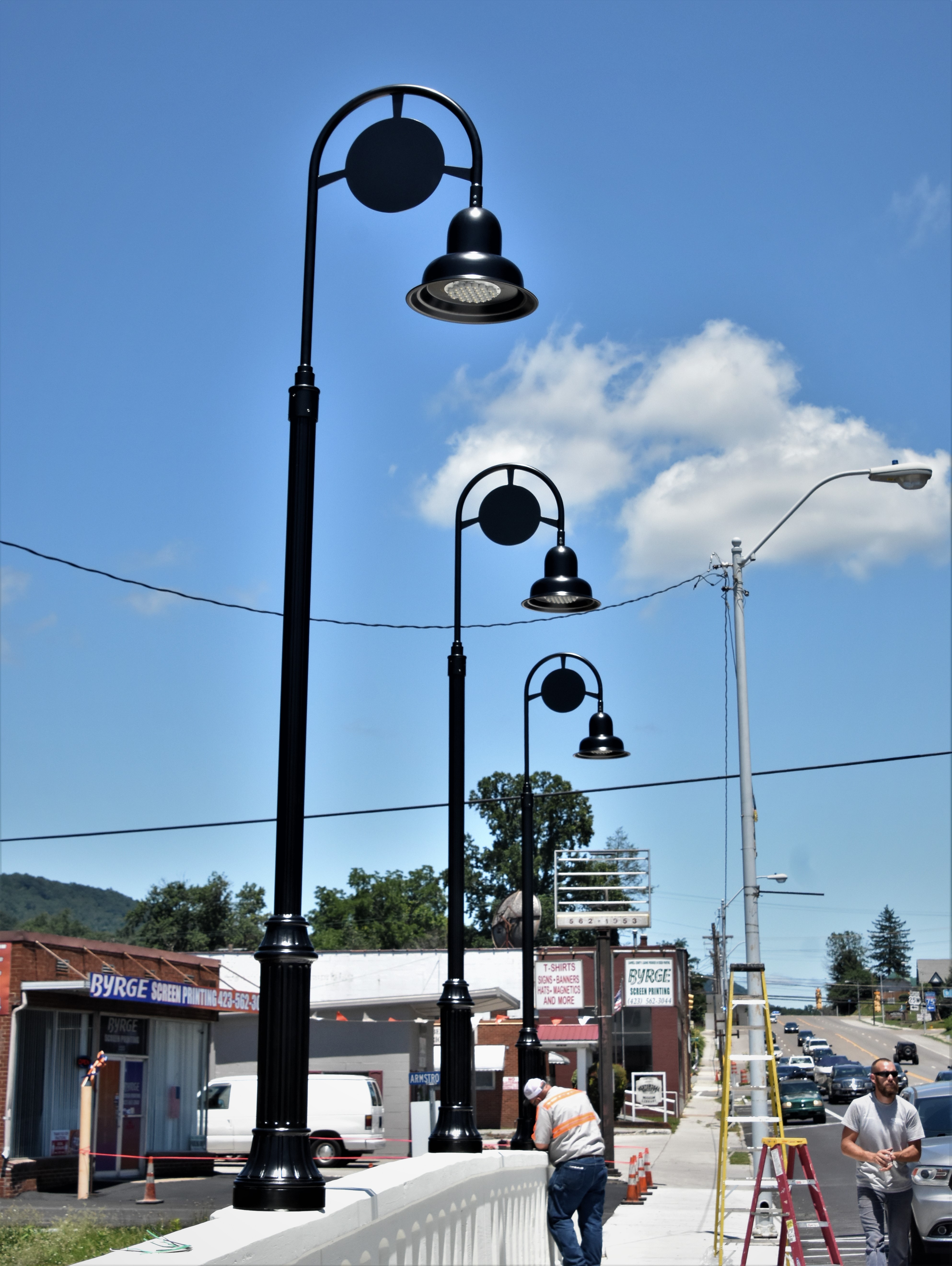 Traffic was down to one lane in each direction at times on Monday as new LED lighting was installed.
The north side lights were installed yesterday.  The plan for the south side of the bridge LED s is install them on Tuesday. 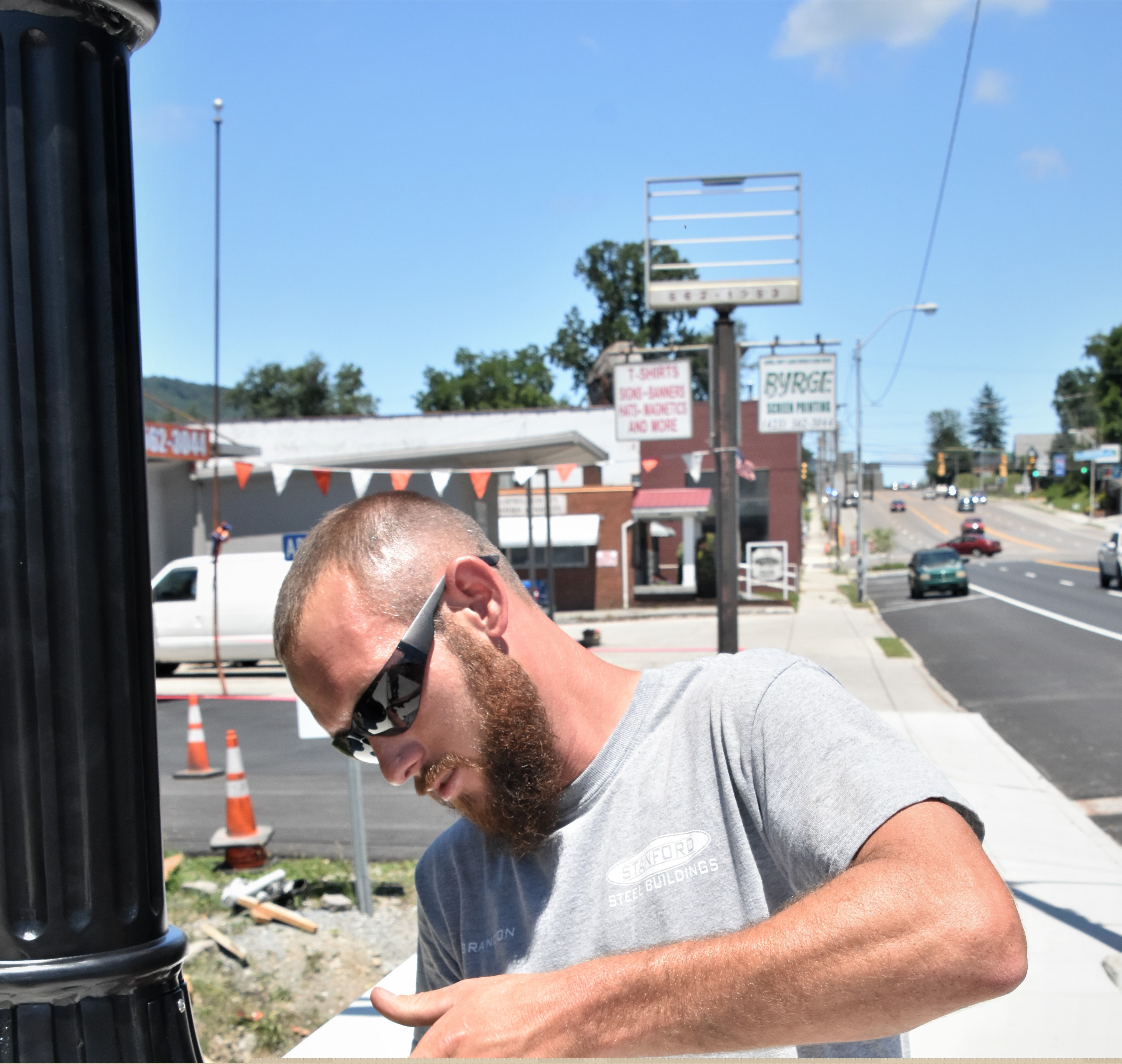 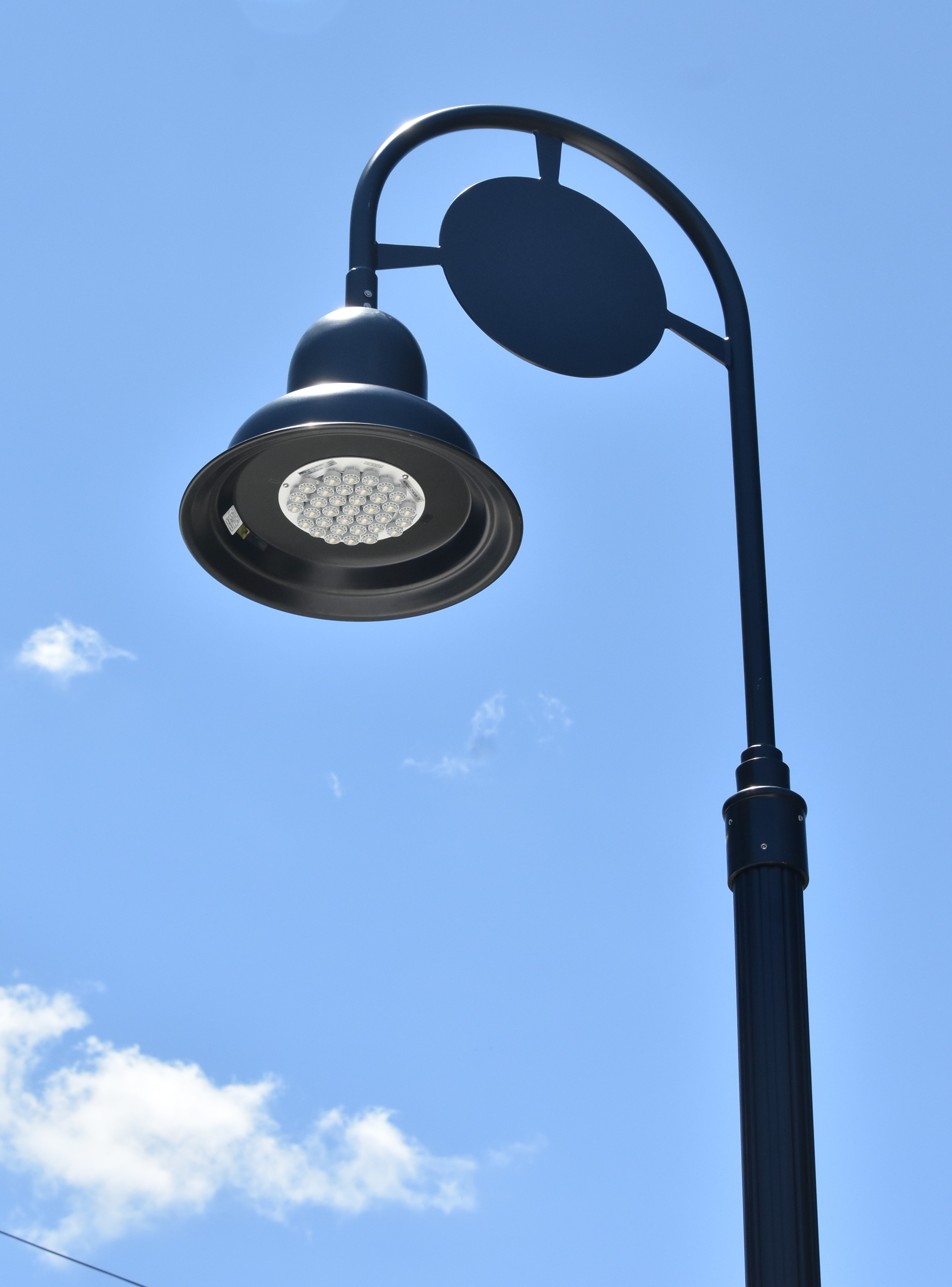 The new LEDs will showcase the beauty of the new-look bridge.  (WLAF NEWS PUBLISHED – 07/14/2020-6AM-PHOTOS COURTESY OF WLAF’S CHARLIE HUTSON)