In May, Jim Mullens announced he was retiring from the post he had held for several years. From there, the search for his replacement began. The city received four in-house applicants, Steve Goins, Casey Boshears, Darian Foust and Anthony Huddleston. There was one applicant from outside the city, John Carroll. 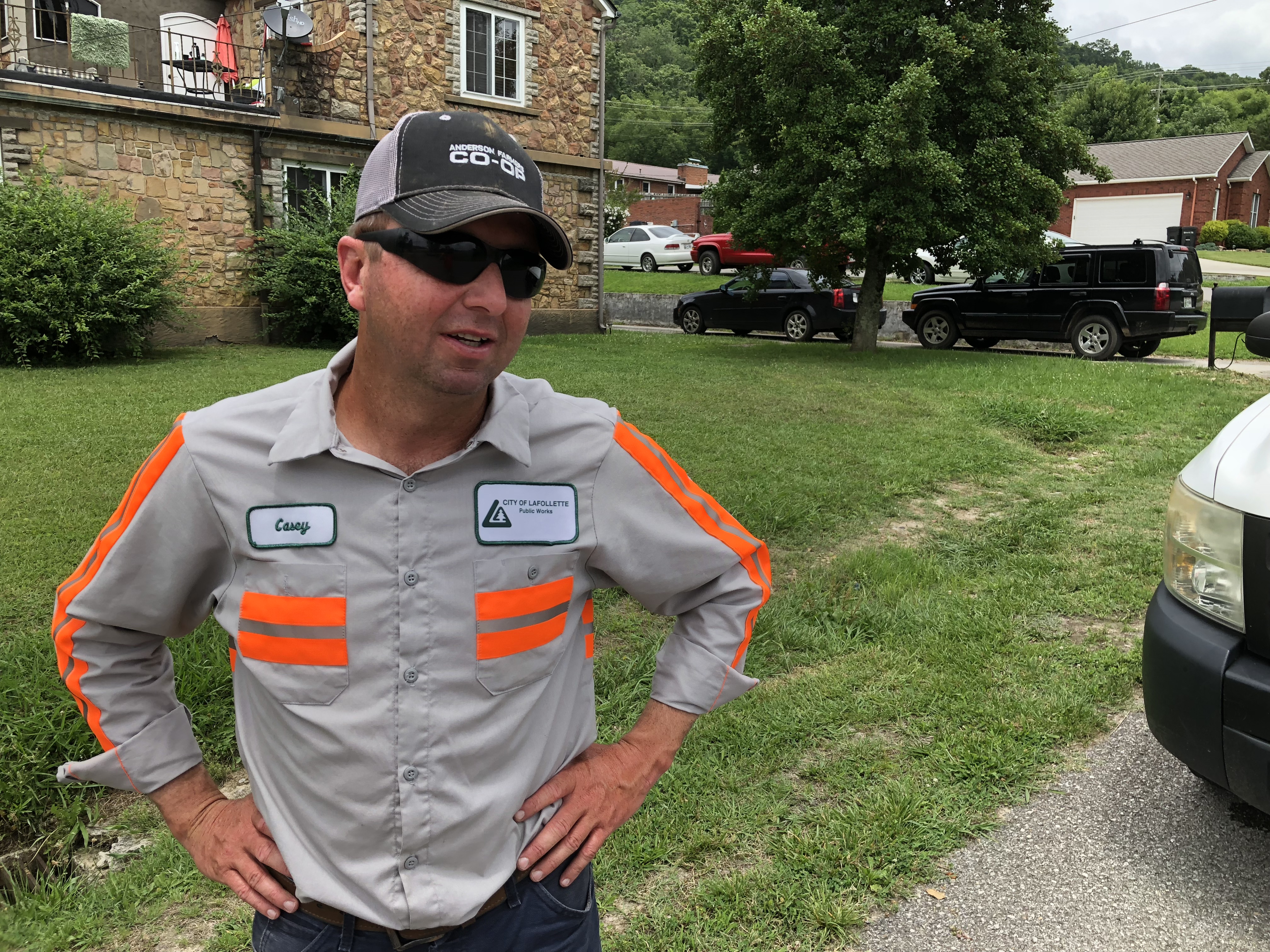 Newly appointed Director of Public Works Casey Boshears was out checking a drainage problem on Tuesday afternoon a few hours before his appointment.

Last night, Mayor Mike Stanfield told the council that Goins has withdrawn his application. Stanfield said if the position was filled based on seniority, the position should go to Huddleston. Councilman Bill Archer then made a motion to hire Boshears as director, Councilman Mark Hoskins seconded the motion. Councilwoman Ann Thompson abstained from the vote stating  she had wanted to interview the applicants, but interviews were not held. Councilman Lonnie “Hot Rod” Wilson voted yes to Boshears. 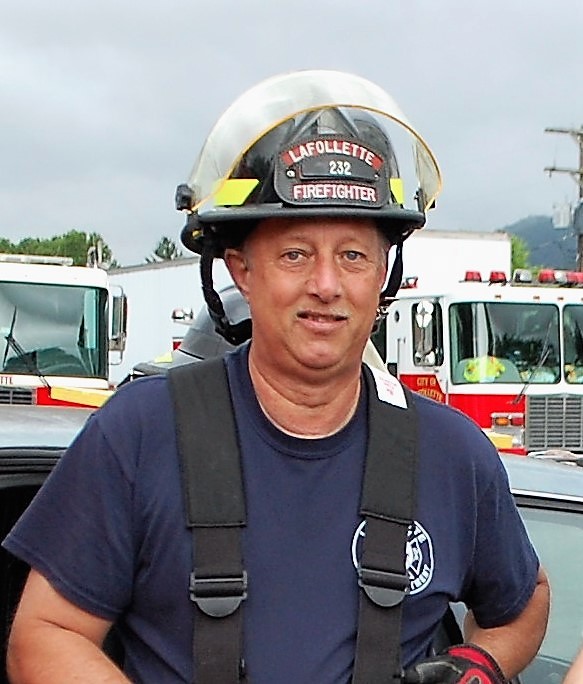 A firefighting veteran of nearly 50-years, Eddie Hatmaker, was promoted from Captain to Assistant Fire Chief on Tuesday afternoon. 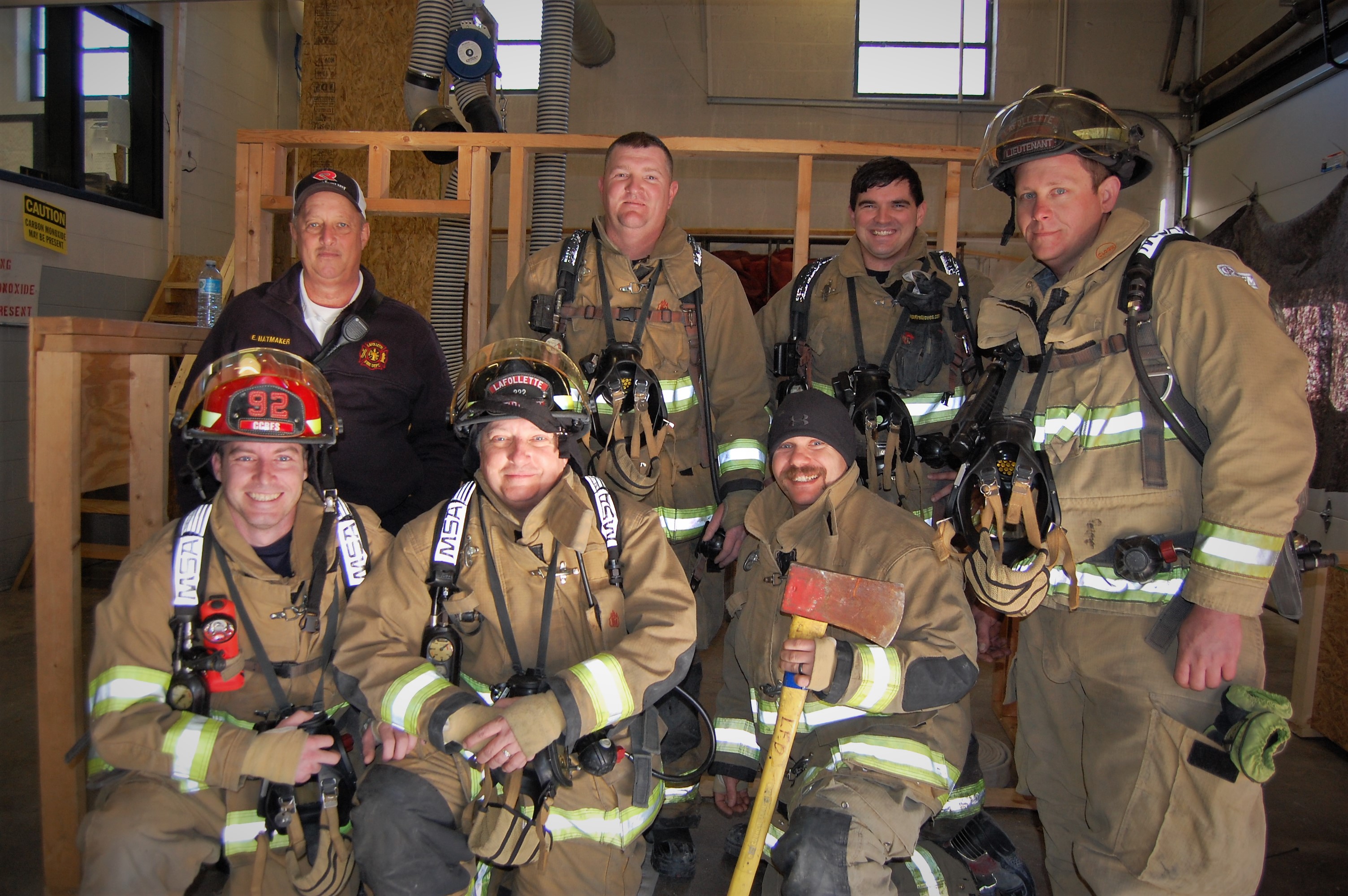 In an other personnel move, LaFollette City Clerk Stan Foust was named infectious disease officer for the city.  LFD Captain Charlie Hutson currently serves as the infectious disease officer for the city but is retiring from the position. Hutson recommended  Foust take over the position since he currently works with the newly hired employees; the council agreed to change. The position pays $1,800 a year.

In the final personnel matter of the night, council agreed to reduce the codes enforcement salary of Daniel Foster from $43,966.21 to $40,966.21. The reduction in salary covers the outsourced commercial building inspector.

Jeanette McGuire came before the council last night to express her concerns about garbage and dogs. McGuire told the council she recently had to call police because a man had strewn her garbage out of the cans onto the street. He had allegedly done this to several others. Next on her list was the garbage men not picking up her recyclables properly. She alleged  they were mixing the recyclables into the regular garbage. LaFollette City Administrator Jimmy Jeffries said he would address the issue with the pickup men. Next on her list was dogs running loose in her neighborhood and the issue not being addressed. She also told the council that she had almost been attacked by two dogs at the EE Hill and Son Insurance office. “If hadn’t been for one of the employees at the office coming to my assistance, the dogs would have got me,” said McGuire. Codes Enforcement and Animal Control Officer Daniel Foster told the council he was trying to address the issue of dogs in her neighborhood for about a year. Foster told the group he has canvased the area multiple times and has issued citations as well as removed some dogs. He said he would continue to address the issue.