TOP PHOTO:  John Ray rolls off the lot at La Follette Mine Supply in his pride and joy Deuce and a half on Tuesday afternoon.

LAFOLLETTE, TN (WLAF) – “It’s my everything truck; work, farm, camp.  It’s going most all the time, the engine never gets too cold,” said John Ray.  We had the pleasure to catch up with the U. S. Army veteran on Tuesday afternoon as he was leaving La Follette Mine Supply. 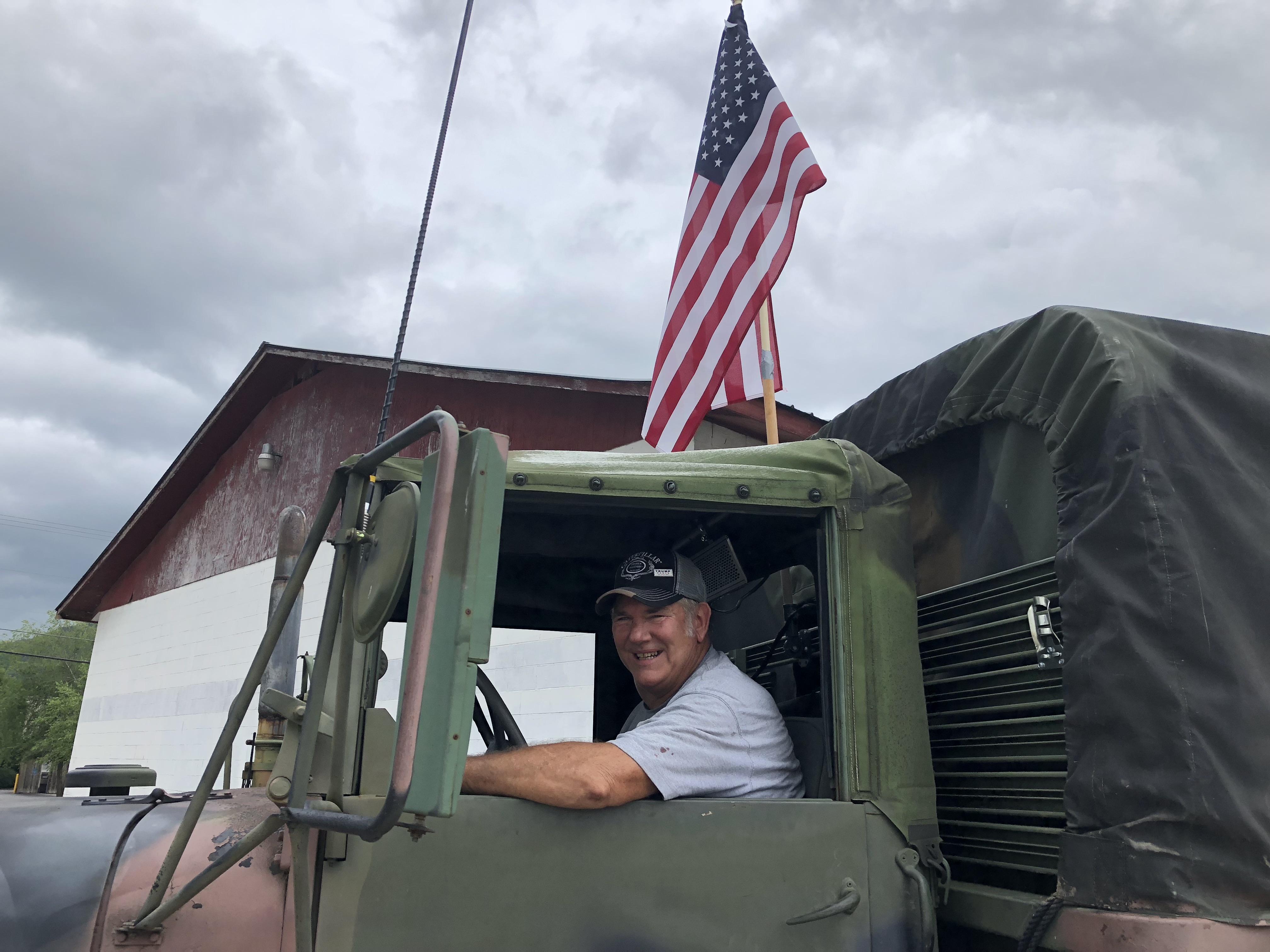 Right after graduating from Wynn High School in 1975, John Ray enlisted in the U.S. Army.

Ray’s quite proud of his Deuce and a half.  It’s a lot like the one he drove in Alaska, one of his stops along the way during his four-year stint in the Army.  He’s had this one going on a year, even driving it in the Veterans Day Parade last November. 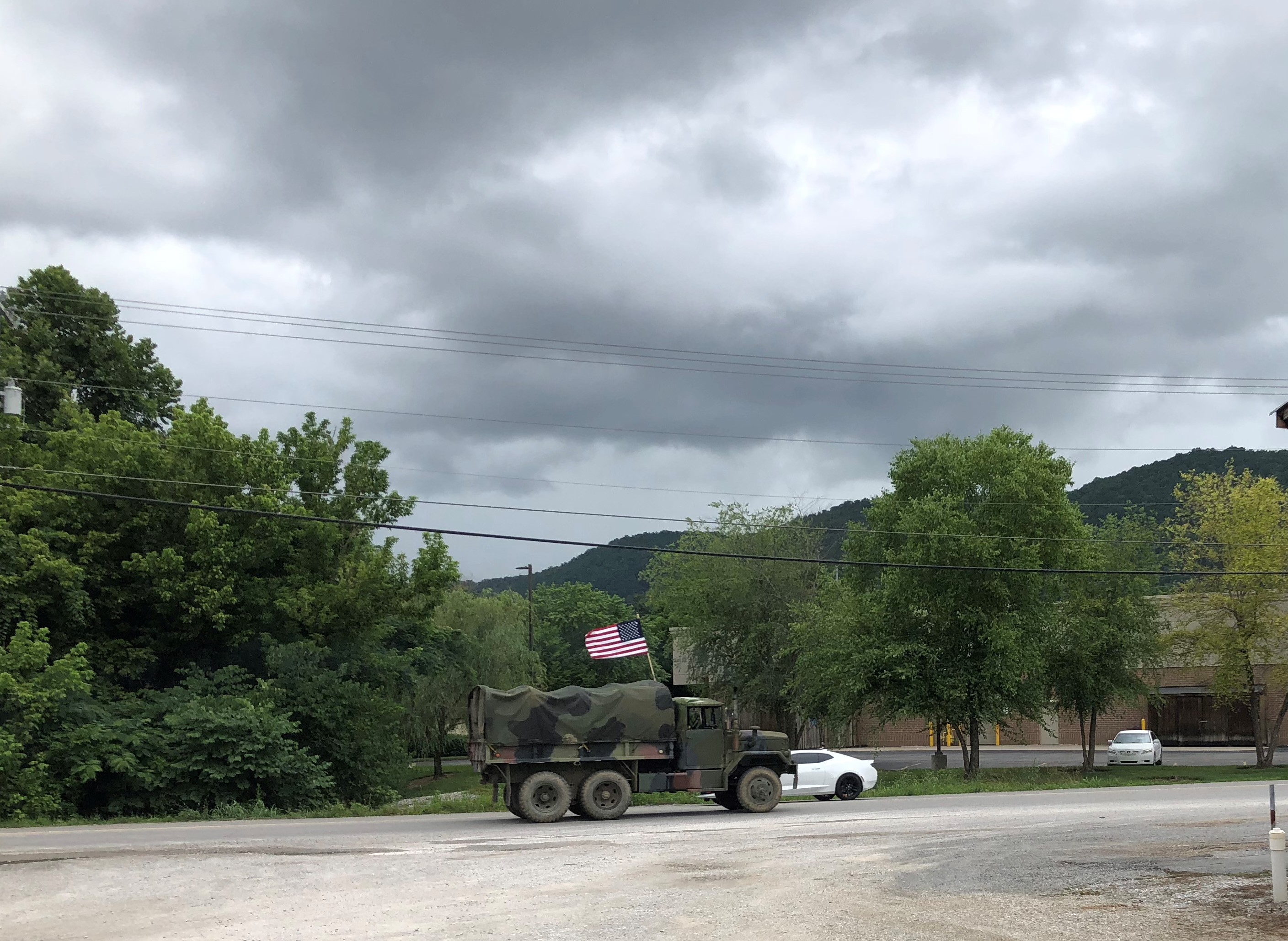 Just before rain moved in on Tuesday, Old Glory waves in the breeze of John Ray’s travels up Towe String Road.

The Stinking Creek native also served in Texas over his military career that ran from 1975 through 1979.  The only time you won’t see Old Glory flying high above Ray’s ride is when he’s in a wooded area where it might get clipped.

When Ray’s not farming with his truck or camping, he’s working his business, Ray Enterprises.  He does a little bit of everything from drywall, paint, decks, pressure washing and more.  His telephone number is 423.494.5718.  Needless to say, his business is American owned and operated.  Thank you for your service, John Ray.  (WLAF NEWS PUBLISHED – 07/01/2020-6AM)