TOP PHOTO:  The La Follette Fire Department hoisted the American flag high above West Central Avenue on Sunday afternoon in honor of the late Charles Taylor.  Among Taylor’s many life time accomplishments was serving as the vice-mayor of La Follette in the 1970s.

LAFOLLETTE, TN (WLAF) – “He was a man’s man,” said Dr. Clarence Duncan as he spoke of Charles Taylor Sunday night at Taylor’s funeral service at the First Baptist Church of La Follette.

Duncan went on to say, “And we’re running mighty short of men these days.”

Hundreds of friends and family filed through over a three-hour period on Sunday afternoon at the church paying their respects to Charles Taylor’s family.  He will be laid to rest this morning at Campbell Memorial Gardens.  Military honors will be presented by the Campbell County Honor Guard. 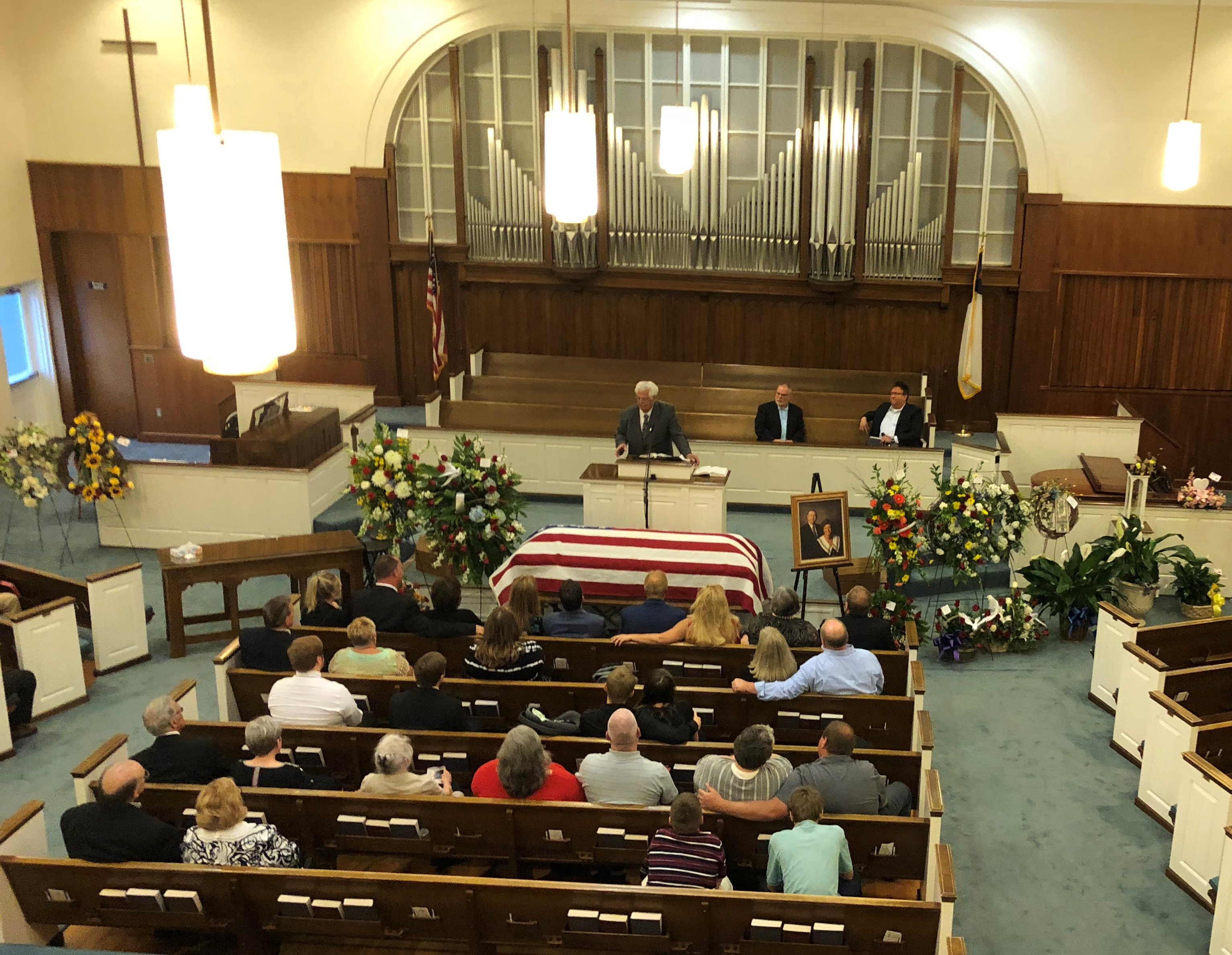 Duncan had been Taylor’s pastor at Bethel Baptist Church since 1987.  He went on to praise Taylor’s management of the church’s finances as he served as the church treasurer for decades.  “He always made it work.  When there were lean times, Taylor would say “don’t worry, preacher, it’ll be alright.”  That’s because he put in what the church was short,” said Duncan.

“I’m here to dispel a rumor that’s spread like wildfire, and that is that Charles Taylor died last Wednesday.  He is not dead.  He is more alive than ever, because he graduated to the land of the living,” said Duncan.

One of the verses Duncan read from was 2 Samuel 3:38:  “And the king said unto his servants, Know ye not that there is a prince and a great man fallen this day in Israel?” The pastor added, “I considered Charles Taylor a prince of a man.  You could depend on him.”