Wlaf1450
News / Sports / June 22, 2020June 22, 2020
JACKSBORO, TN (WLAF) – Over the last year, Campbell County Football Coach Justin Price and his family have been a testament of courage as their infant son has battled Luekemia.  In recognition of that, Price was chosen to receive this year’s Courage Award presented by the Knoxville News Sentinel.
The online ceremony was held on Thursday, June 19.  According to Price, he and his family are “honored and humbled” by the award.
Price and his wife Traci had their world turned upside down last year when their son Jack was diagnosed with B-cell acute lymphoblastic leukemia. He was only five months old. The diagnosis came shortly before the start of the 2019 football season for coach Price. 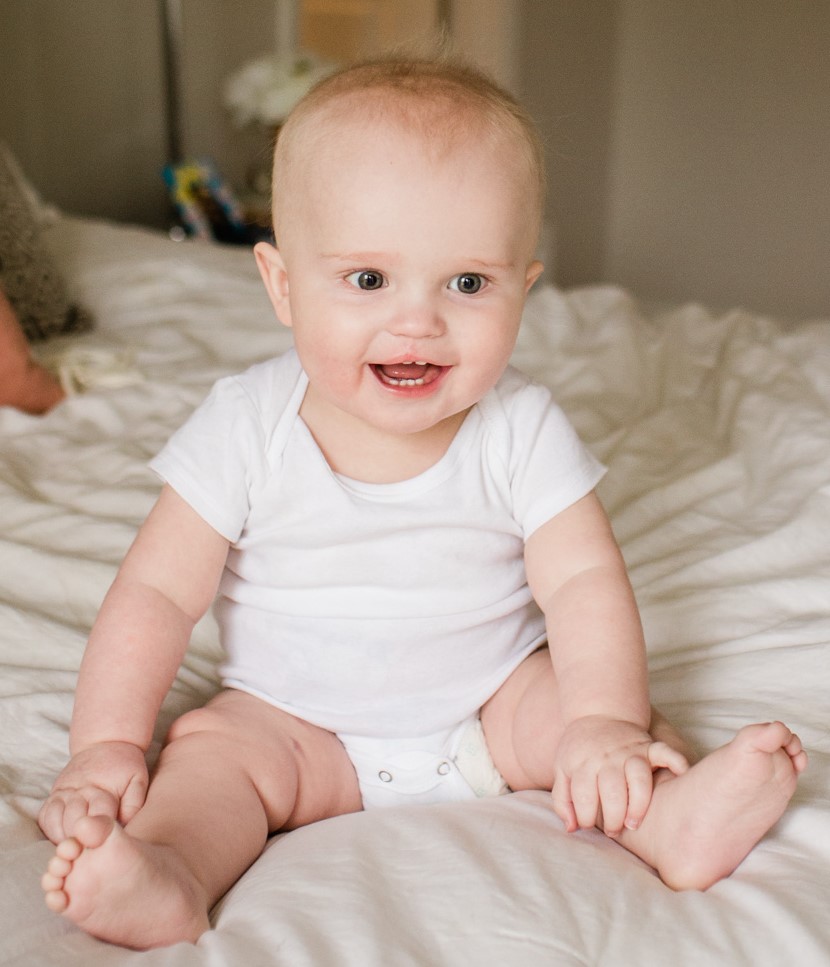 This photo of Jack Price was snapped this spring.
Jack spent six months in the hospital receiving treatment. He has been in remission since November and home since March. Currently he is in what is called the “maintenance portion of his treatment.”  He takes chemo treatment daily and will until August of 2021. He recently had his feeding tube removed and is regaining strength, according to his dad, who said Jack was getting stronger each day.
Price also said he and his wife were “thankful and grateful for all the prayers from the community.”
“This award really represents our faith in God from the very beginning with the diagnosis and the hope we have in Christ. Prayers from the community gave us strength and courage as well. We had good days and tough days and just relied on our faith throughout it,” Price said. 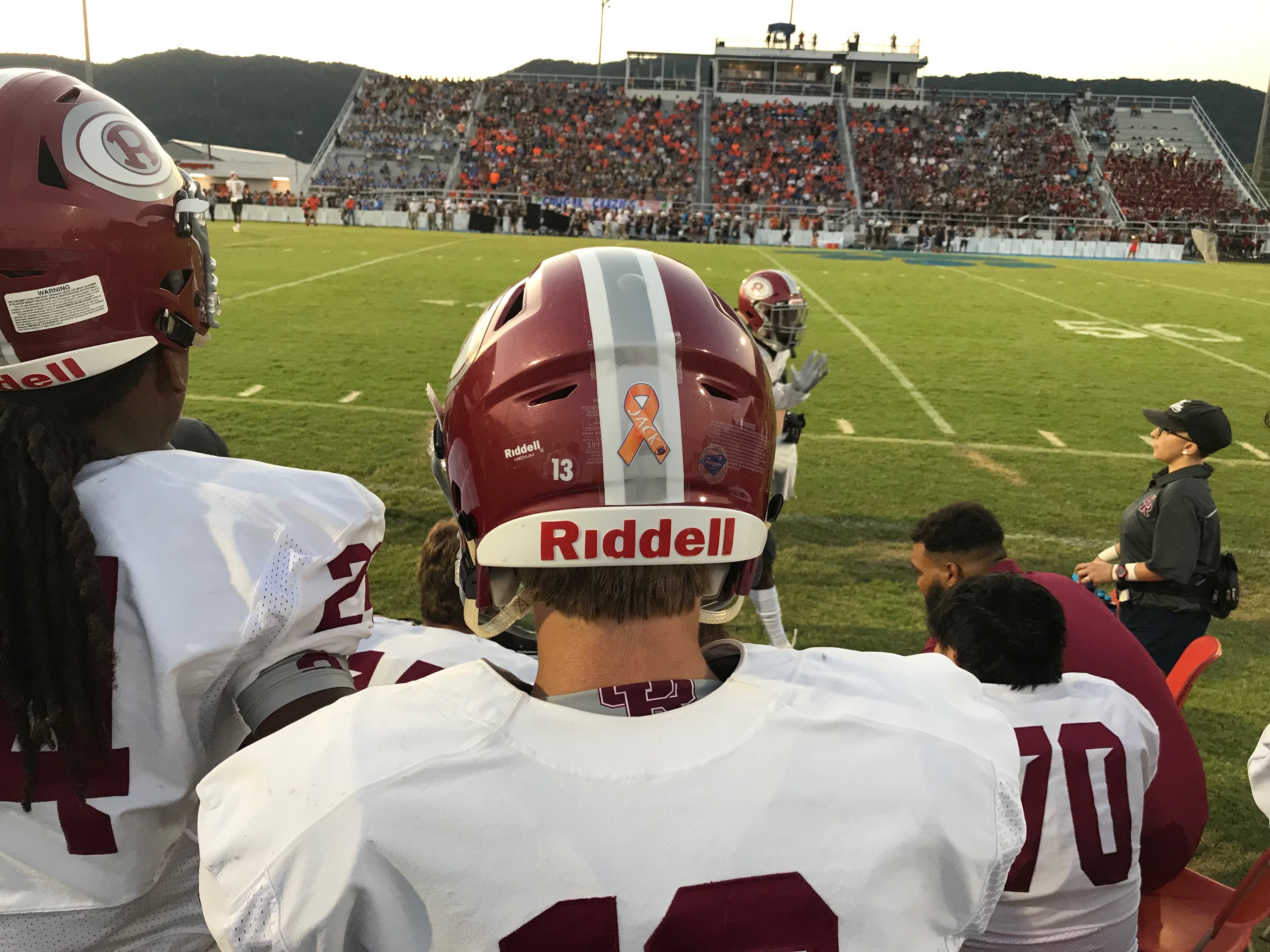 Oak Ridge Wildcats RoDayvien Truss (left) and Loegan Foisy (right) display their Jack decals on their helmets when they played the Cougars at Dossett Stadium.
The 10th year head coach said, “The football community rallied around the family, wearing orange in support at all the games. Coaches of opposing teams would bring gifts for Jack, while players on opposing teams would adorn their helmets with Jack’s symbol of an orange ribbon.  Locally, the outreach of support was community-wide, with businesses, churches and individuals reaching out to the family.”
“The outpouring of support and love was overwhelming. It was that support that helped me keep coaching; we drew strength and courage from the love we received,” Price said. He said he and his wife Traci felt blessed by their experience and the community’s support throughout the last year. “Our faith gave us the strength to move forward and keep going and the love our community showed us was reflected in that,” the coach said.   (WLAF NEWS PUBLISHED – 06/22/2020-6AM)