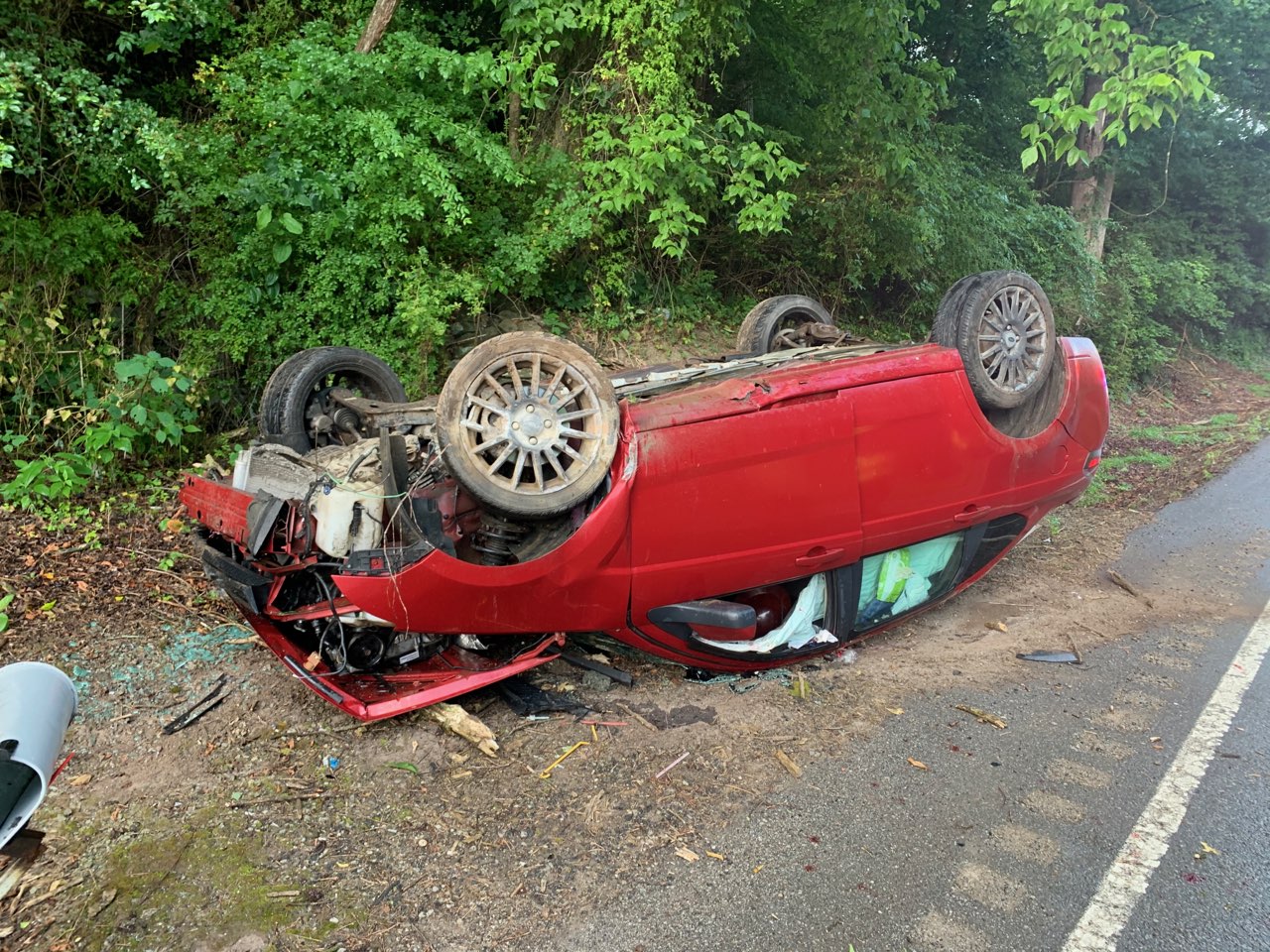 LAFOLLETTE, TN (WLAF) – For a second day in a row, a vehicle flipped on Highway 25W North of La Follette.  This time on its top. 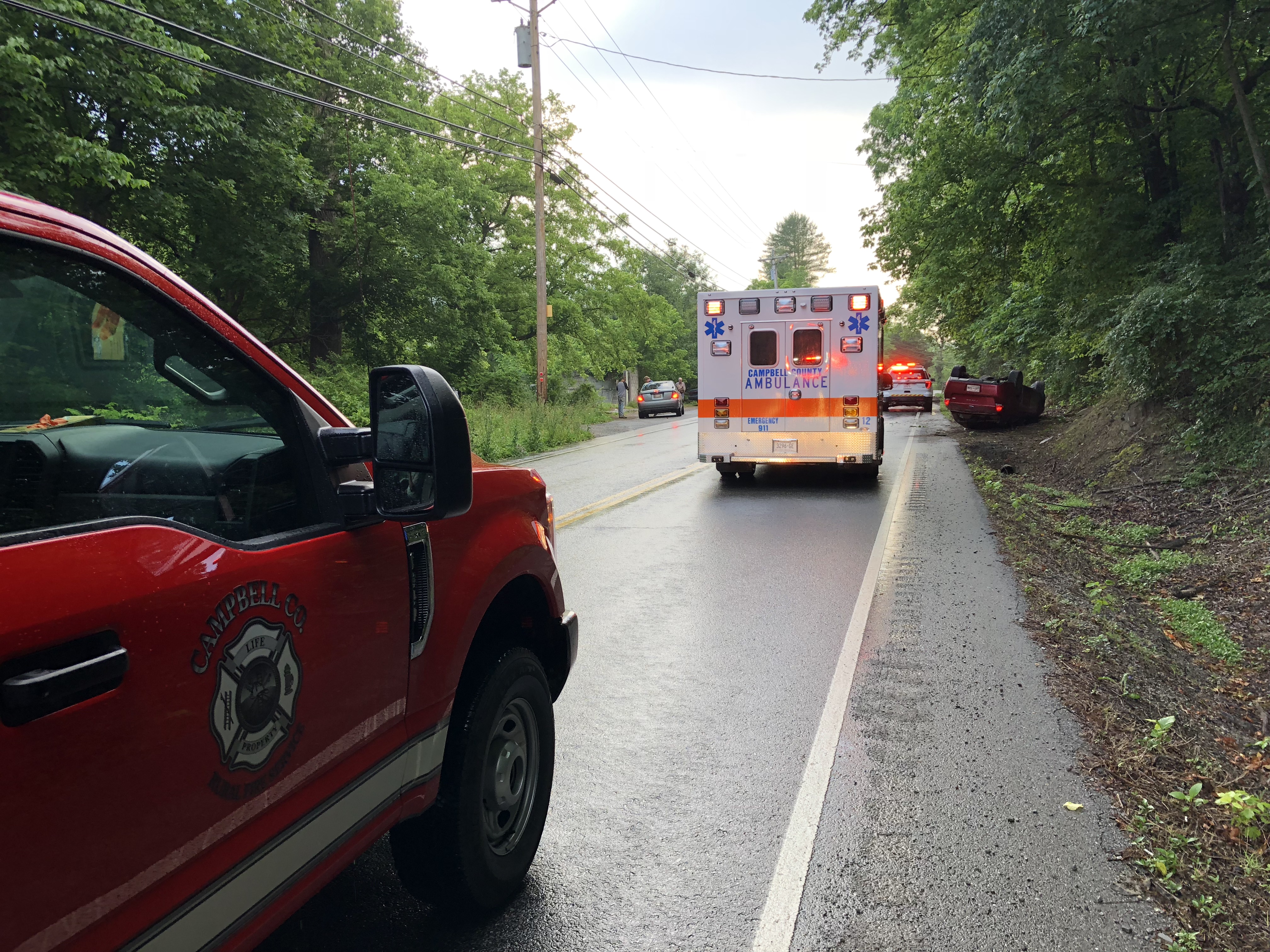 Friday morning, just after 8 am, the call of a car on its top came in to E-911.  It happened about two-miles north of La Follette just above the Iveydell turn off. 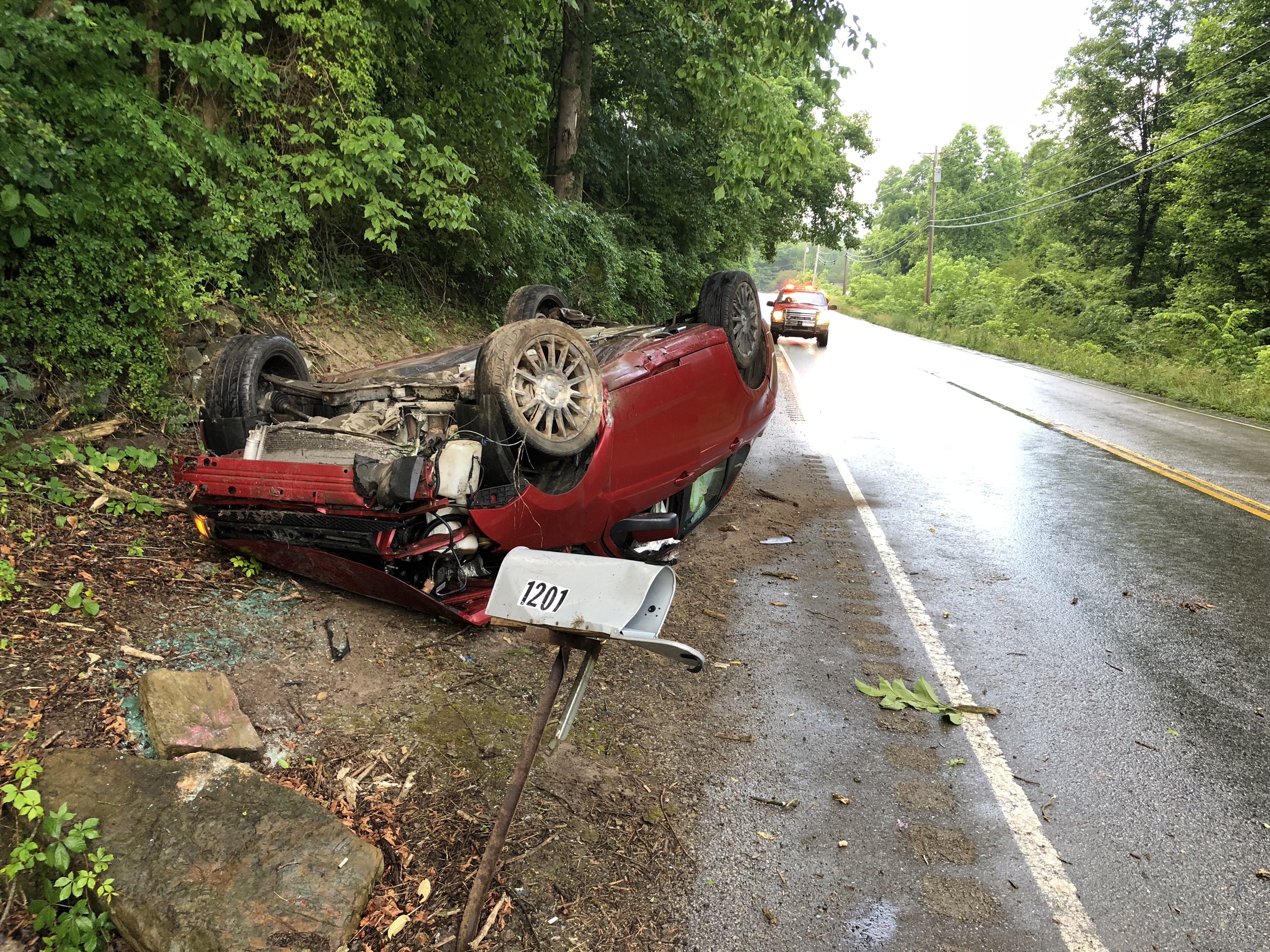 In the 1200 block of Hwy 25W is where this Ford Focus wrecked upside down.

The airbag deployed, and the driver was able to exit the red Ford Focus.  Officials say the man was transported to the La Follette Medical Center.  (WLAF NEWS PUBLISHED – 06/19/2020-9AM-PHOTOS COURTESY OF CCRFS ASSISTANT CHIEF DANIEL LAWSON AND WLAF)