TOP PHOTO:  Firefighters with the La Follette Fire Department along with crews from Powell-Clinch Utility District responded to an accident at 11:22 am on Wednesday morning. 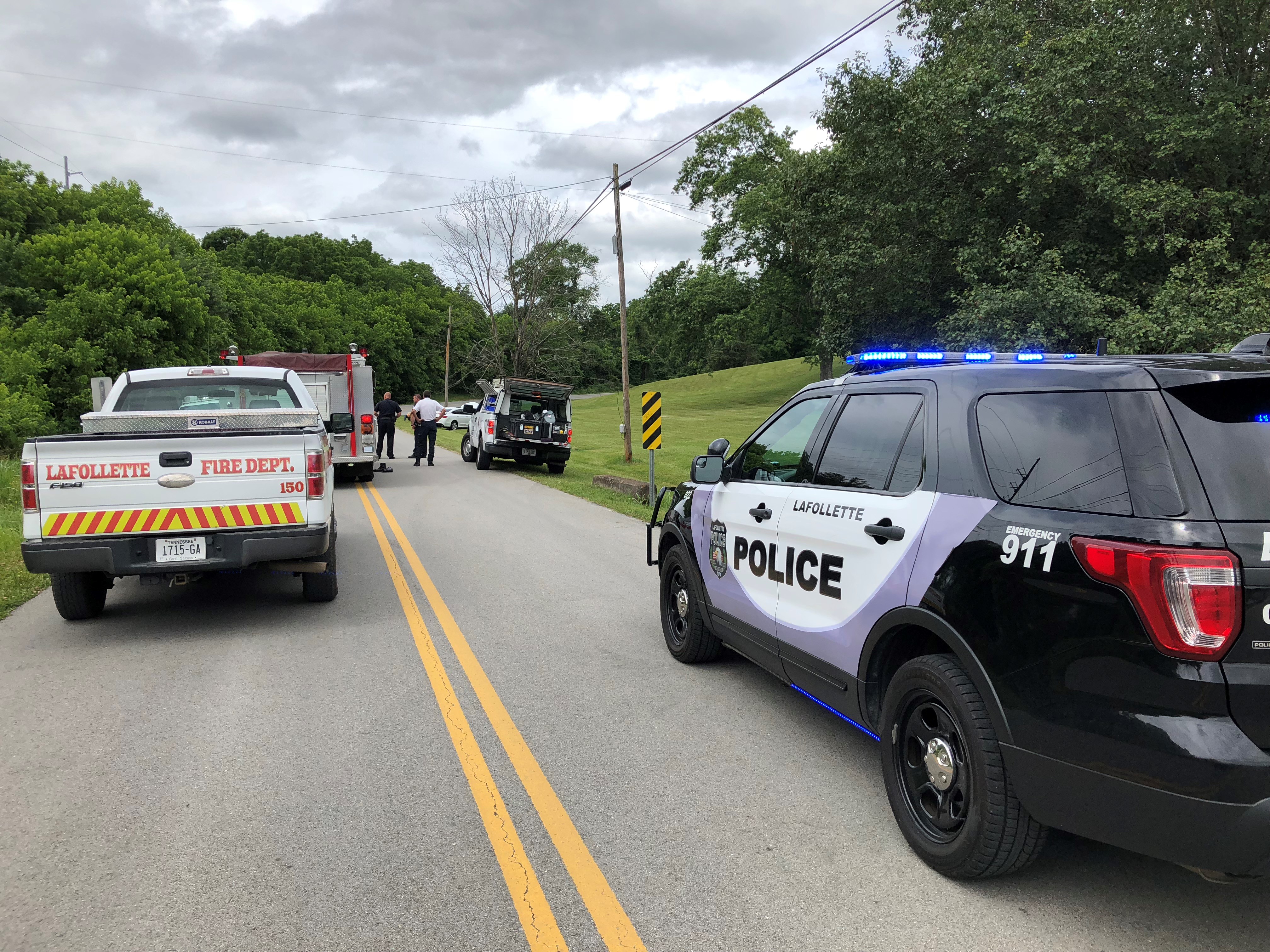 La Follette Police officers were first on the scene of a Wednesday morning accident where a car struck a gas line and phone pole.

LAFOLLETTE, TN (WLAF) – No one was injured when a car struck a natural gas main line and a telephone pole just before 11:30 am Wednesday morning.  However, it was a tense few moments until a crew with Powell-Clinch Utility District was able to cap the leak. 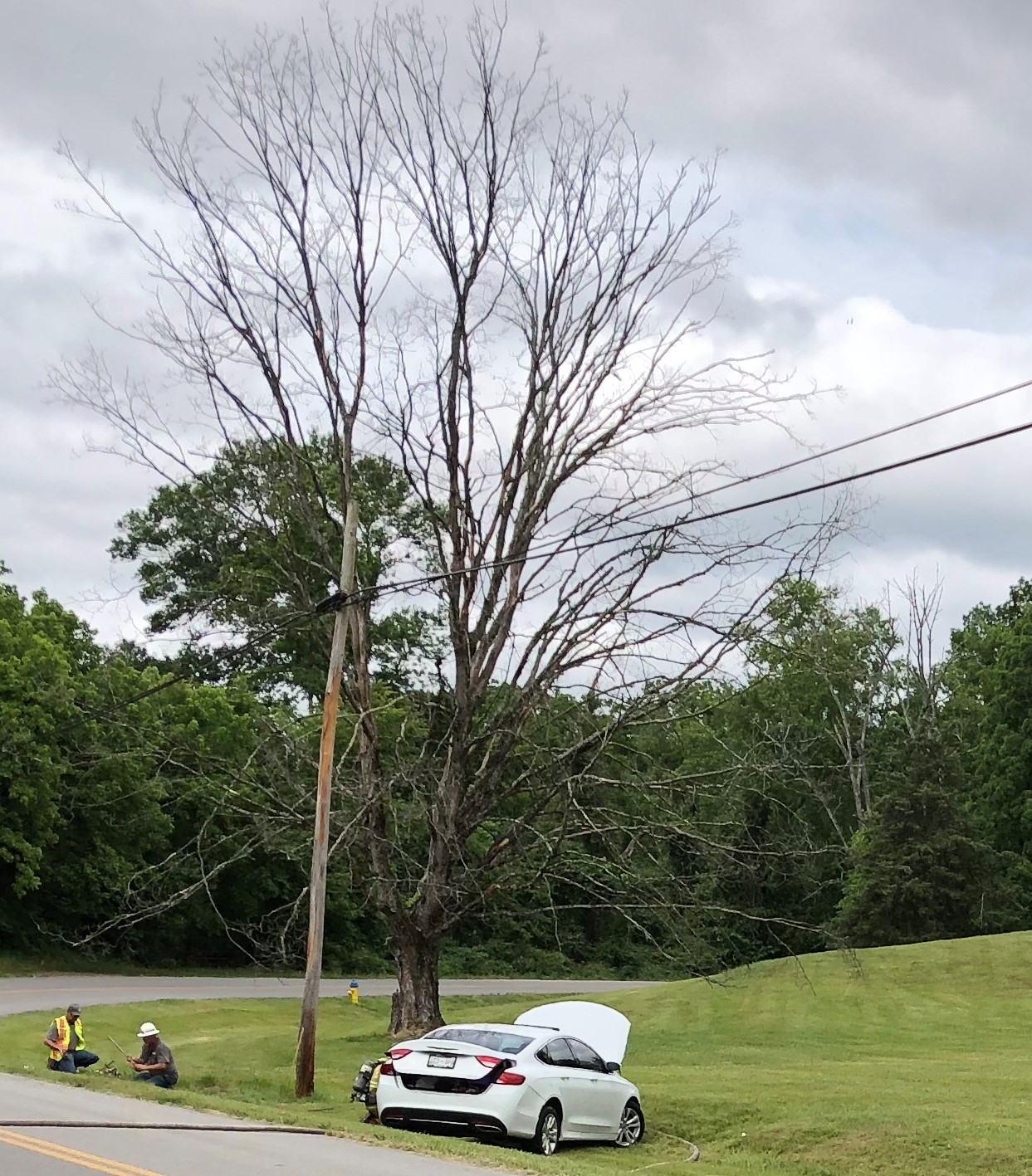 La Follette Police arrived on the scene soon followed by PCUD and the La Follette Fire Department.  All agencies were on site and in action in a matter of seconds. 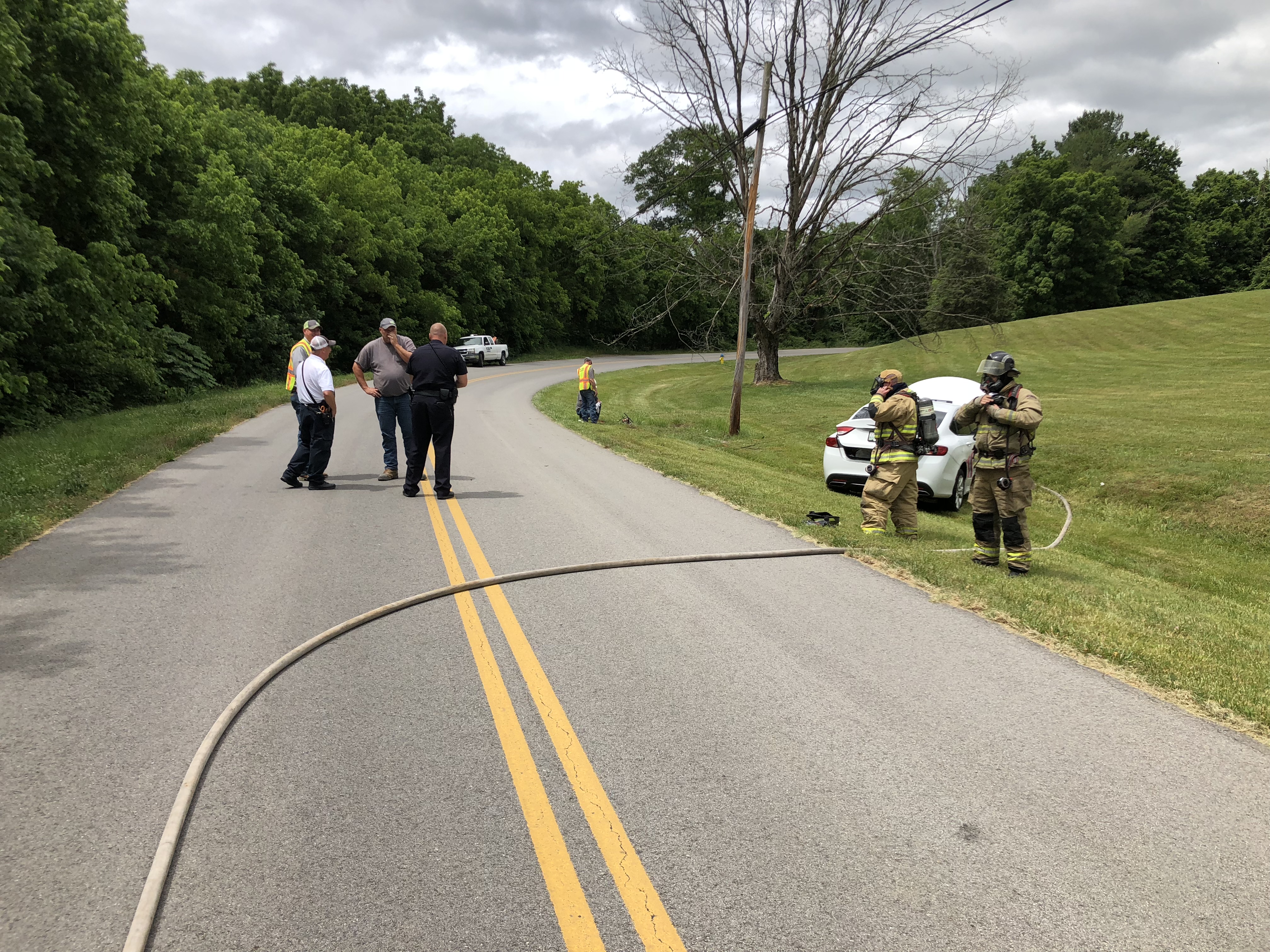 Crews with PCUD just declared the area safe after the gas leak was capped followed by equipment replacement to a main gas line.

Police say a woman was La Follette-bound on the Old Jacksboro Highway when she hit the farm tap on the main line and a telephone pole spinning her car around.  The car had just come under the railroad underpass at Midway Baptist Church when the accident happened.  Air bags on the car deployed according to fire officials.  (WLAF NEWS PUBLISHED – 06/17/2020-12:30PM)