Wlaf1450
News / Sports / June 15, 2020June 15, 2020
CARYVILLE, TN (WLAF) – A LaFollette man was arrested on Friday morning after leading Caryville Police on a chase up I-75.  Charges include felony evading arrest and his fifth DUI, among others, according to police. 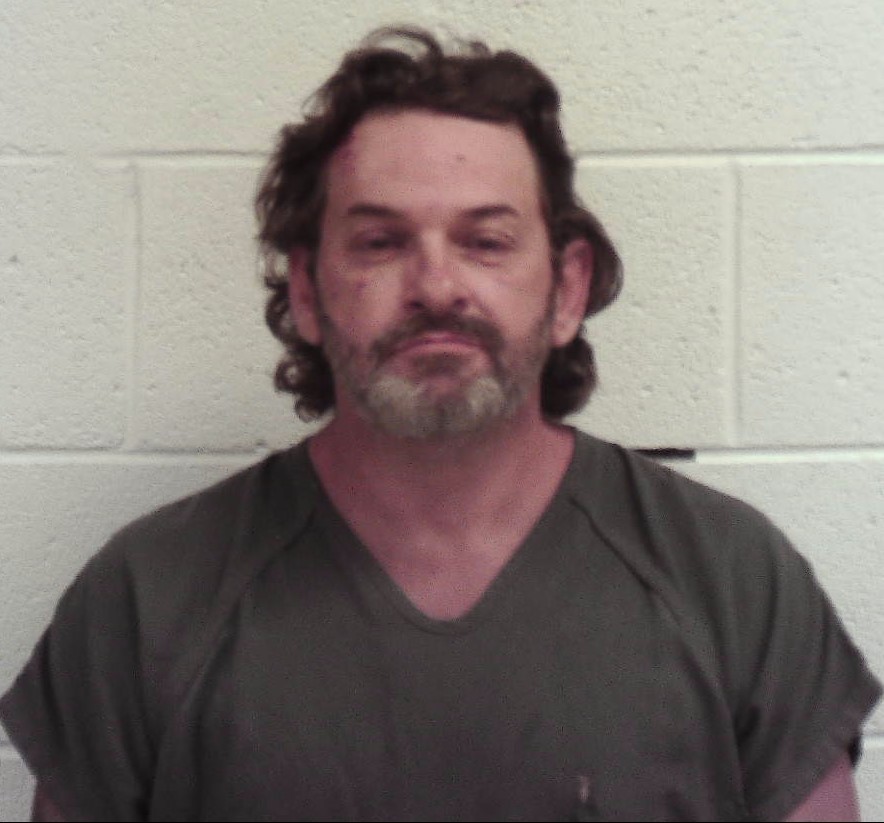 Reuben Alston Maples was charged with his 5th DUI and driving 100 MPH .
According to the arrest report, Caryville Officer Tony Mahar witnessed Reuben Alston Maples, 44, make a u-turn and “almost hit a street sign.”  Mahar then began following Maples and witnessed him allegedly make a second u-turn in his red truck.  At that time,  Mahar initiated a traffic stop.  As the officer walked up to the window of the vehicle, Maples pulled out.   Mahar returned to his patrol car and notified dispatch that “the car had took off and he was in pursuit.”
According to the report, Maples turned right onto I-75 northbound and was approaching speeds of 80 miles per hour. Officers witnessed the vehicle allegedly swerving in and out of both lanes and moving from shoulder to shoulder, running several cars off the road.  Maples then took the 144 exit “and once he was on the off ramp, he jumped the median onto the on ramp and got back on interstate 75 northbound.”
Maples allegedly continued at a high rate of speed riding in the middle of the center lane and swerving, causing other traffic to move to the shoulder of the road. Maples “started traveling at speeds above 100 miles per hour while changing lanes without notifying with his turn signal,” according to the report.
He lost control of his 1990 model Chevy 1500 truck around the 157 mile marker “when he struck the center divider and bounced off.”  The truck crossed all lanes of traffic, before going off the shoulder and coming to a rest.  According to the report, Maples continued to try to run, but his truck was too damaged from the crash.   Mahar got out of his patrol car and ordered Maples “to show his hands,” but Maples then attempted to flee on foot, “trying to evade and outrun” the police.
Mahar reported that Maples ran and laid down behind some bushes and would not reply when he was ordered to come out and show his hands. The officer said he had “to pull him out and place him in cuffs.”  After checking him for weapons, the officer uncuffed him and checked him for injuries and called EMS to check him as well. According to the report, the EMS team “checked Maples and ruled he had no serious injuries.”
Maples was not given the standardized sobriety test as he was a “flight risk.”  At that time, he was placed under arrest for “his safety and the safety of others.” At the Campbell County Jail, Maples consented to a blood test for alcohol and drugs. The nurse on duty “checked him over once more for injuries he was complaining about and also stated he didn’t have any serious injuries.”
Maples was charged with driving on a revoked license, reckless endangerment, violation of the stop/halt/frisk, violation of the turn signal law, registration violation, following too closely, illegally crossing the highway divider, felony evading arrest, driving under the influence (5th charge for DUI), failure to maintain lane, traffic control device, reckless driving, violation of due care, and speeding 100 in a 65.  He has a court date set for Aug. 11, at 9 am at the Campbell County Courthouse. (WLAF NEWS PUBLISHED – 06/15/2020-6AM)