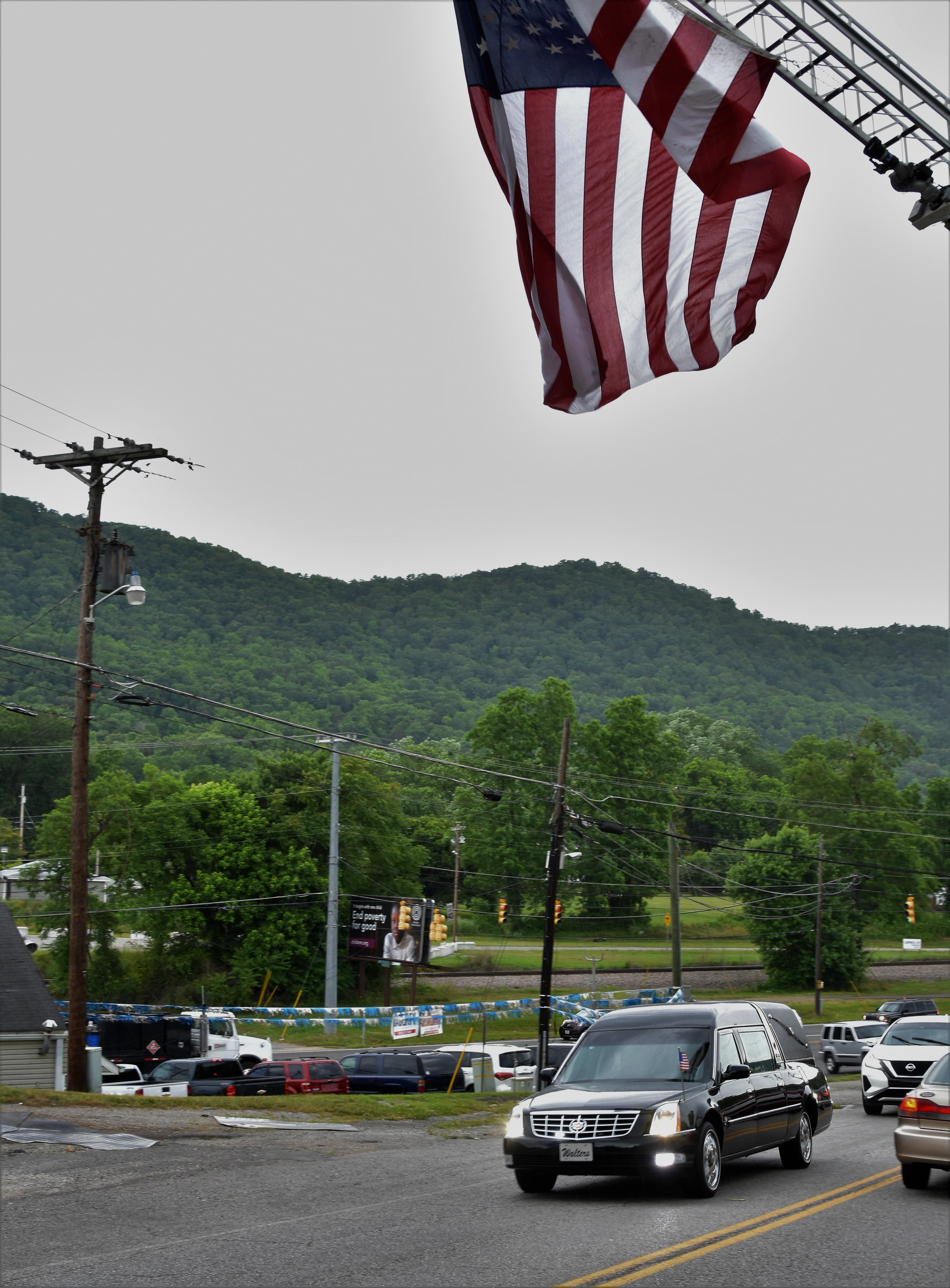 TOP PHOTO:  U.S. Army PFC Rece Dial was honored on Sunday afternoon as the La Follette Fire Department posted its flag high above South Avenue while his funeral procession made its way to Bakers Forge Cemetery at Demory as La Follette Mayor Mike Stanfield, a Vietnam war veteran, drove the city’s Humvee in the motorcade. 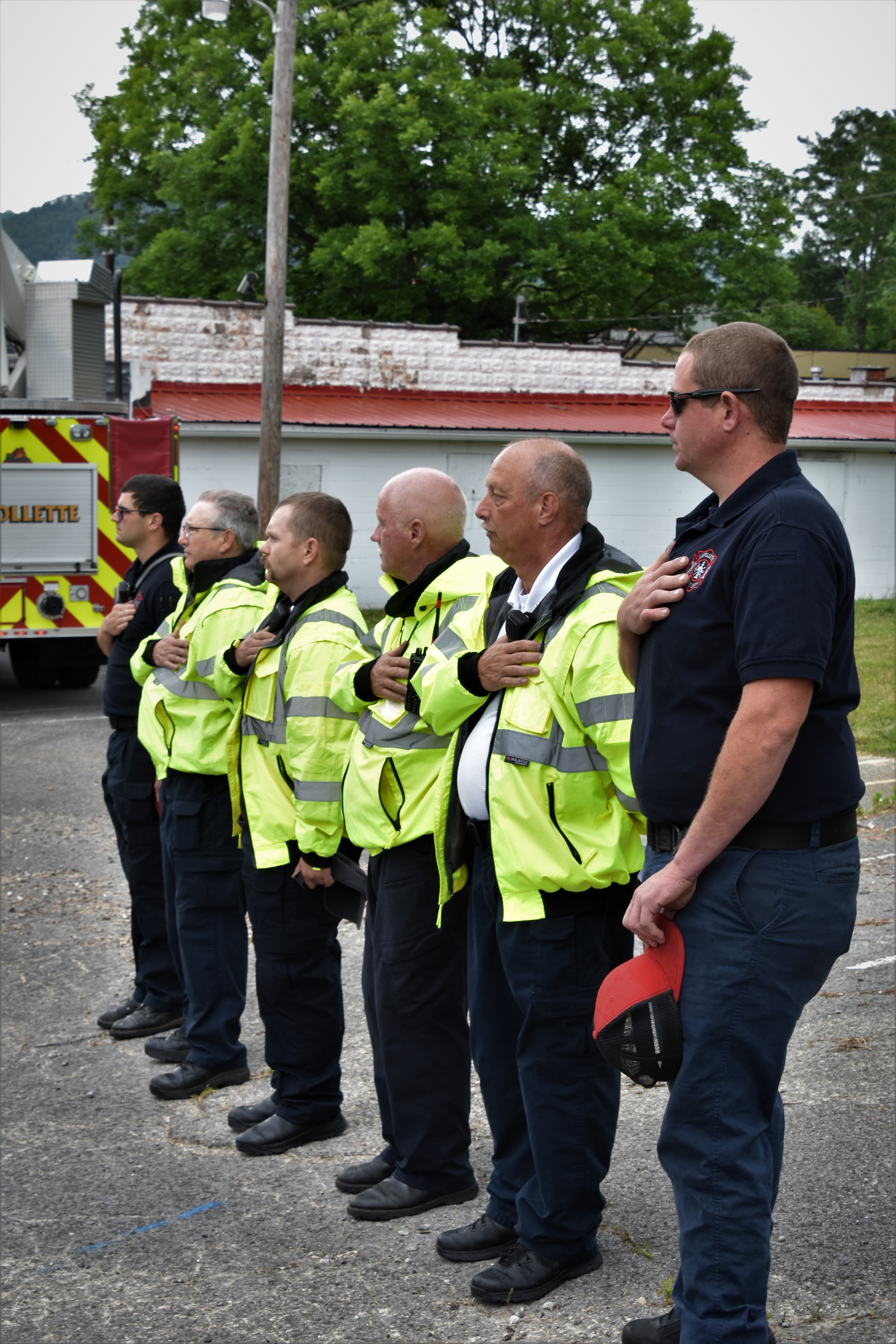 Early Sunday afternoon, members of the La Follette Fire Department honored Dial with the US flag hanging from the LFD ladder truck as the motorcade pulled up the South Avenue hill enroute to Bakers Forge Cemetery at Demory.

A 2017 graduate of Campbell County High School, Dial was currently serving as a Radio Retrans Operator stationed at Fort Campbell, Kentucky, when he died on June 7.  Even though the private first class had just enlisted in 2019, he had already received the National Defense Service Medal, Global War on Terrorism Service Medal and the Army Service Ribbon.