TOP PHOTO:  What’s left of the road closed signs across a good portion of the Central Avenue Bridge is soon coming down.

LAFOLLETTE, TN (WLAF) – The nearly 100-year-old Central Avenue Bridge is almost ready to welcome traffic to all four of its lanes.  The superintendent for the refurbishment project, Charlie Bowling with Southern Constructors, Incorporated, said, “If all goes as planned, all four lanes across the bridge will be open by late tonight or in the first few hours of Tuesday morning.” The tar paper looking covering to the left of the asphalt is actually a rubber deck seal that melts when the asphalt is laid down, and then it seals and bonds on the bridge according to the project superintendent.

“By 7:30 or 8:00 tonight, crews will begin changing the traffic pattern and by 10:30 pm or 11 pm, they’ll start striping the road.  So, by very late tonight or early on Tuesday morning, the bridge traffic will be wide open,” said Bowling.  At this point of the project, only the weather will delay the reopening plans.

Bowling said, “To build a bridge like this in 1921 was quite a fete as a lot of workmanship went into it.  Arch bridges are a thing of the past, and we did all we could to maintain it.”  Though the bridge will be open on top to traffic, refurbishment efforts will continue under the bridge for a while longer. Rick Lawson is the construction foreman for Rogers Group (left) and Mark Lay of TDOT is one of the inspectors on the Central Avenue Bridge project. A TDOT official said, “This is a good thing.  They’ve done a nice job, and I think a lot of people will be happy and proud of this bridge.” Crew members with SCI took great pains in constructing the windows of the bridge to add a “throwback look” to the bridge that was built in 1921.  As a finishing touch, the windows will be texture coated, and it will lighten them up in color. When asked about if the bridge had had to be razed, Bowling said, “That would’ve been an ordeal.”  Two buildings, the Carl Pierce (left) and Richard’s Barber Shop (right), were built on part of the bridge abutment.  However, it would have been do able.” 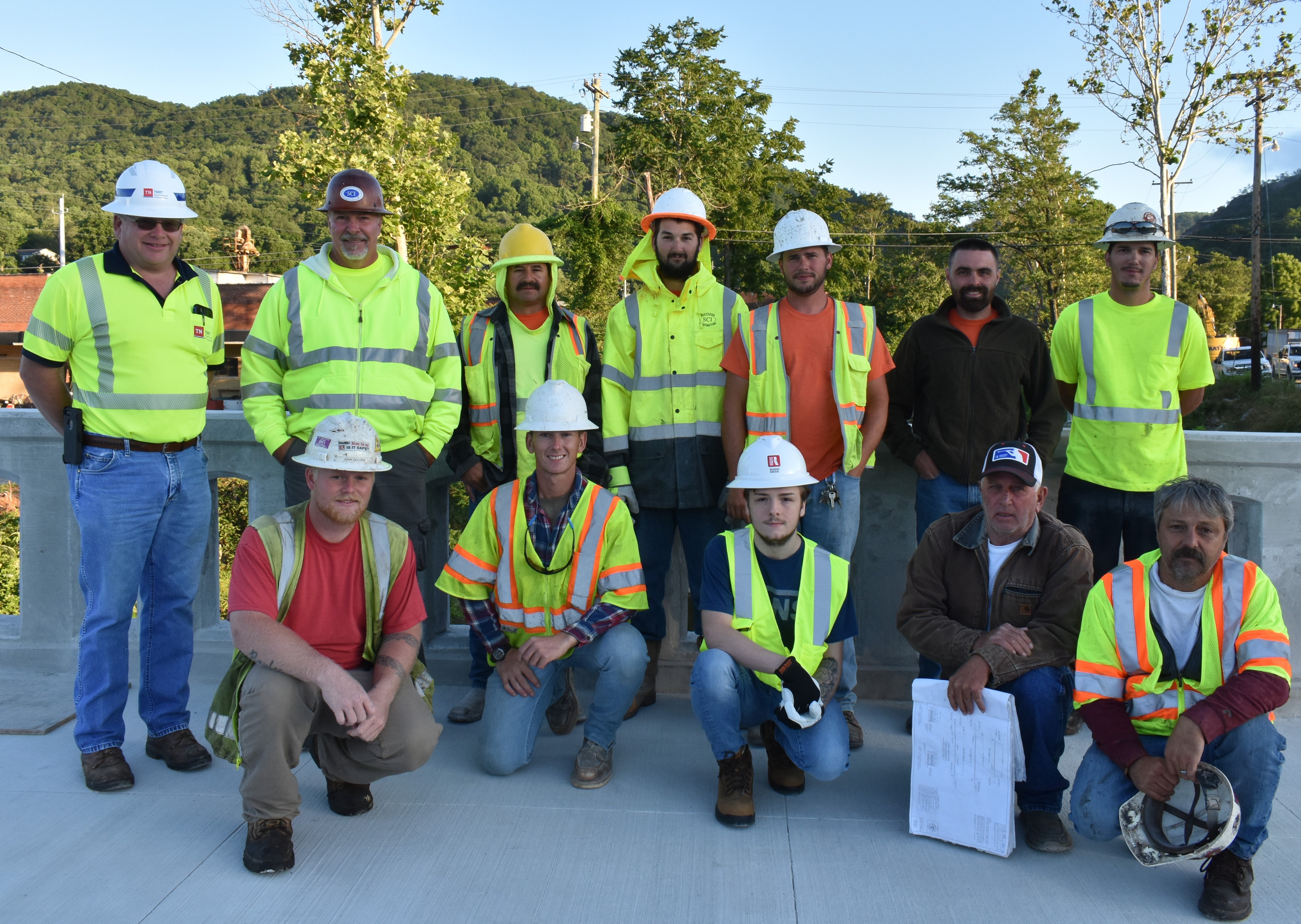 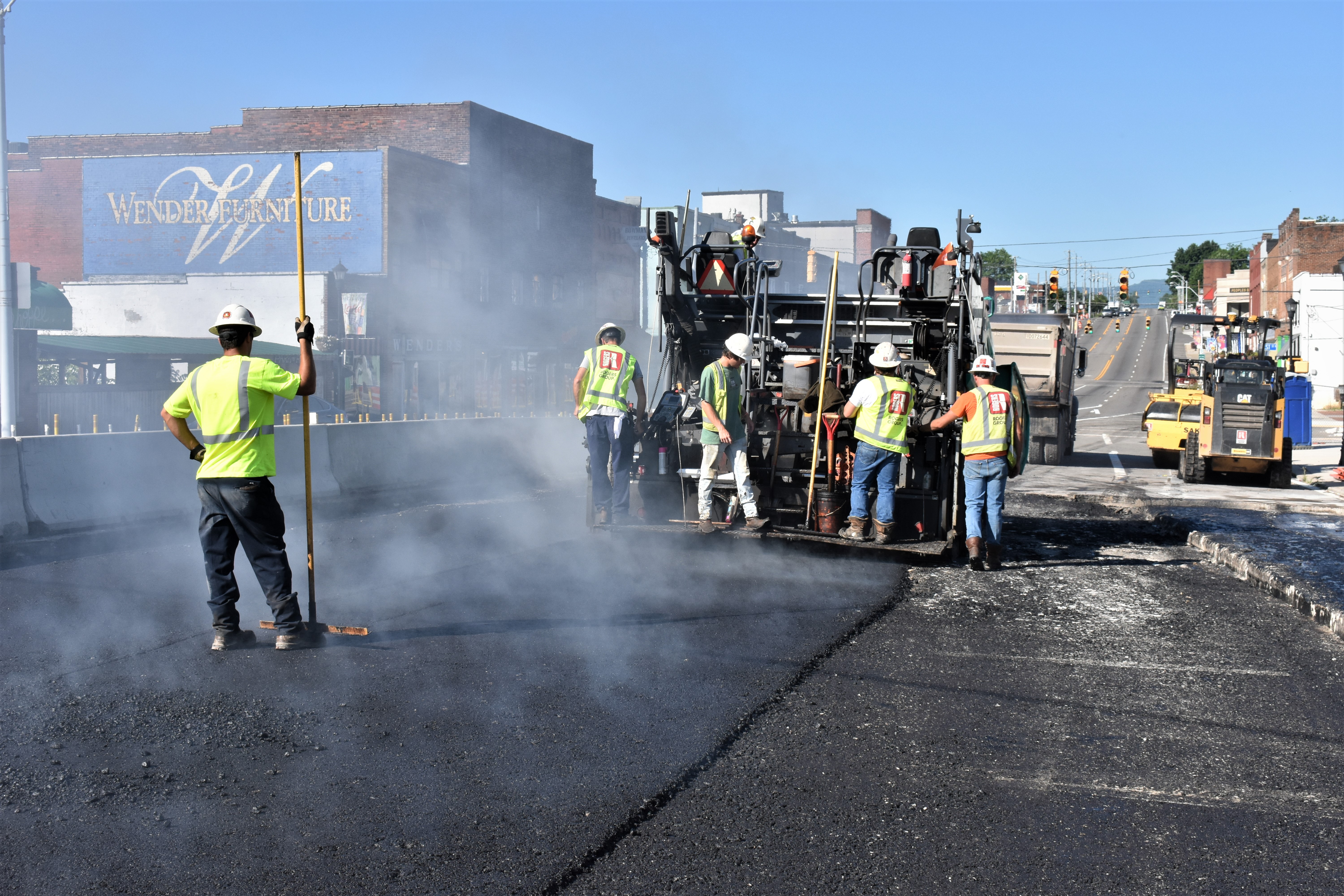 The temperature of the asphalt is usually between 350 and 360-degrees. Not long after daybreak on Friday, prep work to pave the north side of the Central Avenue Bridge started. This Charlie Hutson photo is from September 2019 as the superintendent for the refurbishment project, Charlie Bowling with Southern Constructors, Incorporated (SCI), surveys the bridge as his crew began digging down to the deck of the bridge having no idea what they’d find once they reached it.  One crew member was heard saying on that first day “I bet there’s eight-inches of asphalt here.”
What began nearly nine-months ago, the Central Avenue bridge refurbishment project, is expected to be completed, at least where traffic is concerned, late tonight.  The first step of the project began on September 16, 2019.  (WLAF NEWS PUBLISHED – 06/15/2020-6AM – PHOTOS COURTESY OF WLAF’S CHARLIE HUTSON)