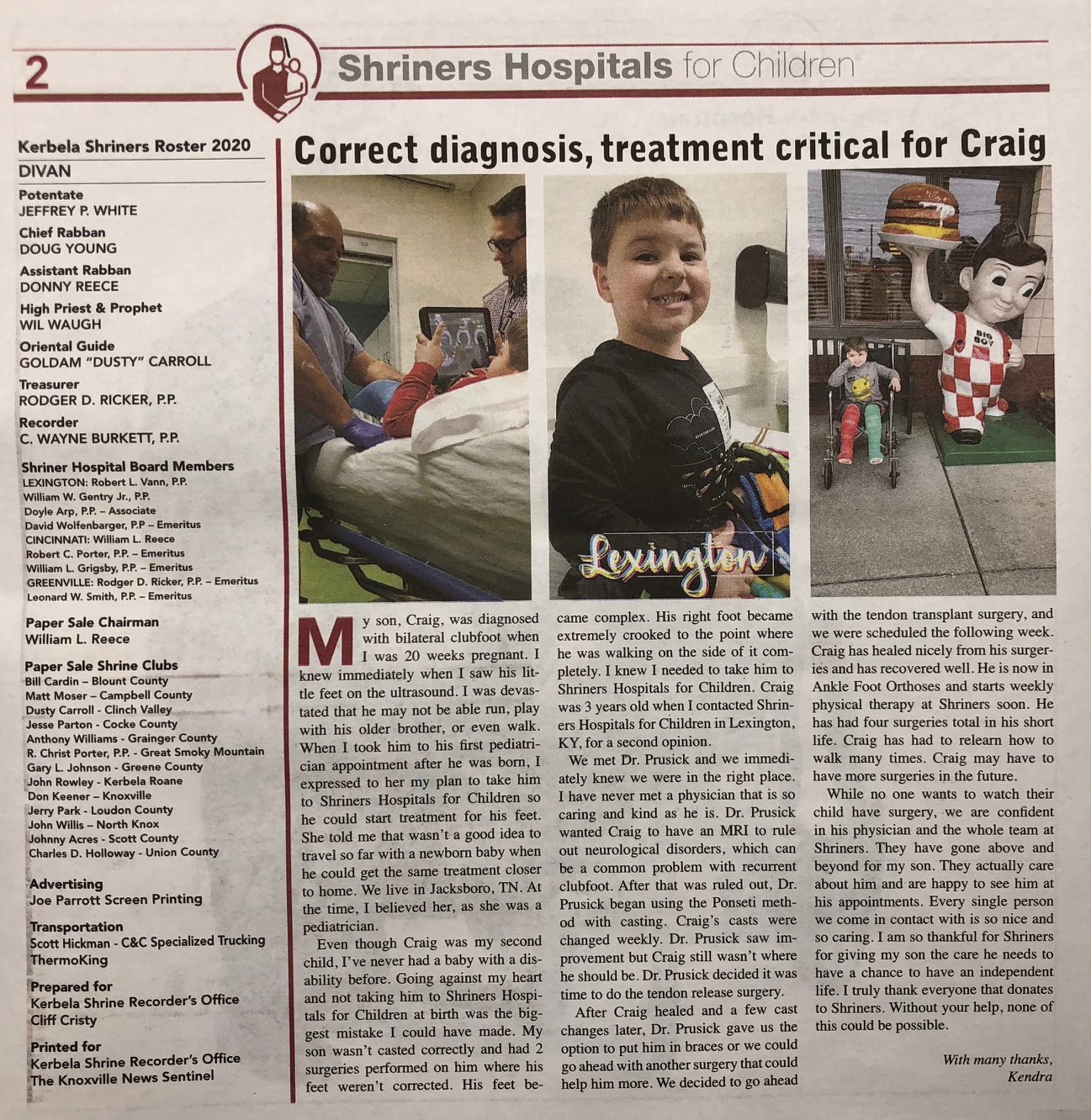 JACKSBORO, TN (WLAF) – “He can run and play like any other kid now,” said Craig Griffin’s grandfather, Jimbo Burton.  Craig, who is four- years- old, was diagnosed with bilateral clubfoot before he was even born.

Craig’s journey to walking, running and playing like other children began at the first doctor’s appointment following his birth.  His mother, Kendra, wanted to take Craig to Shriners Hospital for Children from the beginning.  However, she was talked out of it by Craig’s doctor.  The first surgeries did not end successfully.  That’s when Craig was then taken to Lexington to Shriners Hospital for Children. 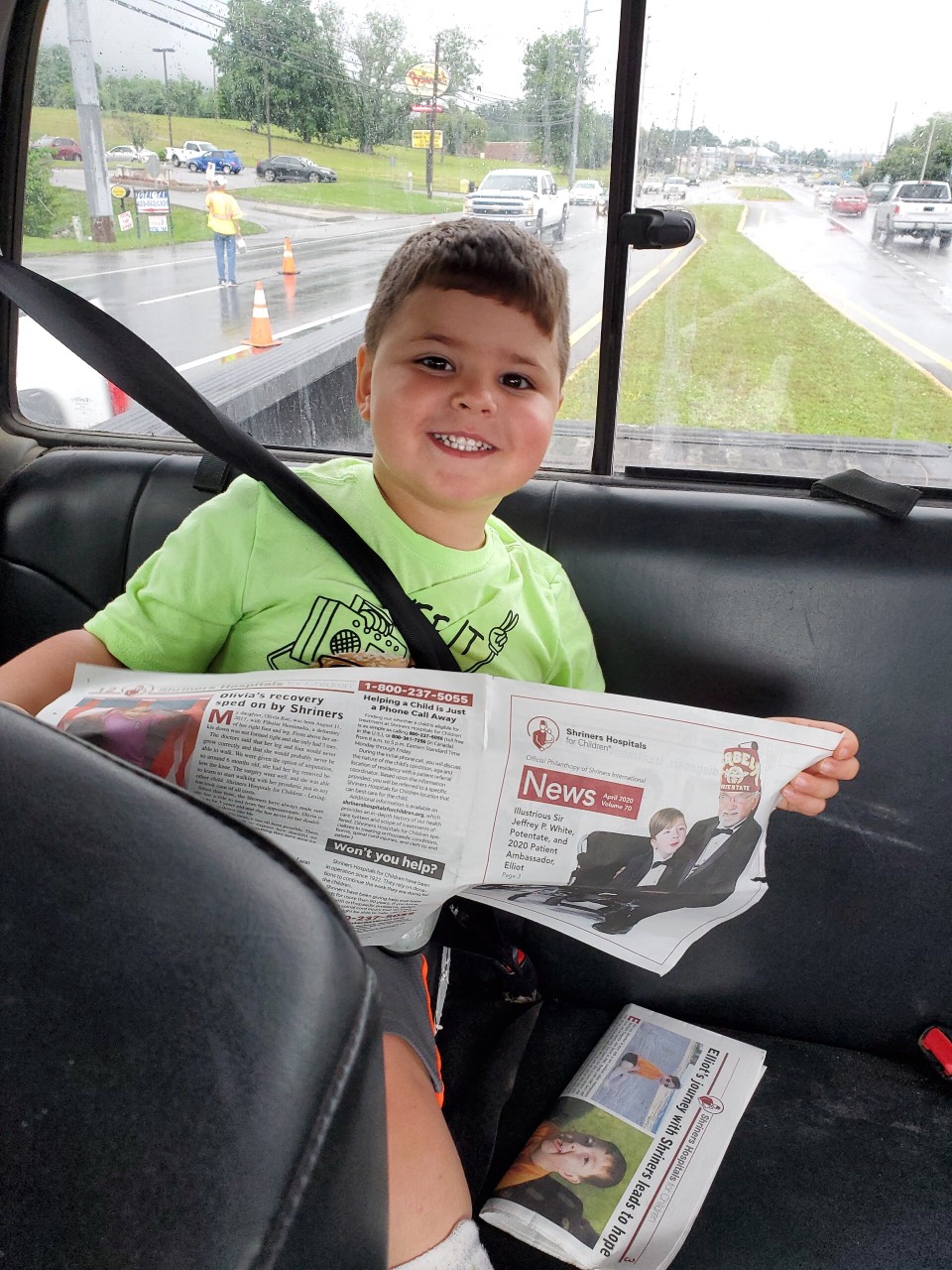 The always smiling Craig Griffin is checking out the story and photos of himself in the latest Shrine Paper.

The Shrine Paper sale was this weekend around Campbell County.  If you made a donation and have this year’s paper, take a look at the young man on Page 2.  If you don’t have a paper, CLICK HERE to read the story of Craig Griffin. 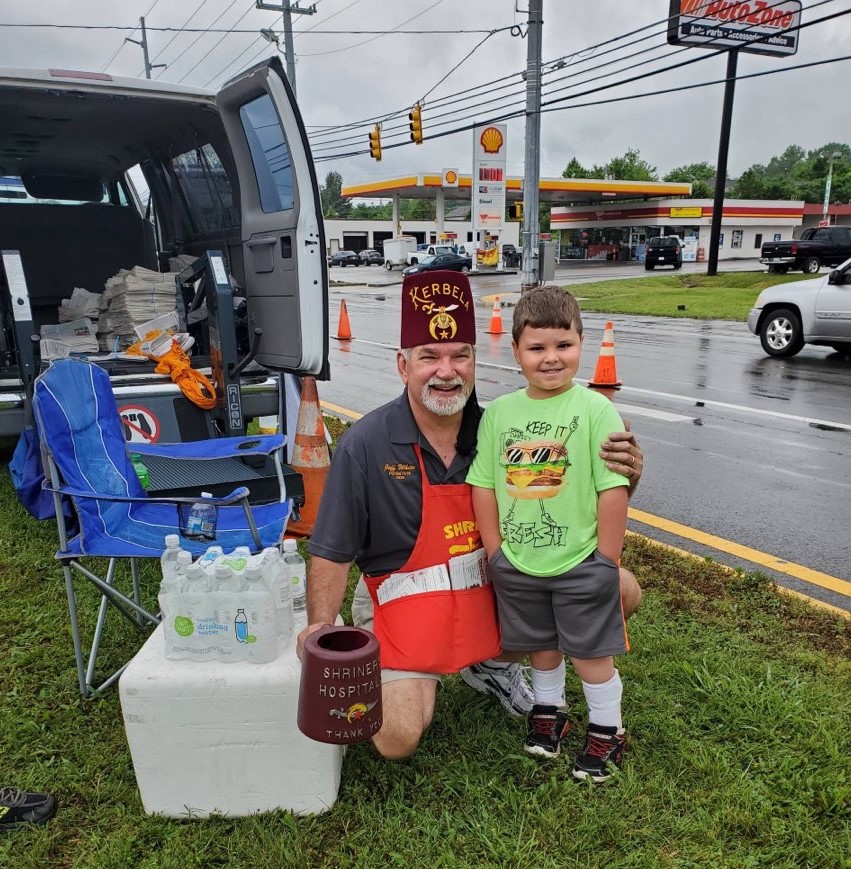 Illustrious Sir Jeffrey P. White, Potentate, of the Kerbella Shrine Temple at Knoxville pauses for a photo with Shriners Hospital for Children success story Craig Griffin of Jacksboro.  Pappy Jimbo Burton and Craig dropped off water to the Shriners working in front of Food City Center at Woodson Mall on Friday morning.  Pappy said, “It was a way for us to pay forward.”