CARYVILLE, TN (WLAF) – On one of the hottest days of the season, so far, firefighters battled fire as well as nature’s heat this afternoon just off the 141 exit of I-75.

The fires of first an ATV side-by-side and second a resulting brush fire were brought under control by firefighters with the Caryville Fire Department and the Campbell County Rural Fire Service.  There were no injuries in the fires that were called in one after another starting at 2:20 pm on Saturday afternoon. 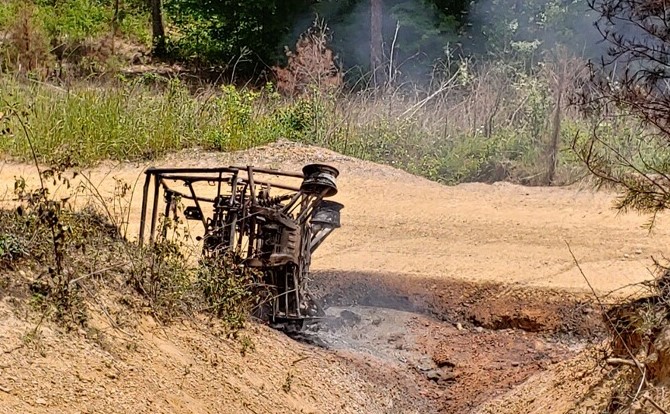 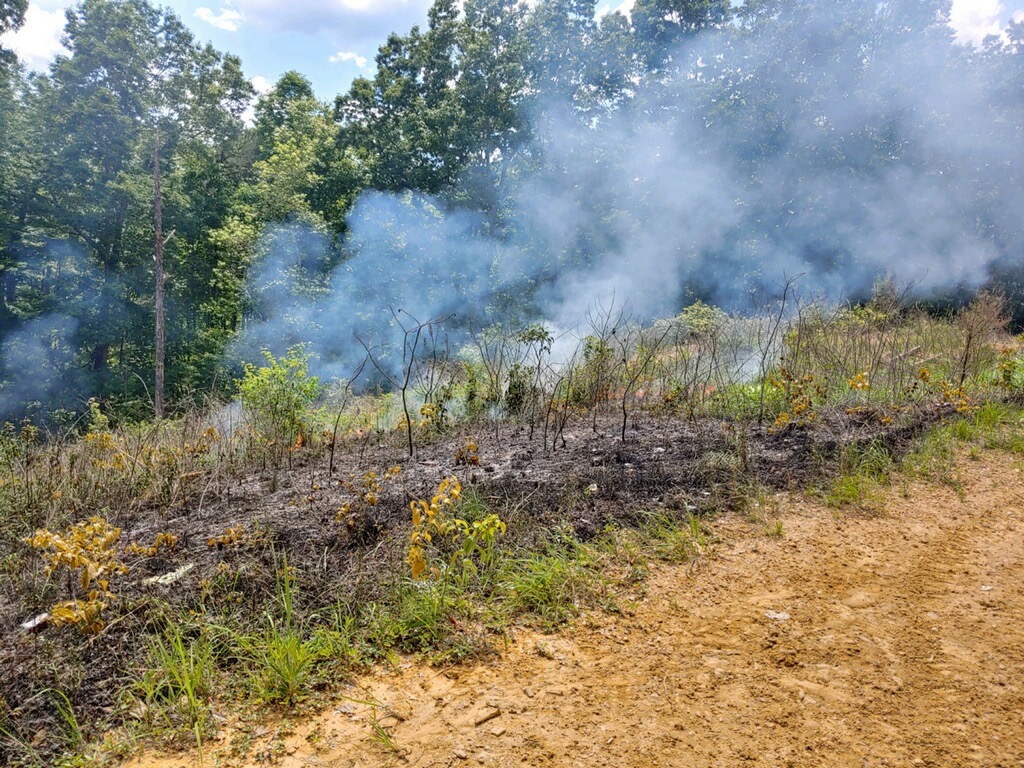 The fires were just off Flatwoods Road near I-75’s 141 exit.

The driver of the ATV was able to safely escape the unit.  A brush fire sparked from the side-by-side flames.  (WLAF NEWS PUBLISHED – 06/06/2020-4:30 PM-PHOTOS COURTESY OF CCRFS ASSISTANT CHIEF DANIEL LAWSON)