It may not look like it, but this man is having the time of his life, and after 20 years on the job, he still loves what he does.  Gary “Bo Bo” Boles is a one man wrecking crew and demolition is his specialty.  The Morgan County native is the construction supervisor handling the demolition of the former Prim Bakery on North Tennessee Avenue.

LAFOLLETTE, TN (WLAF) – Even though what was left of the Prim Bakery building was taken down and hauled away on Thursday, its legacy will live on in the building that will replace it.  Demolition and construction crews have been working for a few weeks now to prep the former Prim Bakery and Minton Sharp buildings to make way for new, additional facilities for the La Follette Utility Board (LUB) the next block over from the LUB main offices.  HERE is a related story.

Here is a photo play-by-play from WLAF’s Charlie Hutson as the outside wall of the former Prim Bakery building is brought down. 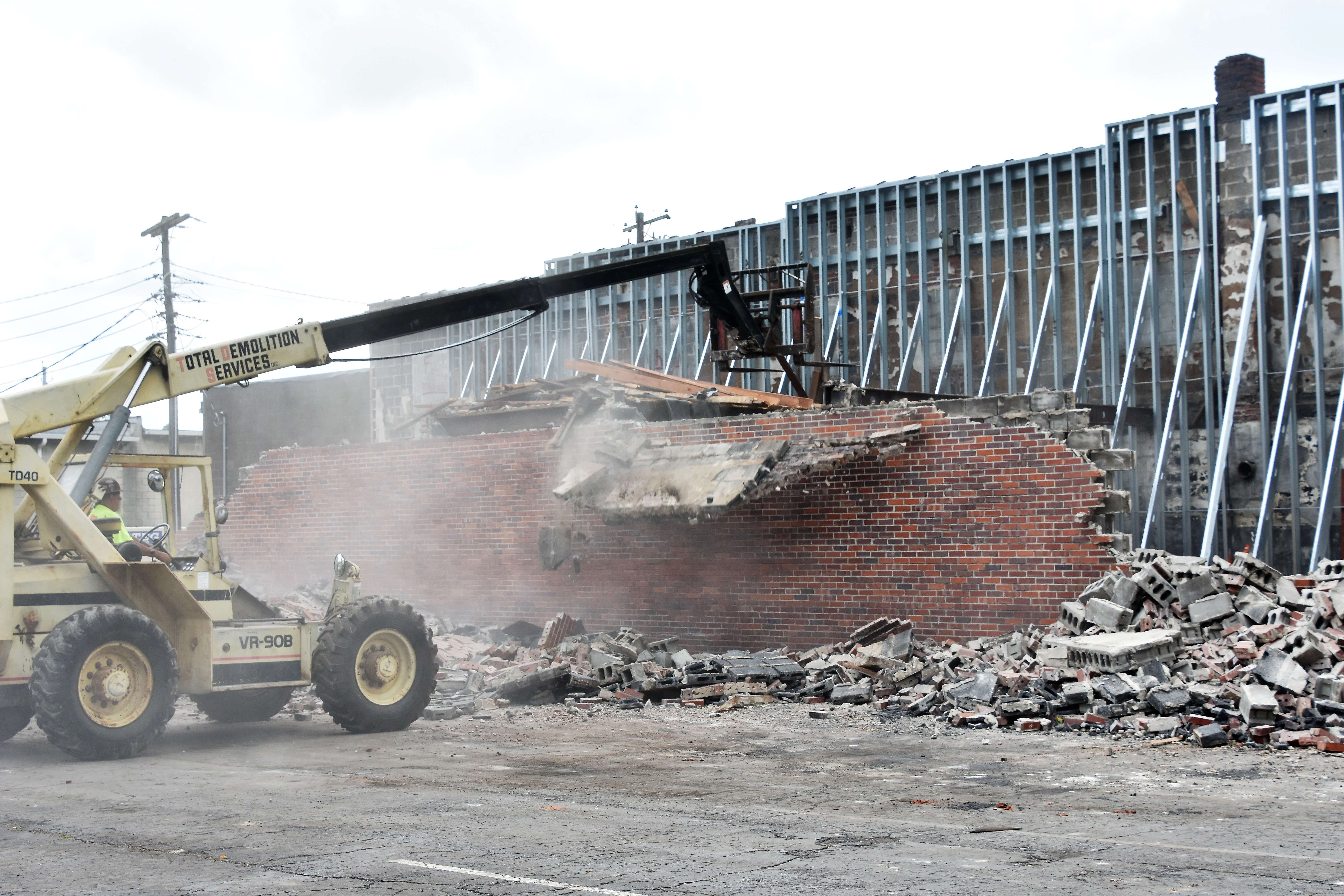 Before the wall could be razed, the beams, thought to have originally been used as bridge beams, were cut loose and hauled away (below). Boles is cutting out the last top beam, then moving it to the pile. All of the remnants of the building are expected to be cleared away and gone by Saturday according to Gary “Bo Bo” Boles, the construction supervisor.  Just a little after 4pm Thursday, it was all on the ground and some already being hauled away. 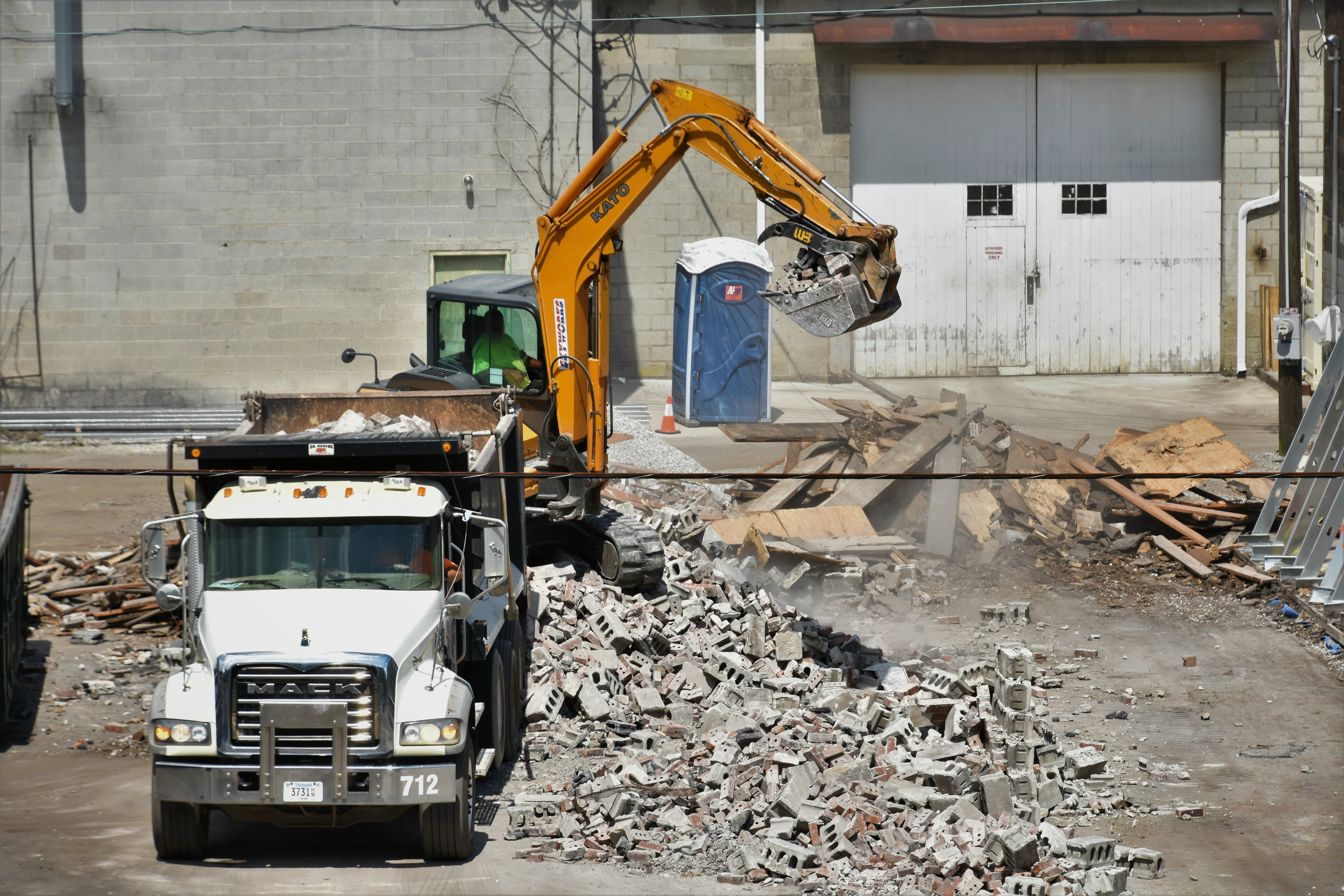 Gary “Bo Bo” Boles is the construction supervisor for Demolition Services while Ray Sisson, the job supervisor for Monolith of Knoxville, and both are in their orbit on this project; Hog Heaven.  The new building where the Prim Bakery once stood and refurbishment of the Sharp building are expected to be completed by early 2021 if not sooner.  (WLAF NEWS PUBLISHED – 06/05/2020-6AM-PHOTOS COURTESY OF WLAF’S CHARLIE HUTSON)