This is a story published by WLAF in August of 2017 and is republished today as we remember a Tennessee Football legend, Coach Johnny Majors.  The coach passed away at his Knoxville home on Tuesday. 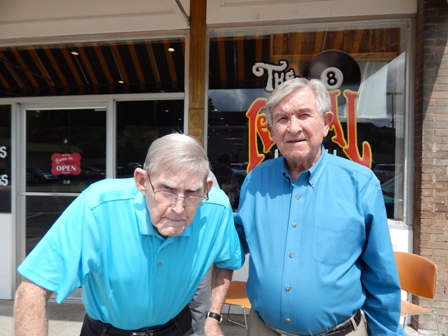 The old coaches, Majors, Murray, and Jim Smelcher, took over the big table at the Royal Lunch Room with some friends and fans.  Smelcher, a Lake City native, was a Tennessee teammate of Majors and was the head football coach at Bearden back in the 1960s.

All the attention was on Majors.  And I couldn’t help but ask.  What was your favorite game in your playing days?  Majors shot back in his snappy, distinct tone, “Georgia Tech.  1956!”  CLICK HERE to hear Majors full account. 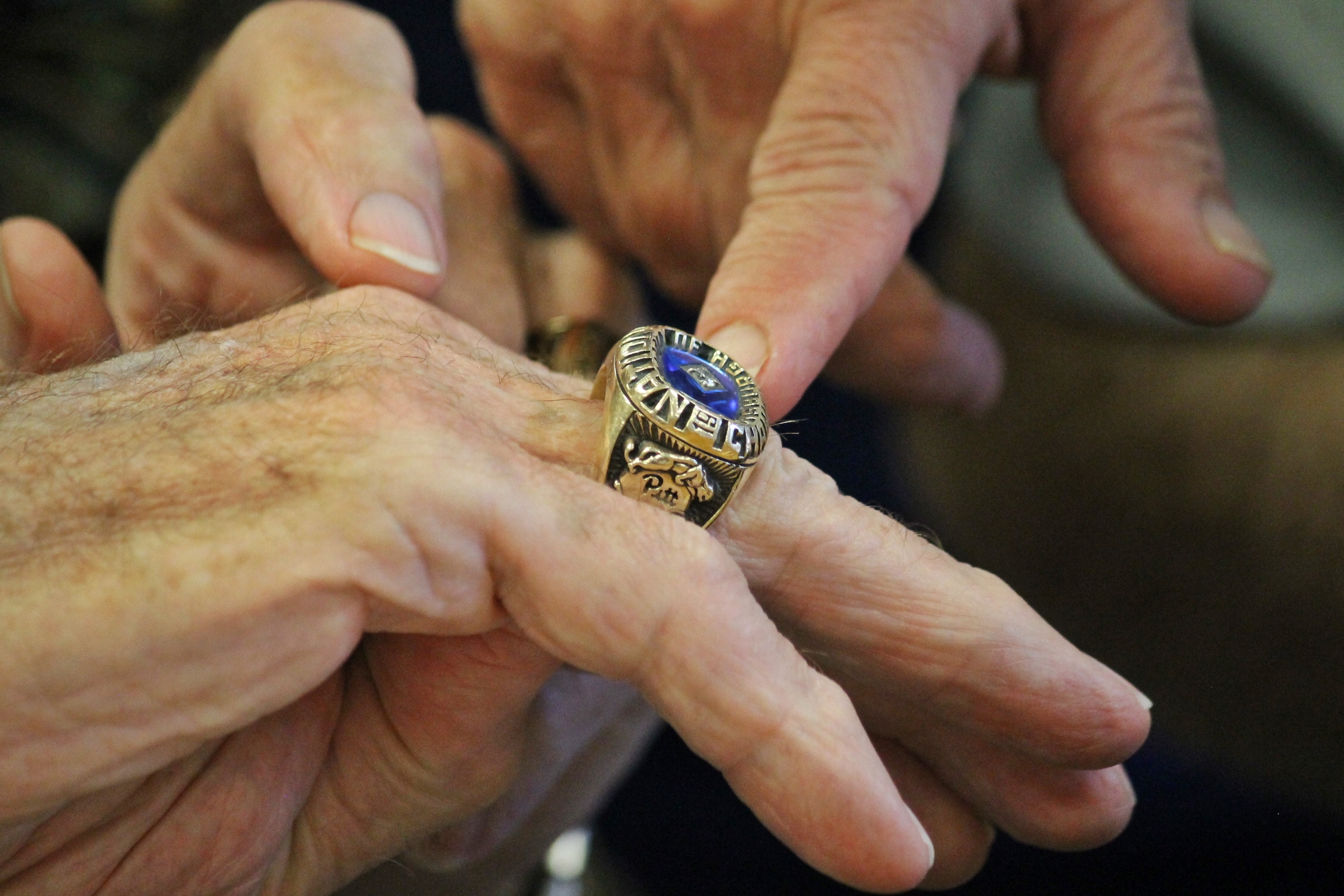 Majors shows off his 1976 National Football Championship ring after his Pittsburgh Panthers finished the year 12 & 0.  The Panthers, four seasons removed from a 1-10 record, stormed to the 1976 national championship with a 12-0 mark, including a 27-3 win over Georgia in the Sugar Bowl. Led by Coach Johnny Majors and Heisman Trophy winner Tony Dorsett, the ’76 squad earned status as one of the greatest teams of all time.

Ironically, the Vols open the 2017 season, some 61-years later, on Monday night at Atlanta against Tech.  There’s a lot on the line for that one but not near as much as in that ’56 match-up.

The 80+ year old Majors recalled that afternoon on Grant Field as if it were yesterday.  “We would quick kick it on third down some in those days.  We had the ball at our 15-yard line; third and three, and Georgia Tech’s safety went deep thinking I’d punt.  But I didn’t – running for a first down instead.  Then on first down, I did quick kick; first and only time I ever did on first and ten.  That punt sailed 69-yards, and we backed up Tech at its 12-yard line.” 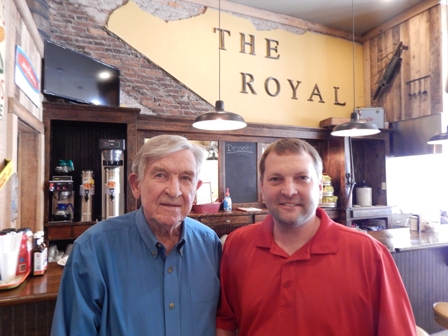 Dr. Jim Farris, Jimmy in his high school years, attended that 1956 classic along with his buddy, Jimmy Higdon; both juniors at La Follette High School.  It was their first Vols away game.  Higdon’s father, Carl, owned the Royal Lunch Room back then.  Farris recalls catching up with a couple of his La Follette buddies, Bob Robards and Horace Brown, when they made it to campus in Atlanta.  They were freshmen that fall at Georgia Tech.

Farris remembers sitting in the south end zone on that November afternoon.  He says he can still see Majors, on the north end of the field, throwing a long pass that was caught by a Volunteer after two Tech defenders collided.

Majors said, “We won it on a touchdown after Tommy Bronson, our fullback, plunged in from a yard out.  We had one of the worst extra point kicking teams in the nation, and we missed the extra point.”

Tennessee won that SEC “game of the decade” six to nothing.  The Vols went on to finish the season ranked second in the country, but ranked first for the week after the Tech win.  Majors said that on college football’s 100 th anniversary in 1969, Sports Illustrated listed its Top 100 Games of All Time.  That UT-GT game was voted second best ever.  (WLAF NEWS PUBLISHED 08/30/2017-6AM-PHOTOS COURTESY OF DAVID GRAHAM-REPUBLISHED – 06/04/2020-6AM))