Murray’s close friend of more than 60-years passed away at his Knoxville home on Tuesday.  The two, generally with a handful of friends, would regularly meet up for lunch and stories over the years.  They’d hoped to do that earlier this year.

Majors celebrated his 85th birthday on May 21 and the day included a happy birthday call from Murray.  “He called me three times in two days last month.  One of those calls included about a two-hour visit,” said Murray. 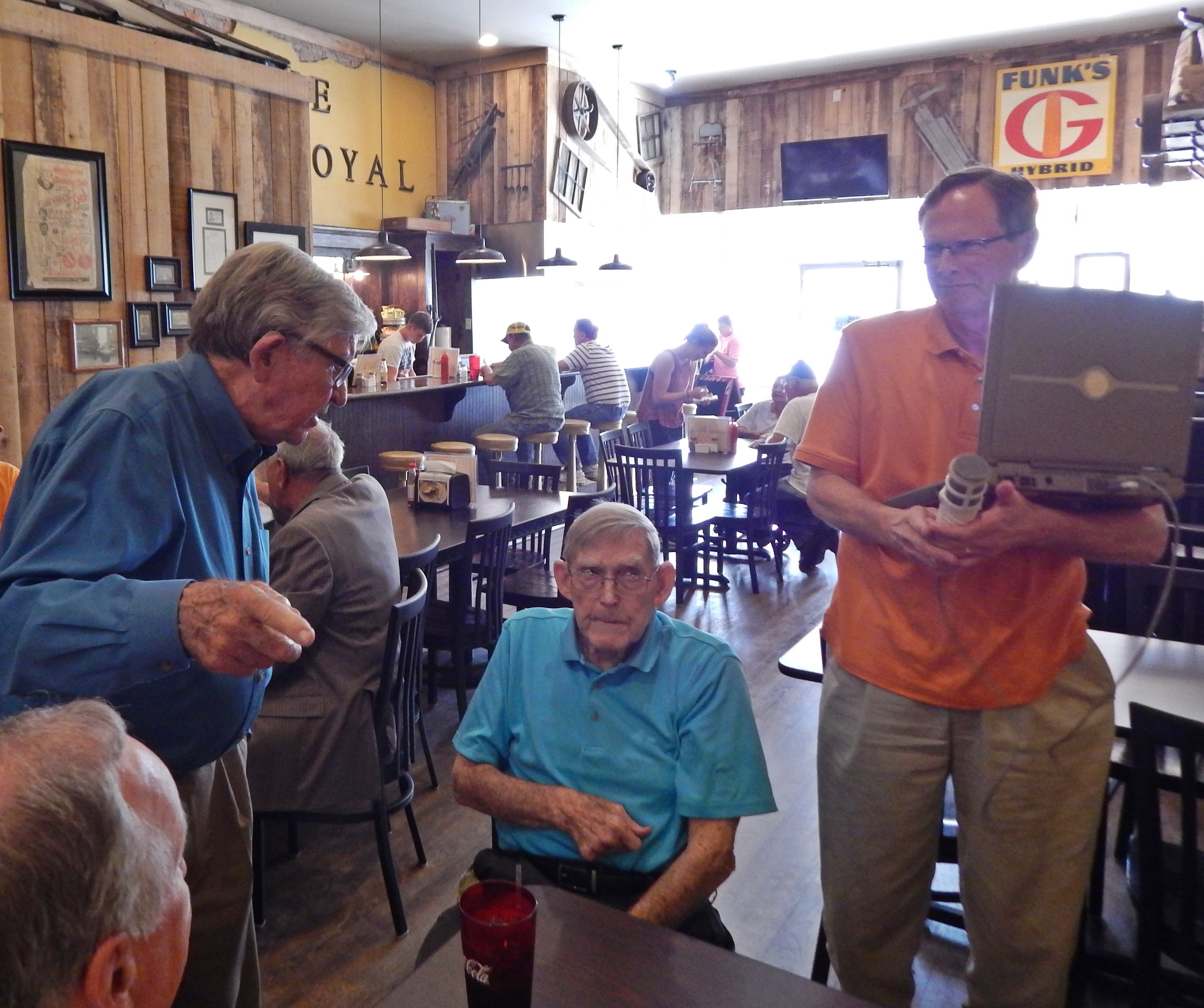 Left to right:  Wayne Kitts, Johnny Majors, Ron Murray and Jim Freeman.  Majors had another close La Follette connection in the late Bill Kincaid.  Kincaid, who starred at La Follette High, also played at Tennessee and was roommates with Majors.

Before he was “Coach” Murray, he played on legendary La Follette Coach John R.W. Brown’s very first La Follette High School Owl Basketball team.  Murray also starred in football for the Owls.  After high school and college, Murray served as a trainer for Earl Weaver’s Knoxville Smokies, Adolph Rupp’s Kentucky Wildcats and Harvey Robinson’s Tennessee Vols.  It was in 1954 as an assistant Trainer when the Murray-Majors friendship began.  Majors was a sophomore for the Vols that season.

As assistant trainer, Murray, now 90-years old, did a little bit of everything.  He was over the team’s dining room, and one of his responsibilities was to make sure all the players ate breakfast everyday.  “That was a hard and fast rule from the coaches,” said Murray.  He also lived inside Neyland Stadium with the players in the East End stands.  Lights out was 10:30 pm, and Murray did room checks each night.  One of his duties was to secure a hotel room for the Majors family when Johnny’s parents came to town for a Saturday football game.  “They were wonderful people, Shirley and Elizabeth.  He was a legendary coach in his own right, and Mrs. Majors taught school.  In fact, Shirley’s photo is in a La Follette High annual from the early 1960s when he spoke at one of the football banquets” said Murray.

Coach Johnny Majors, and Wayne Kitts sits nearby, took time for an interview in 2017 sharing memories of his favorite game as a player; the 1956 Vols game at Atlanta against Georgia Tech.  Listen in HERE.

“Johnny called the plays for the offense.  Though sometimes, the coach would call the first play when a series began.  He was so unique.  You just never knew what he was going to do next in a game,” said Coach Murray.  One of Majors’ favorite plays was the “10” play when he would run off tackle behind a double-team block added Murray.  He shared that Majors was the greatest story teller he was ever around recalling that he was famous for “I have just one more story.”

Murray said, “If he loved you, he stuck with you.  We stayed in touch ever since that first meeting.”  (WLAF NEWS PUBLISHED – 06/04/2020-6AM-PHOTOS COURTESY OF DAVID GRAHAM)