TOP PHOTO:  Seconds after the La Follette City Council voted him in as fire chief, Chief Jimmy Pack was off to an apartment fire for his first act of duty as full-time chief. 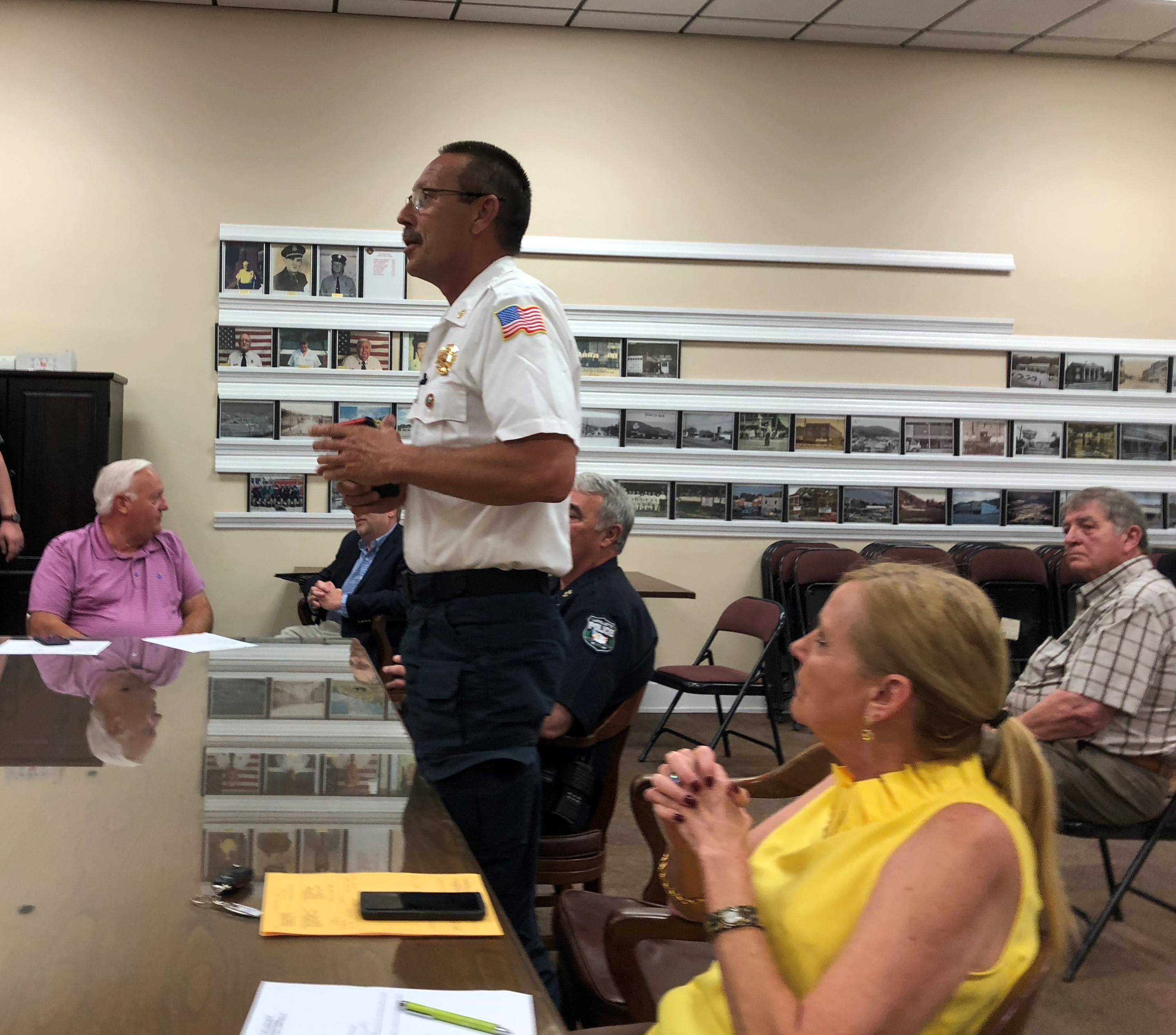 New La Follette Fire Chief Jimmy Pack expresses his thanks to the mayor and council for their vote of confidence in him by naming him chief.

LAFOLLETTE, TN (WLAF) – On Tuesday evening, interim La Follette Fire Chief Jimmy Pack was unanimously voted to be the city’s new fire chief following the January retirement of Charles Eldridge.  After the vote, the new chief said, “Let me say thank you, and now, if you’ll excuse me, I have an apartment fire I need to get to.” 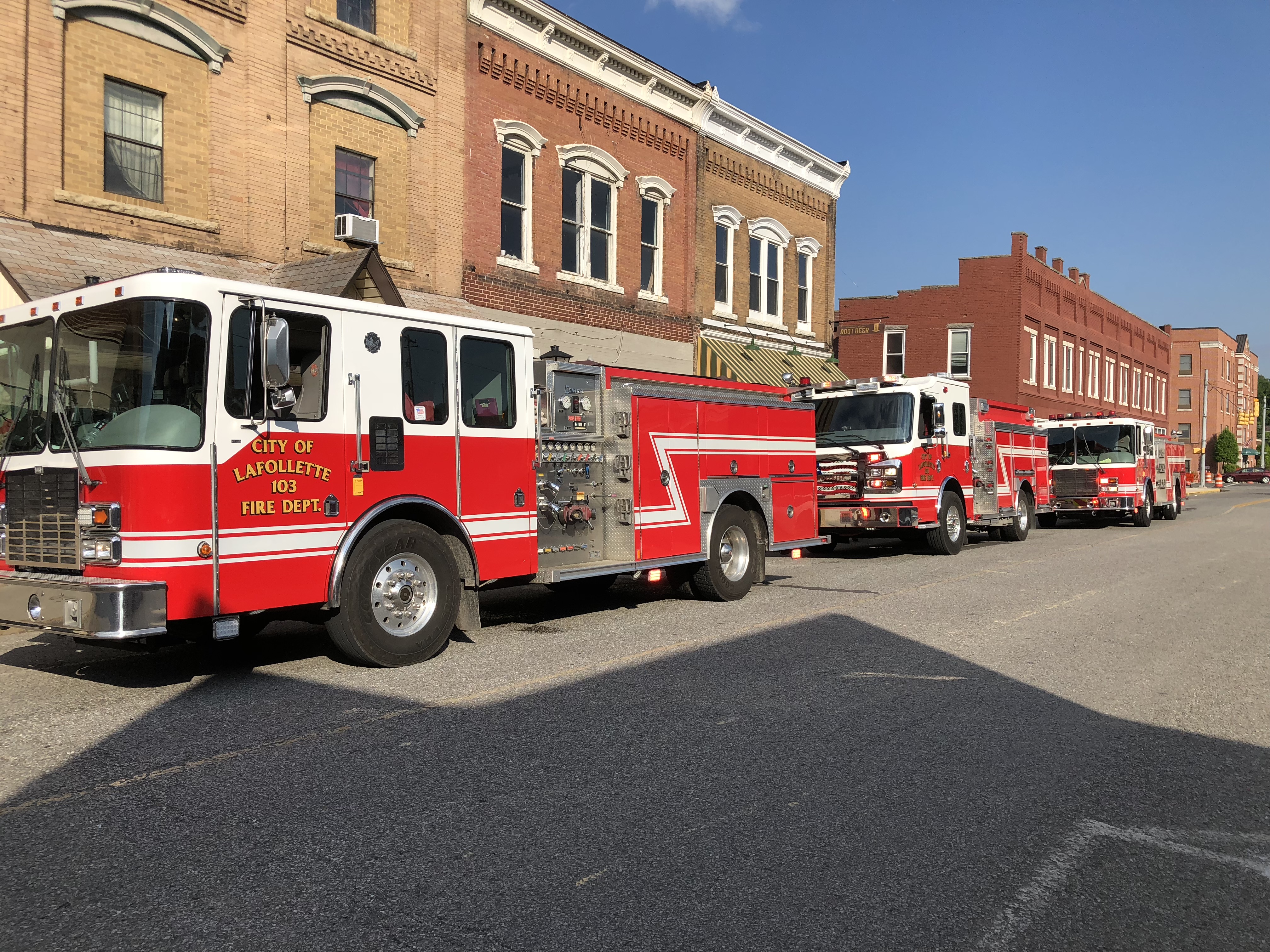 The first order of business for the veteran firefighter, and now chief, was to hustle up North Tennessee Avenue.  Pack joined his men as they scoped out where the fire was in the apartments above the building that sits between the Royal Lunch and C & L Furniture.

“It’s a grease fire.  But we’ve got it.  There’s a good amount of smoke with it,” said Pack.  He stood at the bottom of the stairwell as firefighters placed an exhaust fan there to help clear the smoke from the fire they had just snuffed out. 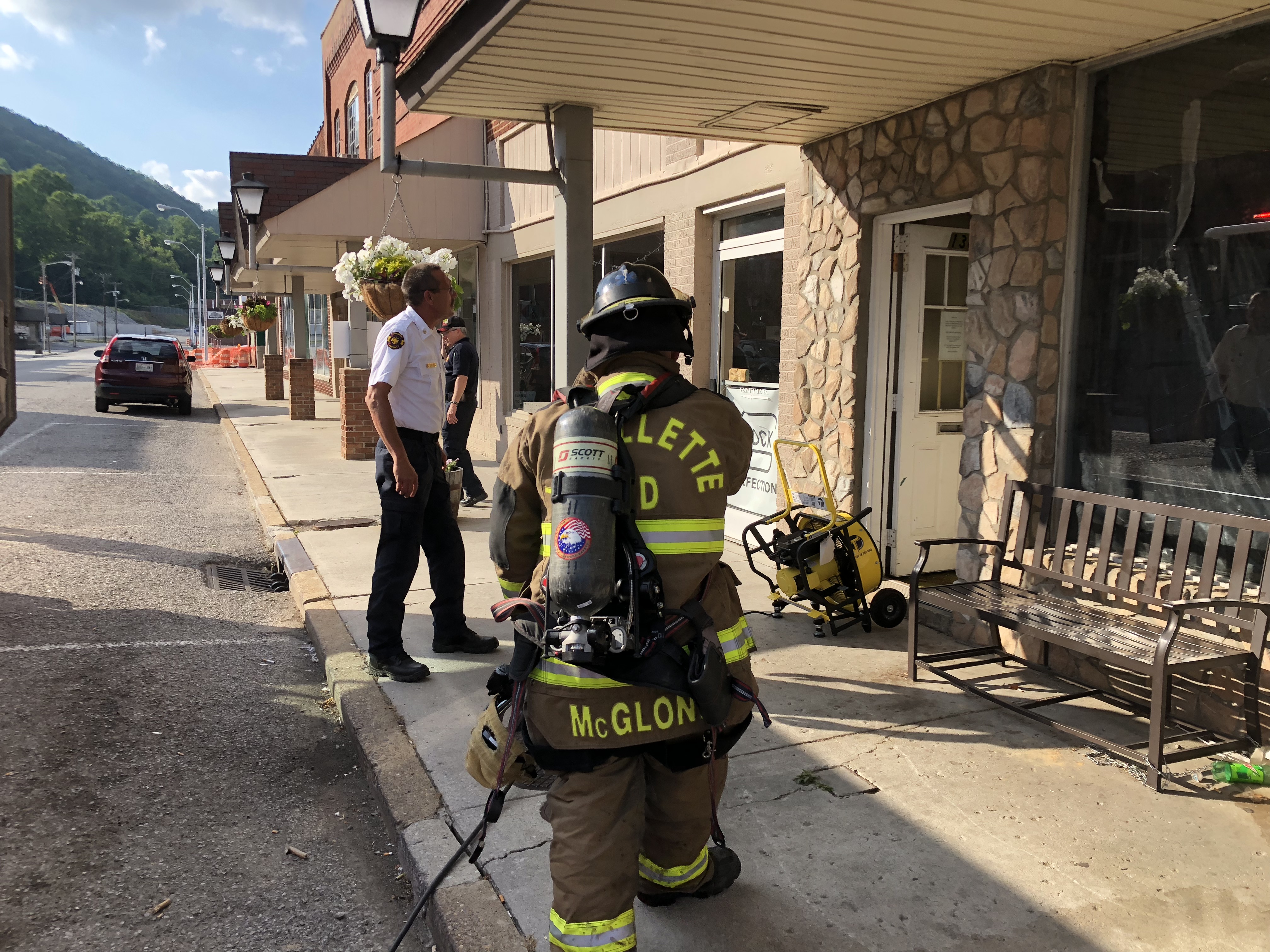 LFD Firefighter Shawn McGlone headed back upstairs to where the fire was as Pack (left) looks on.  LFD Lt. Johnny Seal is in the background.

Once Pack realized all was under control with the grease fire, he said, “I really appreciate the mayor and council having the confidence in me to make me the chief.  But a chief is only as good as his men, and we’re blessed with a great group of men.  I’m honored to be their chief.”

Pack becomes only the second chief in the history of the department to have started part-time, be promoted to full-time and then hold every position in the department en-route to the chief’s chair. The man Pack succeeds, Charles Eldridge, is the other chief to’ve climbed the ladder the same way.

Years ago as a blue shirt fireman, Pack decided if he was ever in a leadership position, he would lead by example.  The new chief said, “We’ve accomplished a lot over the years with that type leadership.”

For the 51-year old Pack, his years of dedication are approaching 30-years.  He said, “This is my life.”

There’s now a new chapter in Pack’s life; unanimous choice as the Chief of the La Follette Fire Department.  (WLAF NEWS PUBLISHED – 06/03/2020-6AM)