Flower beds on the north side of Central Avenue are taking shape.  On Monday, shrubs and trees were planted.
LAFOLLETTE, TN (WLAF) – On Friday, crews with Southern Constructors, Incorporated (SCI) poured the north side sidewalk of the Central Avenue Bridge as its refurbishment project marches toward completion. 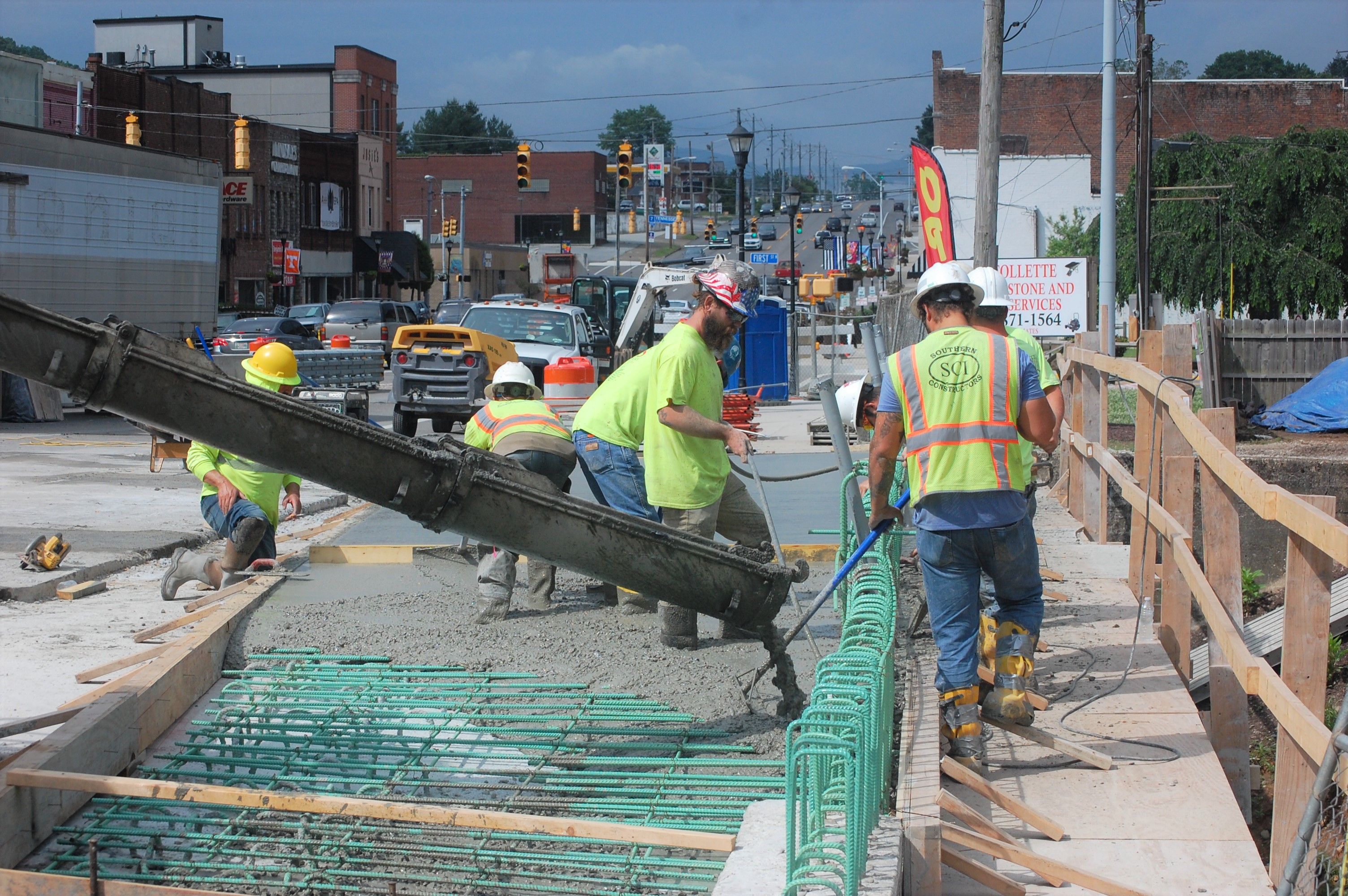 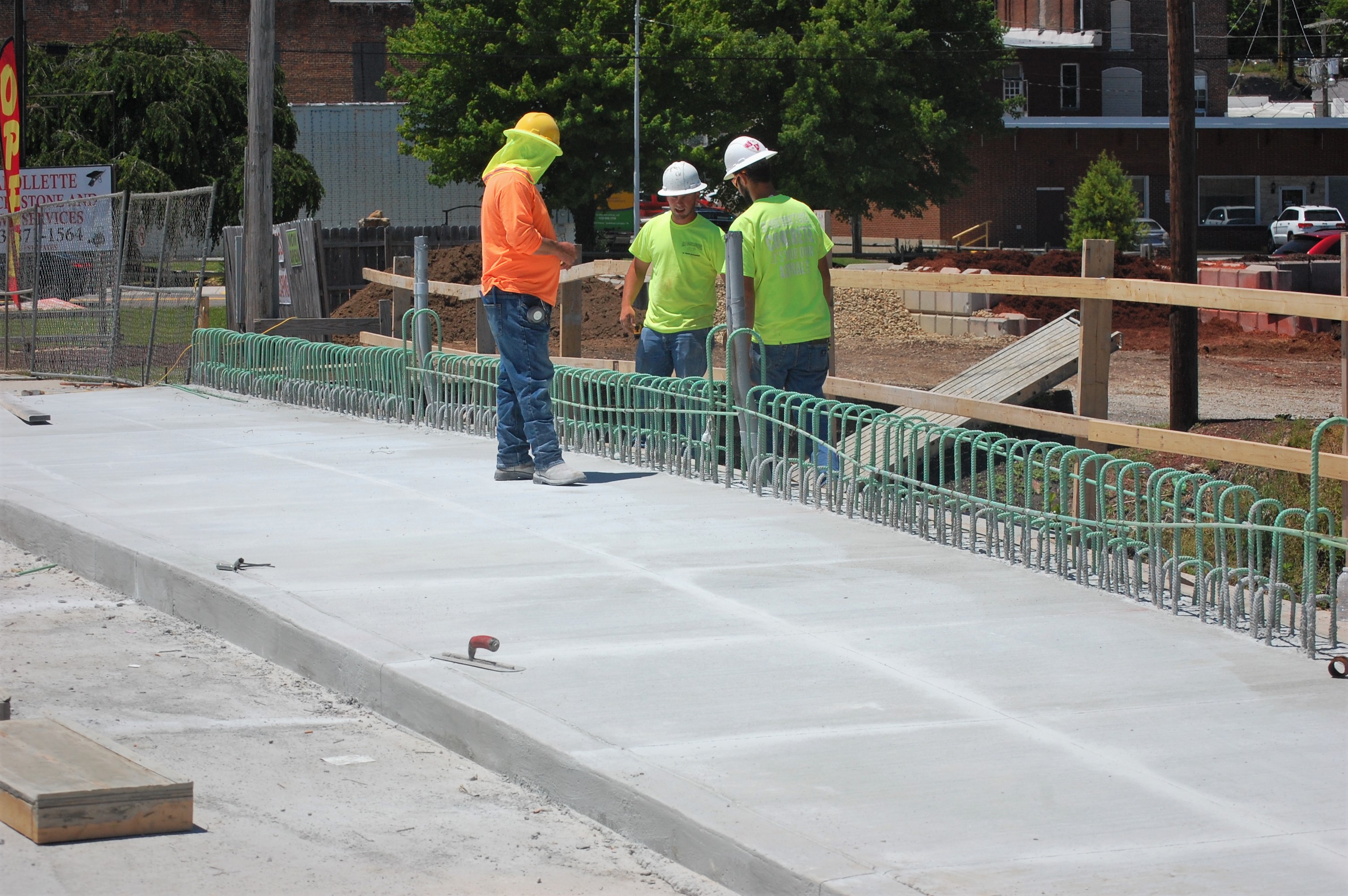 Charlie Bowling, who heads up the refurbishment project for SCI, said, “If all goes well, we’ll pour the sidewall on Friday (in photo below).  After that, we’ll start on the bridge travel lanes Monday while pulling the forms off the sidewall.” 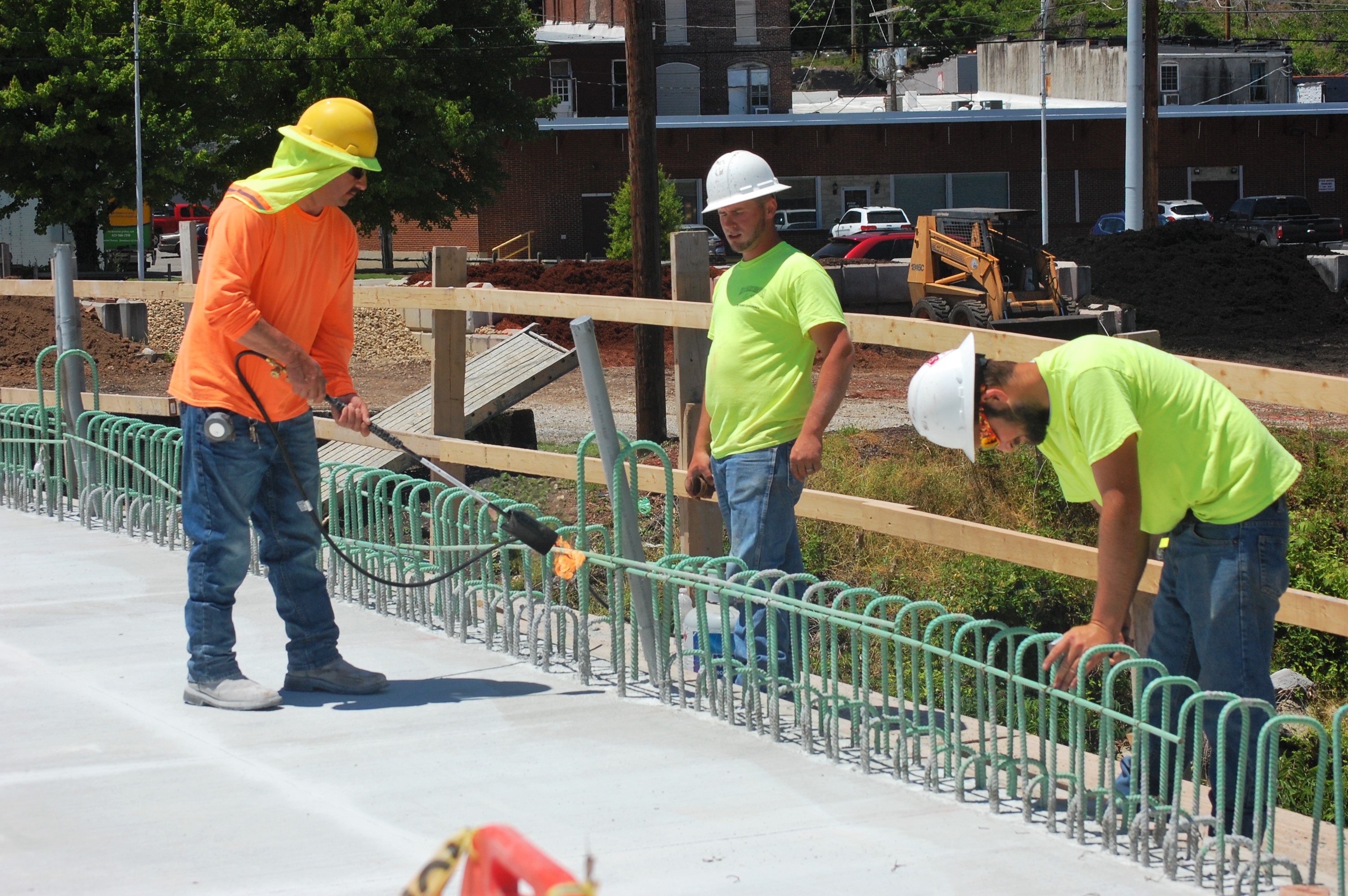 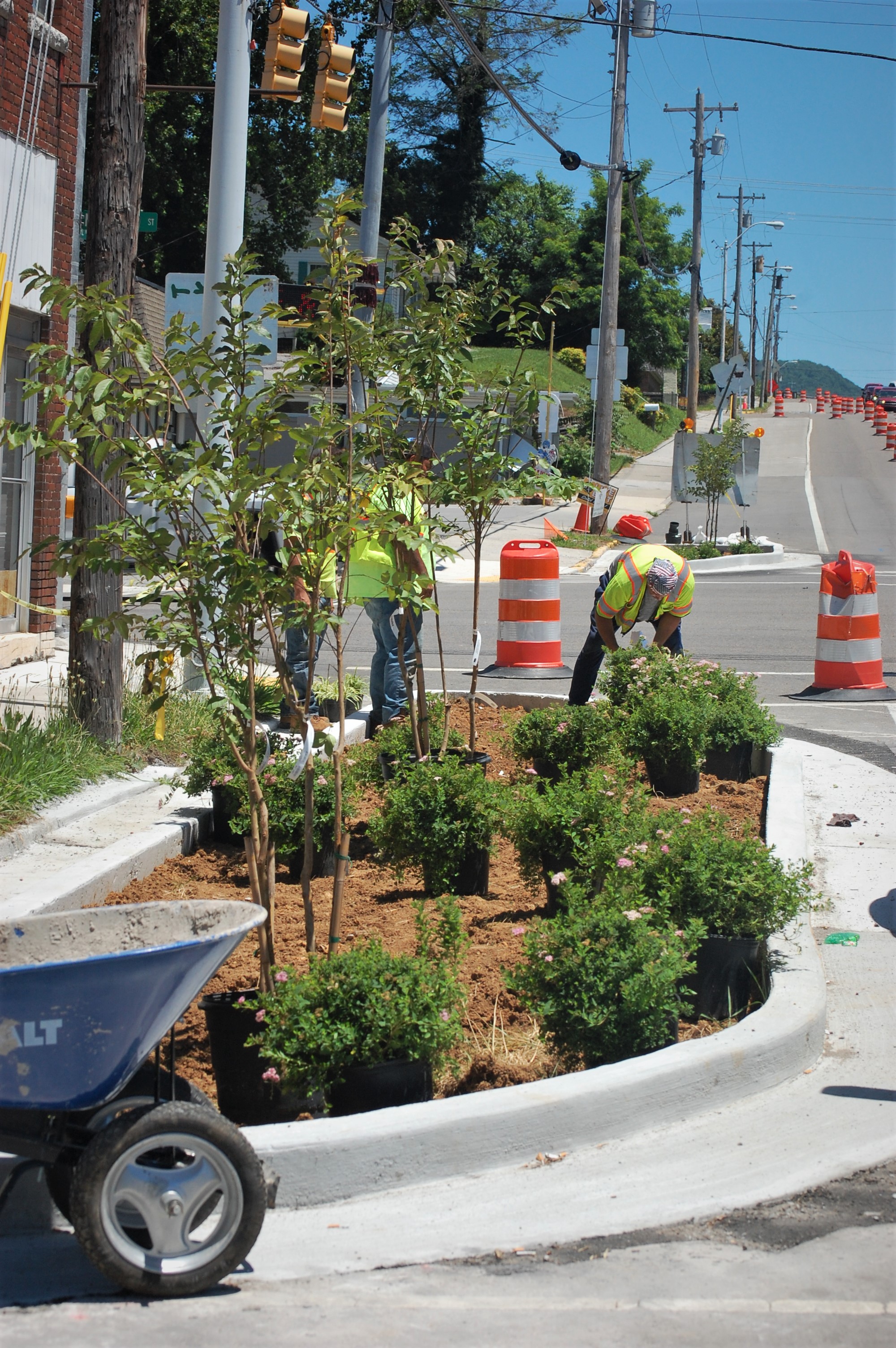 As crews near completion of this flower bed at the corner of Central and Indiana (above), the traffic pattern was again shifted for eastbound travelers through La Follette. 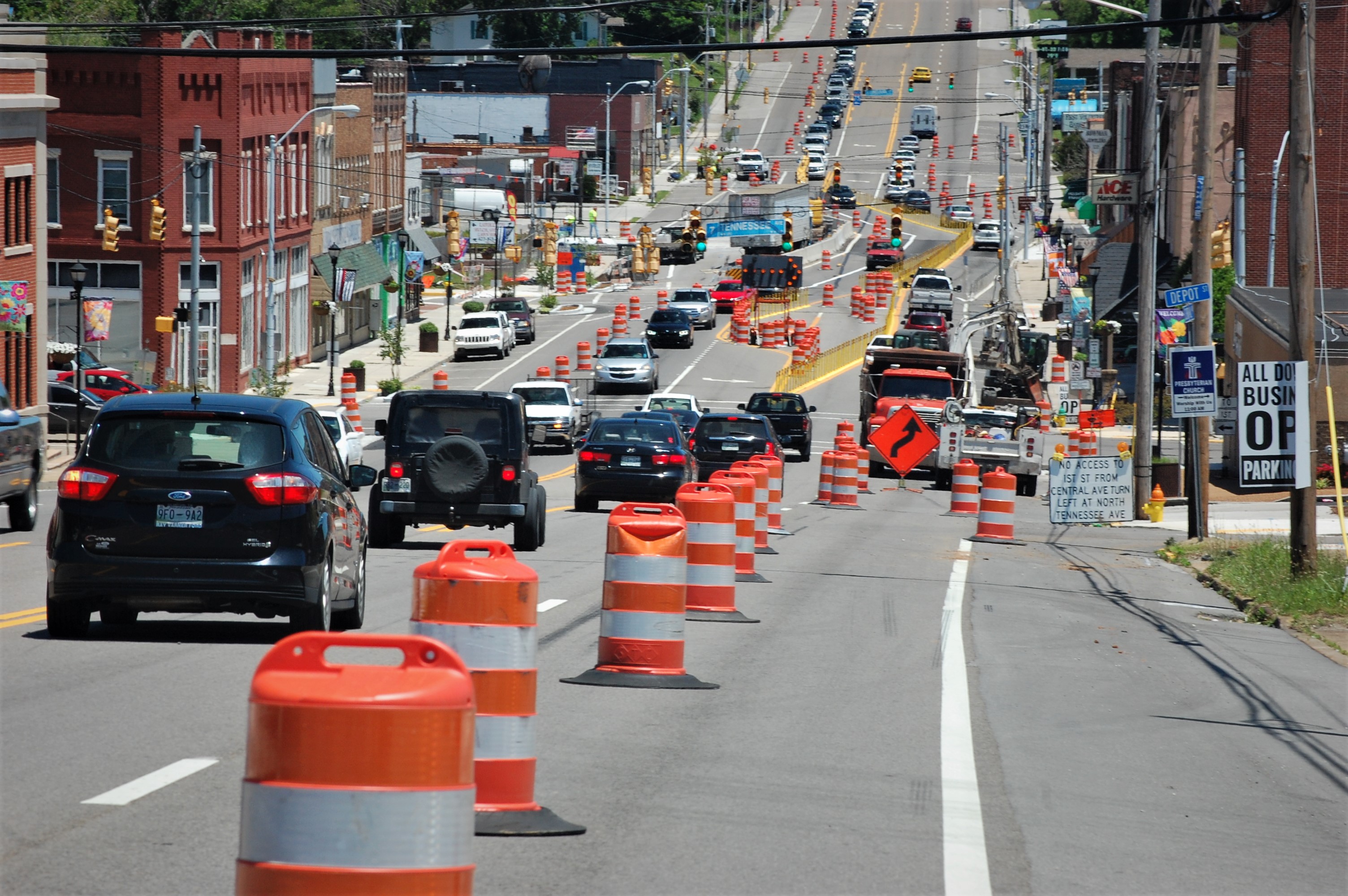 The shift of traffic on the south side of Central Avenue switches for a second time during the bridge-n-bed project. 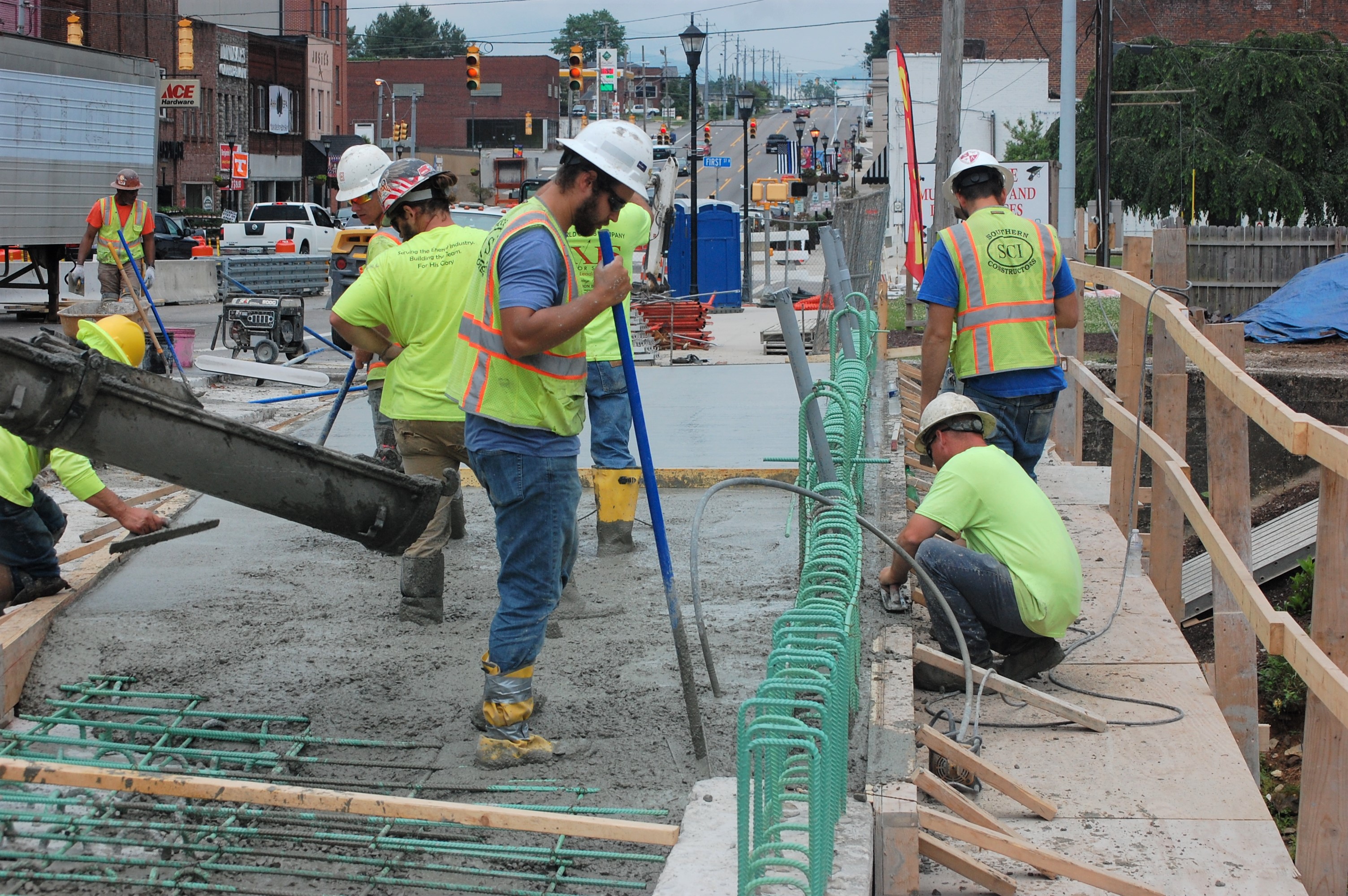 Friday was the day the other sidewalk on the bridge was poured.
Bowling hopes to have the bridge open to traffic toward the end of June. (WLAF NEWS PUBLISHED – 06/02/2020-6AM-PHOTOS COURTESY OF WLAF’S CHARLIE HUTSON)