Several youth accused of stealing from the Red Roof Market were picked up by La Follette Police just before 6 pm at the corner of East Central and Indiana Avenues. 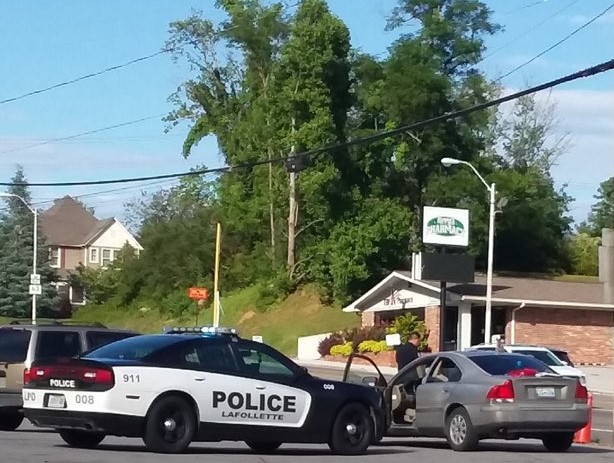 La Follette Police corner suspects at the corner of Central and Indiana on Thursday afternoon.

Sergeant Noah Riggs, along with Officers Steven Carroll and Shane Tillman, arrived on the scene before the car could leave the property.  Detained were 18-year old Cynthia Pennington of South 4th Street in La Follette and three juveniles.

Police detail that the initial call to E-911 was for shoplifting.  However, Pennington is charged with aggravated assault after trying to run over a store employee in an attempt to elude officers.  In the car, investigators found marijuana butter along with a gun with the serial number ground off. 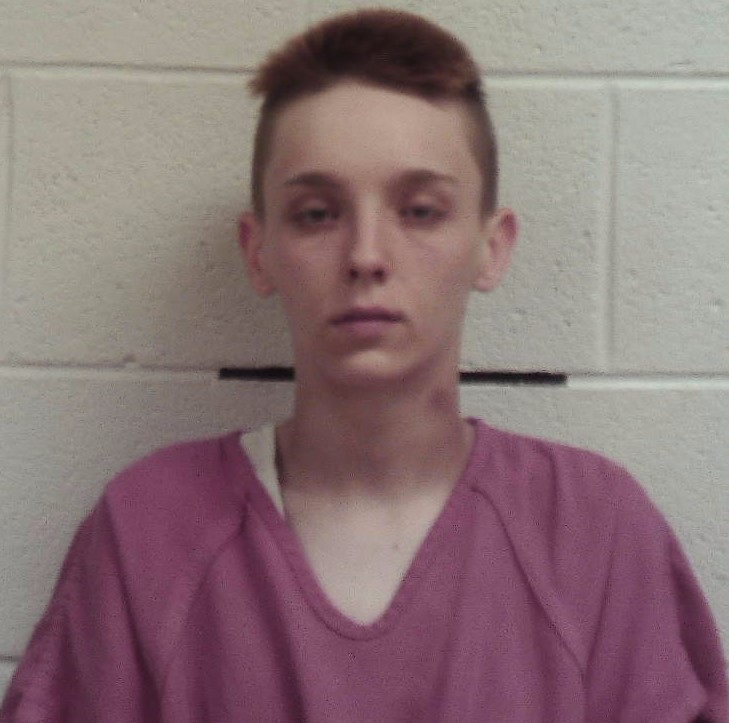 Cynthia Marie Pennington was arrested at the Red Roof Market and is facing multiple charges.

The three juveniles were transported to the juvenile detention center at Scott County.  Pennington faces charges of aggravated assault, possessing a firearm in the commission of a felony and serial numbers altering on a weapon.  According to jail records, this is the first arrest for Pennington.  (WLAF NEWS PUBLISHED – 05/29/2020-PHOTOS COURTESY OF WLAF’S AARON HOPKINS AND THE CCSO)