LAFOLLETTE, TN (WLAF) – Citizen complaints sparked a months long investigation by the Campbell County Sheriff’s Department leading to the execution of a narcotics search warrant on Tuesday.In a release from the sheriff’s department, the warrant was carried out at the home of Randy Douglas Lowe on Pleasant Ridge.  The investigation revealed the sale of schedule II controlled substances from the 410 Pleasant Drive home which is just outside La Follette.

Investigators  seized currency and other items from 61-year- old Lowe.  Additionally, multiple firearms, including a stolen firearm, vehicles and a Harley Davidson motorcycle were seized in the execution of the warrant. 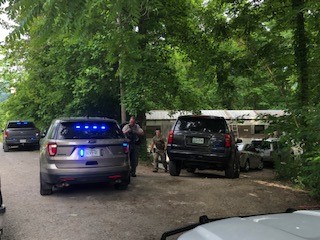 “This search warrant is an example of something we see on a daily basis; how drugs lead addicts into additional crimes. Mr. Lowe was in possession of a stolen firearm. Once a drug user gets addicted, they will do anything for their next fix. They steal and trade for drugs. This is why our department is and will continue to be tough on people who come into our community with the intent to sell drugs-from marijuana to meth to heroin,” Sheriff Robbie K. Goins said.

Based on the evidence collected and the previous buys of narcotics made from Lowe’s home, investigators expect that arrests are likely, Goins said.

According to jail records, Lowe has been arrested 13 times.  Many of his previous charges involve theft charges.  (WLAF NEWS PUBLISHED – 05/27/2020-6AM-PHOTOS COURTESY OF THE CCSD)