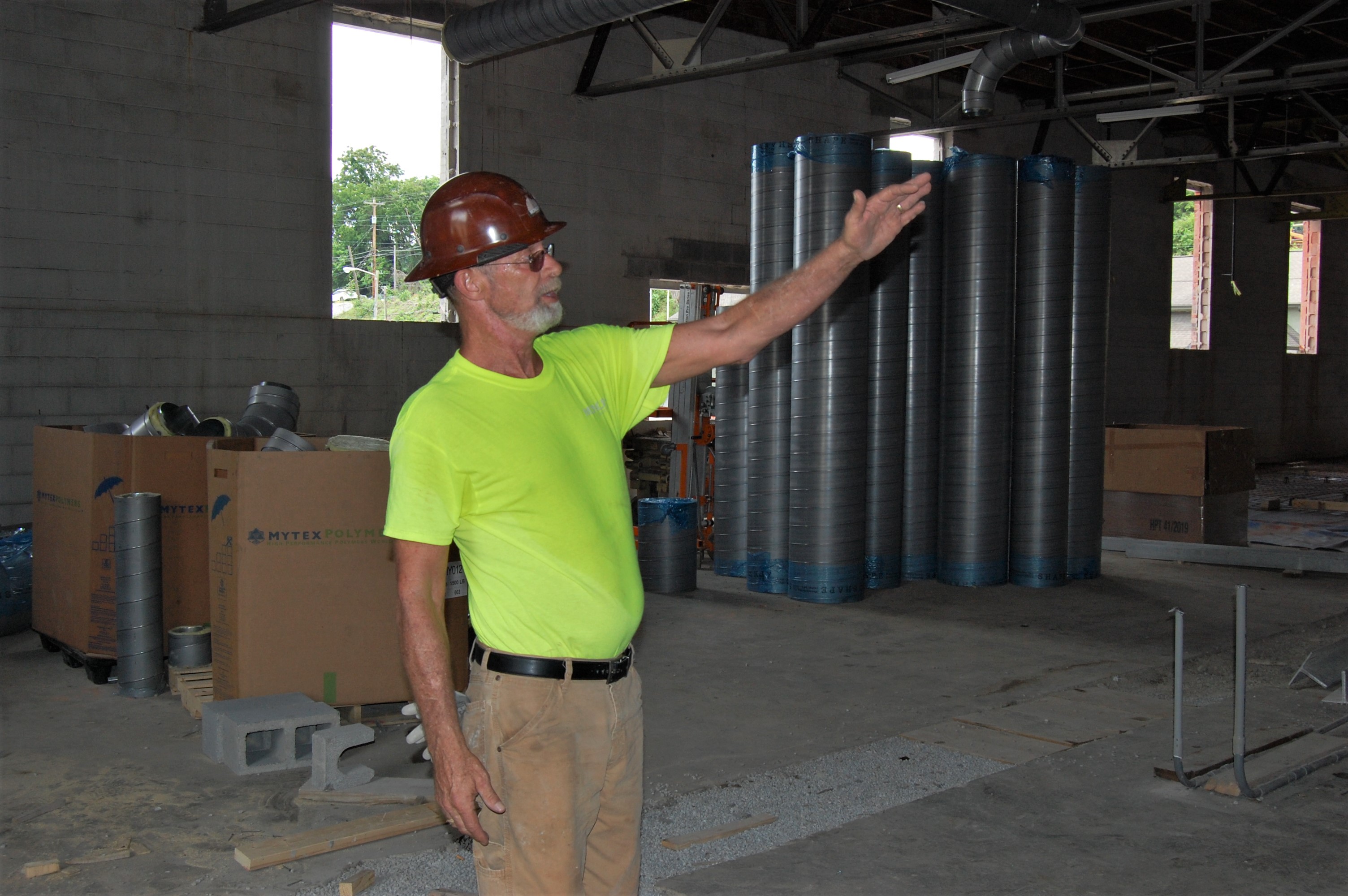 Ray Sisson, the job supervisor for Monolith of Knoxville, points in the direction of where two  brick archways will be constructed.  He said, “They’ll be brick lined like a tunnel.”

LAFOLLETTE, TN (WLAF) – To this day, Jason Prim carries three memories of his Papaw P.J. Prim’s Bakery with him.  He calls them “clips in his mind” of the once vibrant bakery that sat on North Tennessee Avenue near Aspen Street.

The La Follette Utilities Board (LUB) recently purchased the former bakery and the Minton Sharp building next to it to ease its growing pains.  “LUB plans to use the Sharp structure and will build close to a 10,000 square foot building on the spot where Prim’s Bakery was.  The Sharp building is nearly 6,000 square feet and by early 2021 will house LUB’s main offices,” said Ray Sisson, the job supervisor for Monolith of Knoxville. 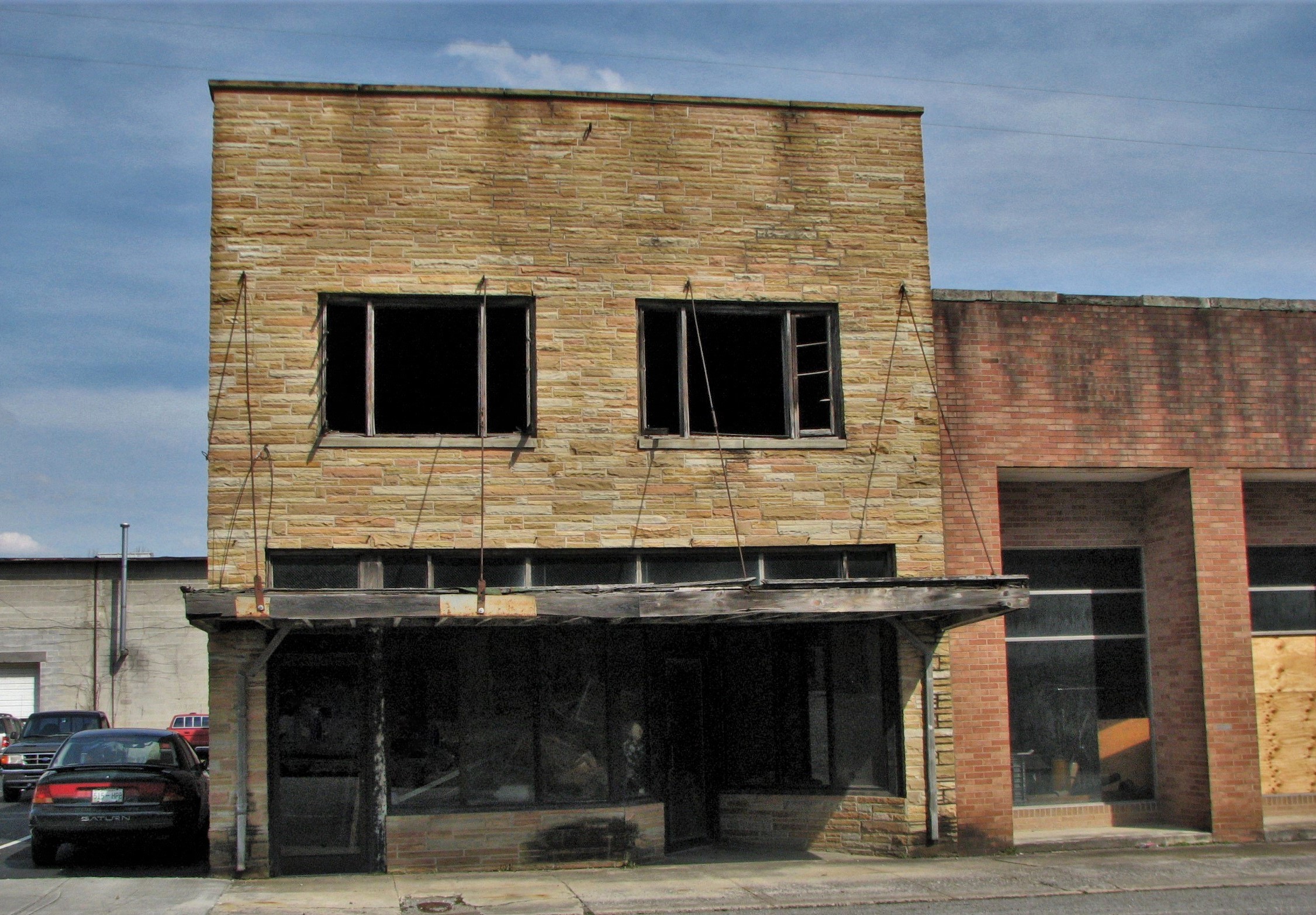 LUB plans to maintain the look of the bakery by using the bakery front stone that Papaw P.J. cut by hand.  This look at the stone was snapped on March 3, 2007, by WLAF’s Charlie Hutson compared to the photo he snapped Tuesday evening, May 26, 2020, in a before and after comparison. 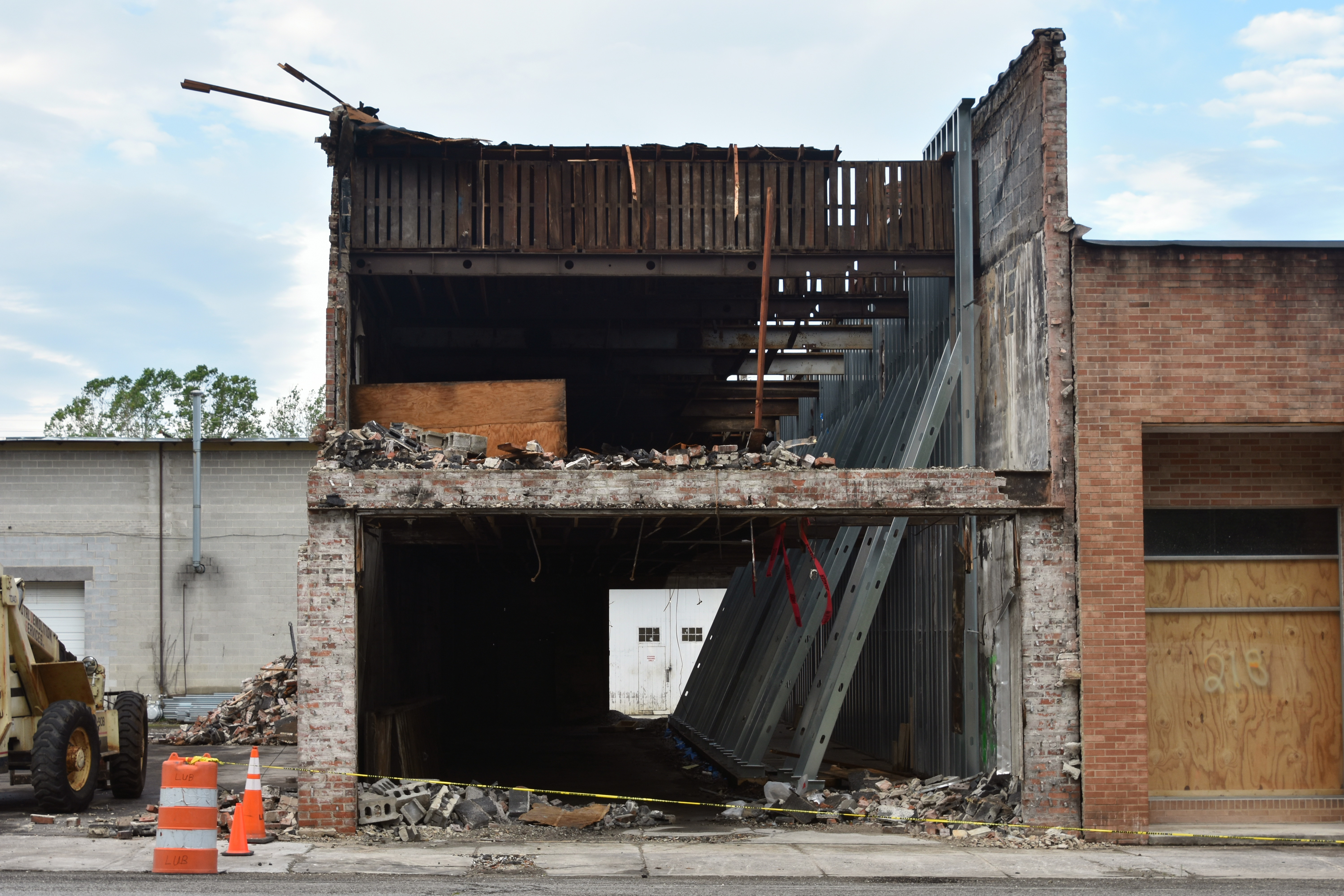 The utility plans a foot print floor plan according to Prim.  “Papaw even hauled in the rock to level the parking lot,” he added.  “I’m glad we were able to use these legacy buildings and also consider it a downtown revitalization project,” said Kenny Baird LUB General Manager. 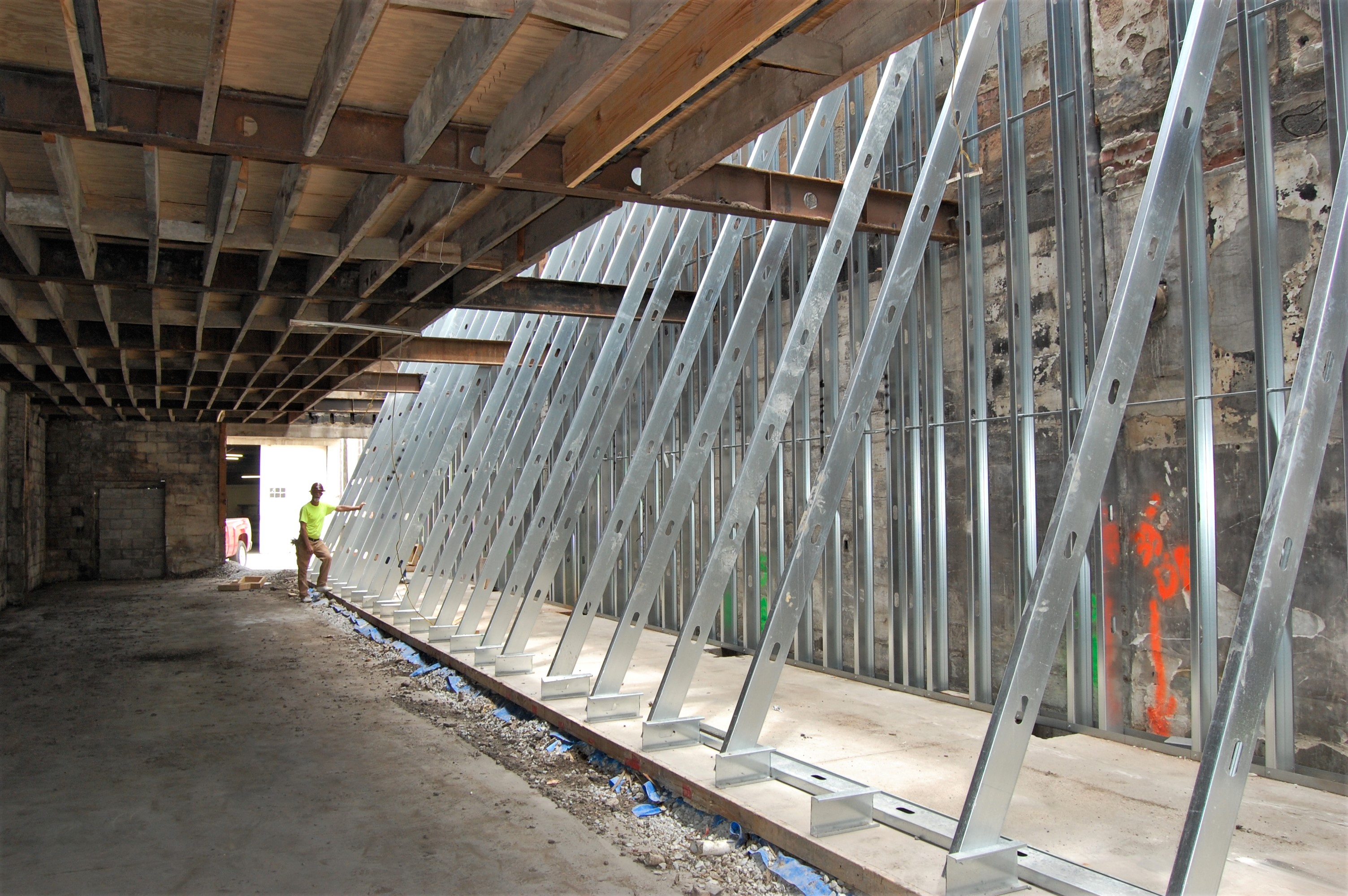 Sisson said, “We started on December 16, 2019, and it’s been one surprise after another.  We have 243 days left out of 315 days for this project.  I’m thinking we’ll be finished by January at the latest.” All above and to the right will be razed.  The supports were installed for the north side wall of the Sharp building. Baird said, “It’ll be used for engineering, accounting, administration and IT (above).  We’ve needed the space for years, but it may be early 2021 before we get in there though.” 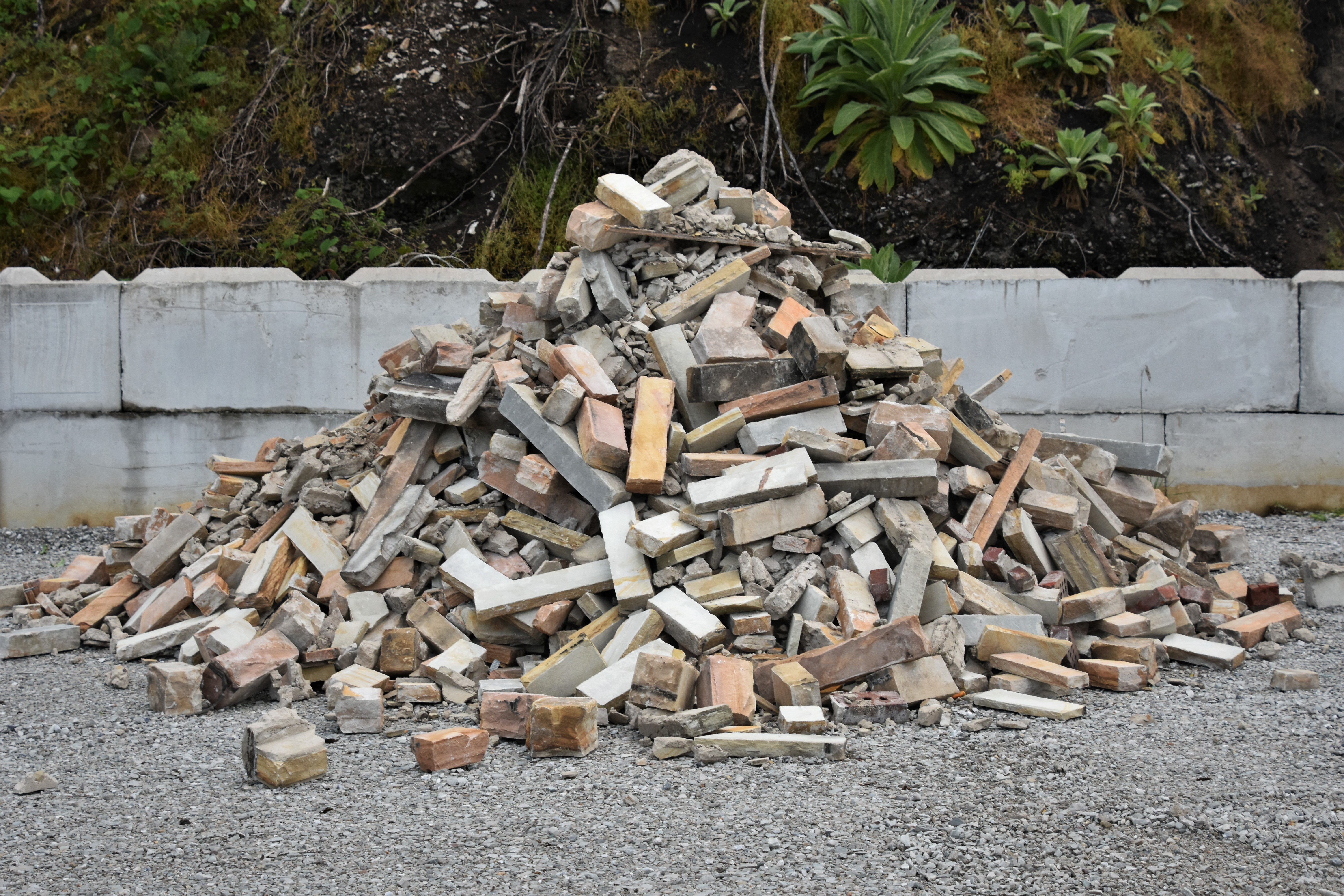 Here is the stone, with some brick, that Papaw Prim cut by hand more than 70-years ago.  It will be laid on the front of the new LUB building here in a few months. For Hutson, this sign brings back an “on the way to school” memory of when he and his pals would walk over to Prim’s Bakery for breakfast as they headed to school each morning.

The bakery, Prim believes, was built in the late 1940s, and suffered significant damage when it caught fire in May 1972.  “I remember the night the bakery caught fire.  I went with mom and dad to check on mamaw, Dorothy, and papaw.  They lived upstairs and baked downstairs.  Papaw and mamaw would sell goods from the bakery, and Woodson’s and Shelby’s grocery stores would also sell Prim’s products.  My dad, Jerry, would help papaw before he left for school and would smell like donuts in class,” said Jason Prim. (WLAF NEWS PUBLISHED – 05/27/2020-6AM-PHOTOS COURTESY OF WLAF’S CHARLIE HUTSON)