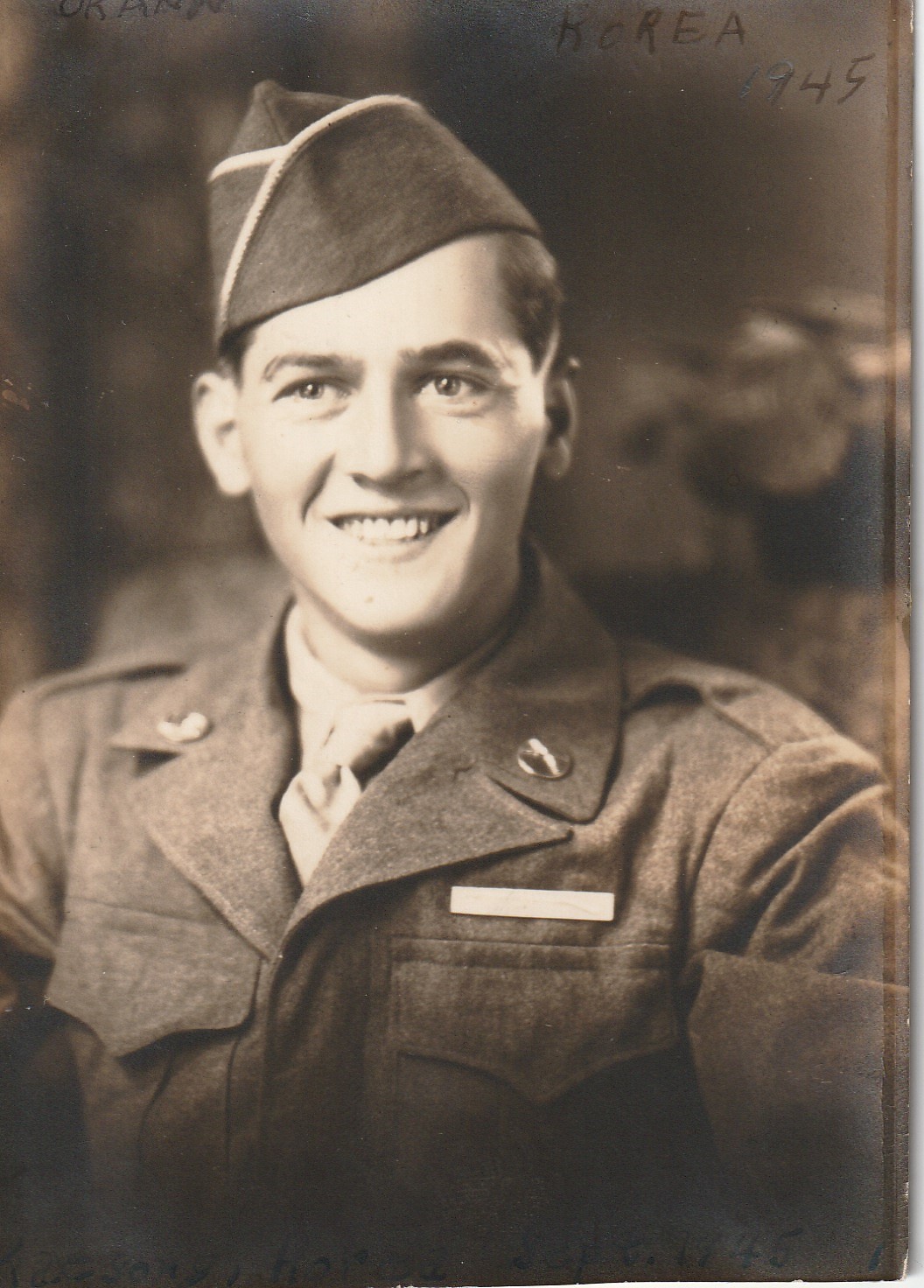 The six Paul brothers from La Follette all served during World War II; Fred, Roy, Herbie, Buddy, Edwin and J.C.  Some of the brothers saw each other along the time they were all in the war, but J.C. said he didn’t run across any of his brothers.  All made it back home alive except for Fred.  J.C. (John Curtis) is the remaining Paul brother these days. 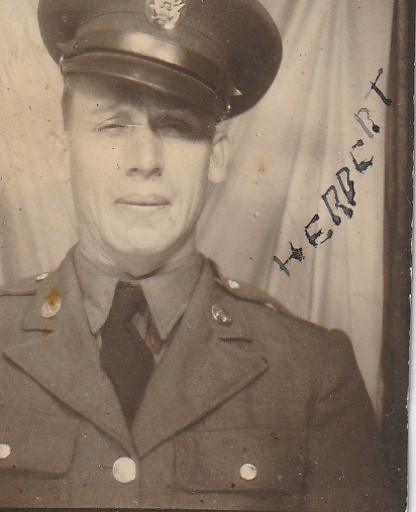 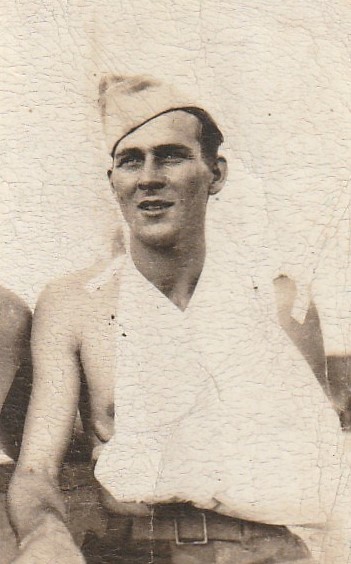 Roy Paul was injured in Alaska.

J.C. was drafted out of La Follette High School even though he had two more years to go to graduate.  “I was a little bit scared in my first days of training,” J.C. said.  Basic training was at Ft. Blanding, southwest of Jacksonville, Florida. 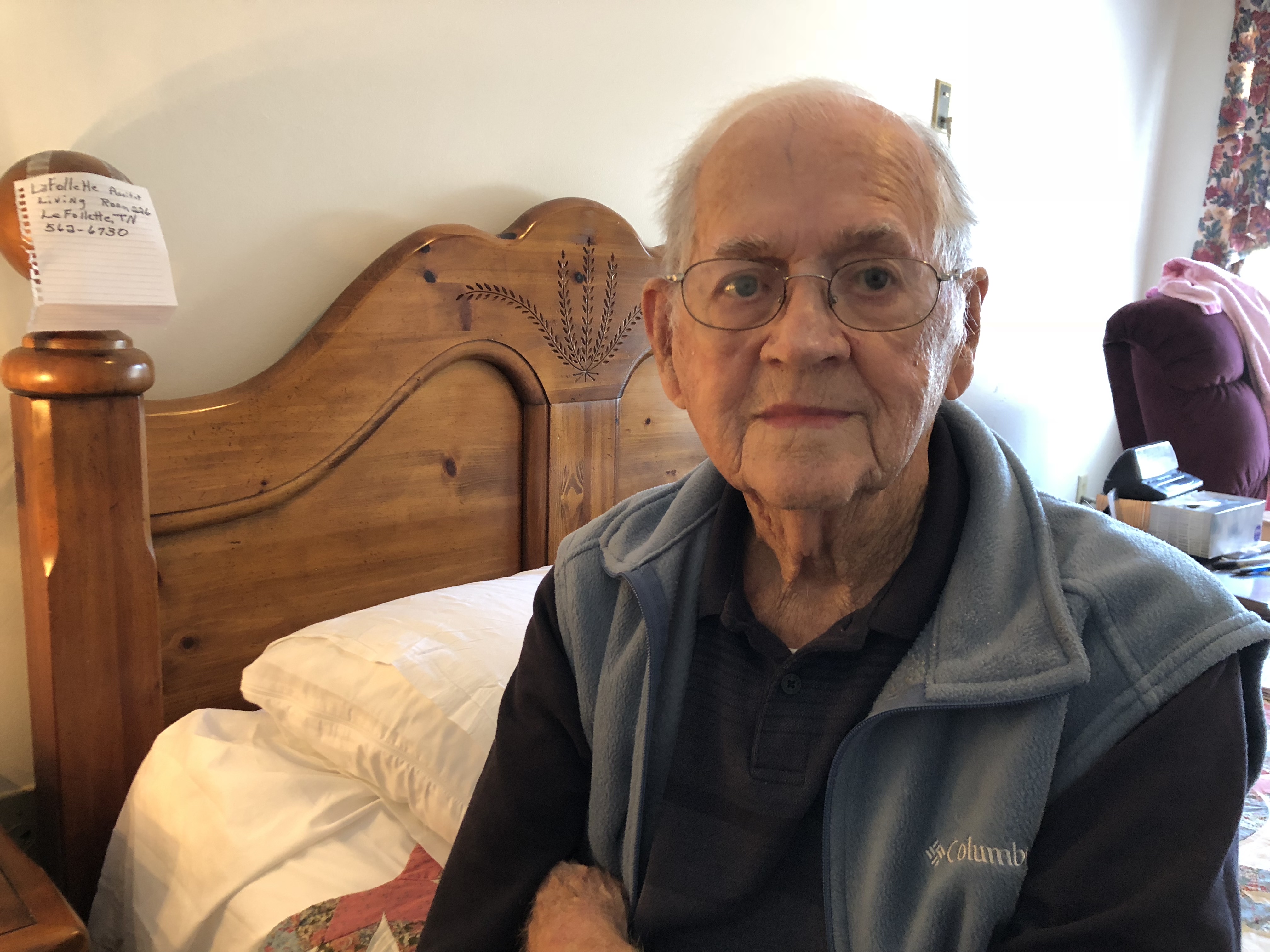 We caught up with J.C. last Saturday.  He put lunch on hold to catch up and talk about his time of service.

There were wild hogs at one stop along Paul’s travels.  His mother had sent him a care package, and when he returned from a long training session, he found the package all torn open with most of the items gone.  His fellow soldiers had tried to make it look like a wild hog had ripped the package open.

J.C. was on Okinawa when the US dropped the atomic bomb on Japan.  In fact, he celebrated his 20th birthday on the Japanese island.  When the war ended, he was shipped out to South Korea to occupy and return Japanese back to Japan. 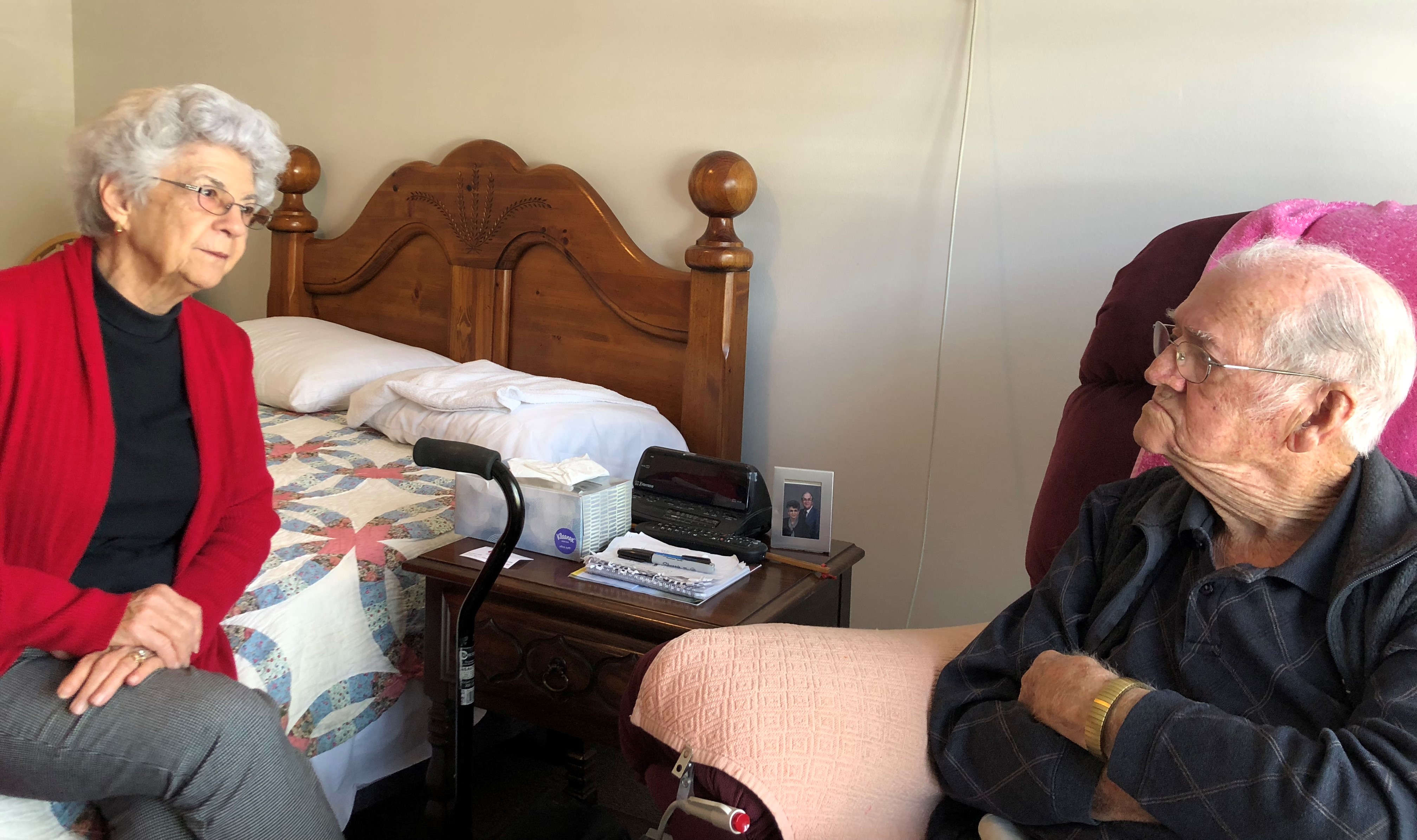 Margie, J.C.’s sweetheart of almost 70-years, talks as J.C. strains to hear her in our second visit on Tuesday.  The couple married on January 20, 1951, and honeymooned at the Russell Hotel in La Follette.

After the war, he came back home and finished high school, completed one-year of business college and married the love of his life, Margie Bowman.  He first worked at K-25 at Oak Ridge and then spent 28-years with the postal service.

As a youngster growing up in East La Follette, J.C. lived near the Country Club.  That’s where he made his money as a caddy and by selling water to thirsty golfers. “I met them on two tees, and they’d pay me a nickle or a dime and sometimes a quarter,” said J.C.  It’s also where he fell in love with the game of golf which he played weekly up until last year.  There were two memorable holes in one along the way; at Beaverbrook Country Club and at Middlesboro.  The hole in one at Middlesboro came on J.C.’s birthday.

18 Replies to “There are heroes among us: J.C. Paul of the US Army”