TOP PHOTO:  Since 1999, Ray Caldwell has been a fixture on Sunday mornings in Downtown La Follette selling newspapers.

LAFOLLETTE, TN (WLAF) – It’s pouring the rain.  There’s Ray.  Who could stand this kind of cold?  Ray!  It’s already past 90-degrees.  No, sweat for Ray.  For 75- year old Ray Caldwell, it’s just another Sunday of selling the Knoxville News Sentinel no matter what the weather.

“Oh, I have customers who’ve stopped for a newspaper every Sunday since I started more than 21-years ago,” said the hard working Caldwell.  He even still works his day job at IGA.  “I’m part time now.  I’m not up to those regular 60-hour weeks like when I worked for Woodson’s Super Market,” said the East Central Avenue Sunday fixture.  Caldwell is closing in on 50-years working at the Woodson/IGA supermarket.  He started there in 1972. 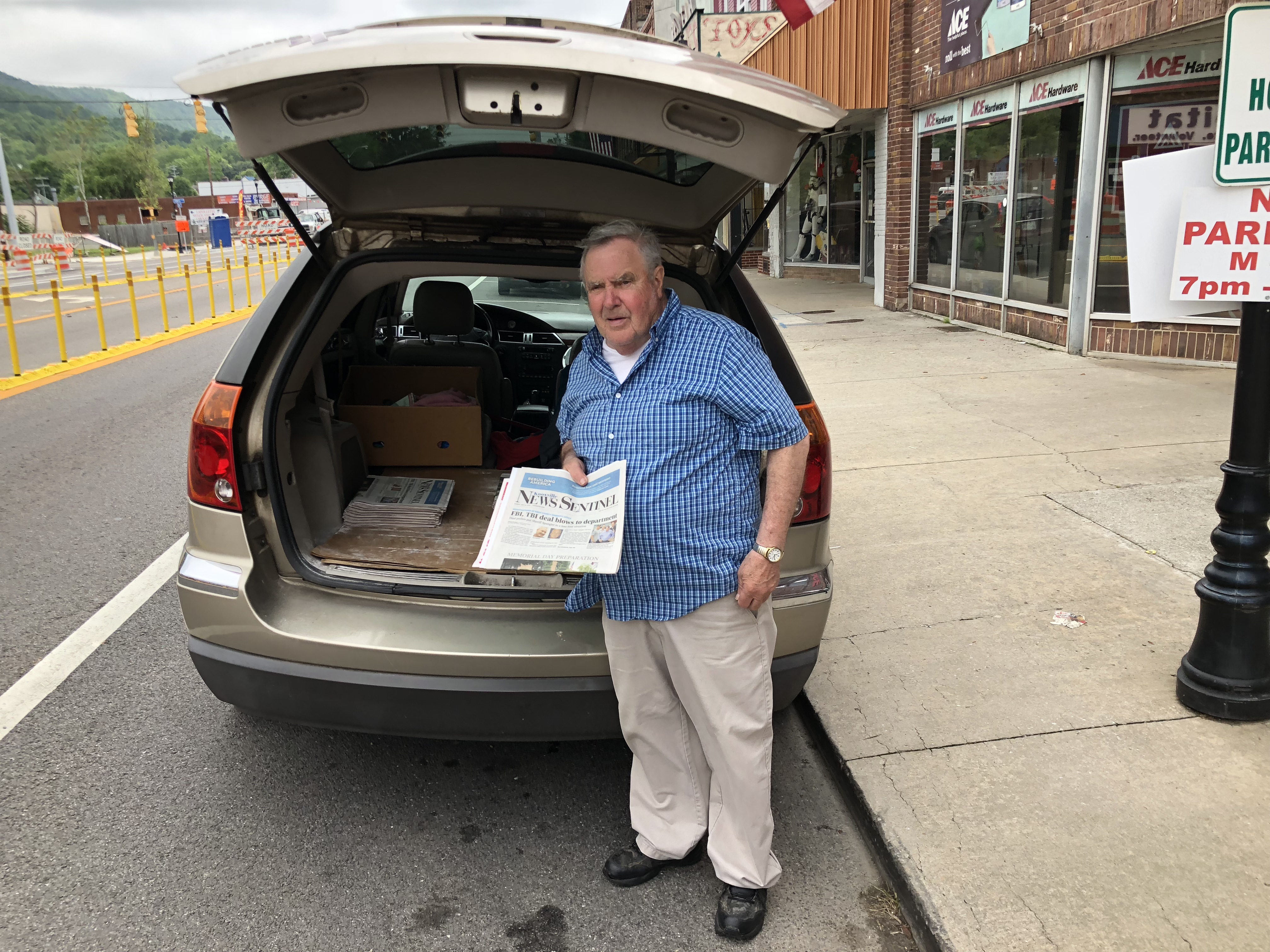 Ray Caldwell said the price of the Sunday paper increased from two dollars to three dollars this year.

Ray’s still dealing with a couple of big challenges; the construction traffic pattern and COVID-19.  The closing of churches has cut sales in half after the road work diverted sales south.  “It’s good seeing some familiar faces again since many of the churches have started opening back up,” said Caldwell.

Caldwell is at his Downtown La Follette post every Sunday morning by 6:45 am.  Prior to COVID-19, he’d been there until 1 pm, but has been cutting out a little earlier around 12:30 pm of late.

In addition to his grocery store gig, he used to deliver newspapers daily starting at 1 am.  That was over a 12-year span with three of those years part time.  He delivered 800 newspapers a day to stores from Caryville to Food Lion.

His biggest sales day was the post national championship edition of the Sentinel when Tennessee won the national football crown in January 1999.  I sold way more than a hundred papers that Sunday and could’ve sold a lot more.

No matter what the weather, this next Sunday, Ray Caldwell will be out selling Sunday papers in Downtown La Follette.  (WLAF NEWS PUBLISHED – 05/24/2020-6AM)