TOP PHOTO:  This is the look from Cherry Street toward West Beech Street behind JR’s Tires. 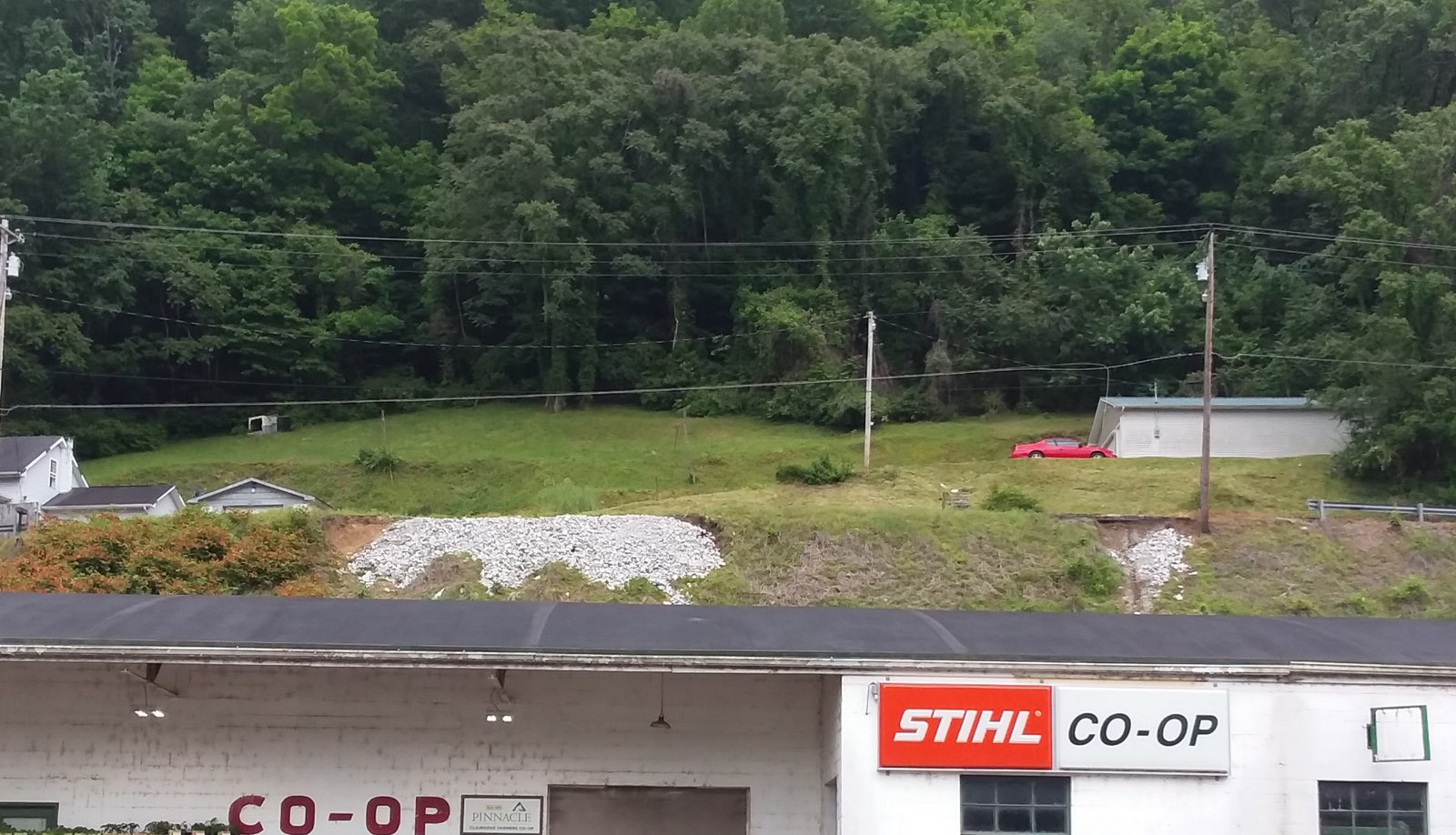 Here’s how it looks from West Beech Street up to Cherry Street behind the Co-op. 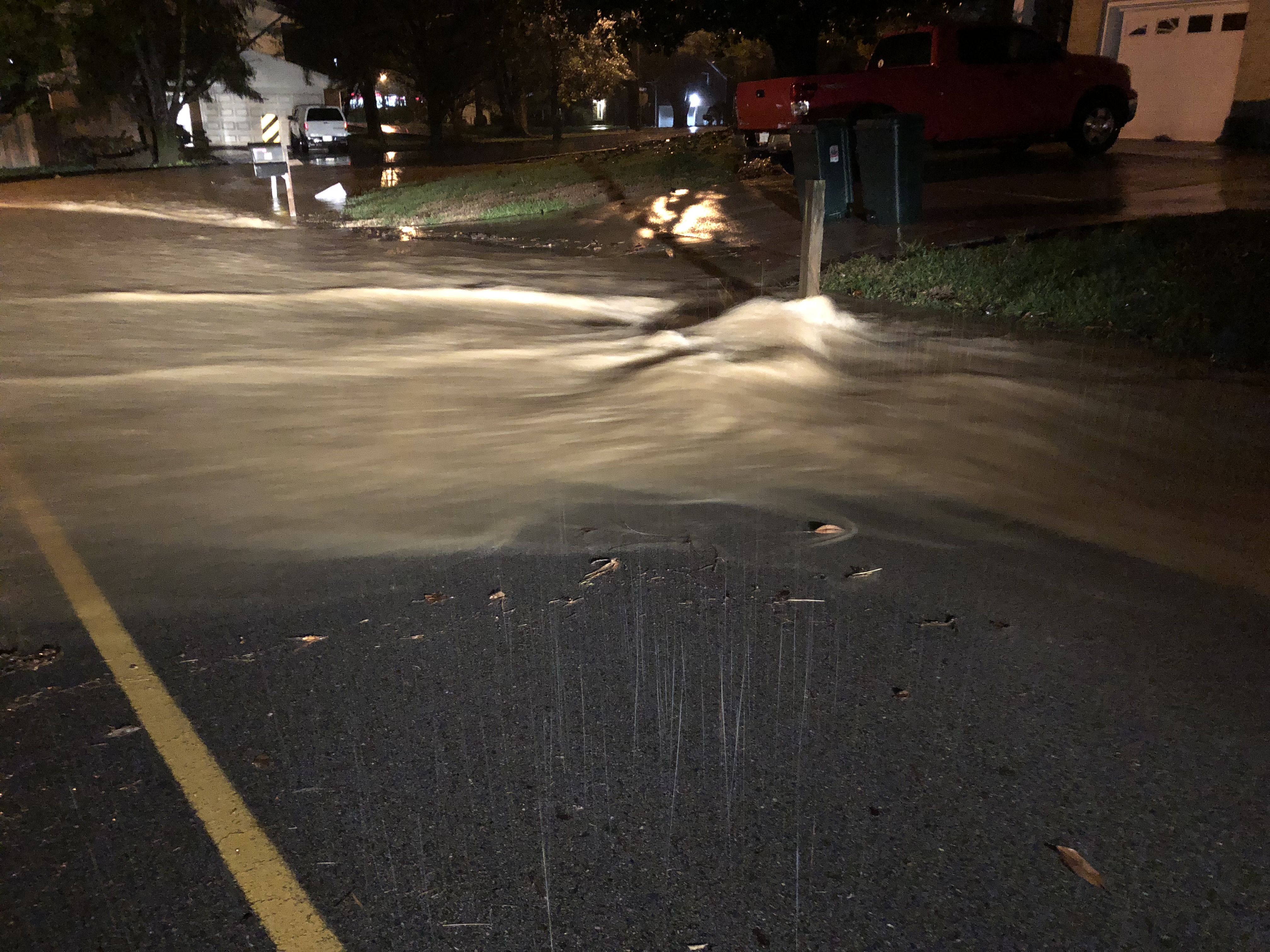 Drainage problems will also receive more attention thanks to the grant.  This is a look at Wheeler Lane during a heavy rain earlier this year.

City administrator Jimmy Jeffries announced that a $315,000 grant from the Department of Economic and Community Development was fully approved.  “It’s for drainage improvements and bank stabilization resulting from last spring’s flooding,” said Jeffries.  Areas like Cherry Street come to mind where several slide areas developed as a result of the flooding. 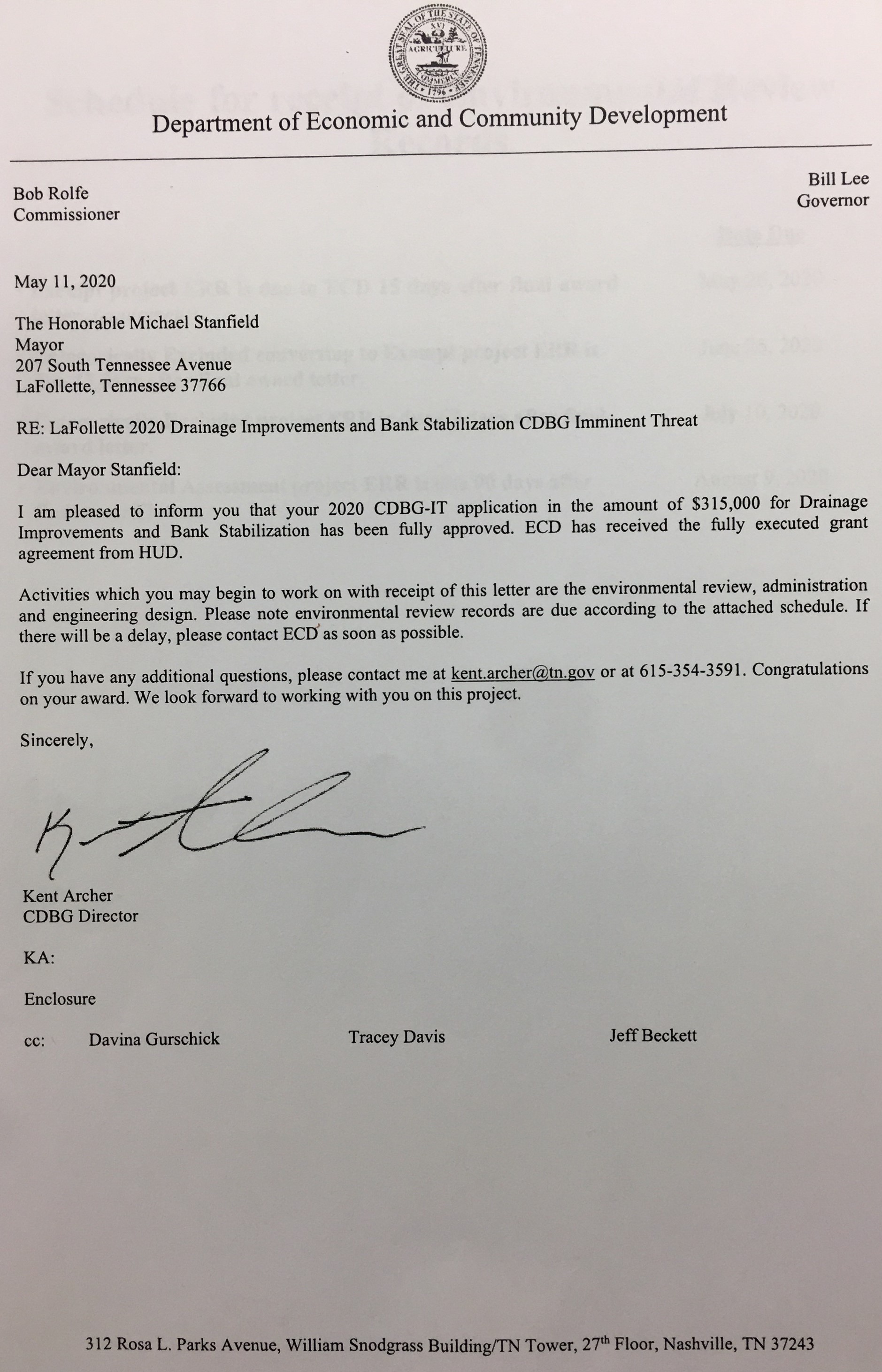