CARYVILLE, TN (WLAF) – A narcotics investigation led to the arrest of an alleged Campbell County meth dealer on Monday. 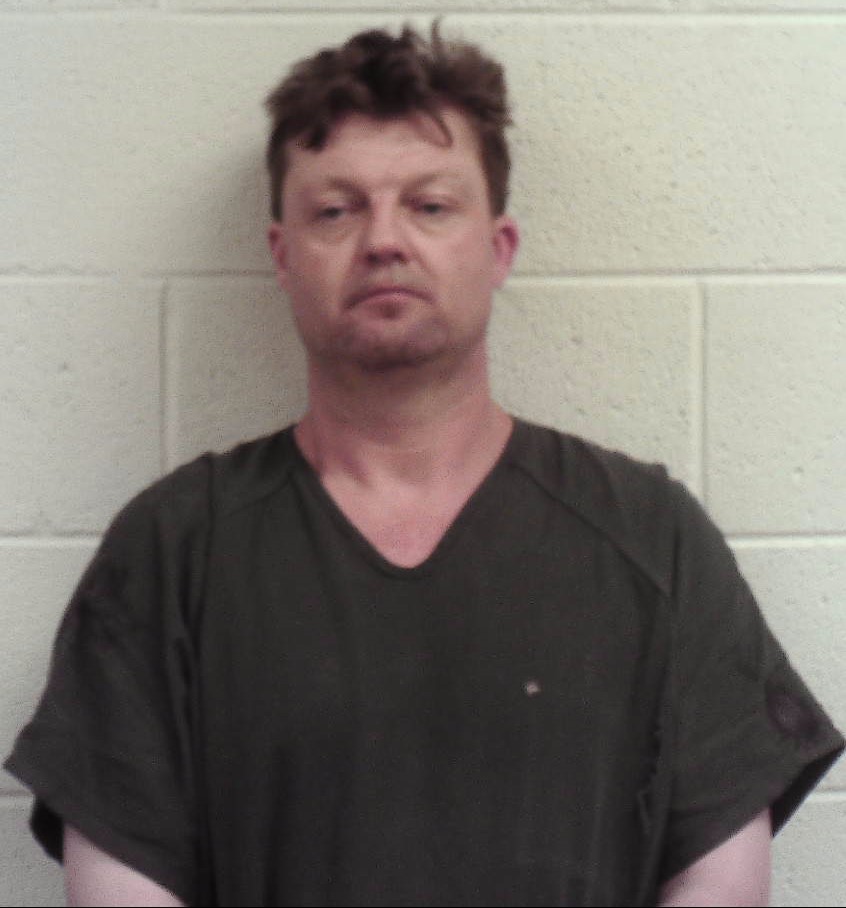 Caryville Police arrested Chad Robbins (above), 42, of Jacksboro, on multiple drug charges, and illegal possession of a handgun by a felon.

According to the arrest report, Caryville Sgt. Aaron Johnson was conducting a narcotics investigation when he came into contact with Robbins at the Budget Host Motel in Caryville. Johnson asked Robbins if he had anything illegal on him and Robbins said “no.” According to the report, “upon asking a female to exit the room” the officer saw a box of 40 caliber ammunition “setting on the bed.” Johnson asked Robbins about the ammunition and Robbins admitted he “knew he wasn’t supposed to have it,” but he had a firearm in the room and a ” small amount of meth in a red backpack.”

Robbins gave officers consent to search the room at which point a high point 40 caliber handgun with a loaded magazine, along with a box of ammunition were found in the chair on the side of the defendant’s bed.  Upon searching the red backpack, police found a tupperware container with 3.4 grams of a crystalline substance identified by Robbins as meth. Two individual .25 bags of meth marked for resale were also found. A cellophane baggy containing 14.3 grams of what the defendant told officers was meth that he “believed was cut with something else” was found in the backpack. A cellophane wrapper containing 1.4 grams of a brown substance believed to be heroin, along with a set of scales with a crystalline substance on them and several baggies for resale were also found in the red backpack. Also in the backpack was numerous packaged syringes and Robbins wallet containing $4,240 in cash, which was seized as evidence because Robbins stated some of it was from drug sales.

According to the report, Robbins told officers he “travels to surrounding areas and Georgia two or three times a week to resupply with methamphetamine to sell in Campbell County.”