TOP PHOTO:  Heart of La Follette downtown traffic was at a virtual stand still for quite a while on Saturday afternoon due to a two-car wreck. 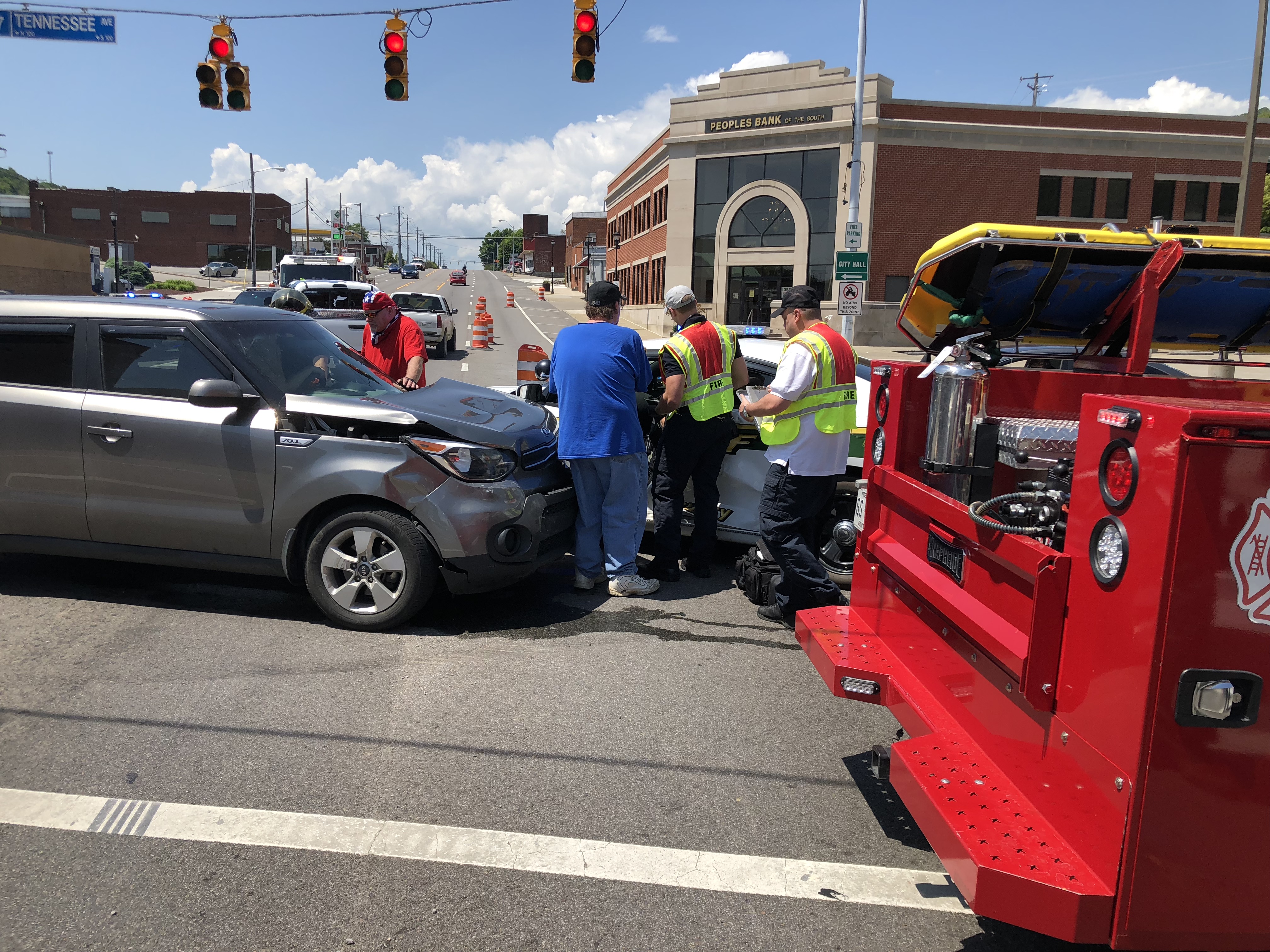 LAFOLLETTE, TN (WLAF) – Witnesses speaking to Tennessee Highway Patrol Trooper Jeffery Clowers gave conflicting accounts of which of the two cars involved had the green light during a Saturday afternoon collision according to the trooper’s preliminary report.  The accident  happened under the Central and Tennessee stop light in the lunch hour.

Clowers outlined that a 2018 Kia Soul, driven by 58-year old Deborah Lorraine Gibson of Speedwell, was traveling north on Hwy 25W (Central Avenue).  At the same time, 12:15 pm, Campbell County Sheriff’s Deputy James Aaron McCall, age 46 of Jacksboro, was heading north on Tennessee Avenue on duty in non-emergency status.  The deputy was behind the wheel of a 2016 Dodge Charger sheriff’s cruiser.

The report states that Gibson’s Kia struck the CCSO cruiser in the intersection of Central and Tennessee.  Both cars came to an uncontrolled rest under the traffic light.

Trooper Clowers notes in his report that it is unknown which vehicle had the green light and witness statements are conflicting.  He adds that his preliminary report may have information that will be amended due to an on-going investigation. 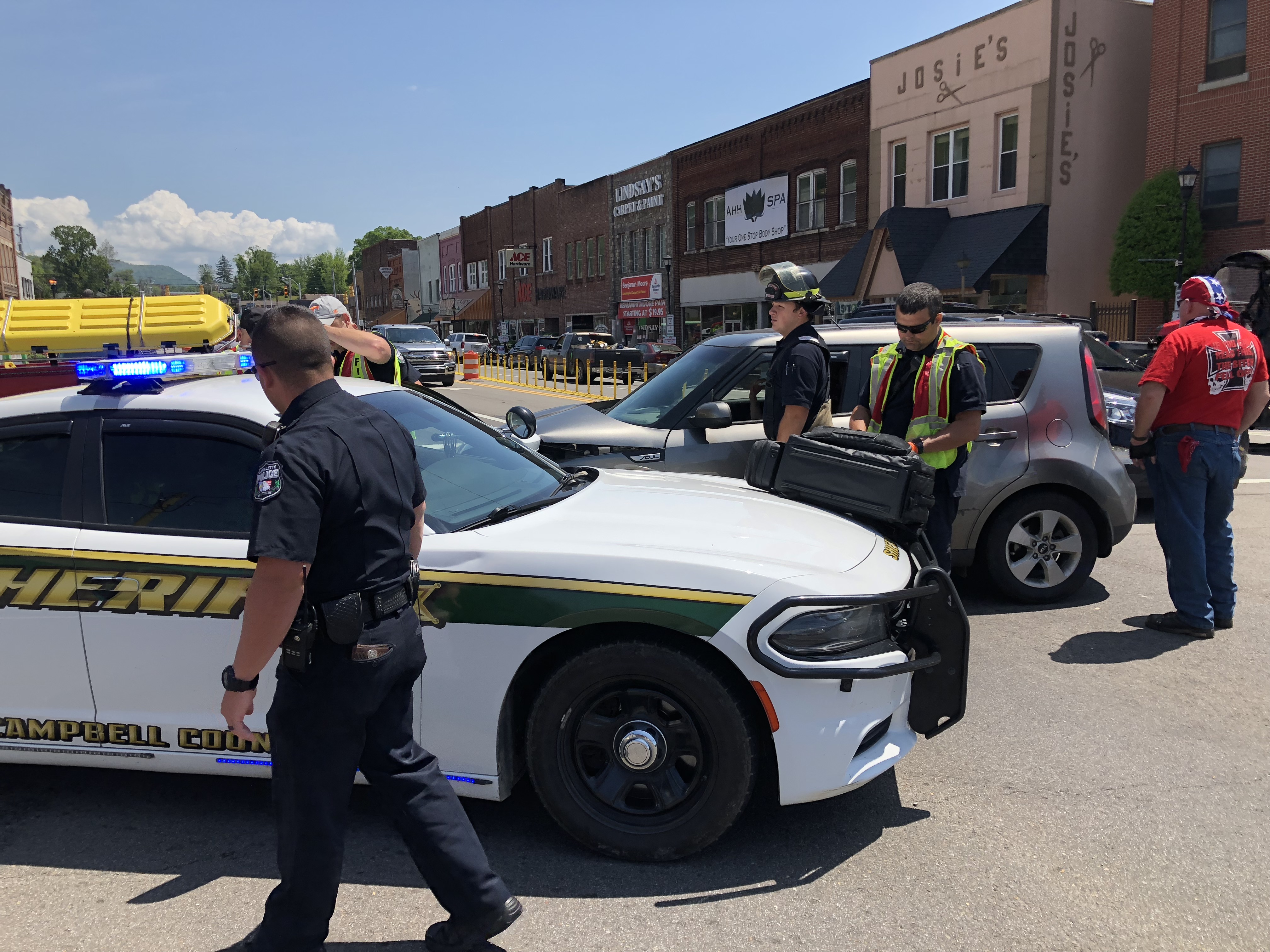 Both drivers were wearing seat belts.  The report details that Gibson was not injured while McCall possibly suffered injuries. 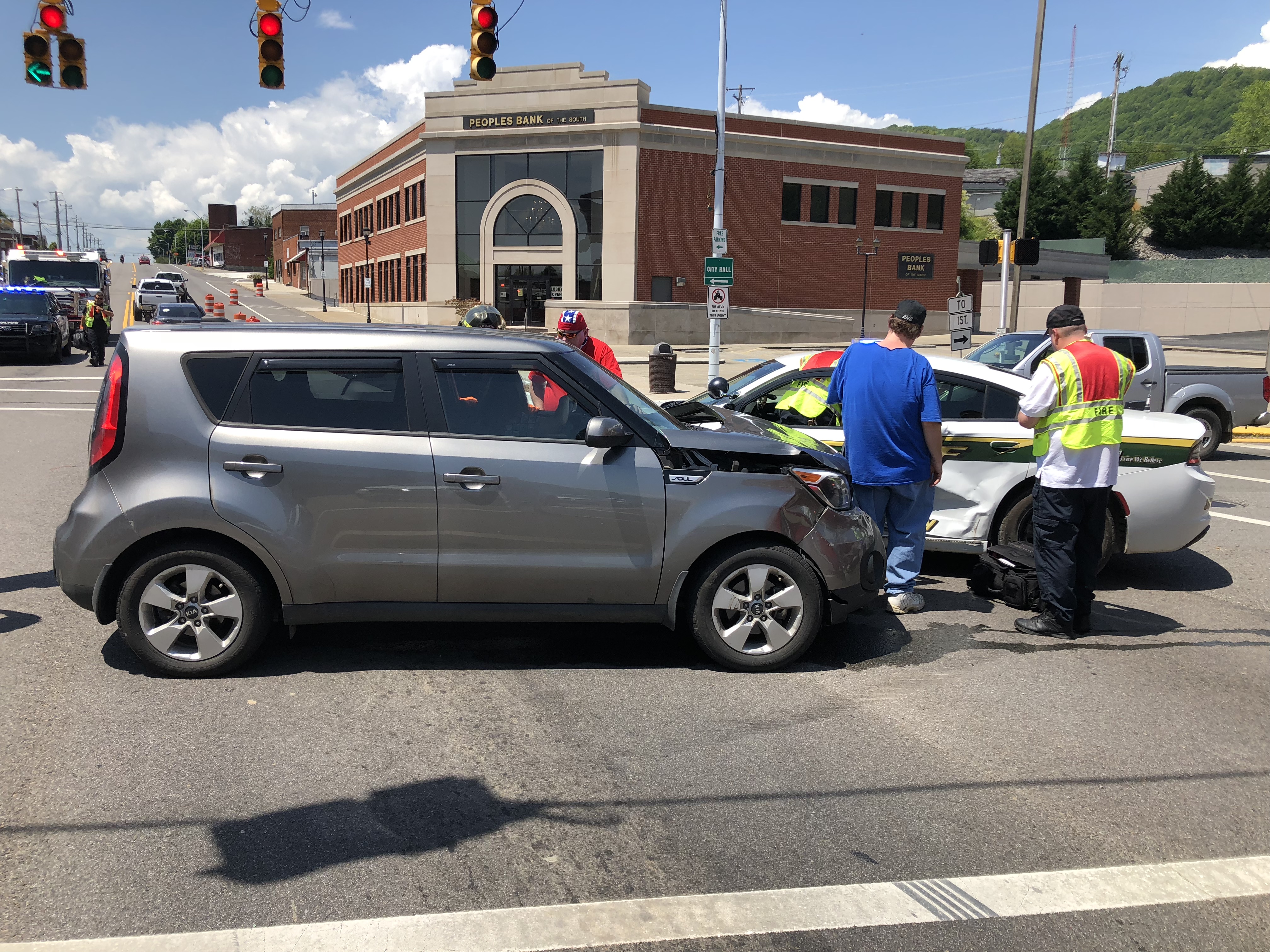 The La Follette Police and Fire Departments along with the Campbell County Ambulance Service and Campbell County Sheriff’s Department responded to the scene along with the Tennessee Highway Patrol.  One First Responder told WLAF News that he had to detour around the one-lane of traffic in the construction zone to get to the scene.  (WLAF NEWS PUBLISHED – 05/17/2020-NOON)