The WLAF – Hammrtech Hot Line
... The City of La Follette announced Tuesday afternoon that the annual Trunk or Treat event is cancelled due to the increase in COVID-19 cases ... 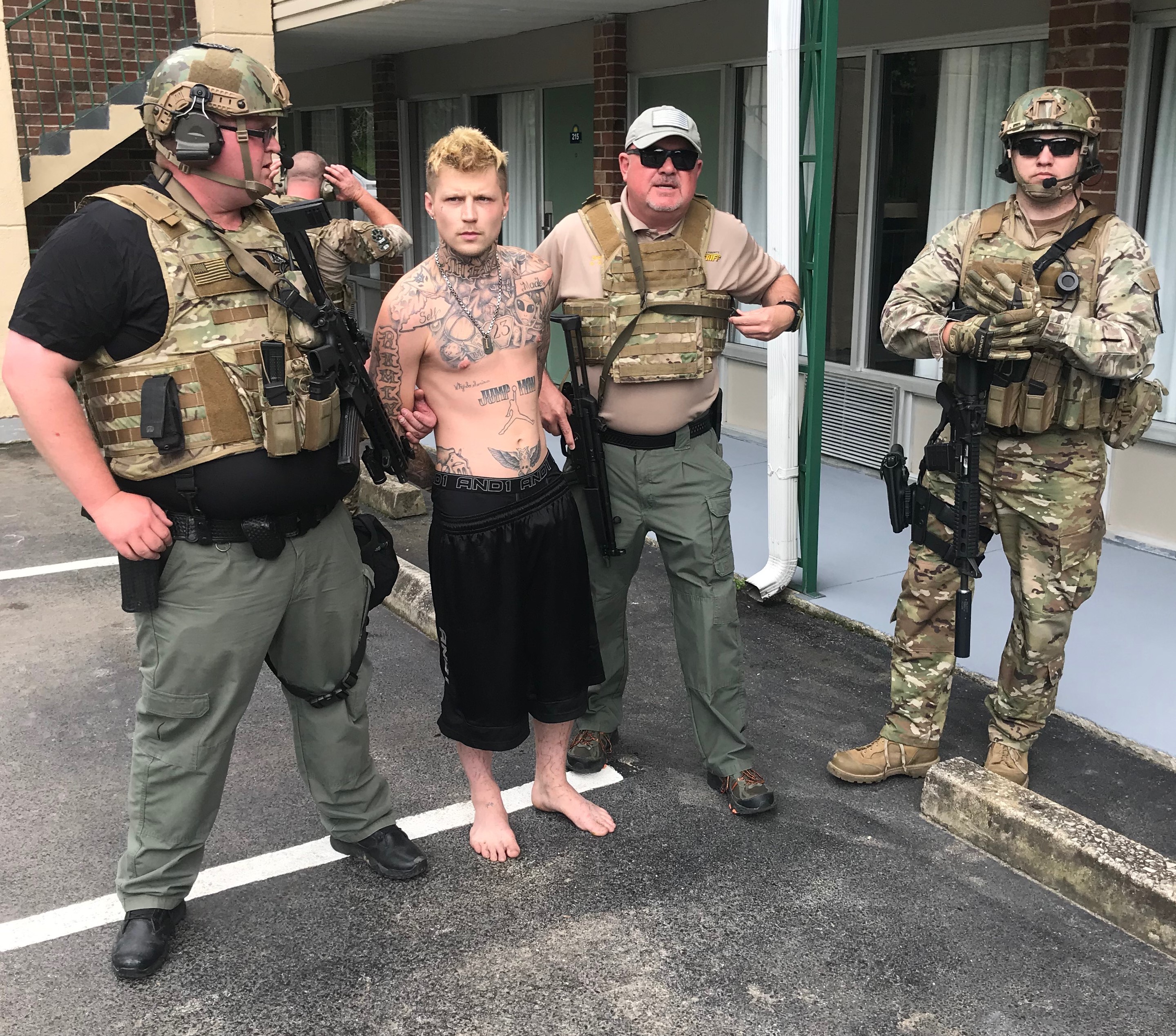 JELLICO, TN (WLAF) – Members of the Campbell County Sheriff’s SWAT Team surrounded the Days Inn at Jellico today at 2:15 pm.  Channel four on the first responders’ radios  was cleared by E-911 Dispatch just for the SWAT Team’s use.

“We had a tip that a wanted man out of Kentucky was staying in one of the rooms at the Days Inn,” said Campbell County Sheriff Robbie Goins. “It was reported that he shot at officers a couple of nights ago.”

“We were able to ping the suspect’s phone and knew he was for sure in a room here at the hotel.  Five people left the room, started to leave the grounds in a car and officers then took down the car,” according to CCSO Chief Deputy Matt Wasson.

“The SWAT Team rushed the room and took the suspect into custody,” said Wasson.  It ended a nearly two-hour event.