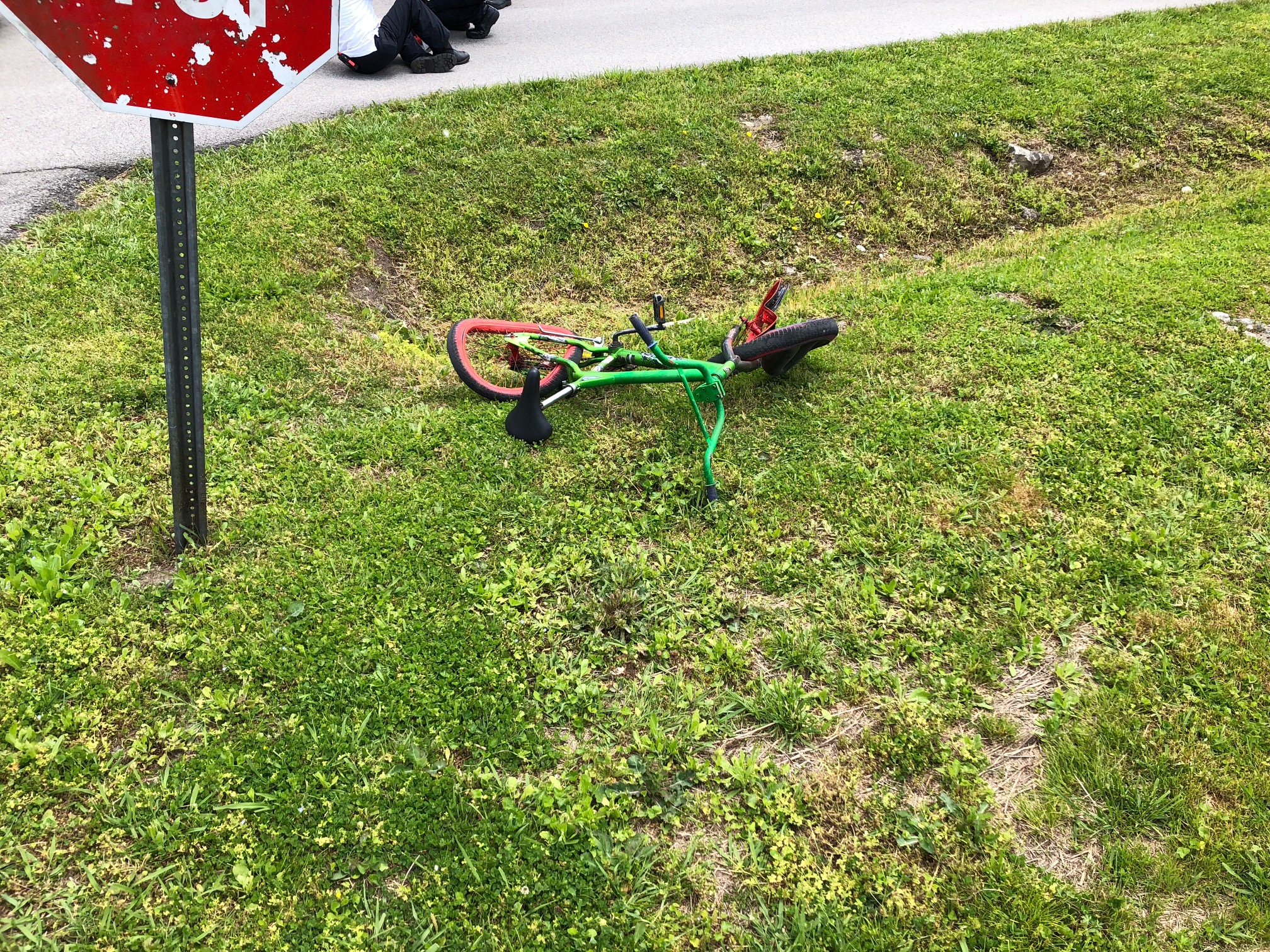 A young boy was hit while riding his bicycle Monday afternoon in East La Follette.  This is his mangled bicycle.

LAFOLLETTE, TN (WLAF) – A young boy was hit by a pick-up truck this afternoon while riding his bicycle near the corner of East Kentucky Avenue and South 8th Street.

The accident happened just after 2:30 pm in East La Follette. 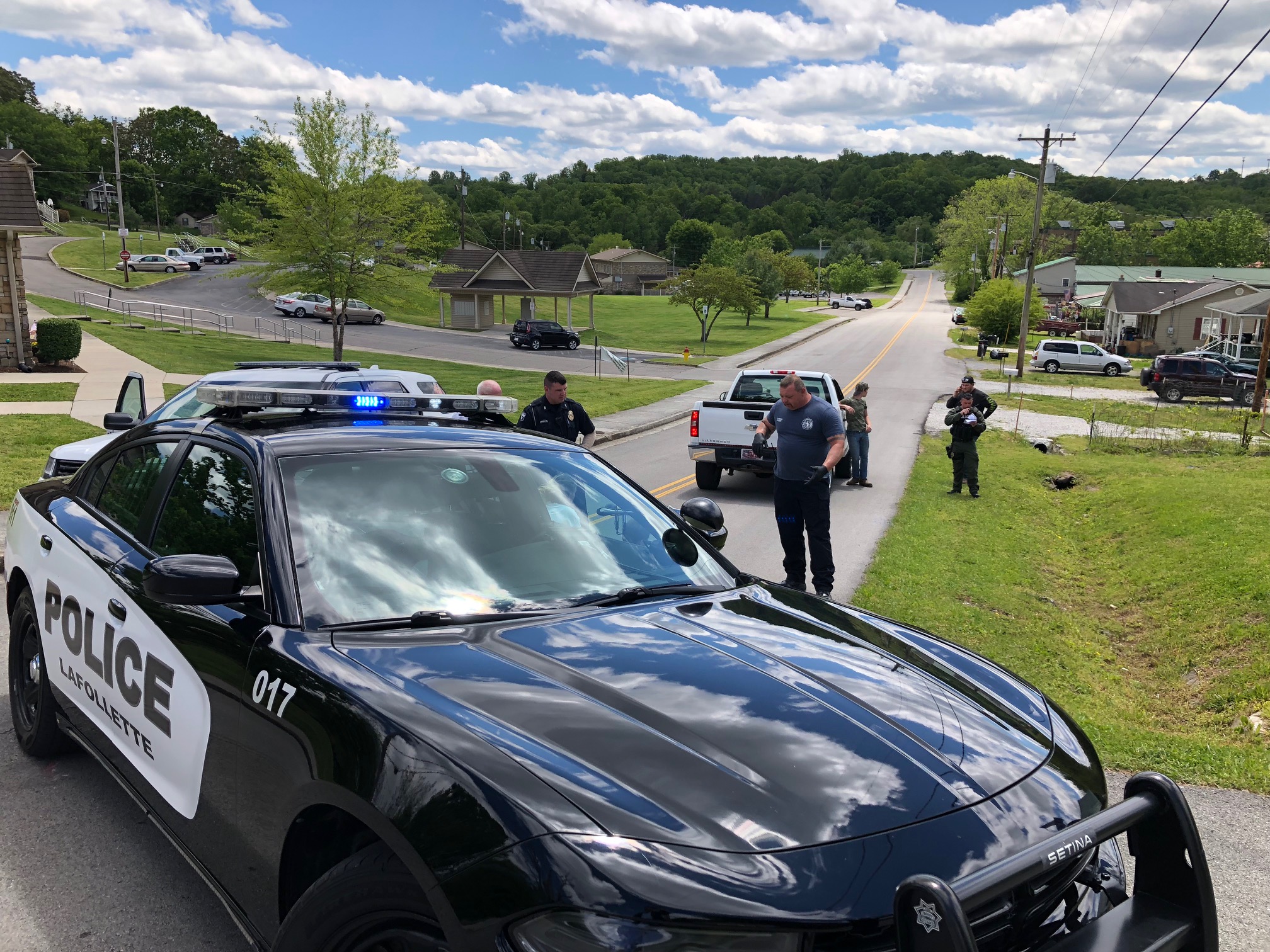 The boy who was injured when he and his bicycle collided with a pick-up truck is being care for by First Responders on the other side of this La Follette Police cruiser.

The young man was shaken up and said to be complaining that his head hurt.  It appeared that the bike rider was not wearing a helmet.  (WLAF NEWS PUBLISHED – 05/11/2020-3:20PM)