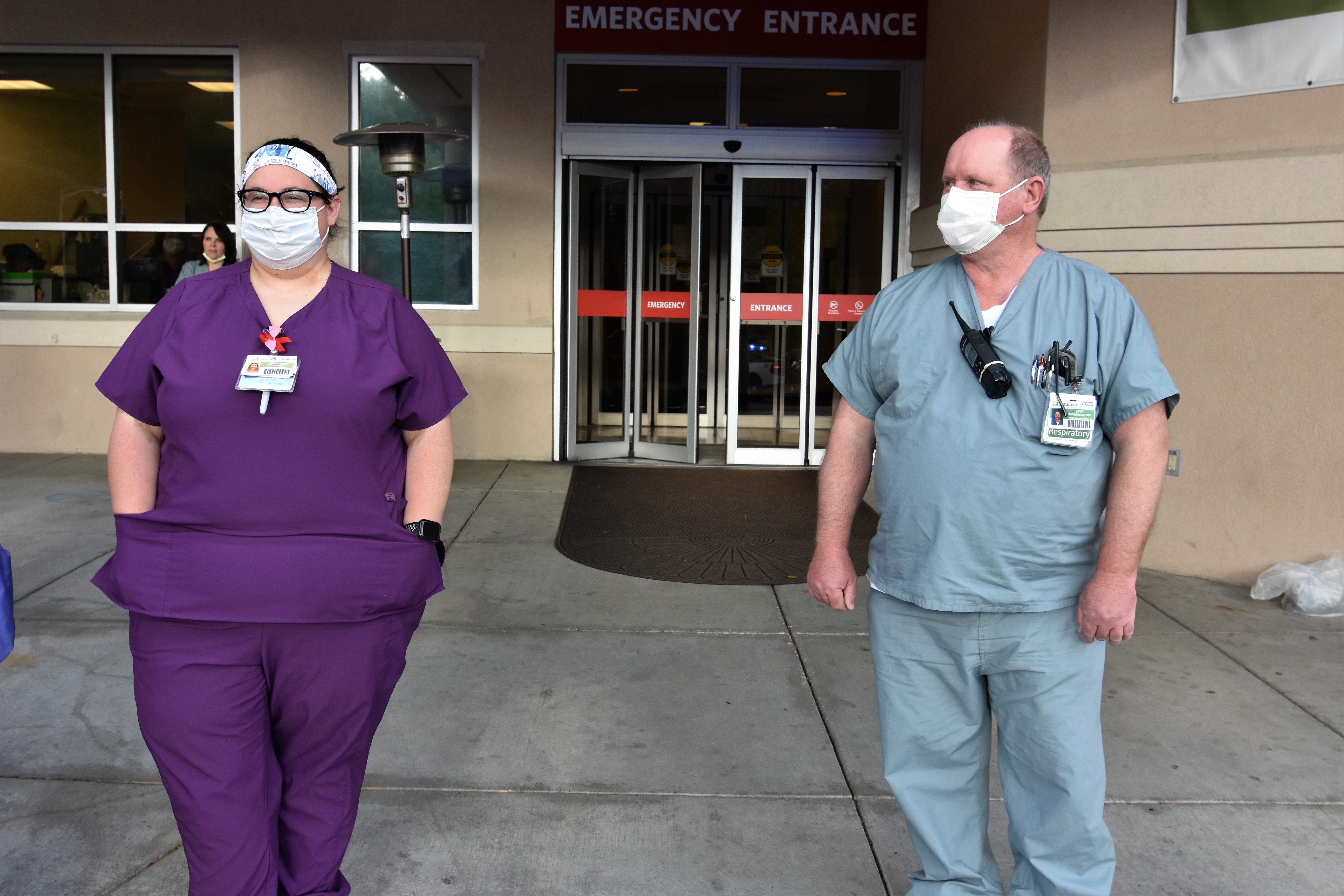 The display of support came from the La Follette Fire and Police Departments, the Campbell County Sheriff’s Office and the Tennessee Highway Patrol.  Members of each entity represented were on hand in the expression of appreciation. “There’s been an overwhelming outpouring of support from the community, and tonight, the City is showing its support of the hospital and staff,” said Myers.  She adds, “We’re in a partnership with the city.  They’re always here for us.” Amanda Rogers (left) and Teska Bolton (right) are members of the LMC screening team that greets those entering the hospital.

The mayor recalled having his tonsils removed as a child in the 1950s at the then La Follette Community Hospital.  “Dr. Lee Seargeant removed them and even gave them to me in a jar of Formaldehyde.  I love this hospital,” said Stanfield.  He went on to say that he was even the paperboy for several of the hospital’s doctors in the 1960s. 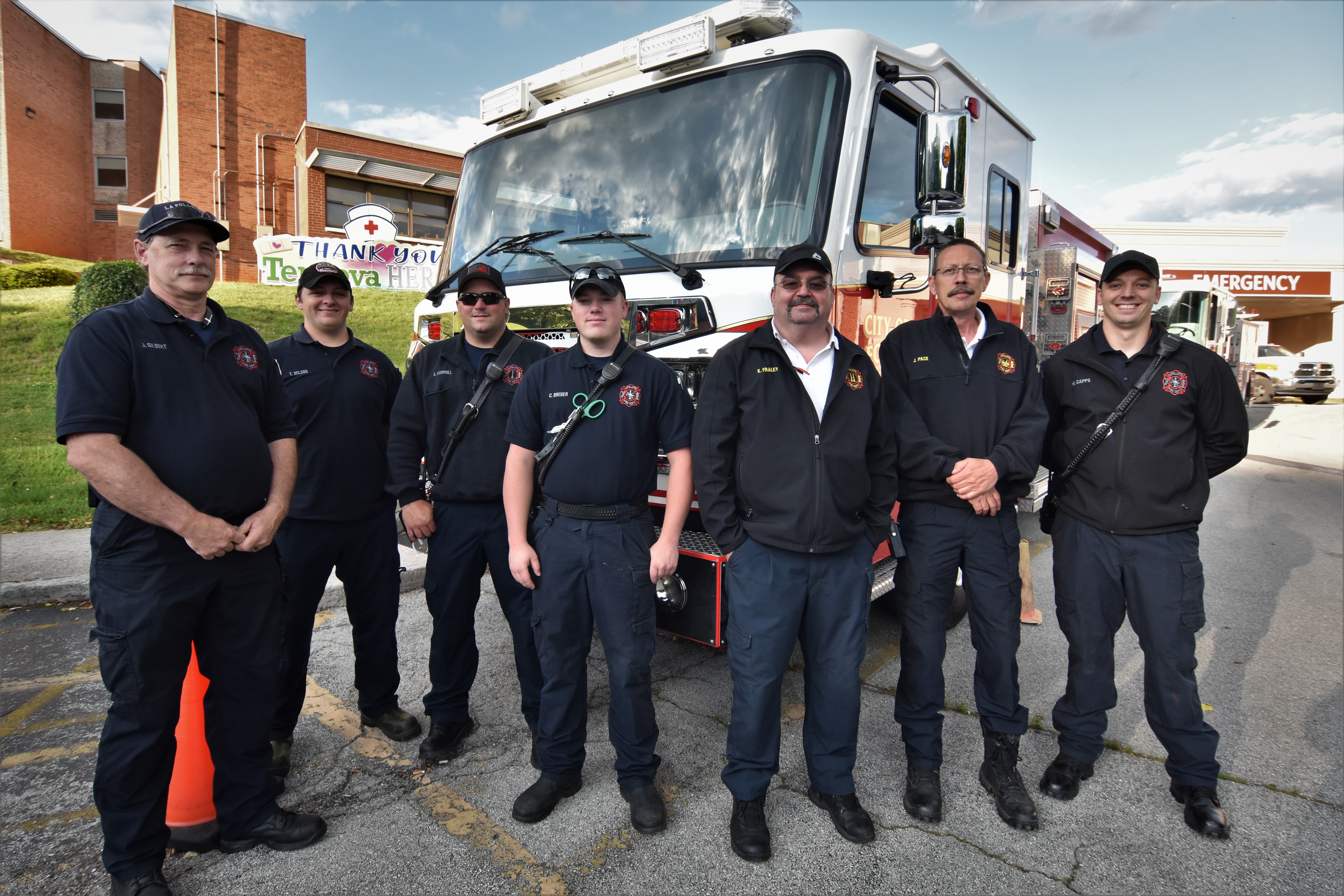 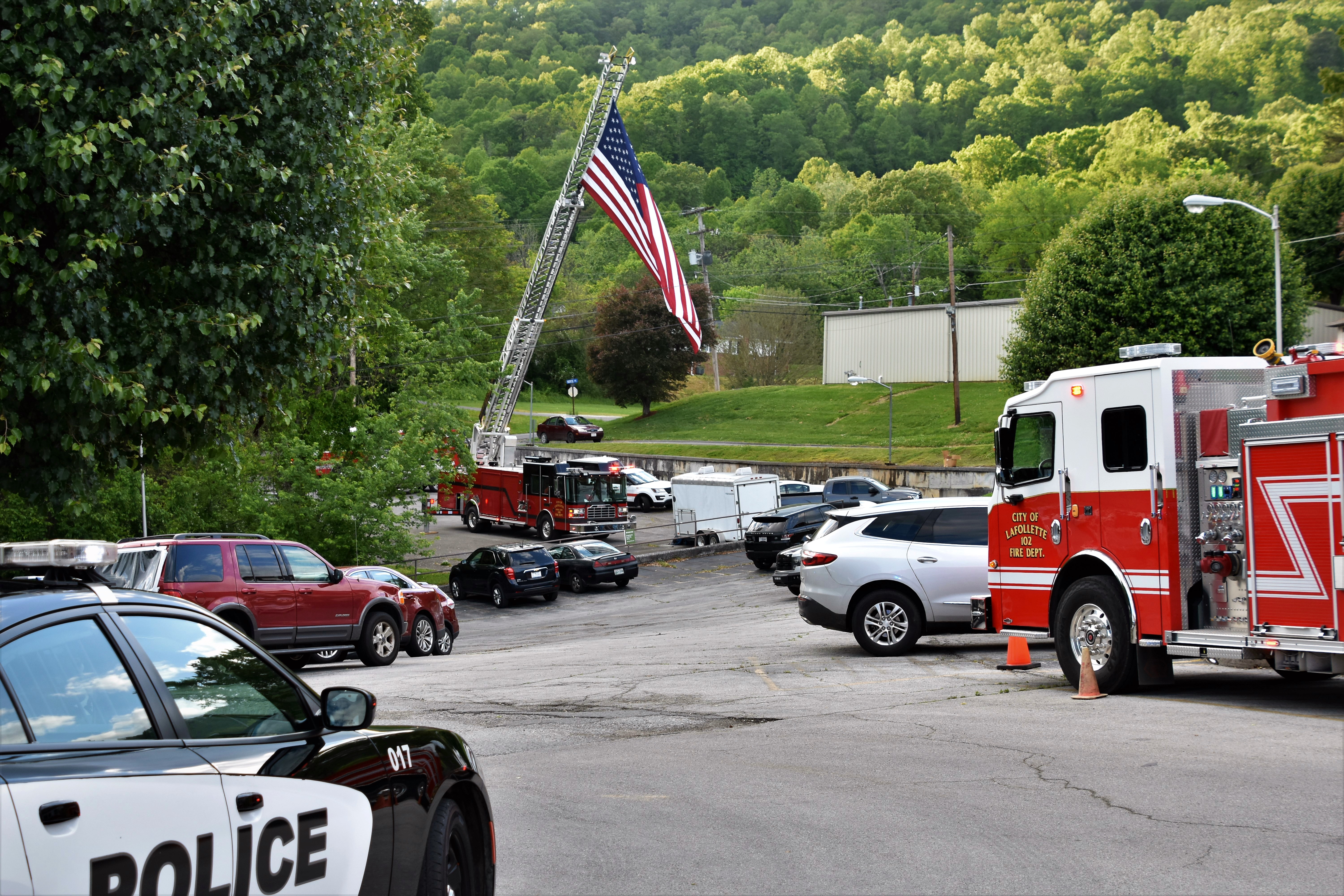 Cain said, “I appreciate the professionalism, teamwork and compassion each of our team members have demonstrated during this extremely difficult time. Safety will remain our highest priority as we go through this event.  I am extremely proud of the care that has been provided to our community.”

Sandy Day at Sandy’s Custom Auto said in this sign that is the sentiment many of  us  are thinking, “Thank You to our health care providers, our Tennova Heroes.”  Day, who was on hand Thursday evening, donated and erected this sign in April at the West Station area.

During the few minutes long outdoor ceremony, the LMC managerial staff was inside overseeing patients making sure they were safe and cared for so the healthcare team could be honored.  Before the staff came out, Stanfield took to the hospital’s public address microphone sending a thank you over the speakers throughout the entire hospital.