LAFOLLETTE, TN (WLAF) – Things have come full circle for three native Campbell Countians who just graduated from pharmacy school at South College with their doctorates.  All are Campbell County High School graduates, and all three did internship rotations at Terry’s Pharmacy.    Corey and Hannah Bray and Ethan Stults completed their pharmacy doctorates on May 2 and are now waiting to take their state board exams for licensure. Ethan’s fiance, Brittany Sletterink, also completed her doctorate.    A virtual commencement will take place in June. “We are just so proud of them,” said Raewyn Snodderly of Terry’s Pharmacy.

This year’s class of pharmacy doctorate students was advised by Don Branam of Jacksboro, who got his start at Terry’s Pharmacy in the early 1990s as a pharmacy technician before working at Tennova and then going on to pursue his professorship.  Branam said he has “fond memories” of his time at Terry’s working under Terry Ratcliff.  “He was instrumental in getting me into pharmacy,” Branam said.

This hometown connection is part of what makes this graduation special for these students and their academic adviser, as well as for the community “cheering them on,” according to Snodderly.  “It’s really brought things full circle for us here at the pharmacy, watching these students go through the whole process as they worked and interned for us; we are so proud of all their hard work,” Snodderly said.

Due to the COVID-19 virus, the graduation ceremony was switched to a virtual ceremony. The college hired a professional camera crew to film the key note address and honor acknowledgements this week, according to Branam who said that video was supposed to play on Friday.  “It’s sad that the students don’t get to celebrate their years of hard work together and have that very special day, but that doesn’t diminish their accomplishment. They are all excellent students and will be excellent pharmacists,” Branam said.

Snodderly, who is also president of the Tennessee Pharmacists Association, was chosen as the graduation key note speaker. She recorded her message to graduating students on Tuesday as part of the program that will be played for graduates on Friday.

“These graduates are entering into a totally different world than many of us; their first year’s experience will be taking care of patient’s during a pandemic. I commend these graduates and their resilience,” Snodderly said. She also said she had great “respect for how hard the students worked to earn their doctorate degrees.”

The doctorate program was an “intense” accelerated three year course, instead of the traditional four year program. All three students said it was a relief to be done. 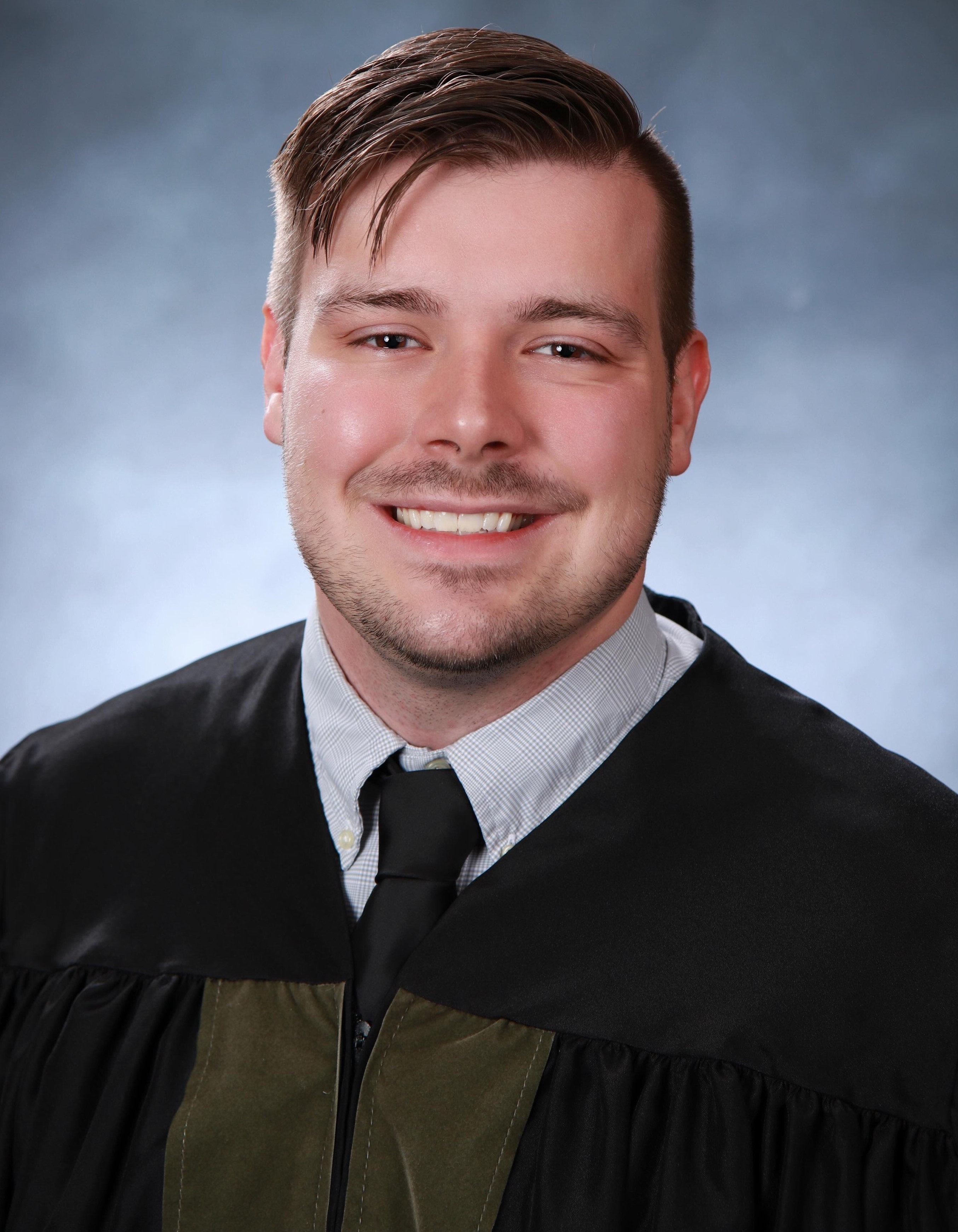 “It was a lot of commitment going to school year round in the accelerated program and it feels great to be done,” Ethan Stults said.  Stults is a 2013 Campbell County High School graduate. He did a pharmacy intern rotation at Terry’s, as well as several other rotations at the local Walgreens. He met his fiance Brittany during pharmacy school. The pair helped each other study along the way.  “It was wonderful to have her by my side; to have someone understand how hard the program was,” Stults said. Ethan has a job lined up with Walgreens in Knoxville as a “floating” pharmacist where he will fill in at different Walgreens locations at first. His fiance will be working at a Knoxville CVS pharmacy.  Stults said he has loved working at his hometown pharmacy locations.  “It feels great to finally see the hard work of the last three year’s of school pay off,” Ethan said, adding that he was grateful for all the community support. 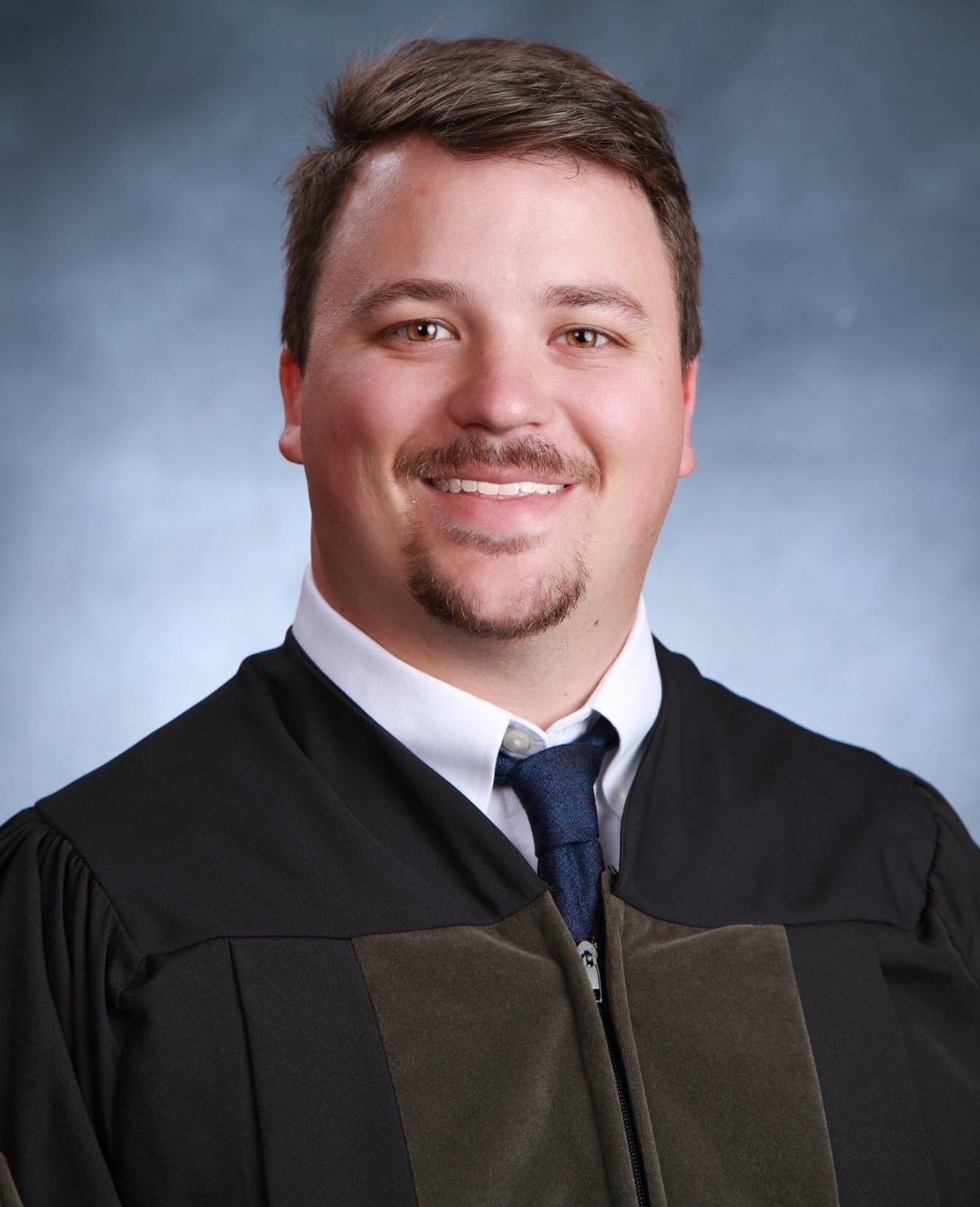 Husband and wife duo Corey and Hannah Bray agreed.  “It was grueling, but a great stepping stone,” said Corey Bray of the accelerated pharmacy doctorate program at South College.  Corey is a 2012 Campbell County High School graduate and began his time at Terry’s after attending Carson Newman University.  He has been chosen as this year’s Salutatorian for South College’s PharmD class. Corey credits Terry’s Pharmacy and everyone who works there with helping him have direction with what he wanted to do with his life.  “I loved every moment at Terry’s. I owe everything I am as a student and a pharmacist to them,” Corey said.  It’s also where he met his wife Hannah Lay, who had been working at Terry’s since her senior year of high school. She graduated from Campbell County High School in 2014 and worked at Terry’s all through college. She and Corey were thrown together when Hannah was assigned to train him. She jokes that she “taught him all he knows.” 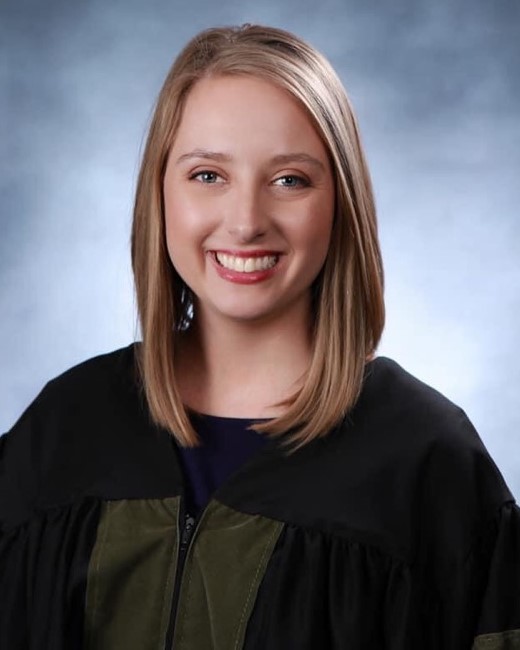 “Their romance began here; we all like to say they fell in love at Terry’s Pharmacy,” Raewyn said. The pair eventually started dating and were married a little over a year ago. It was a smooth transition from study partners to marriage partners.  “I could not have done it without him by my side; we got through it together and that made a huge difference,” Hannah said.  “We each brought a different learning style to the table which helped us learn the material better, and it was wonderful to have someone understand what I was going through,” Corey said. He also said he wanted to thank his mom Kristy Bray and his dad Scott Bray for all their support. He had a special message for his sister Olivia who just graduated college and is also pursuing pharmacy school. “Keep your head up and keep going.”

Corey has accepted the offer of a prestigious residency at Erlanger Health Center in Chattanooga.  Both he and Hannah had done pharmacy rotations at Erlanger. His residency will be in level one trauma at a critical care facility, which is his focus of interest. He said he might look into teaching at some point as well. He and Hannah moved to Chattanooga in September. Hannah said she plans to pursue community pharmacy work in the area. Her dream would be to work at a place like Terry’s. “Everyone is like family there. They have been our biggest cheerleaders,” Hannah said.

Everyone over at Terry’s said they wanted to wish the new graduates the best of luck.

“Corey is naturally brilliant and philosophical with his thoughts, while Hannah is incredibly disciplined and a great leader. Ethan did an amazing job as well,”  Snodderly said.

“We are so proud of them; their future is bright and it’s important they know the community supports them as they take their next steps in life,” added Snodderly.  (WLAF NEWS PUBLISHED – 05/06/2020-6AM)