LAFOLLETTE, TN (WLAF) – When Harley Miller backed out onto Glade Springs Road, he backed right into the path of Campbell Sheriff’s Deputy John Minor.  The deputy outlined in his report that as he drove down Glade Springs, Miller came out of Mac Ivey Lane in reverse forcing Minor to brake hard and come to a complete stop.

As Minor was processing his near collision, he instantly noticed that the windshield of Miller’s 2001 Honda CRV was shattered.  The deputy turned on his blue lights, Miller stopped his silver car and then jumped out and ran.  According to Minor’s report, Miller ran around the front of his Honda, off the right side of the road and fell into a dry creek bed.  Miller then got up, ran up a ridge into the woods on the other side of the creek.  Minor caught up with Miller and handcuffed him. 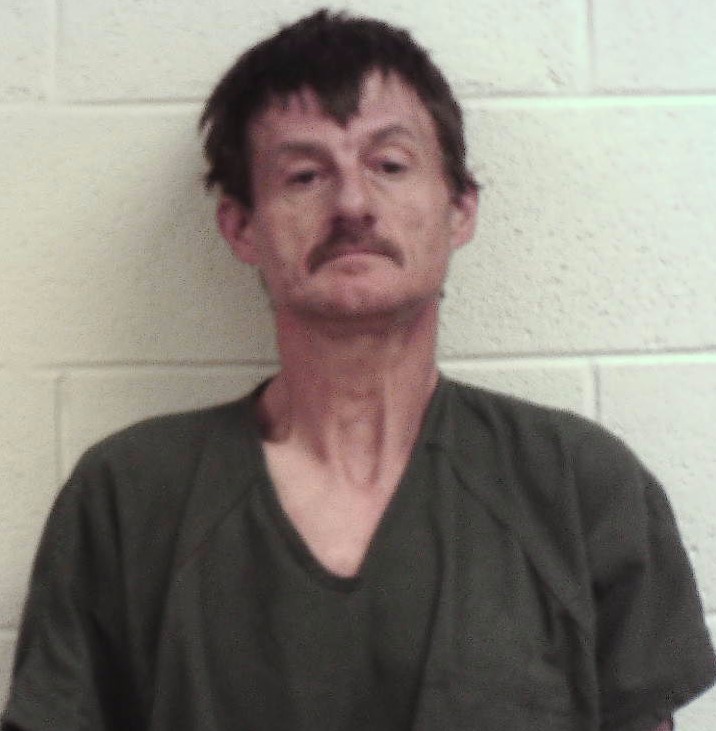 Harley Miller was charged with his 4th DUI.

The deputy noticed smoke coming from Miller and picked up on a strong smell of marijuana.  Minor asked Miller if he was smoking marijuana, and, according to the report, Miller said “yes.”

Minor patted Miller down before he placed him in the backseat of the cruiser.  Miller allegedly told Minor “I have a bag of weed in my front pocket.”  Minor found that bag along with two gold containers as Miller told him they contained meth and suboxone and that he had a prescription for the suboxone.

A check of the plates on Miller’s CRV did not come back to that vehicle.  When Minor ran Miller’s drivers license, it was determined that it was revoked for driving under the influence based on the report.

Due to the fact Miller attempted to run from Minor, he was taken to the Campbell County Jail where he was given a field sobriety test.  Based on his performance, Miller was charged with driving under the influence (DUI).

Harley Edward Miller, age 47, of Goins Lake Lane, La Follette, faces 10 charges.  He is charged with a 6th offense driving on revoked suspended and a 4th offense DUI.  The list of charges also includes failure to yield right of way, violation of the Tennessee financial and registration laws, possession of schedule II, III and VI controlled substances along with resist-stop-frisk-halt-search and evading arrest.  Miller is free on a $60,000 bond.  (WLAF NEWS PUBLISHED – 05/06/2020-6AM)