Stop Light 8 was the end of the line for this big haul.  The road was just too narrow as you can see on each side of the rig. 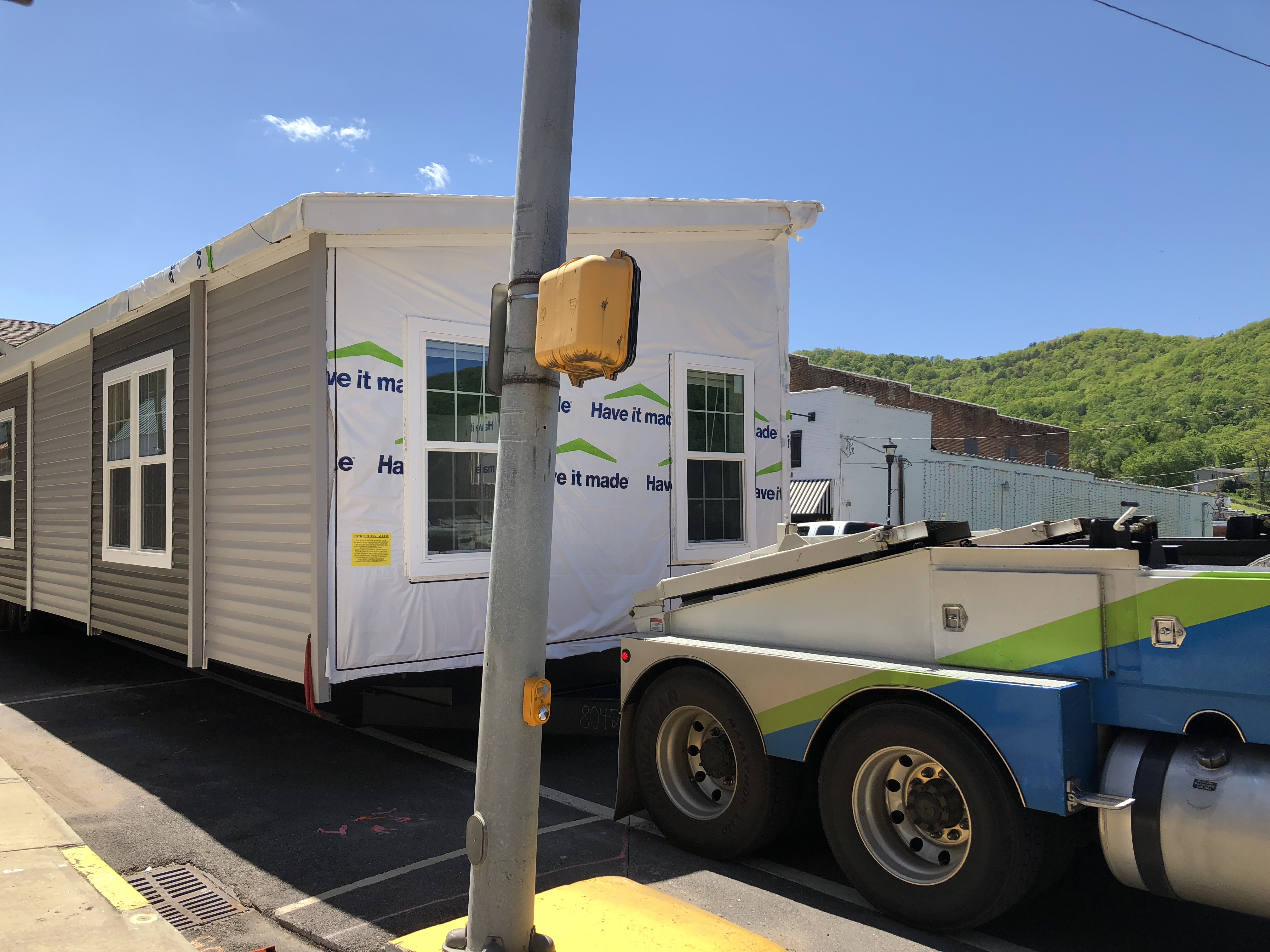 LAFOLLETTE, TN (WLAF) – Downtown La Follette’s bridge project traffic flow pattern just wasn’t big enough to accommodate a giant mobile home.  Jay Carter, the driver of the big rig, said, “When I made it here, I knew there was no way to go any further.”  And the “here” was at Stop Light 8 at First Street. 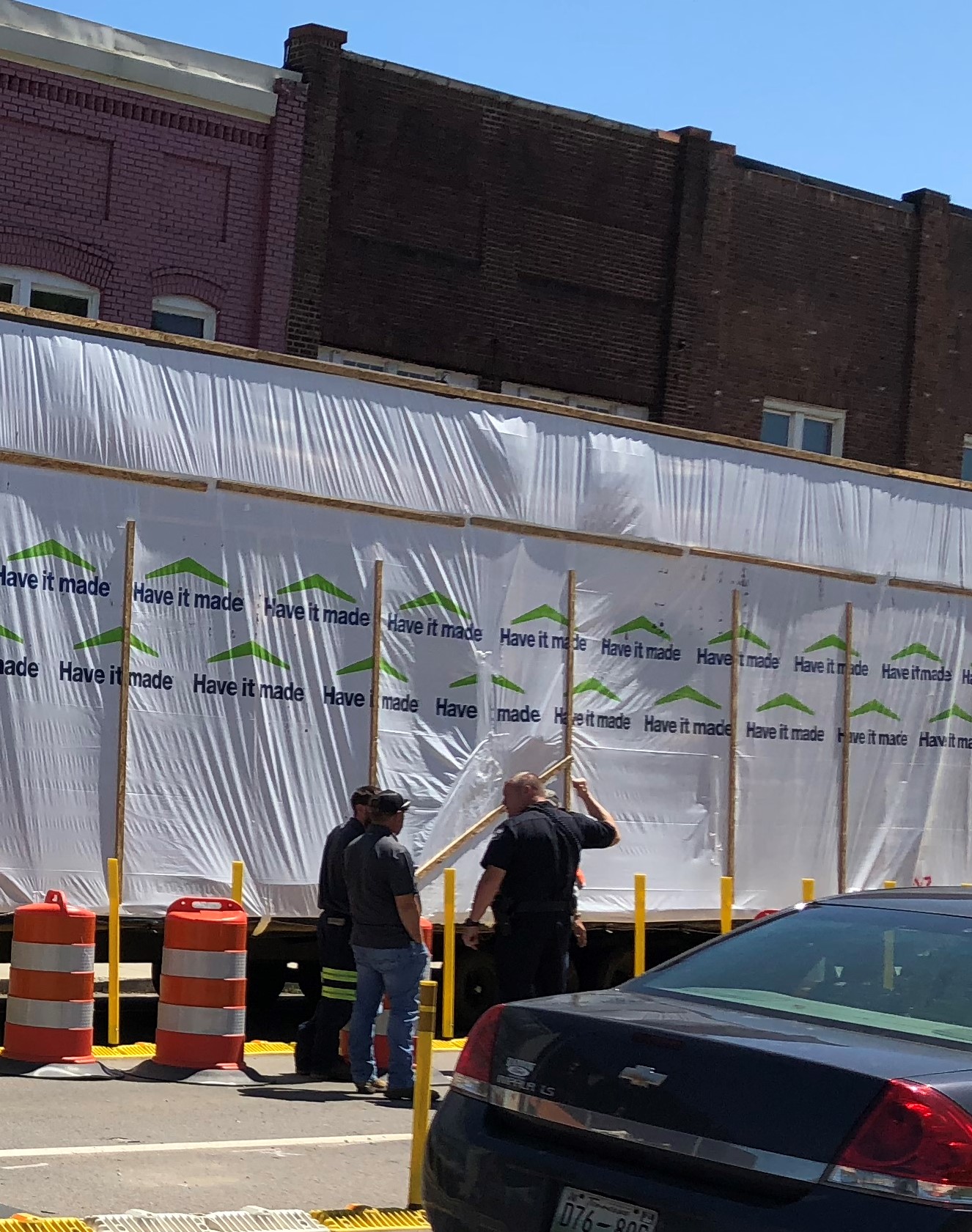 Members of the La Follette Police and the La Follette Street Departments were called in to game plan (above)  with Jay Carter (left in blue jeans) and send the wide load on to its destination in Kentucky.  From start to finish, the whole process that began just before 3 pm took well under fifteen minutes. 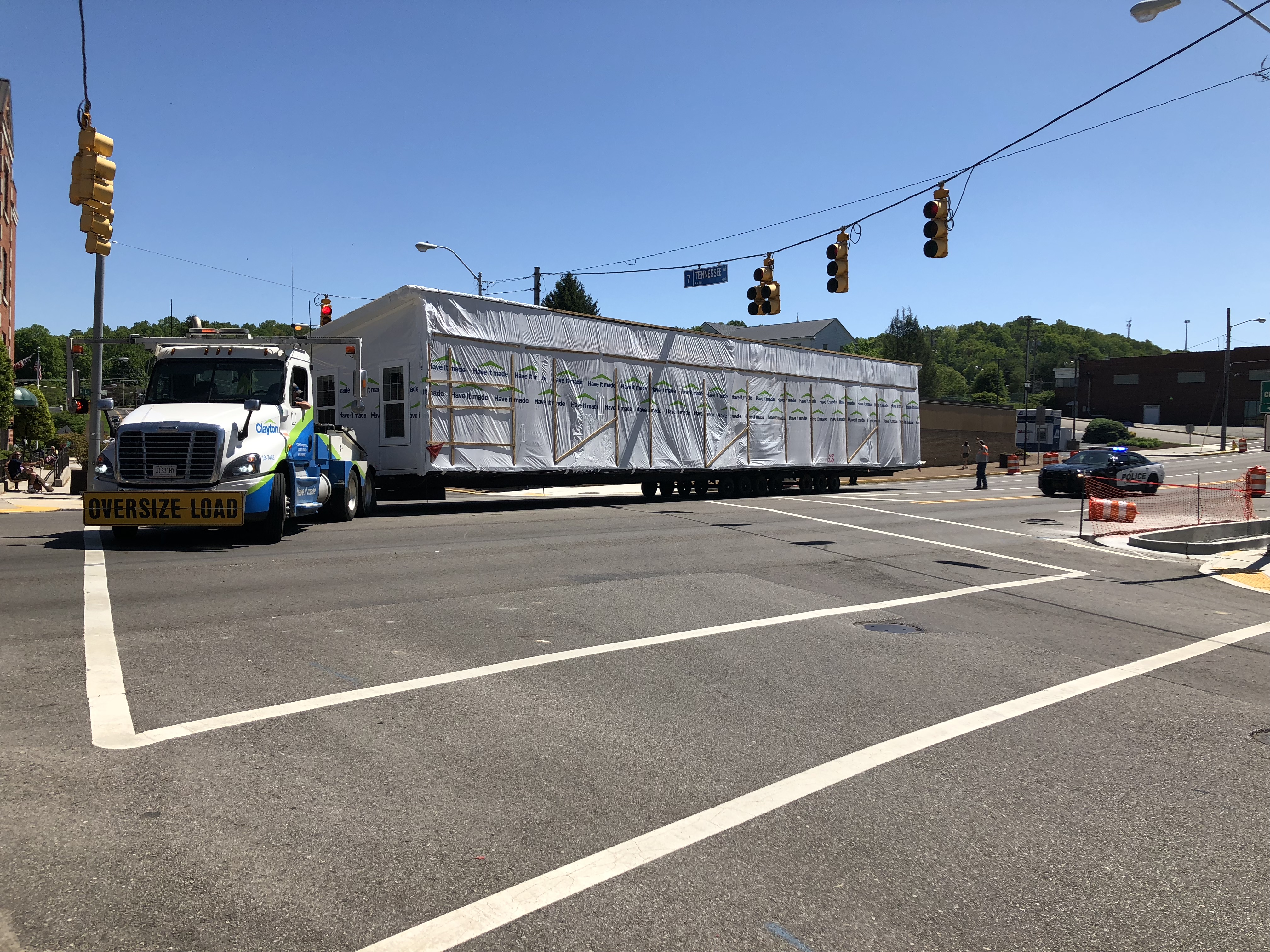 Once here on North Tennessee Avenue, Carter and his big rig were home free.

Traffic was stopped in all directions from Cumberland Avenue back to Depot Street along Central Avenue.  La Follette Police stopped east bound travelers up above the two downtown banks.  Carter then backed up the rig with the greatest of east across Tennessee Avenue.  He then cut it up North Tennessee, crossed over to North Indiana Avenue and then headed east on East Central Avenue toward the state line.  (WLAF NEWS PUBLISHED – 05/04/2020-4PM)