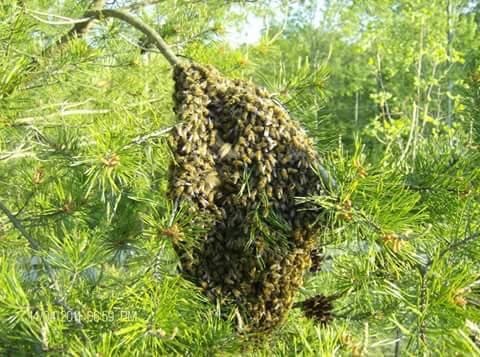 LAFOLLETTE, TN (WLAF) – Spring time in East Tennessee means swarm season for the honey bee; something local bee keeper Martin Trowbridge looks forward to each year.  Trowbridge puts the word out that he is on the hunt for hives. If someone has a swarm on their property, Trowbridge gently gathers them up and takes them back to his Tennessee Raw Honey bee farm in LaFollette. The person who called with the swarm gets a certificate to get a free jar of honey when its ready in June or July. He said he had been doing this “his whole life.”

Bee keeping runs in his family and it’s what he always wanted to do, said the nearly 53-year- old bee keeper. “My grandfather was a bee keeper and so was my dad,” Trowbridge said. He said his dad and grandpa would dust a bee with flour “back in the day” and then follow it to the swarm to gather in a box. Now, when Trowbridge gets a call about a swarm, he gets an empty box and goes to where the swarm is, which could be just about anywhere in East Tennessee. Usually, but not always, it’s on a tree. “If it’s on a limb I can gently shake the bees off into the box, but if its on the base of the tree I have to just scoop them up by hand,” Trowbridge said. When swarming like this, the bees are often more docile and don’t sting unless mashed. After getting most of the bees in the box, he usually leaves it overnight so the rest of the swarm goes in the box. He then gets them and takes them to his honey farm to live in a hive and go to “work.” 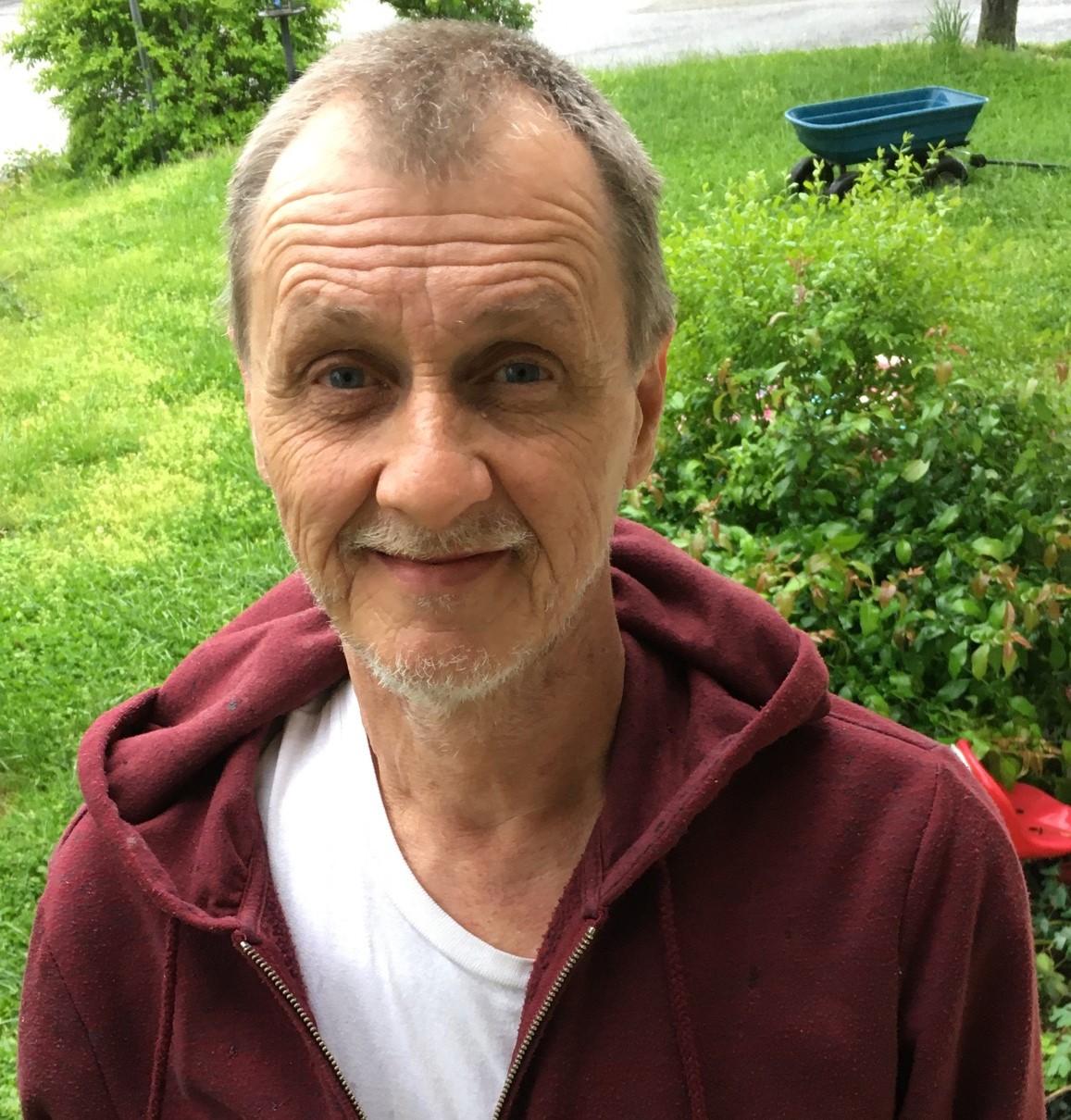 Local bee keeper Martin Trowbridge is carrying on a family tradition and hopes to pass it on to his grandson.

Sometimes he can just put lemon grass oil on the box and the bees are drawn to it. He has many tricks up his sleeve when catching bees.  “Just this week, a lady down in Caryville called me with a swarm living in a block wall,” Trowbridge said. He had to take part of the wall apart to get to the bees and honeycomb. In that situation, he had to use his “bee vac” which is a specialized vacuum made to gently suck up the bees without hurting them and store them in a small cage until he could re-home them in a hive on the farm. He said he would repair the block so the bees would not try to build a hive in the wall again. He traps anywhere from five to 10 hives each year between spring and fall. This keeps his hives replenished and helps his honeybee farm thrive. He removes swarms from all over Campbell County and surrounding counties such as Claiborne, Knox, Scott and Union counties. He said he gets a lot of “false alarm” calls on the little native mason bees that also live in the area. They look a lot like a honeybee, but do not swarm or make honey, but are wonderful pollinators and very docile.  “People will call thinking it’s a honey bee, because they look so similar, but the mason bees don’t make honey, but they do a great job pollinating and don’t hurt anything,” Trowbridge said.  You can tell the difference because mason bees are “solitary” bees, meaning they don’t live in a hive or swarm like the “social” honeybee. He can only remove swarms of honey bees.

When it’s time to “rob” the hives in June or July, he will use what is called a fume board to put Almond oil on the super, which is the part of the hive containing the honey. The bees don’t like the smell of the Almond oil and they go deep into the hive. He then can remove the super to take to the house to uncap and collect the honey using an extraction machine. Afterwards, the honey is strained and put into jars. He doesn’t heat his honey, it is raw and still contains the pollen and propolis in it that are “so good for you.”

Something that concerns him is that the honey bees are dying out in great numbers. He blames a pesticide called seven dust, something commonly used in these parts to put on gardens to control pests.  “Seven dust is the number one killer, and it’s a slow killer, but it’s taking them out,” Trowbridge said. He said he wanted people to know that hot pepper worked just as well to keep pesticides off without harming the bees and that if people wanted to call him with questions, he would be happy to teach them about the use of pepper as a pesticide.

Keeping bees is much more than a business for him, it’s his heritage and his future; a way of life passed down generation after generation.  Trowbridge said he is teaching beekeeping to his grandson to help the tradition continue for future generations to come.