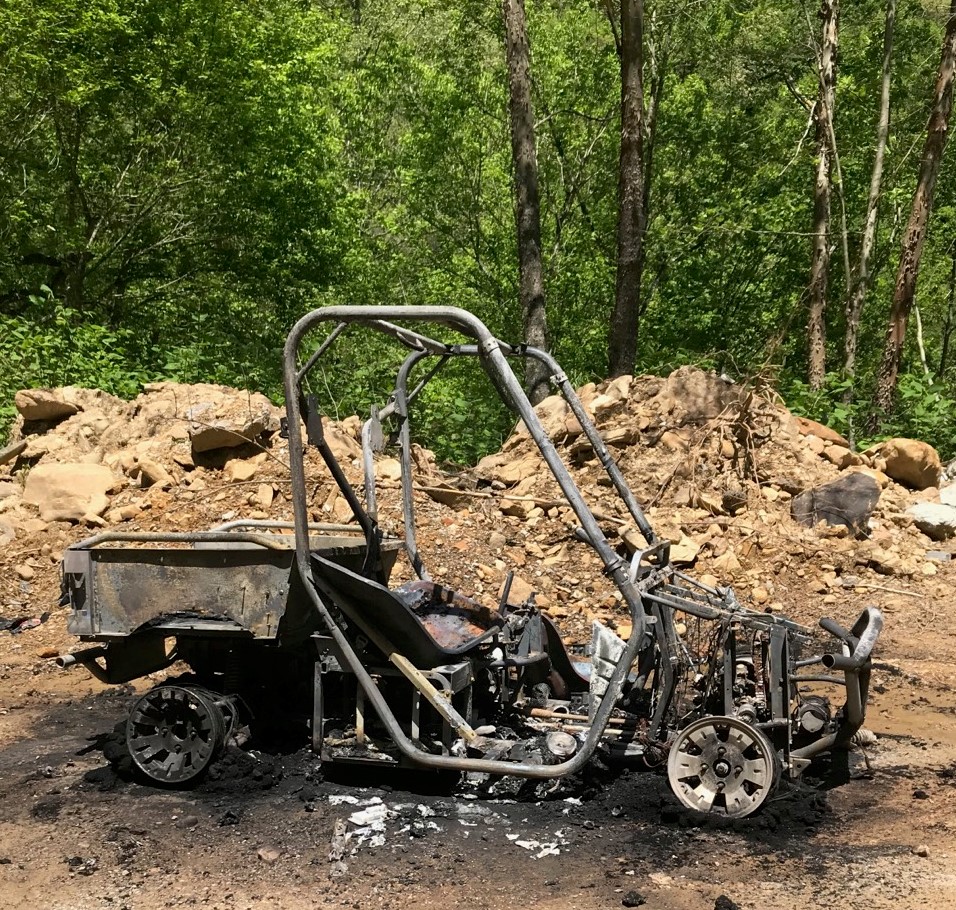 CARYVILLE, TN (WLAF) –  Firefighters with the Caryville Fire Department dealt with three fires on Sunday. Around 6 am Sunday,  a fire behind a home on Jackson Road was called in, and firefighters ended up at a fire on Spruce Lane, officials said.  Both roads are off Park Road, and it was thought that that was the fire.  However, there were two fires,  one on Spruce Lane and  one off Jackson Road.  After the Spruce Lane fire was extinguished, firefighters were sent to Jackson Road to find  that fire had died out where some furniture had allegedly been set on fire.

An ATV caught fire not long after 1pm on Sunday at Red Ash.  Along old Highway 63 is where units with the CFD responded to the ATV on fire on a trailer.  One official called it a total loss.  (WLAF NEWS PUBLISHED – 05/04/2020-6AM)