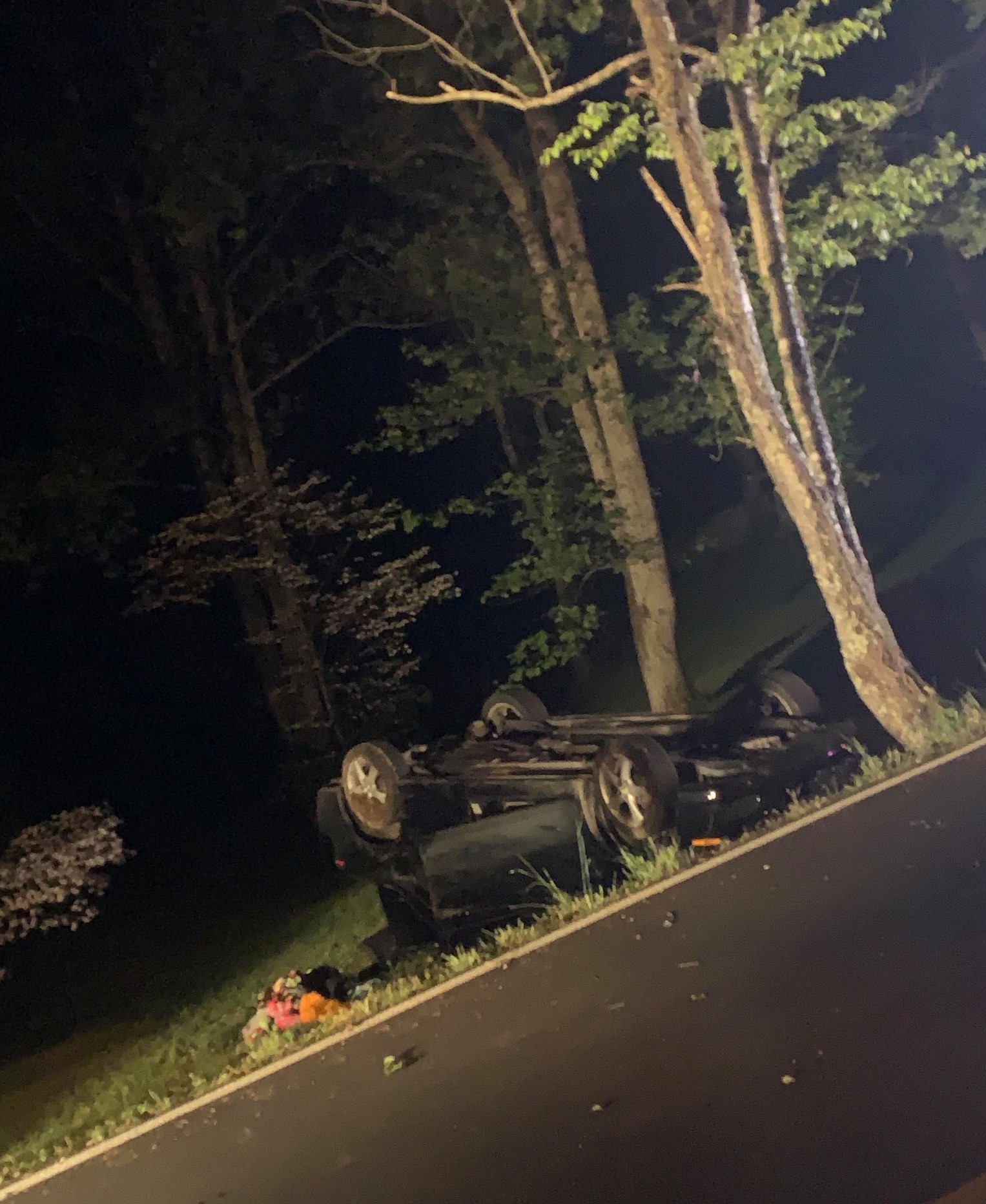 Just after 3am Tuesday is when a car flipped on its top landing beside Oak Grove Road.

CARYVILLE, TN (WLAF) – First Responders were thinking the worst when they arrived on the scene of an accident finding a car on its top.

Investigators with the Sheriffs Department launched an investigation as it was reported by witnesses that there were more than two people in the vehicle but when crews arrived on scene only two occupants were found.  There were no reports of injury.  (WLAF NEWS PUBLISHED – 04/21/2020-6:45AM-PHOTOS COURTESY OF RVFD LT. JACOB SEEBER)