From Walters Funeral Home at 6th Street to the Ben Rogers Building at Nevada Avenue, East and West Central Avenues are down to one lane.

LAFOLLETTE, TN (WLAF) – Grant dollars went to work in downtown La Follette on Tuesday morning as the city’s beautification project began another phase. As a result, traffic was funneled down to one lane in each direction to allow spacing for the additional construction over the next few weeks. 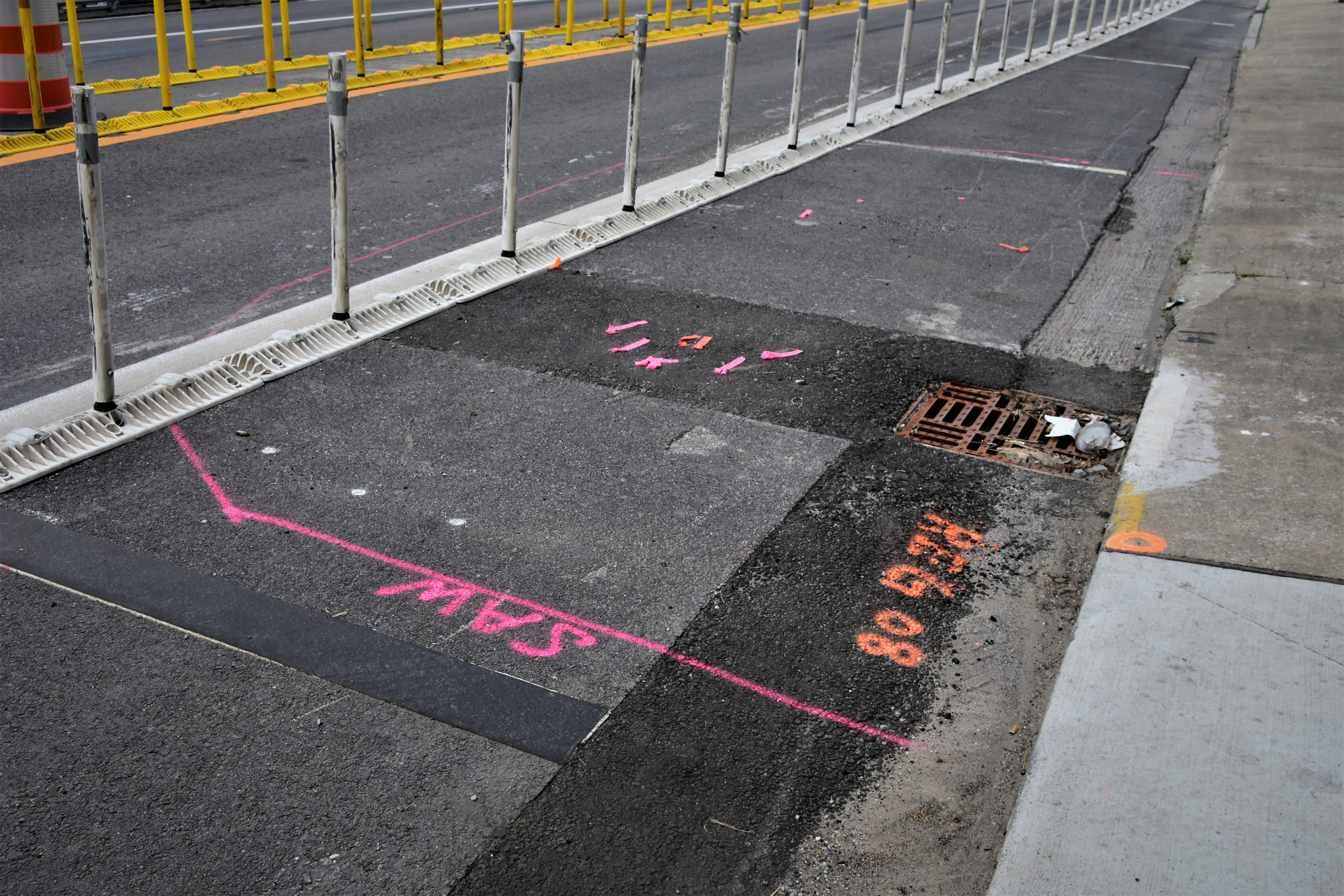 Pink marks the spot in front of Wender Furniture (above) where a flower bed will be placed and below are the cut lines for a flower bed at Freeman Park corner where 1st Street meets East Central. “We were promised that the project would be no longer than three weeks,” City of La Follette Administrator Jimmy Jeffries said.  This phase of the beautification project is the installation of flower beds on the corners in downtown.