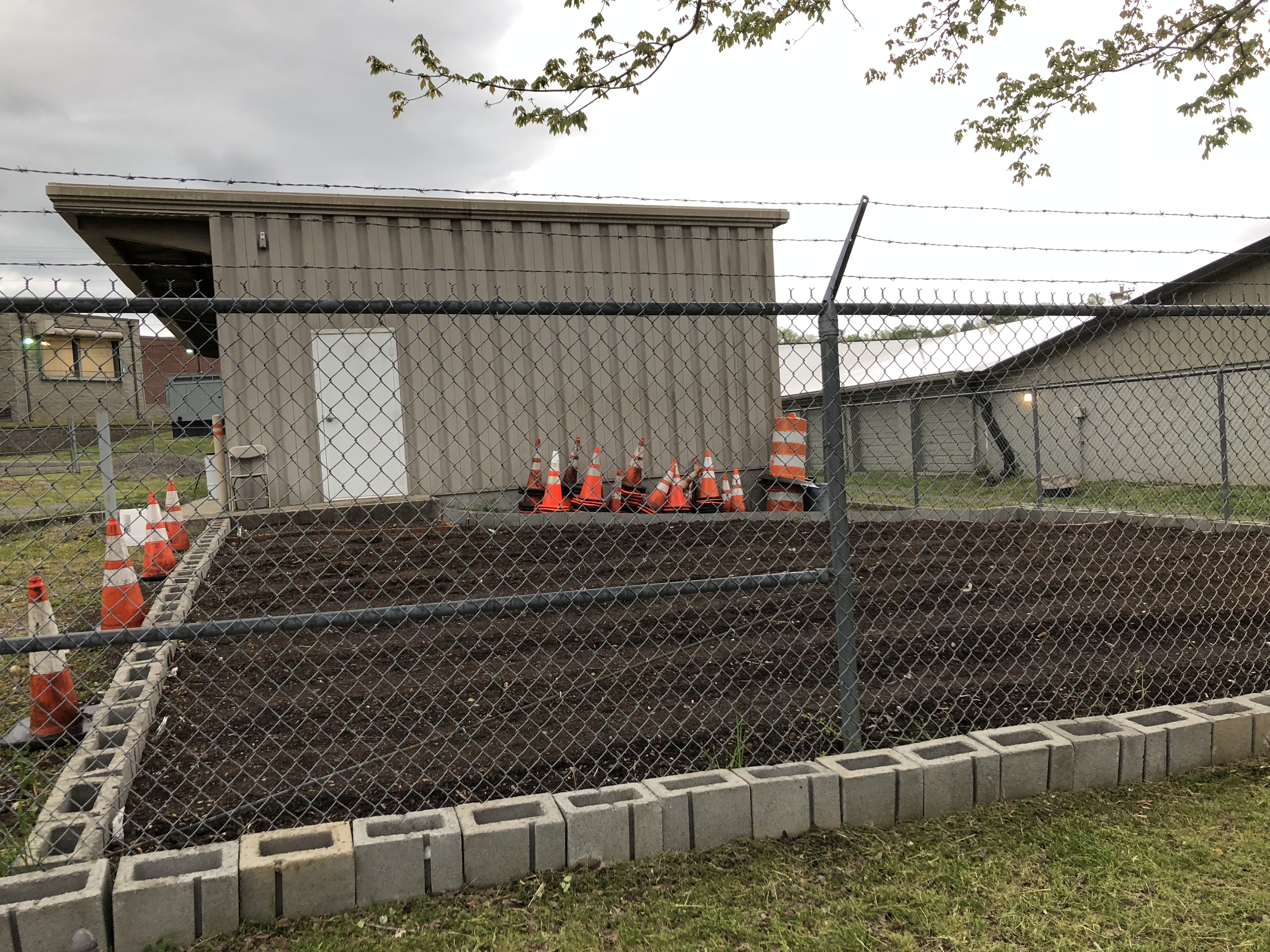 The Sheriff’s Office Garden is well on its way.  It’s located on Kentucky Street right behind the Campbell County Jail.

CCSO Crpl. Nikki Wells was the driving force behind the idea that is coming to fruition.

Last year, the idea of a garden that would produce vegetables for the jail kitchen while also allowing some inmates time outdoors came to Wells. However, it was a too late in the planting season to get the idea off the ground, she said. This year, she was able to get the topsoil and supplies to start the garden.

“As a department, we were excited to see Crpl. Wells come to us with the idea of a garden,” said Sheriff Robbie Goins. “This an opportunity for the jail staff and inmates to work together on a mutually beneficial project.”

Behind a chain link fence, in a plot close to the jail, Wells and a select few inmates have planted corn, cucumbers, tomatoes and an assortment of peppers. There is also a lettuce bed and a strawberry bed.

“Inmates who work in the kitchen will also work the garden on a rotating basis,” Wells said.

Currently, eight inmates are assigned to kitchen duty.  “A lot of them have never had the chance to work in garden,” Wells said.

The produce grown in the garden will be used in the jail kitchen. Wells thinks using the garden in this capacity will make the harvest “more meaningful.”