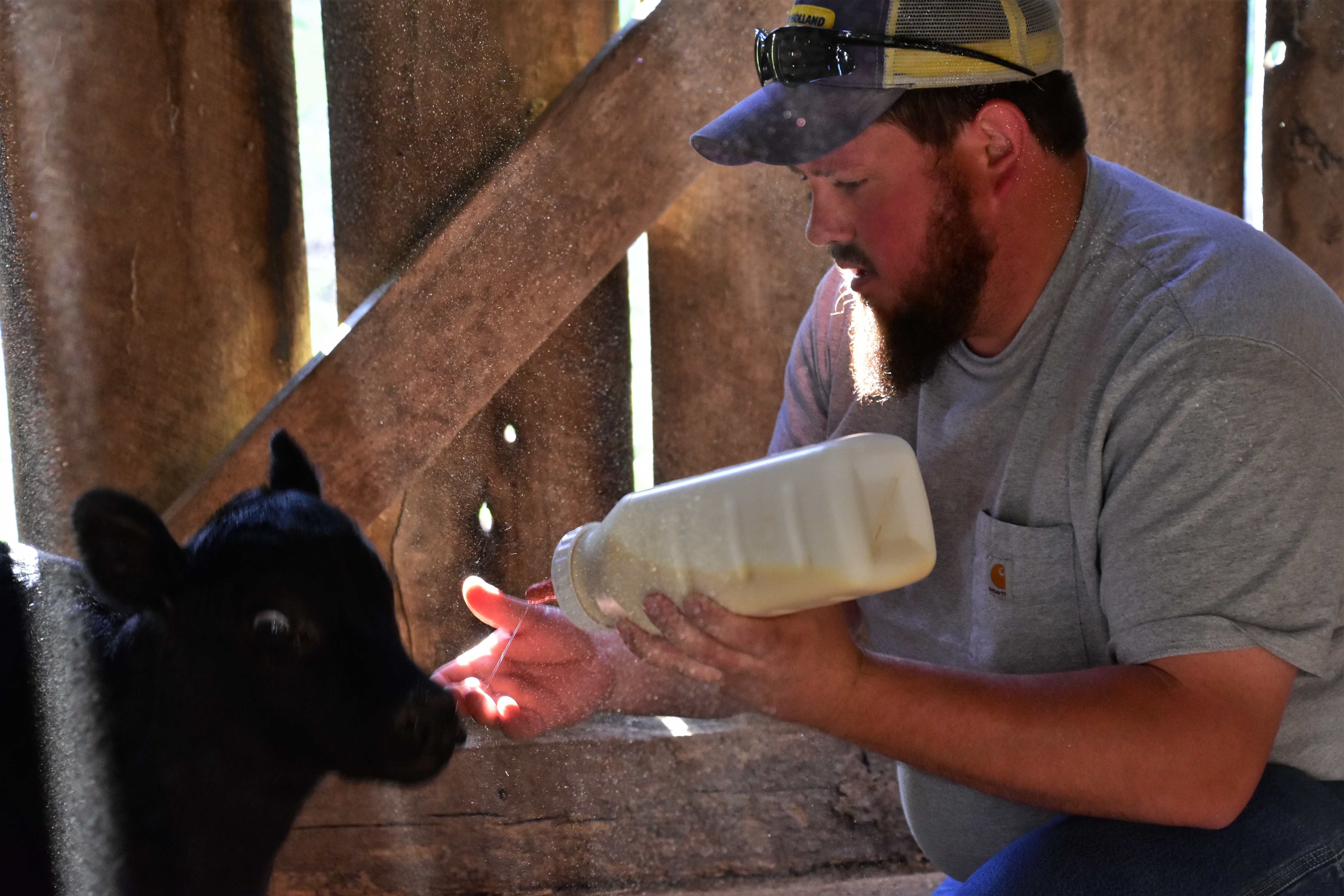 Meet Tiny, the less than a week old heifer calf, who is making good strides to surviving her mother’s abandonment.  In a sun lite back stall of the barn Adam Hutson checks the bottle flow as Tiny waits.

LAFOLLETTE, TN (WLAF) – Among the current doom and gloom, a good, heart warming story sure goes a long way.

Last Thursday, one of the cows at Russell Farm gave birth to two calves.  One is a healthy bull calf.  But the other is Tiny, a very small heifer calf weighing only 30-pounds.  As a result, Tiny’s mama abandoned her making her an orphan. 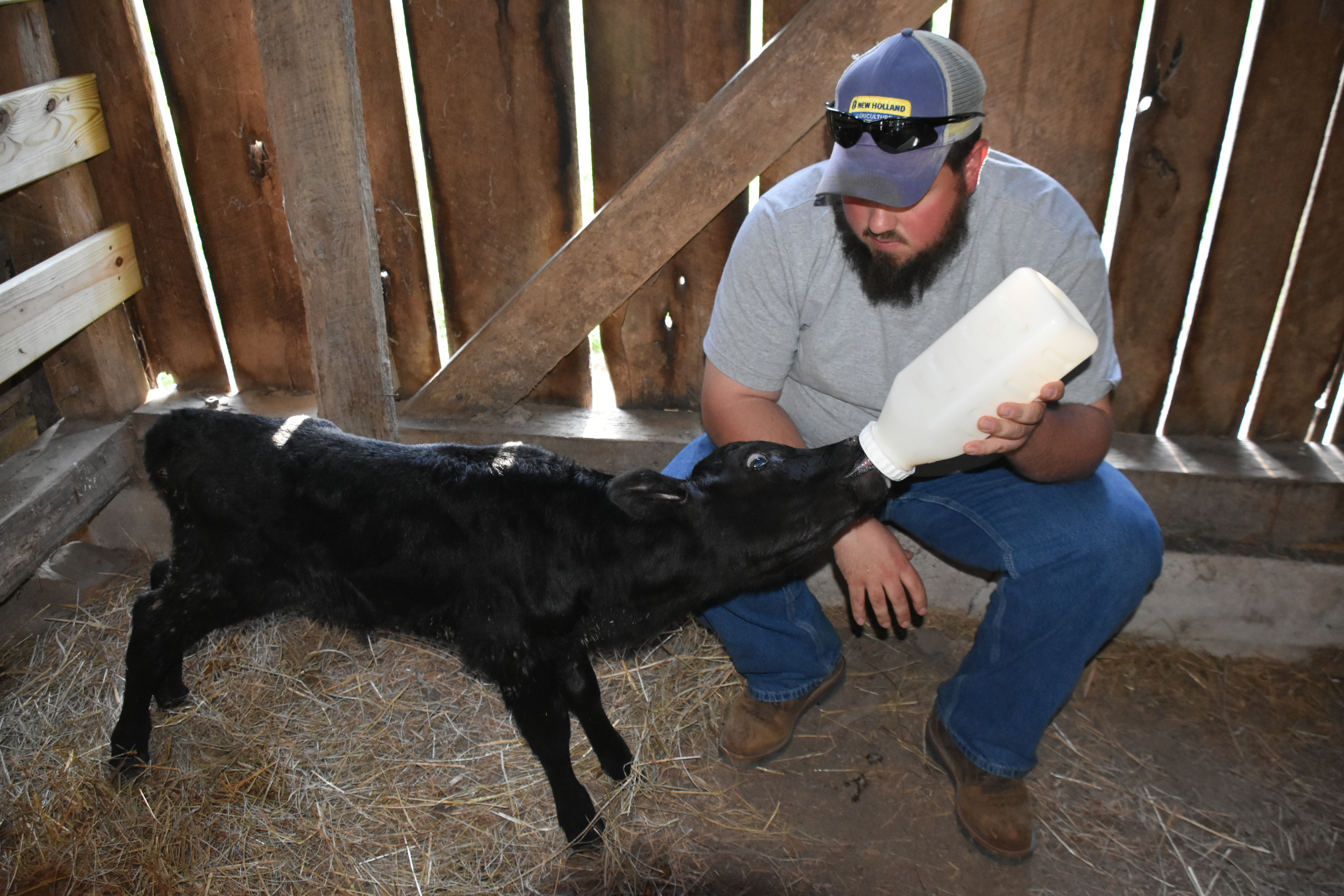 Tiny finishing off her bottle which was good to the last drop. It’s big job for a small calf.

Tiny was taken to the barn where bottle feeding began.  Not long after coming into the world, she was barely able to stand and only took about a pint of milk. 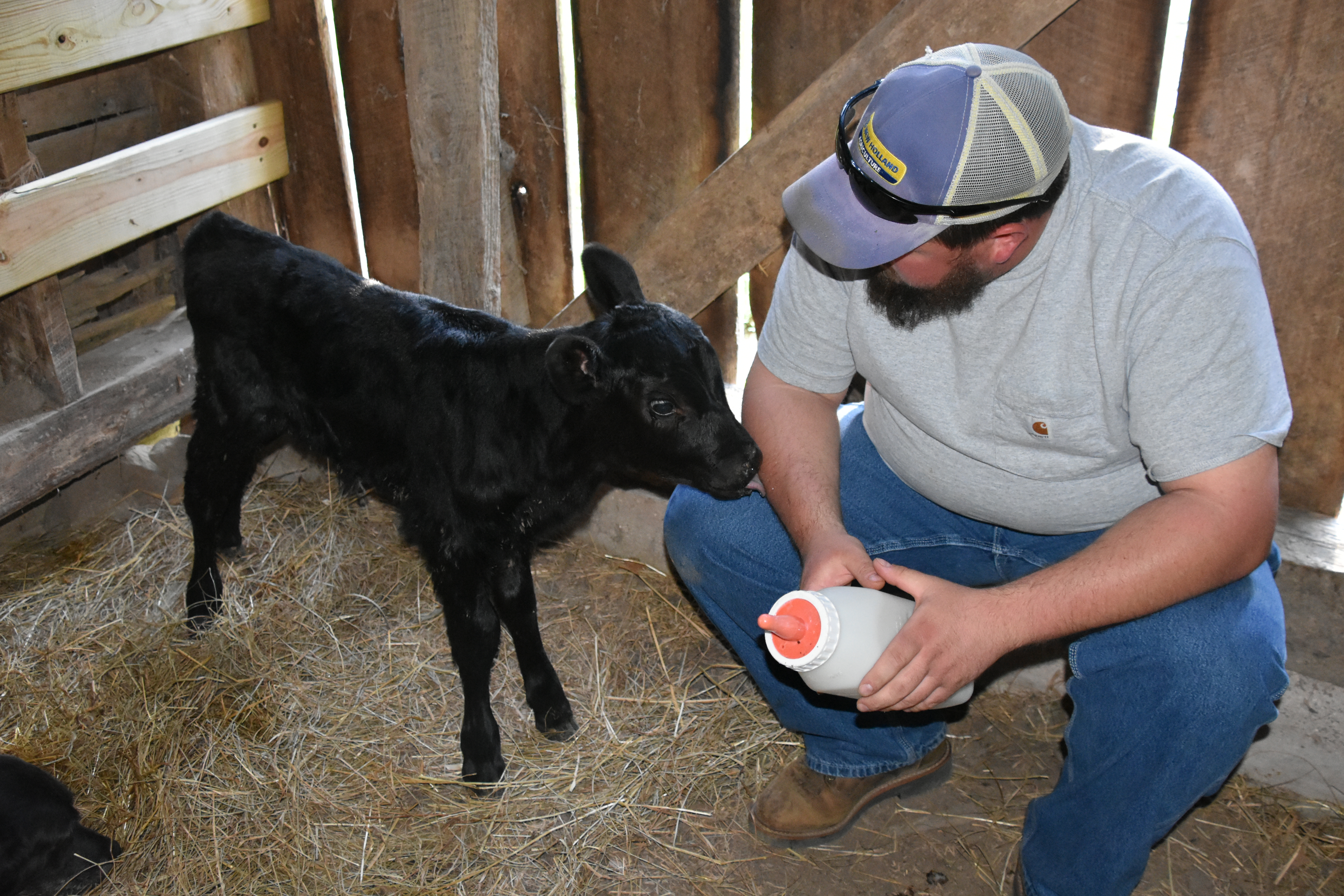 Now a little TLC time with the man that brings the food. It appears from the licking, she likes him.

There’s been progress, though slow, for Tiny, and by Sunday evening, she was able to stand on her own and take her bottle.  She’s not out of the woods yet, but it looks like with a little more TLC, she’ll be okay.  (WLAF NEWS PUBLISHED – 03/30/2020-6AM-PHOTOS COURTESY OF WLAF’S CHARLIE HUTSON)