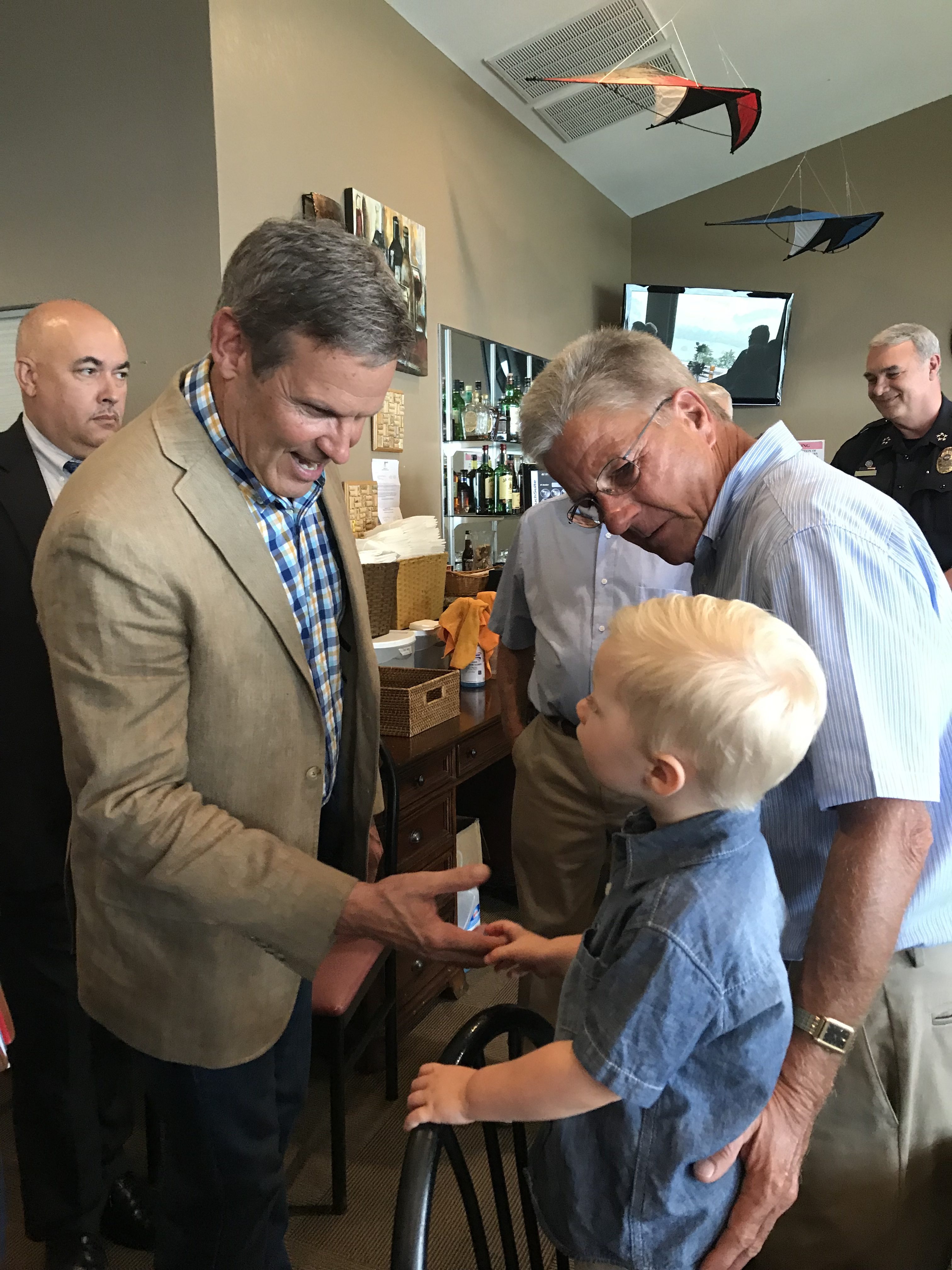 LAFOLLETTE, TN (WLAF) – With 2019 coming to close, WLAF is looking back at the stories that made headlines for the year. Today, July and August are featured.

LAFOLLETTE, TN (WLAF) – Previously, Eighth Judicial District Attorney General Jared Effler requested the Tennessee Bureau of Investigation (TBI) to investigate an officer involved shooting which occurred in the City of La Follette on April 1, 2019.   The TBI has now completed its investigation. After reviewing the findings of this investigation, District Attorney General Jared Effler has concluded that the officers acted appropriately and has requested the TBI to close its case.  Read more HERE.

This was a great day for Campbell County’ – Scott Fields

LAFOLLETTE, TN (WLAF) – It’s not every day the governor visits a small town.  It’s not every governor, especially in a non-election year, who opens himself up to rubbing elbows with voters and answers random questions off the cuff.  And it’s not every state that has a Bill Lee.  But Tennessee does, and Wednesday was Campbell County’s turn to host the first year governor.  Read more HERE.

LAFOLLETTE, TN (WLAF)- A flood that devastated a community also left a local church in shambles.  The recovery process for the Faith Way Assembly of God is underway.  On the evening of Friday, June 7, rain from an historic flood swept through the sanctuary.  Read more HERE.

LAFOLLETTE, TN (WLAF) – Staying cool in an old building is nearly impossible when the air conditioning has died.  Such was the case here at WLAF.  Read more HERE.

Shetterly supporters line the highway in his honor

JACKSBORO, TN (WLAF) – Under bright sunshine, in the heat of the day, people lined the highway on Sunday afternoon as Jim Shetterly’s funeral procession made its way from Martin Wilson Funeral Home in La Follette to the top of the hill at Jacksboro Cemetery.  Related stories are found HERE and HERE. Read more HERE.

History is slipping away

LAFOLLETTE, TN (WLAF) – The old 13th Street Church of God building has sat on top of this hill at the corner of North 13  and West Prospect Streets for years.  It’s given way to the church’s new building. Read more HERE.

‘The military put me on the straight and narrow’ – Bill Rutter

LAFOLLETTE, TN (WLAF) – US Army veteran Bill Rutter (TOP PHOTO) could not leave fast enough after his high school graduation from Powell Valley High School.  “I wanted nothing to do with Speedwell,” said the upbeat Rutter who owns and operates Computer Care in the Food City Center at Woodson Mall.  Read more HERE.

LAFOLLETTE, TN (WLAF) – Before a large crowd (TOP PHOTO) late Saturday afternoon at LaFollette City Hall, council members voted in a 16-cent property tax increase.    Mayor Mike Stanfield was absent from the meeting, due to a prior obligation. Councilman Lonnie “Hotrod” Wilson who is vice mayor presided over the meeting.  Read more HERE.

Mountain of a man tased, pepper sprayed, taken into custody at E-R

LAFOLLETTE, TN (WLAF) -La Follette Police Officers responded to the call of a disturbance in the emergency room (ER) at the La Follette Medical Center on Tuesday afternoon.   “A man who was undergoing a mental evaluation became combative and punched a wall,” LPD Captain Steven Wallen said.  Read more HERE.

JACKSBORO, TN (WLAF) – As expected, the Campbell County Board of Education voted to renew Director Jennifer Fields’ (TOP PHOTO) contract for an additional year, assuring her of four more years at the head of the school system.  Read more HERE.

Campbell has three Reward Schools for the first time

JACKSBORO, TN (WLAF) – For the first time in the history of Campbell County Schools, there are three Reward Schools in the same year of 2018-2019.  Over the past few days, an under-the-radar buzz had been swirling that some really good news was on the way about Campbell County Schools.   It officially arrived Tuesday evening at the August Board of Education meeting.  Read more HERE.

The few. The wet. The Cougar fans.

JACKSBORO, TN (WLAF) – Forget the rain.  To heck with the lightning delays.  Campbell County won!  That win is all those who sat til the end in soggy clothes will remember.  Read more HERE.

JACKSBORO, TN (WLAF) – It was a dual purpose celebration on Saturday atop Hatmaker Ridge at the Bethel Baptist Church Family Life Center. Dr. Clarence Duncan marked his 35th year at the church along with his 85th birthday.  Read more HERE.

Jeffrey Miller is ‘one lucky dog’ winning the Elk Hunt

LAFOLLETTE, TN (WLAF) – Jeffrey Miller (VERY TOP PHOTO) was selected this year as one of the participants in the Elk Hunt, and his first response was “This is honestly to me like winning the lottery.”  He adds, “This was a dream come true.”  Read more HERE.

CCHS goes ‘All in for Jack’; Cheerleaders spring into action.

JACKSBORO, TN (WLAF) – The first football game of the season is usually a time of celebration. And while this year is no exception, there is also another purpose behind the hard work going into Friday night.  Read more HERE.