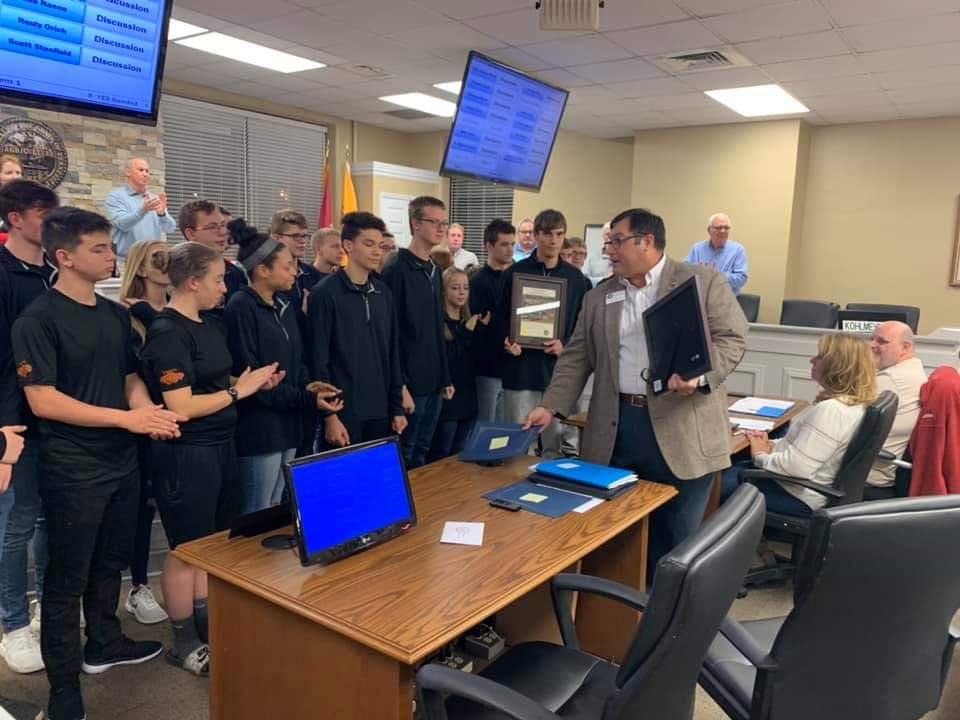 JACKSBORO, TN (WLAF) – Last week the Campbell County Commission and County Mayor E.L. Morton recognized the accomplishments of the high school JROTC Raider teams.    Morton proclaimed Dec 16 as Raider Rope Bridge National Champions Day and Dec. 17 as JROTC Raider Team Day.    ROTC instructor Major Michael Lester said he was proud of the students and that they had worked hard to achieve these honors.    Two CCHS JROTC Raider teams participated in competition in November at the U.S. Army Raider National Championships. Team one earned a first place ranking in the rope bridge category and placed 13th overall in the Army category. Team two placed third in the rope bridge competition and earned 10th in the overall category. According to Lester, CCHS is one of the smaller schools to compete in the competition, making the “National ranking” all the more special and “hard earned.”  Raider competitions are athletic competitions held at JROTC programs around the world. Events take place outdoors and usually consist of individual strength tests such as push ups, tire drag, obstacle courses and things like that. There are also distance team running events, first aid events and some form of rope bridge construction and crossing.  The U.S. Army JROTC Raider National Championships are a three day annual event that takes place at Gerald Lawhorn Boy Scout Camp in Molena, Georgia.

The National Champs are in the process of raising money to buy rings to commemorate the title.  The JROTC program accepts checks made payable to CCHS JROTC. Credit Cards through Square and also by PayPal are accepted via email jrotc231265@outlook.com    The total cost of the national championship rings is $2,400.00 for all 12 team members.  So far, $250 has been donated. (WLAF NEWS PUBLISHED – 12/23/2019-6AM-PHOTOS COURTESY OF THE CCHS JROTC FACEBOOK PAGE)