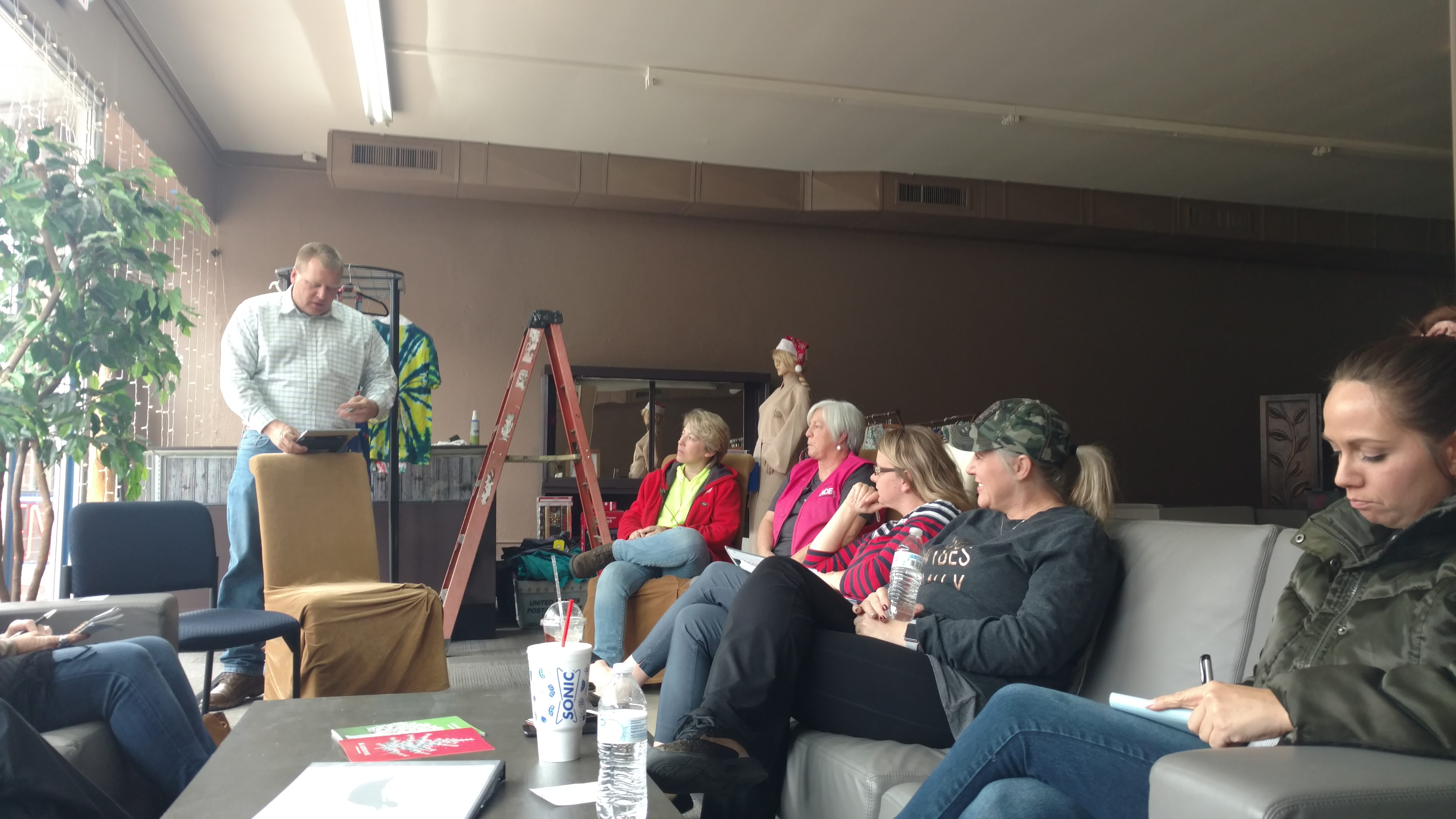 LaFollette City Administrator Jimmy Jeffries (standing) and downtown merchants have announced Downtown Country Christmas festivities for Dec. 6, 13 and 20th from 5 to 7 each day. Christmas sales, gift giveaways and holiday activities are planned for each day.

LAFOLLETTE, TN (WLAF) – Christmas festivities will be held in LaFollette on Dec. 6, 13 and 20th for the first ever Downtown Country Christmas.

The event will kick off on Dec. 6 and will be held from 5 to 7 p.m. each Friday leading up to Christmas. Downtown merchants will be hosting a slew of Christmas sales as well as doing drawings for gifts and prizes at each business each week. On the 20th, there will be a grand prize drawing valued at $500. The City will donate the money to the Campbell County Chamber of Commerce, which will then spend it on gift cards from down town businesses to be given out on the 20th. You must visit downtown businesses for tickets and be present to win.

The LaFollette High School-Community choir will be singing carols on Dec. 6. There will also be a Christmas tree lighting at 6 p.m. at the Christmas tree in town at the Fleet Building.  Another lighting ceremony will be held at Freeman Park shortly after. There will also be caroling on Dec. 13. Nikki Campbell with Smith Ace Hardware said they plan on grilling on the 13th as well.  On Dec. 20, the LaFollette Church of God will present a live nativity scene at the park and Pastor Michael Dent will do a reading of the Christmas Story.

Free popcorn, photos with Santa Claus and holiday activities will be available each Friday. 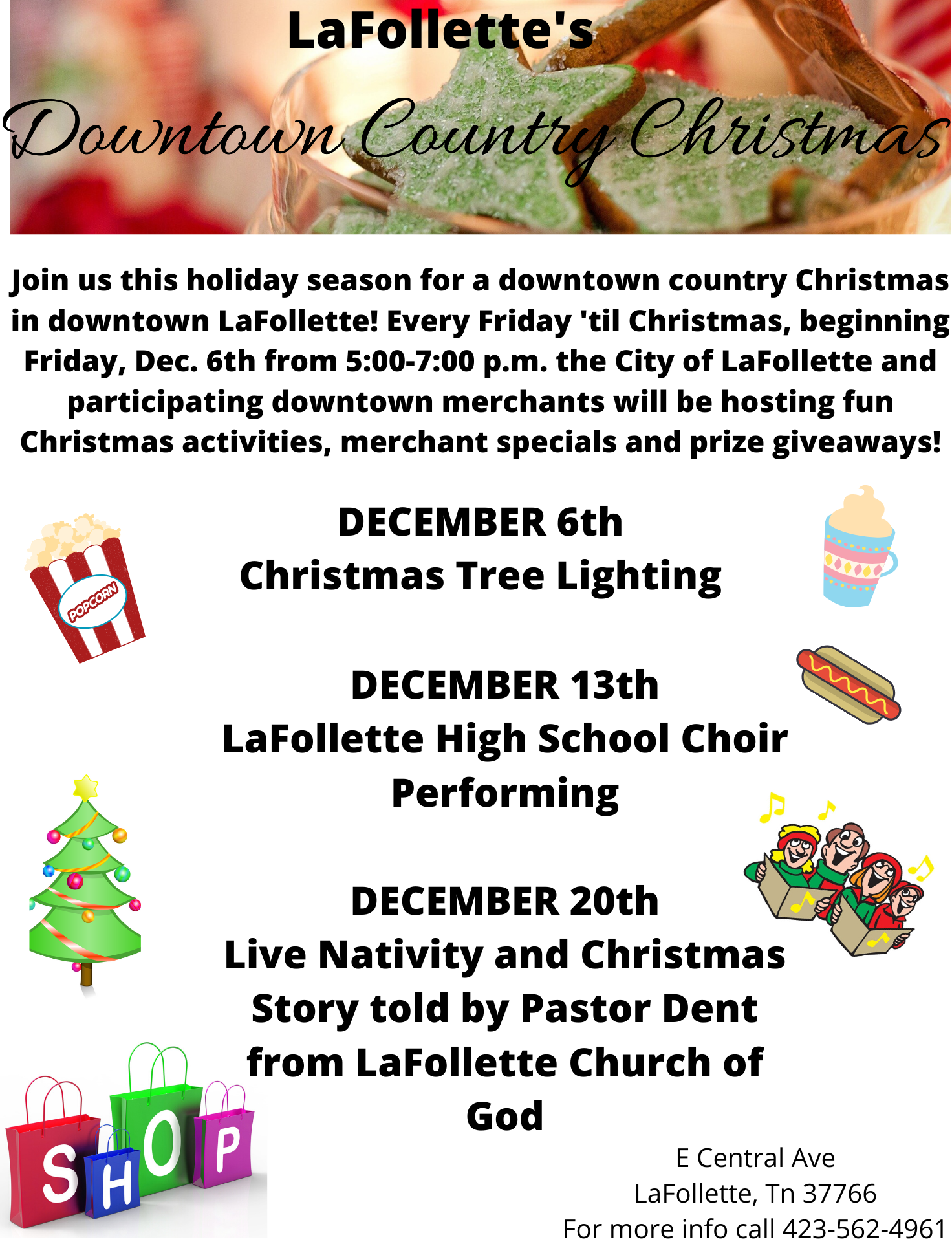 Down town LaFollette business owners and city administrator Jimmy Jeffries have held two town hall meetings to discuss ways to spur business for the holidays. According to downtown merchants and the city, business has been off since the construction closing of the lane in front of many of the downtown businesses. The bridge construction is not scheduled to be complete till sometime in May, according to Jeffries.

To combat this and to also provide holiday activities for the community, the city and merchants have planned these holiday events on the three Fridays leading up to Christmas.

“I know it’s been tough on the merchants, and there’s not been anything we can really do to fix this, so we really hope this helps bring in extra business for the holidays and also gives the citizens something fun to do,” Jeffries said.

Flyers with merchant sale information, as well as festivities planned will be printed up and placed downtown and at other local businesses and shops. Information will also be announced on the city’s social media page. WLAF will announce details as they develop on the website, tv and radio.

If the events are successful, they could become an annual holiday happening, according to organizers. (WLAF NEWS PUBLISHED – 11/29/2019-6AM)