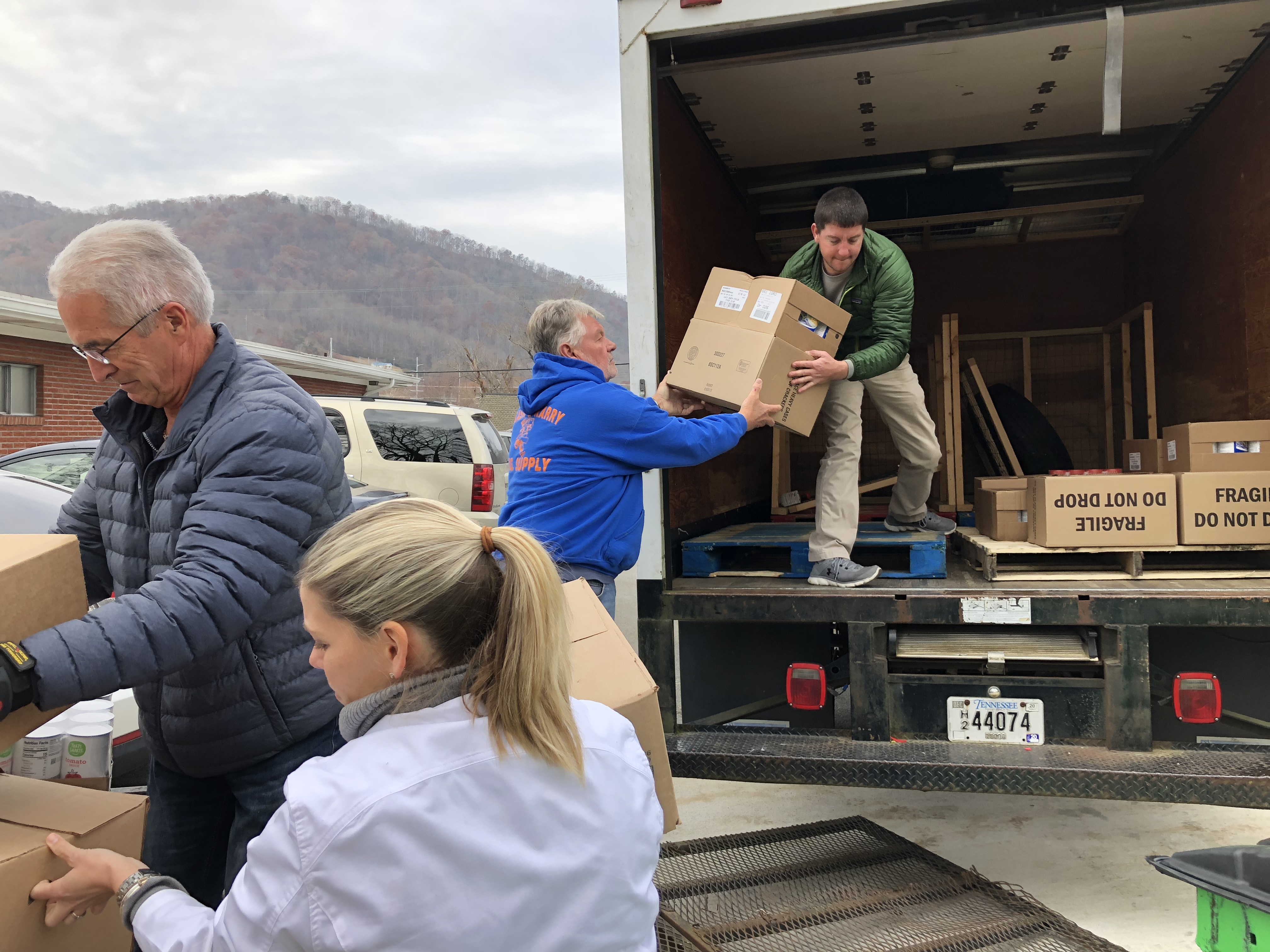 Pryse said, “First Volunteer Bank was very instrumental in the success of this food drive.”  She’s quick to express thanks to all those who donated and to Food City and the two Terry’s Pharmacies. 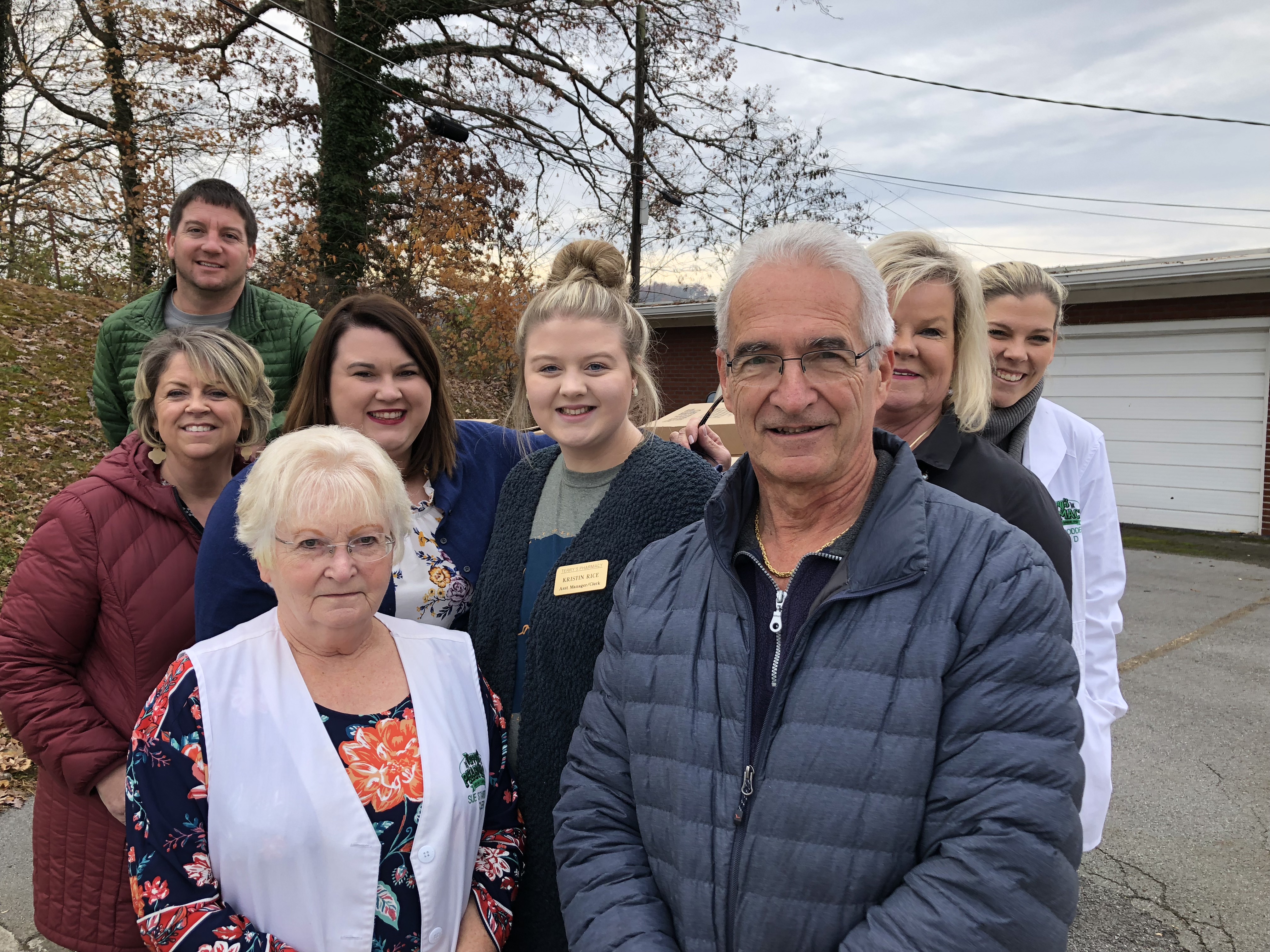 Some of the smiling faces behind the latest Terry’s Pharmacy food drive.

“Once again, the people of Campbell County pulled through for those in need.  Many of those who made donations have also been in need at one time or another and understand that side,” said Pryse.

The food was donated to Food Life Services.  Jim Holtslag with FLS said, “This food will be distributed over the next week or so.”  He estimates that this latest Terry’s Pharmacy food drive will feed more than 200 families.  (WLAF NEWS PUBLISHED – 11/27/2019-6AM)