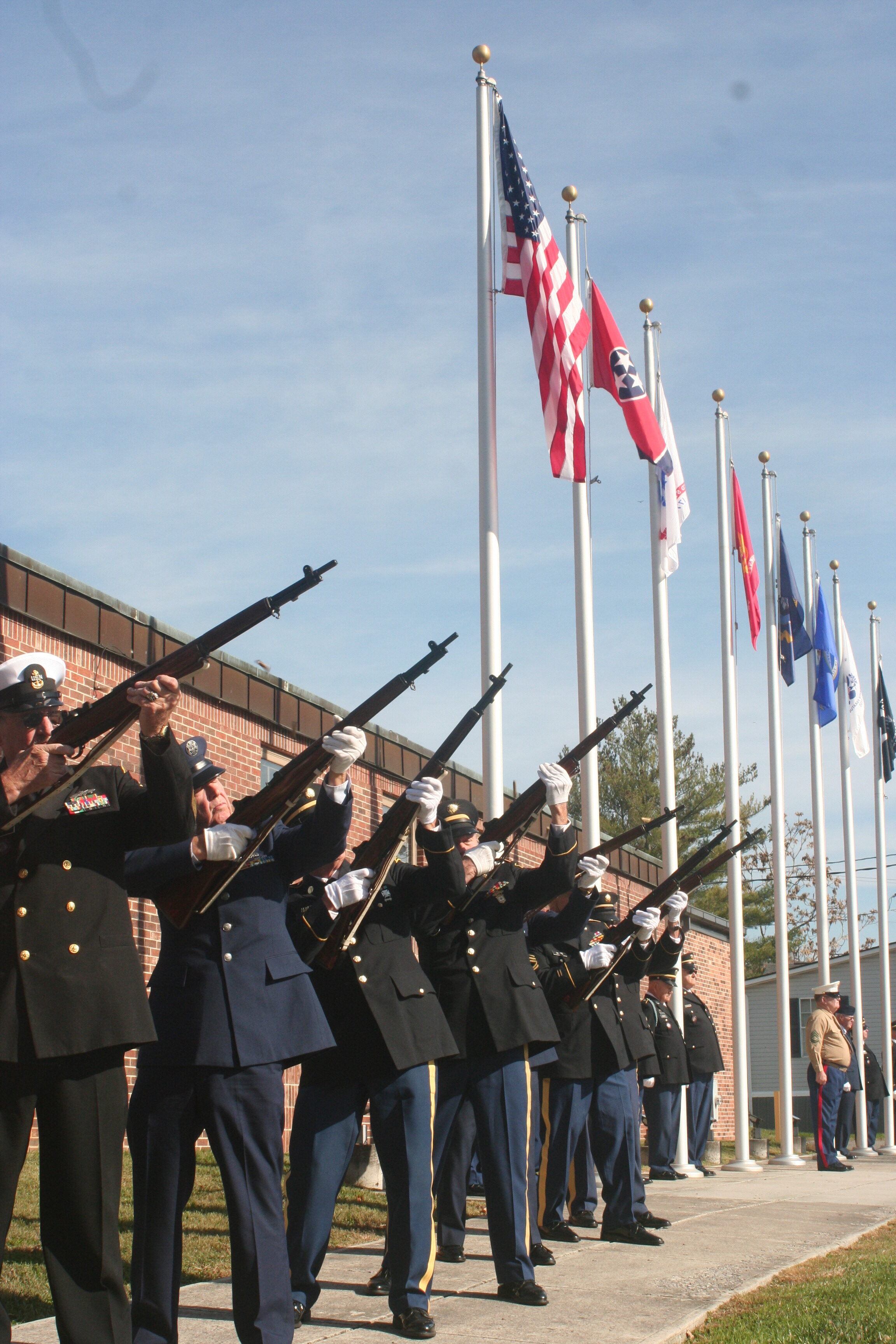 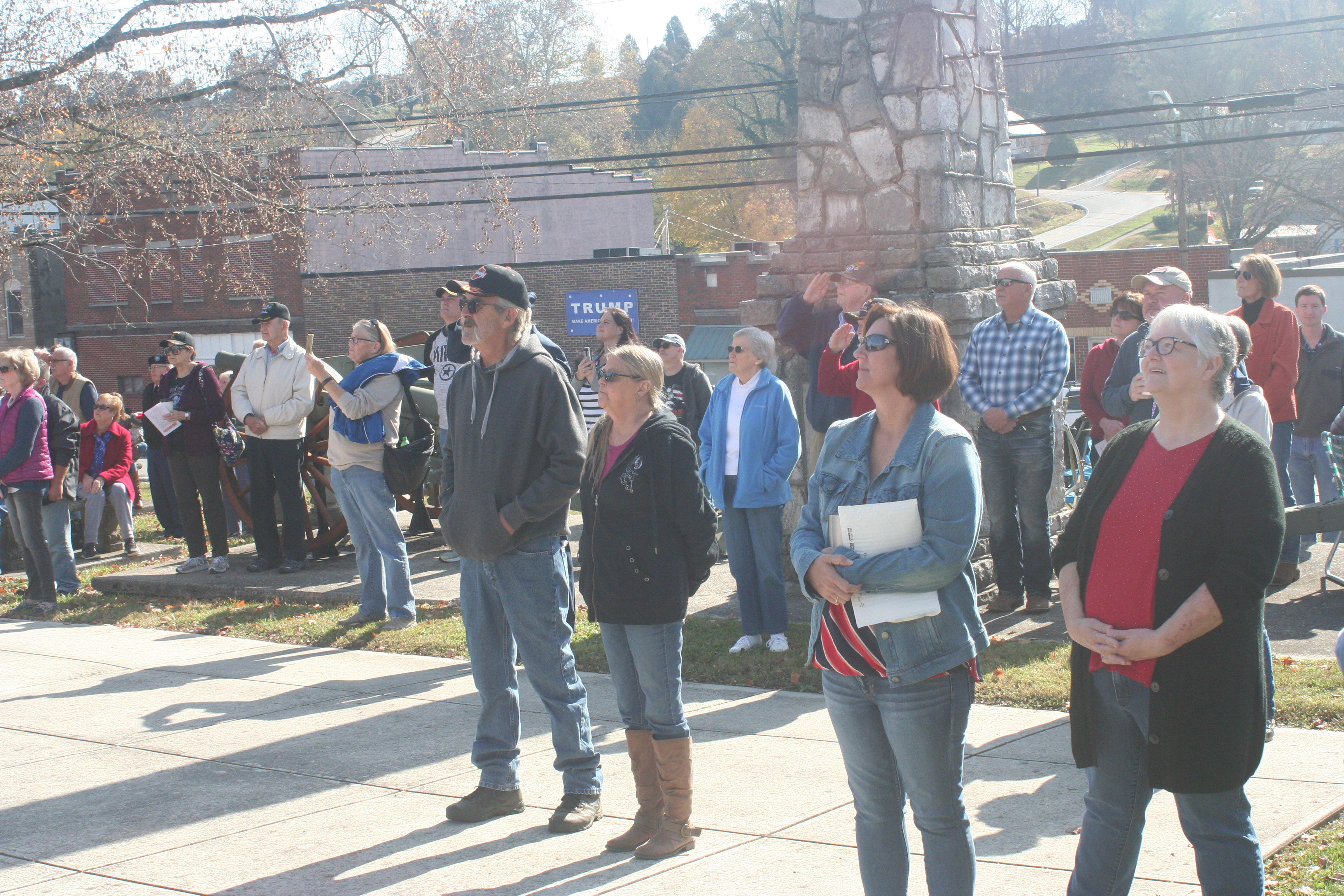 JACKSBORO, TN (WLAF) – A crowd gathered at the Campbell County Courthouse on Monday morning for a special Veteran’s Day Ceremony.

Lt. Colonel Logan Hickman was the guest speaker for the event. He spoke about veterans local to the county and their impact. His speech was titled The Veteran in the Family and reflected on how hard war is on families, as well as how important family support systems are for veterans.

“It’s totally different when it’s your son or daughter sent into the combat zone,” Hickman said.

He requested a moment of silence for three local veterans who lost their lives in some of the country’s more recent overseas conflicts. Alfred Barton Siler was killed in action on May 25, 2005, Gregory B. Hicks was killed on January 8, 2004 and David Keith Cooper was killed Aug. 27, 2008.

“We want to recognize these three and the many others who have died so we could live,” Hickman said. 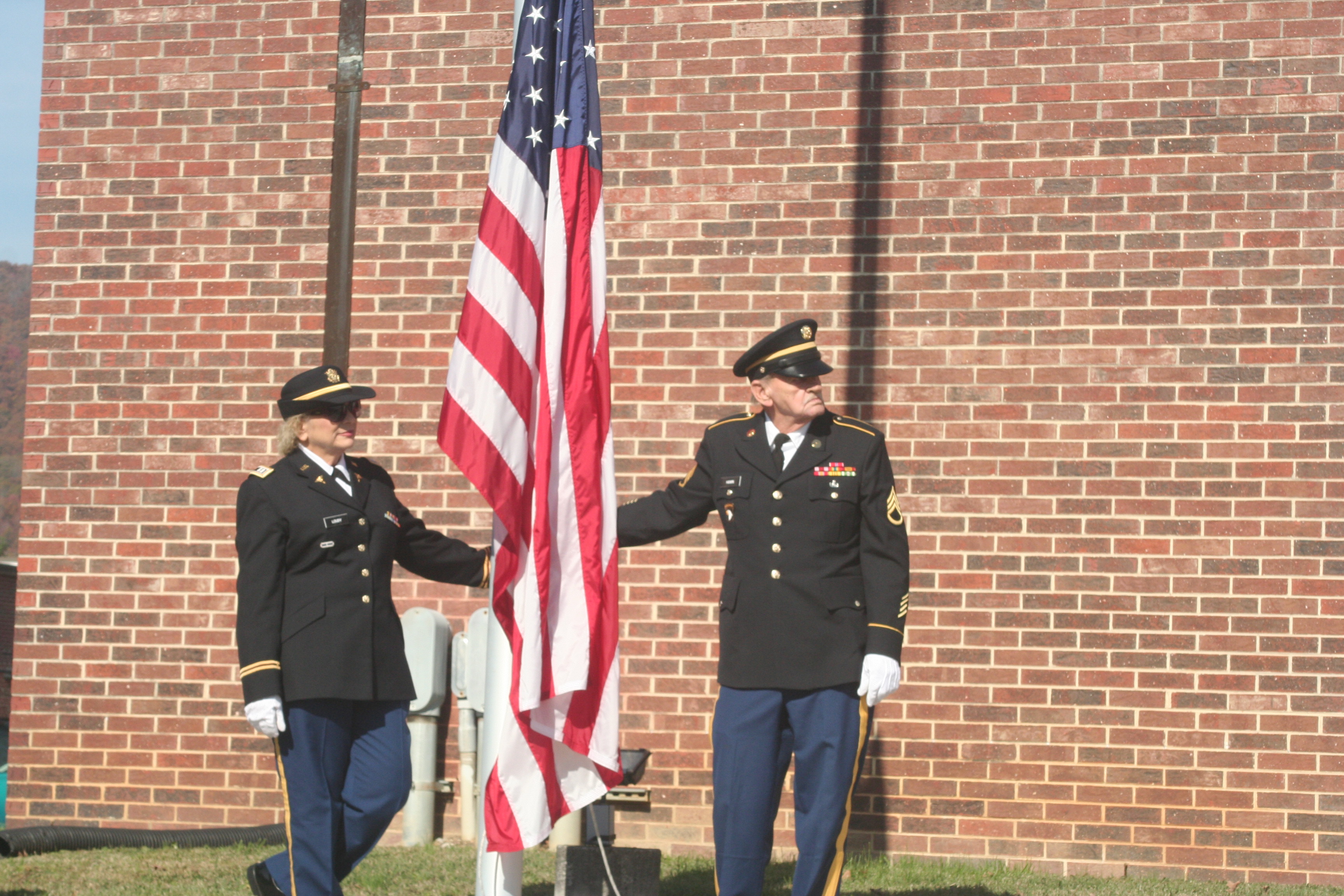 The raising of the colors. 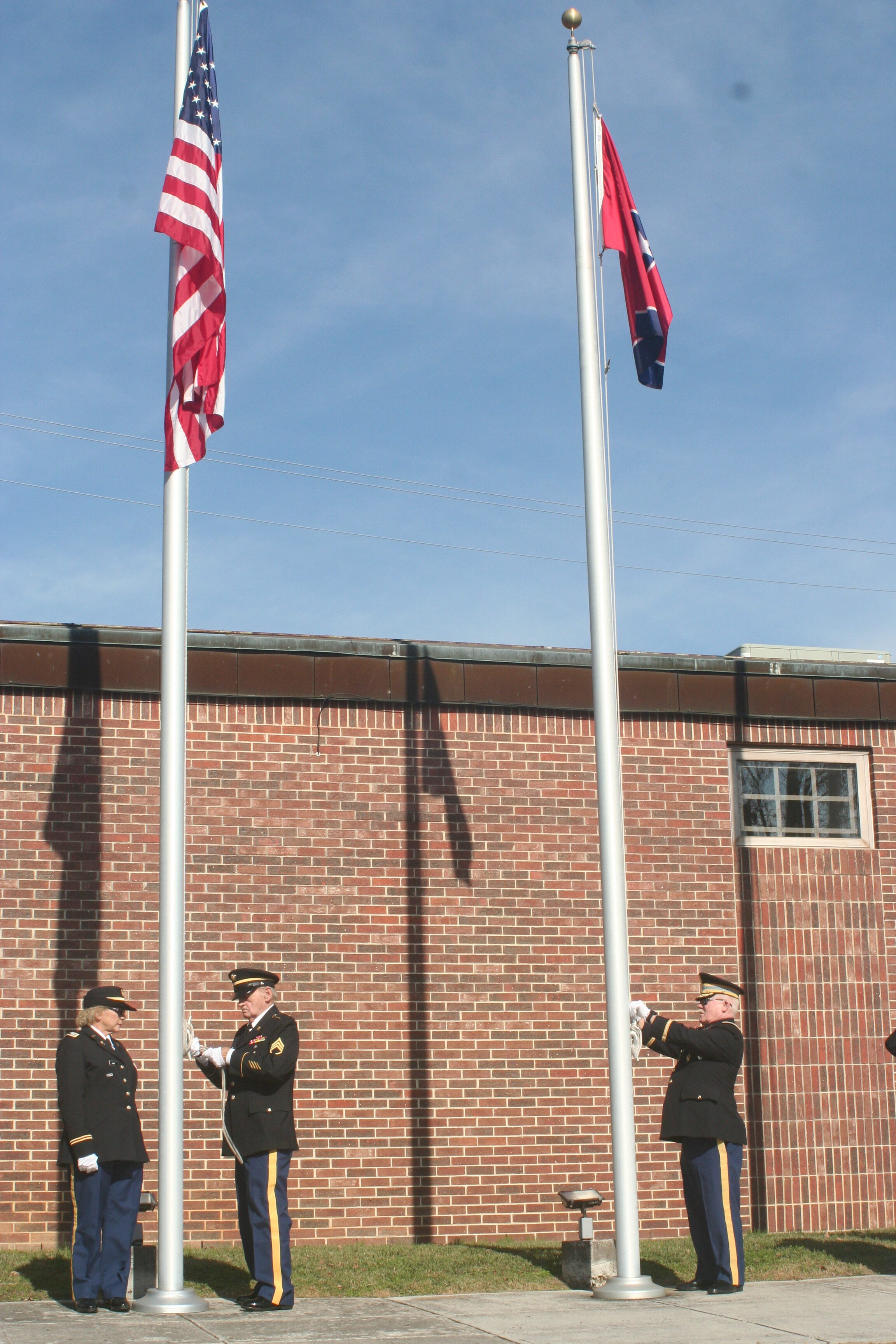 A 21-gun salute was held by members of the Campbell County Honor Guard for all fallen soldiers. Military veterans in the audience saluted as taps was played. Flags representing each military branch of service were raised to honor Army, Navy, Air Force, Coast Guard, Marine as well as any Prisoners of War. Campbell County Veterans Affairs Director Kevin Walden sang a special song in honor of all Campbell County Color Guard members who passed away.

“We are so very fortunate for each and every veteran we have in the county,” Morton said. 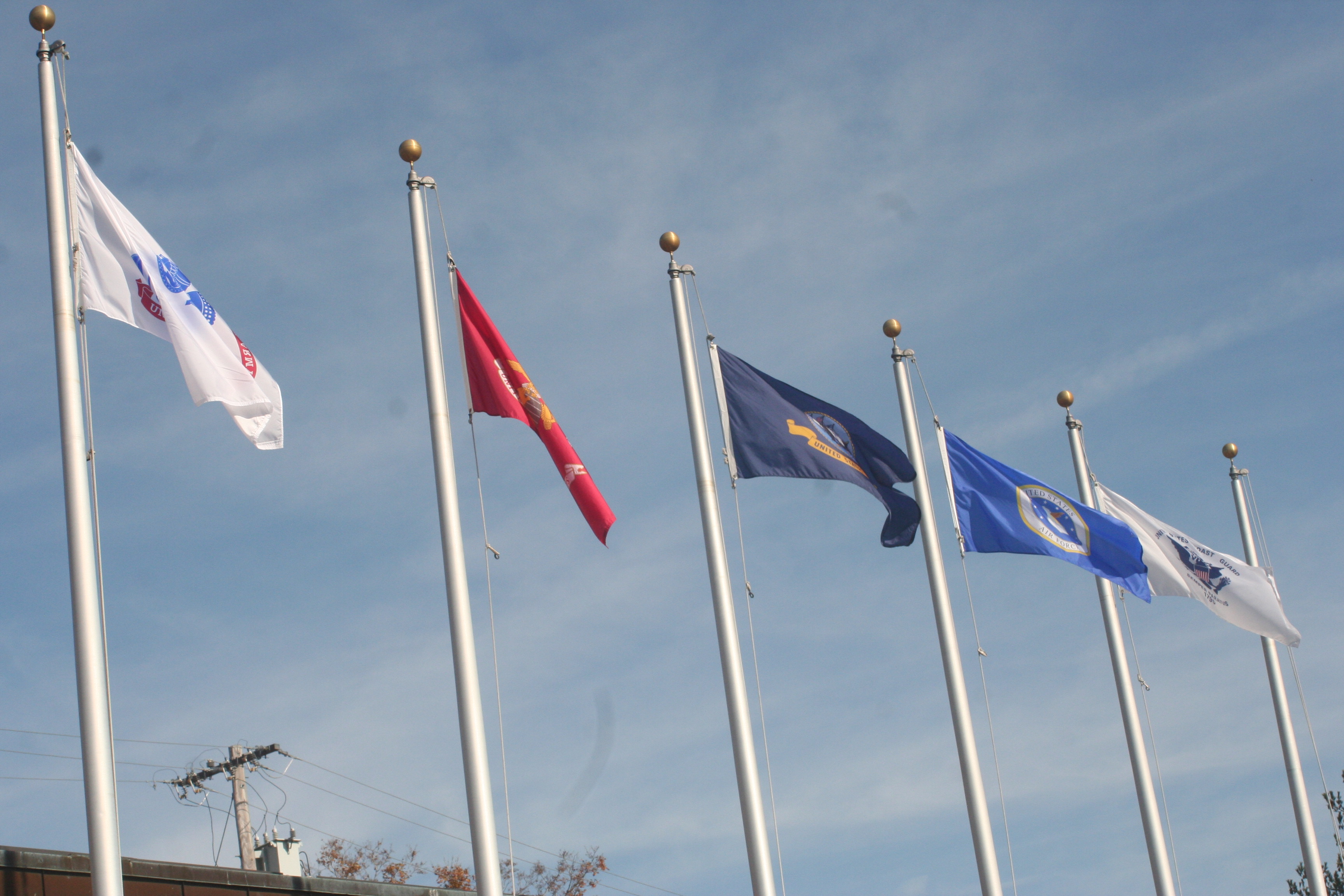 “We recognize fully their sacrifices and our hearts are filled with respect and gratitude,” Hickman said. (WLAF NEWS PUBLISHED – 11/12/2019-6AM-PHOTOS COURTESY OF WLAF’S CHARLOTTE UNDERWOOD)