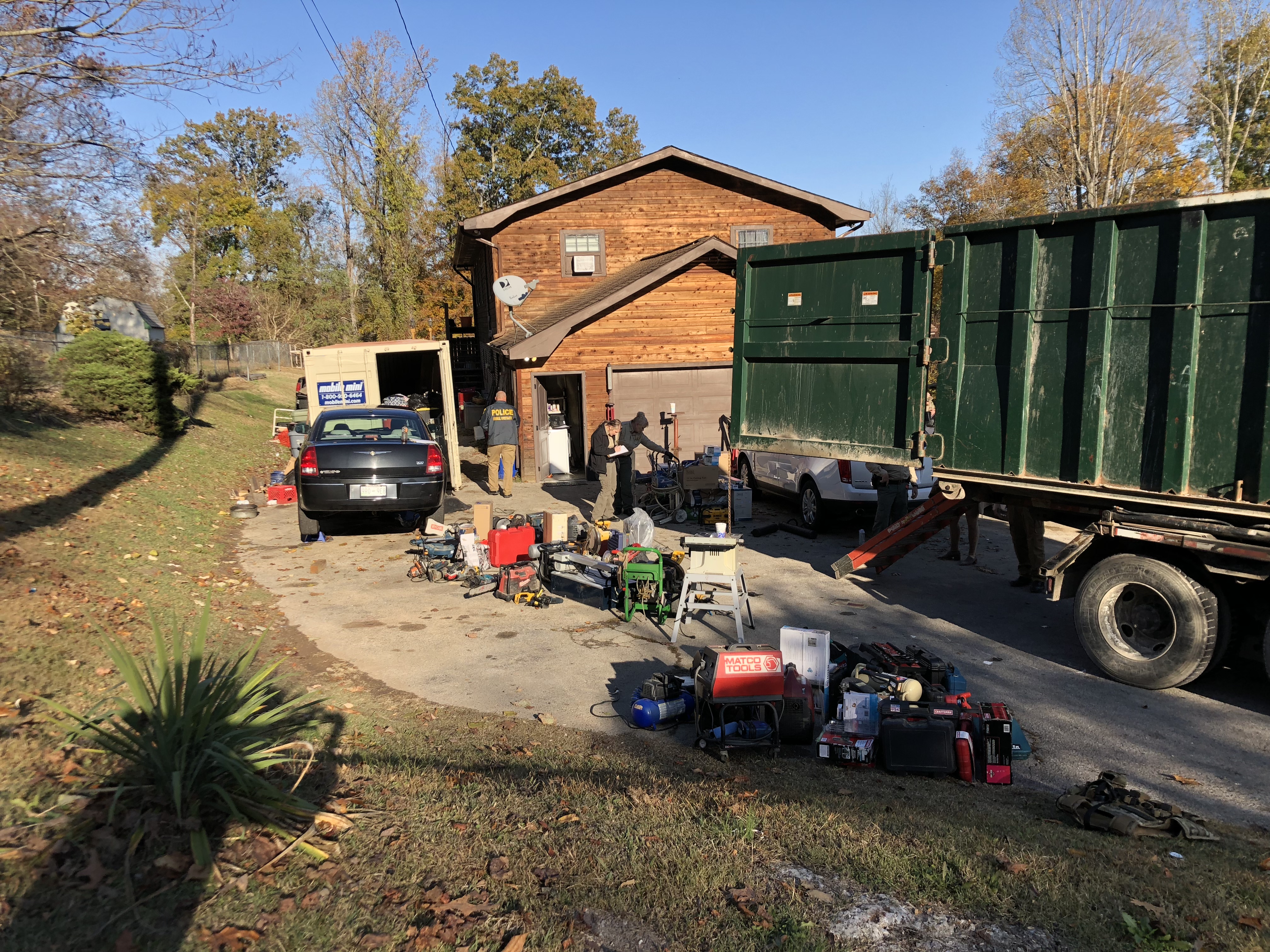 Less than a week ago, Sheriff’s Detectives began an investigation into a home burglary where several firearms were allegedly stolen.  On Thursday, that investigation led investigators to a storage facility in East La Follette and a possible suspect.  The trail then led detectives to a home on Woodland Drive at Claiborne Road in south La Follette where Sheriff’s Deputies and La Follette Police Officers discovered one of the largest caches of stolen property in recent Campbell County history. 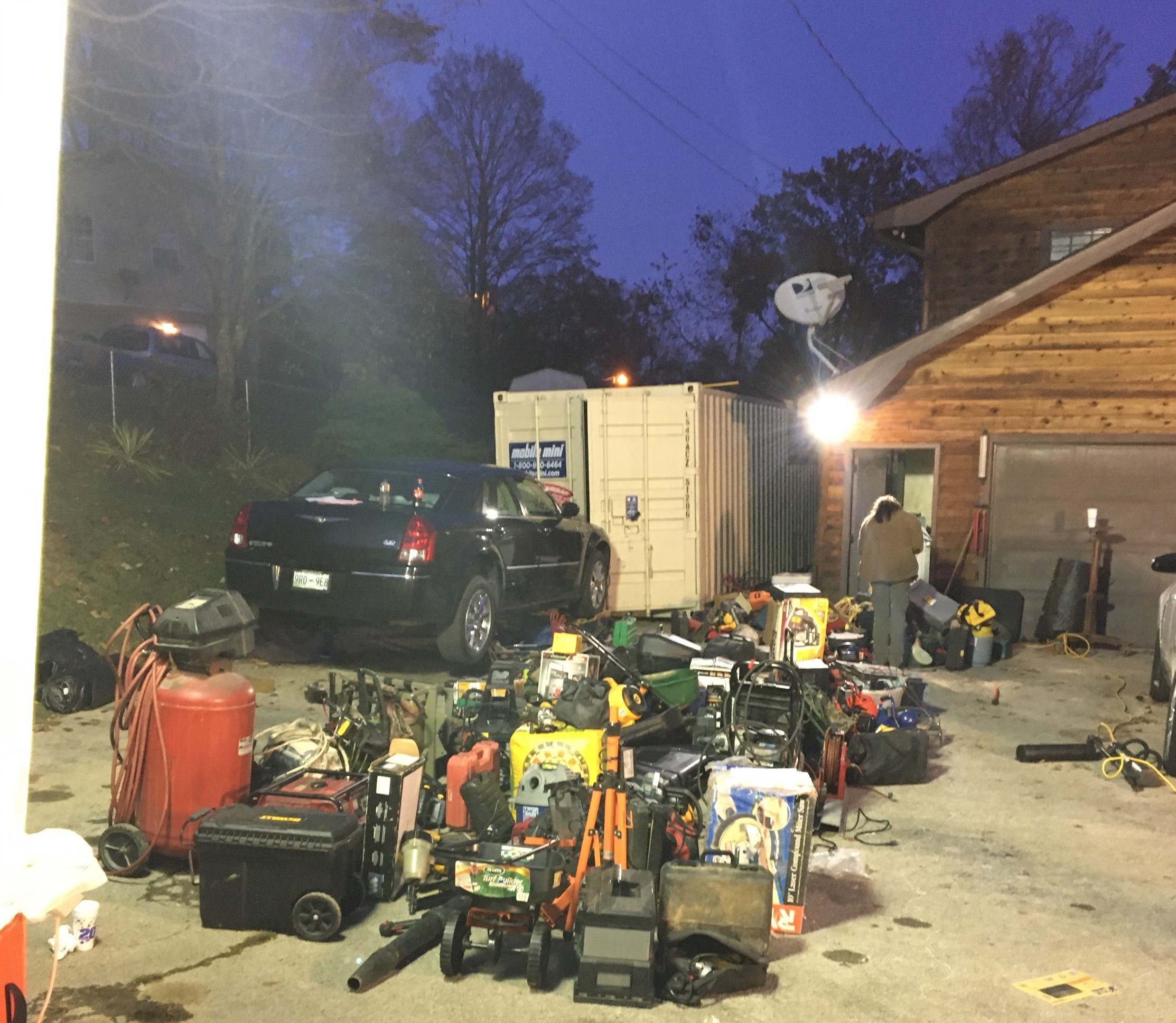 Investigators worked until midnight Thursday night and late into the night on Friday recovering countless items.

The massive number of items is expected to take several days to log and inventory.  Surrounding law enforcement agencies are being notified as to the content of the discovery due to the nature of several of the items.

Two individuals were taken into custody at the scene.  Though Sheriff Goins calls this an ongoing investigation as law enforcement continues looking for a third person believed to be involved with the theft.

John Muse, Jr., age 25, and his father, 63-year old John Muse, Sr., were taken into custody on Friday, according to jail records.  Both were arrested at their Woodland Drive home; Junior at 2 pm and Senior at 6 pm.  The pair is being held this morning in the Campbell County Jail without bond.

Goins expressed his appreciation to La Follette Police for their participation in the investigation.  He said, “LPD’s involvement played a key role in the discovery of the stolen items as well as the capture of the two suspects.”  (WLAF NEWS PUBLISHED – 11/09/2019-6AM)