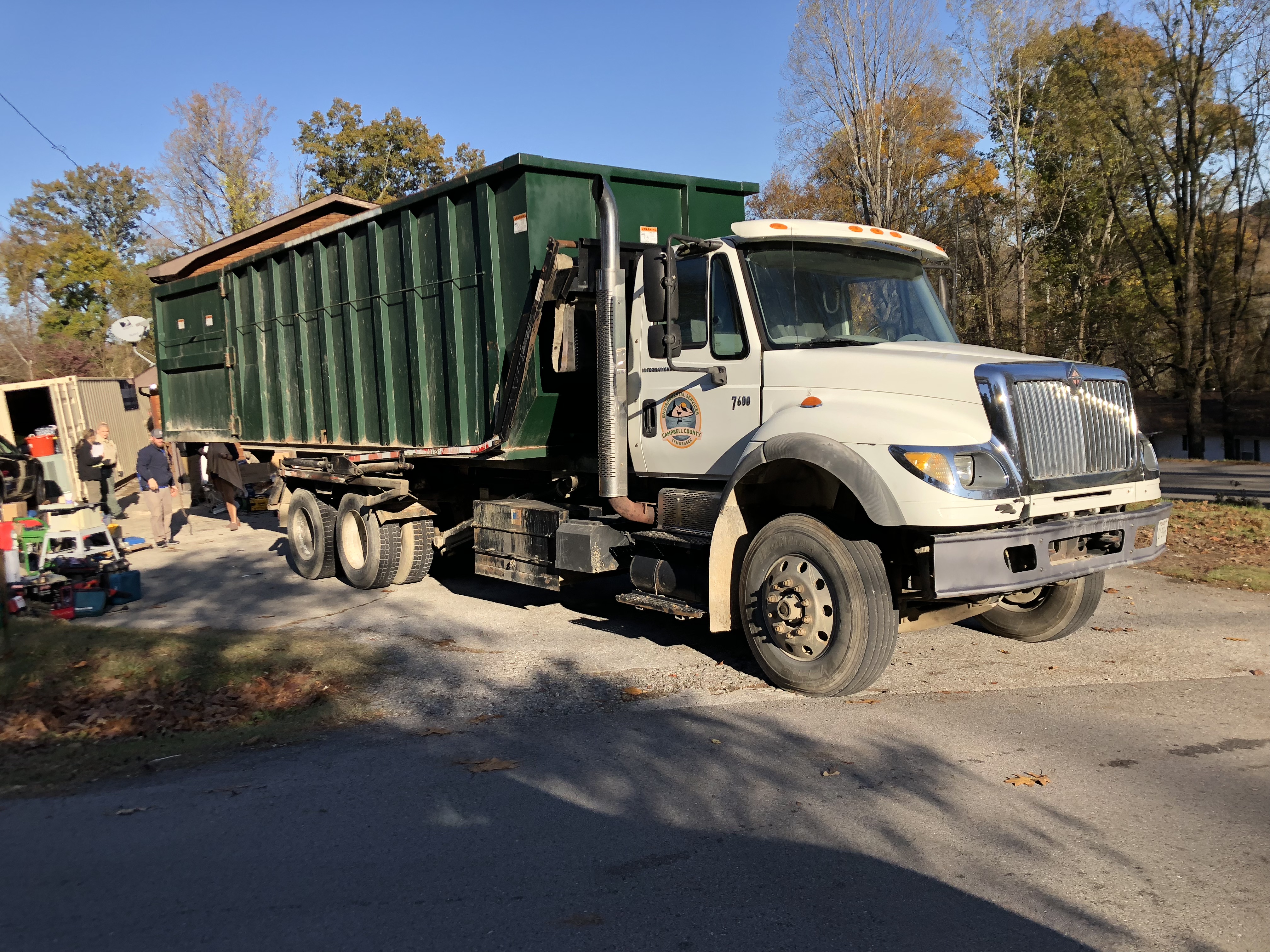 For a second straight day, multiple officers and investigators are recovering and taking inventory of suspected stolen items .

LAFOLLETTE, TN (WLAF) – Six new Whirlpool refrigerators, stacks of plywood, over 90 guns, 40 new chain saws, tools are among the goods police are finding.  And that’s only scratching the surface of suspected stolen items that are being recovered this afternoon from a home on Woodland Drive at Claiborne Road in south La Follette.  Investigators with the Campbell County Sheriff’s Office and the La Follette Police Department have been carrying  loads of items from inside the home, in storage units behind the home and around the home after a search warrant on stolen property was executed.Word coming to WLAF is that this massive, very difficult to describe, haul of suspected stolen items began on a tip after sheriff’s investigators were working a home burglary from earlier in the week.  The tip led investigators on Thursday to storage units in East La Follette where countless suspected stolen items were discovered.  Officers worked until midnight recovering items in day one of what could likely go into a third day of work.

This home on Woodland Drive has been a bee hive of activity on Friday.

Two tractor trailer loads of items are being recovered that includes items such as back pack blowers, jewelry, nail guns, paint sprayers, high dollar patio furniture, deck boarding and loads of building materials.  WLAF was told by sources there is a multitude  of new clothes inside the home; so much clothing that there are paths through the home around all the clothing items.

Investigators are filling this large truck with items.

Arrests and charges are pending against at least three individuals.  It’s estimated that it will take days for all the items to be inventoried.  (WLAF NEWS PUBLISHED – 11/08/2019-4PM)